New snow about a foot in most places, much thinner in areas that had been stripped by wind.
Below 3000 ft soft light powder at surface, lots of alders sticking out and rocks barely covered by snow.
Above 3000 ft when skin track veered onto more SW aspects the new snow felt more cakey and slab-like. Alders poking through snow and rocks right beneath the surface.
On ridge above 4000 ft there was a 1 inch 4F windslab on all aspects, waves of softer wind sculpted snow. Also observed a new thin crust sitting over new snow, a mix of stellar dendrites with graupel. We were perplexed on how this formed and are sure this was not the old thin crust we had seen in previous visits to Hatcher as it was definitely sitting on top of new stellars.

Highly variable! Most places were either soft new snow or cakey fist hard wind affected snow sitting over either facets or old wind slab on top of facets. The distribution of the old wind slab was highly variable ranging from non-existent to 6 inches. The old wind slab over facets ranged from breakable to stout, unbreakable. We were not very worried about this old persistent slab as it was so discontinuous and variable. Breaking trail was challenging, especially down lower, as skiing was often bottomless feeling (fresh 1 ft of snow over facets in alders).

Did a lot of pole probing, hand pits, and hand shears. Hand shears demonstrated high variability. In some areas the new snow sheared off easily in a cohesive block and in other areas it broke apart and and did not shear easily.

The discontinuity was definitely in our favor for stability as poorly structured areas were small and discontinuous. 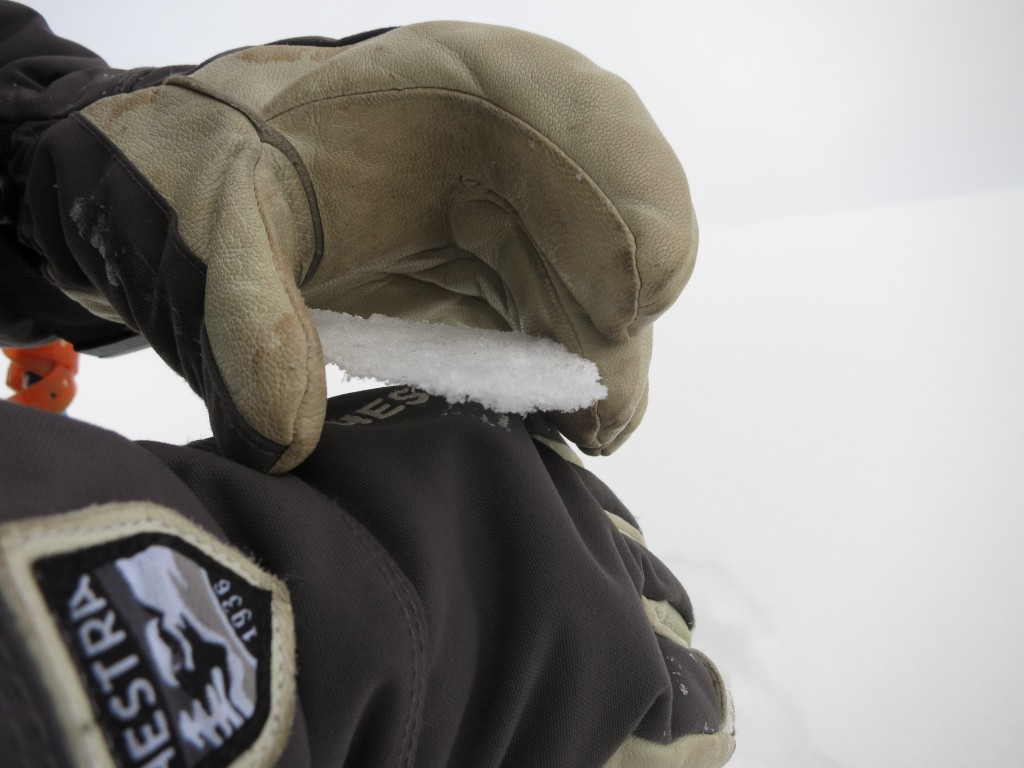 New crust found on top of Marmot ridgeline above 4000 ft 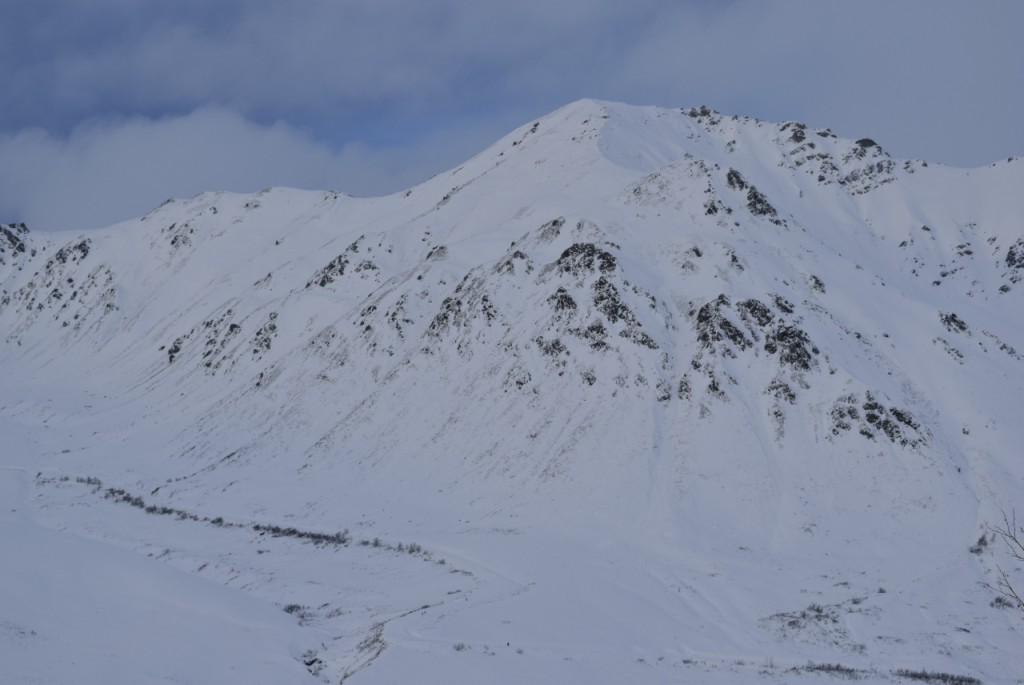 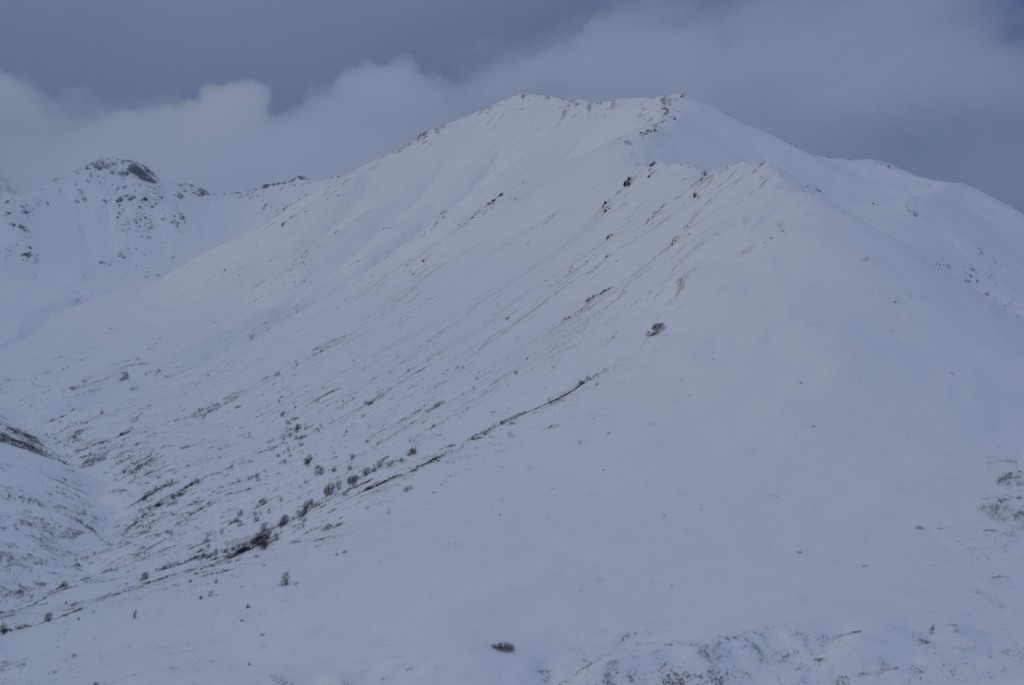 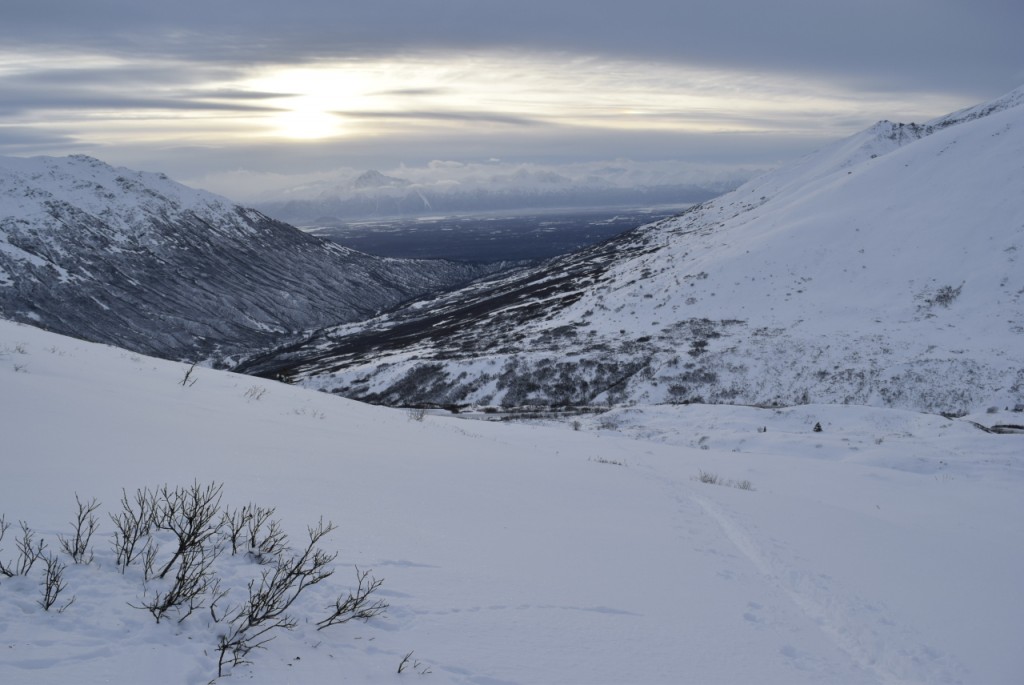 Alders poking through along the skin track up Marmot 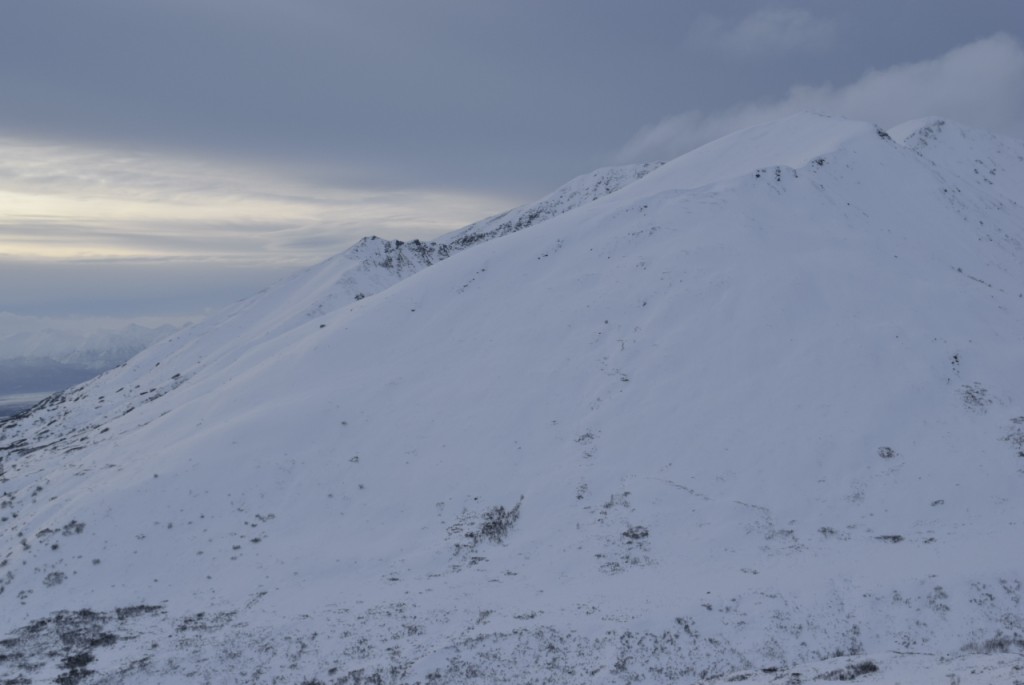 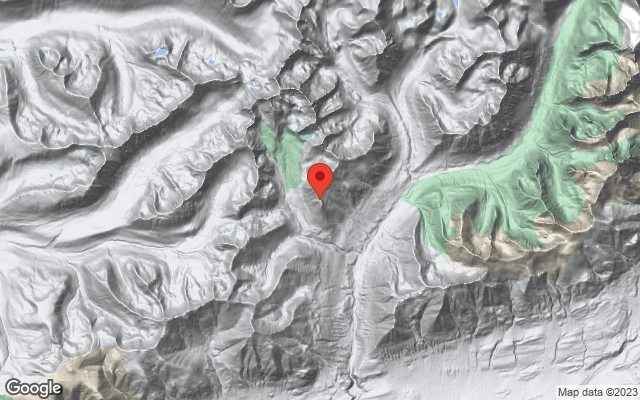