We skied lower angle runs on the same slope earlier in the day and the day before. Snow was settling pretty consistently when setting the skin track. Shooting cracks <5ft. Hand pits showed very weak layer of facets on the ground. Some blocks would release before cutting the back. We deliberately skinned up the thinnest snow we could find avoiding deeper zones of wind blown hard slabs with no releases but an occasional whumpf.

We skied a little depression/gully that collected snow. Knowing that triggering something was a real possibility, Skier 1 skied the slope fast and into the safe zone before turning around to look up the slope. A pocket of wind loaded (not recently wind loaded, probably from Tuesday/Wednesdays snow/wind) on a steep convex knuckle released to the ground. It moved pretty slow but did have enough to run a few hundred feet. The crown started 25 feet away from Skier 1’s tracks across the slope. The snow didn’t break around the skiers feet probably because it was wasn’t cohesive enough to form a slab. Skier 2 heard a collapse within Skier 1’s first few turns but couldnt see the release. Dog 1 and Skier 2 both descended the same slope individually without any further releases. 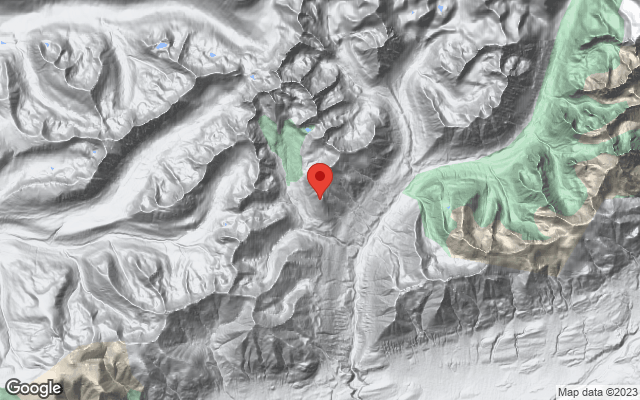