Triggered soft slab halfway down NW facing Rae Wallace ridge/spine run in recent snow layer immediately skiers right of the steep NW facing up track. Snow broke in an unsupported area and shed on either side of the ridge, coming to a rest well down the apron. Bed surface seemed like a thin rain crust. Slab was 10" deep +/- . Entrained more snow than expected, maybe due to how soft the surface snow was. Avy ran fast and far enough to kick up a powder cloud. Debris might've been approx 2-4 ft deep in places. Of the 3 similar lines our party skied today, this was the only one which slid. No issues for skiers involved in this case - slab broke below skiers feet.

This was a good reminder to minimize exposure/risk to 1 person at a time - 2 of 4 party members were spectating the next skier who triggered the slide. They had less than 10 seconds to get off the apron before the avalanche would have overcome them - had they not been paying attention, had skis off, not listening to radio alert - that could created a worse situation.

Noticed 1 new, skier triggered, avy closer to HP Lodge on Marmot NW ridge when we skied out. Now seeing there was a 3rd avy reported by HPAC, again further west along the Rae Wallace face.

No formal tests. Cornices were not stubborn to break at the new-old snow interface 10" down, but did not step down.

Crown lines in the distance 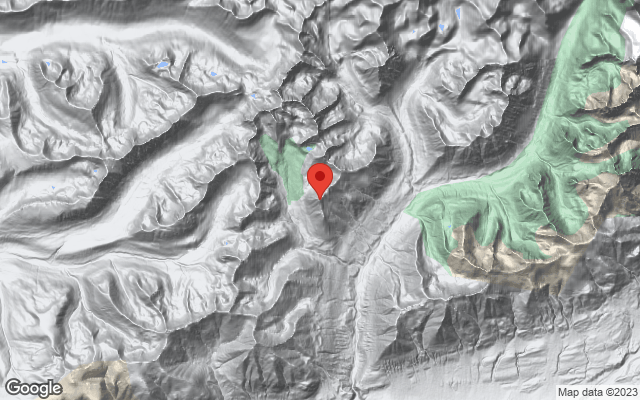