Went for a tour up Marmot to see the aftermath of Monday’s storm and to see how the snowpack was adjusting. We observed more wind effected snow than anticipated, numerous natural storm slabs, and a few natural persistent slabs. Today we observed numerous whumps, and cracking, 3 human triggered avalanches as well as remotely triggered avalanches.

A lot of natural avalanches had occurred during the storm. Both storm and persistent slab avalanches were observed. Collapsing and cracking occurred while touring up the SW ridge of Marmot and mid rib. Some collapsing occurred after a skin track was already established. There were at least three human avalanches occurred while touring(see photos below). One avalanche was remote triggered from at least 80' away. In the afternoon a human triggered persistent slab avalanche occurred after at least three people skied the same slope. All of these human triggered avalanches were observed on Marmot.

Snow surfaces were mixed today and depended greatly on if they were effected by wind. Low density storm snow and wind effected snow were found throughout our tour. Ski pen was 30-45cm for most of the day, boot pen was over 90cm in some areas. At upper elevations ski pen was much shallower, with only 15 to 20cm observed. At ridge tops rocks and grass could still be observed in a few spots. Some erosion had occurred due to wind on ridges.

While touring we experienced lots collapsing and cracking. Hand pits showed some failure within the storm snow but had a fair bit of friction and did not slide easily. We dug one formal pit today after experiencing a loud collapse. Our pit was a few hundred feet from where a skier remote triggered an avalanche earlier in the day. The snowpack today has poor structure, low strength, and high propagation propensity. We dug our pit where in a location where a cohesive slab could be felt deeper in the snowpack. 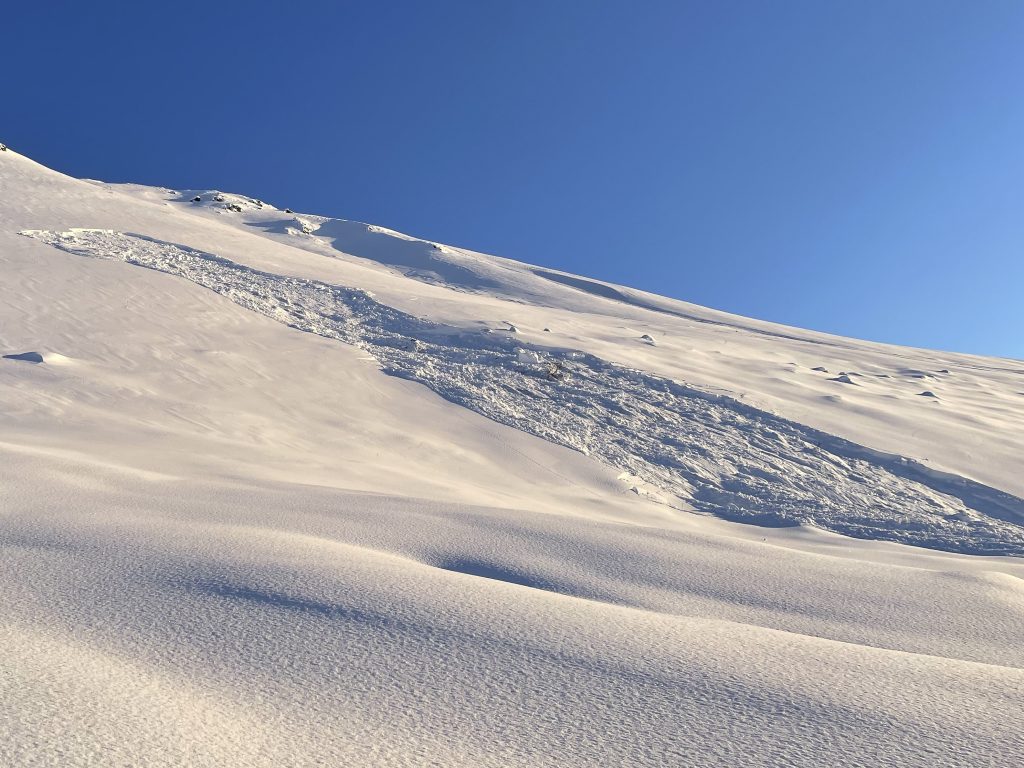 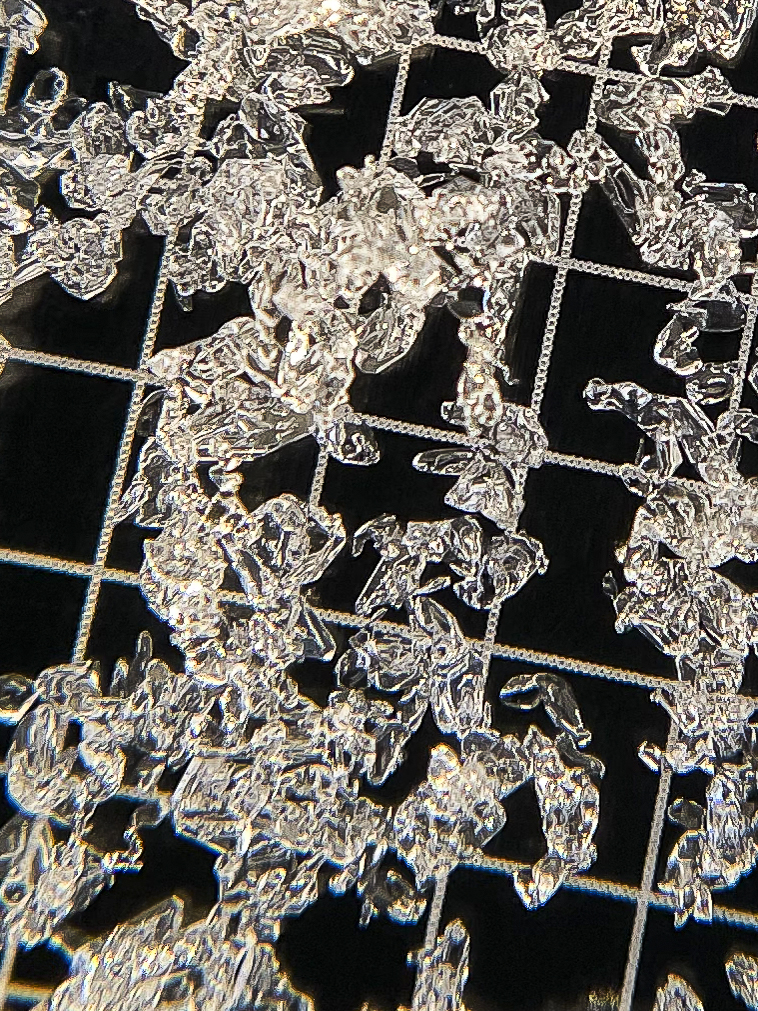 Rounding facets from our pit. 3mm grid for scale 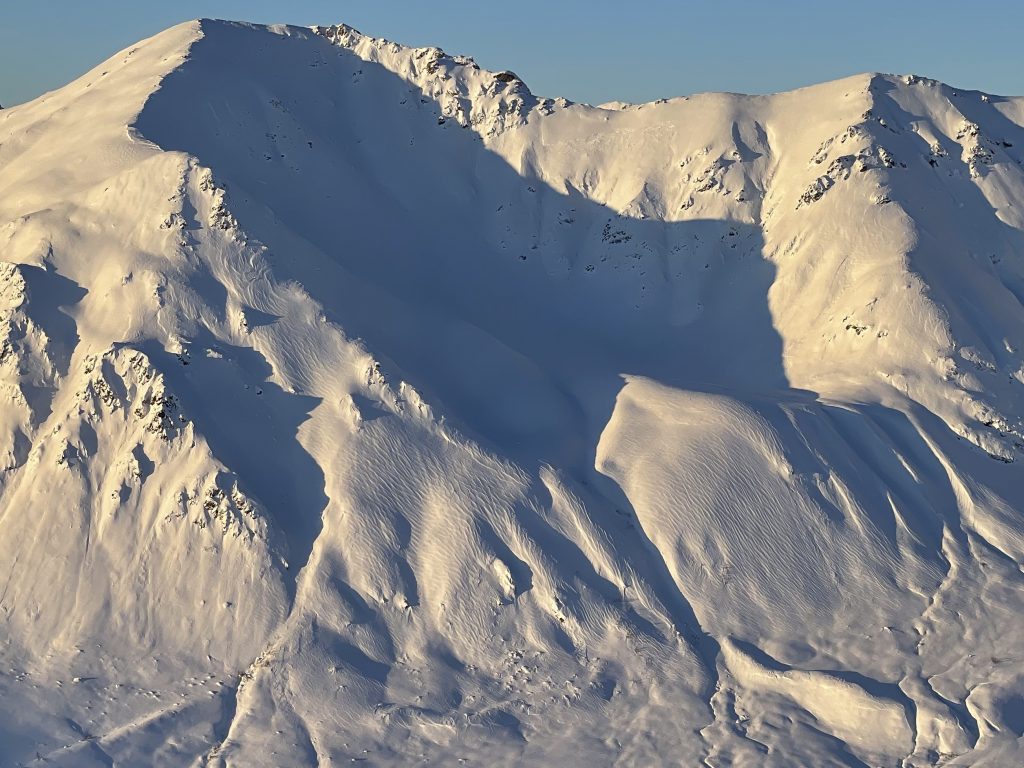 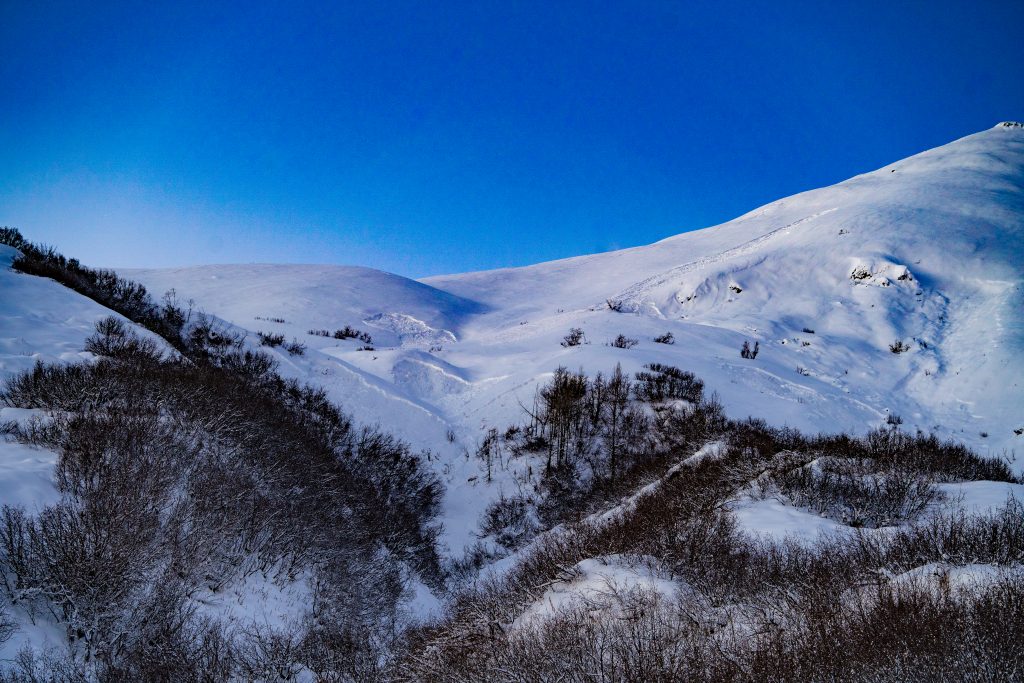 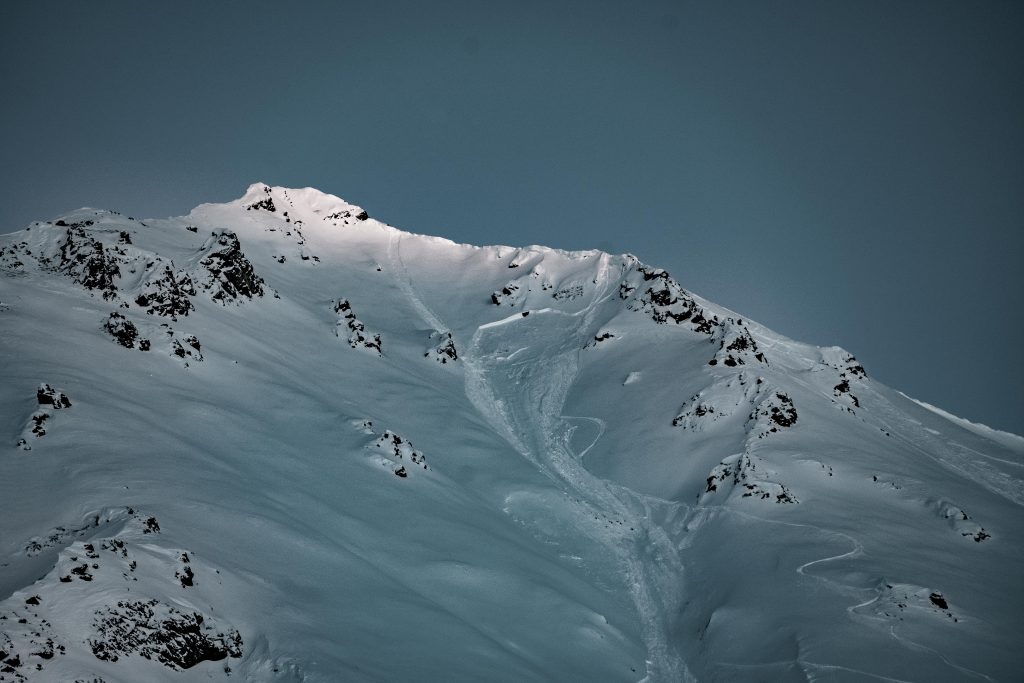 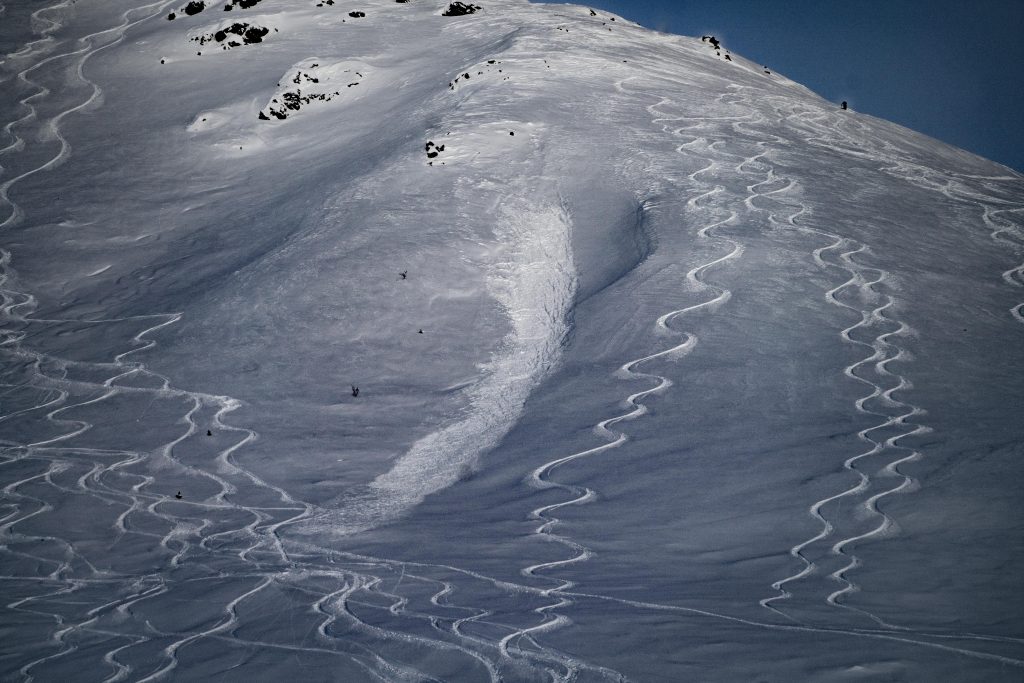 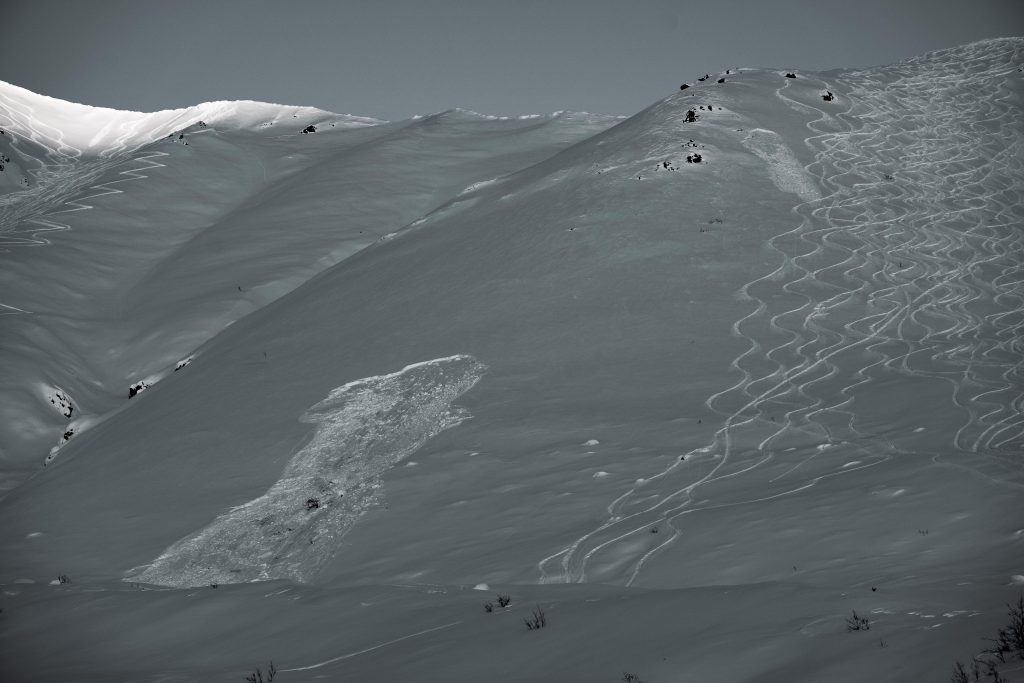 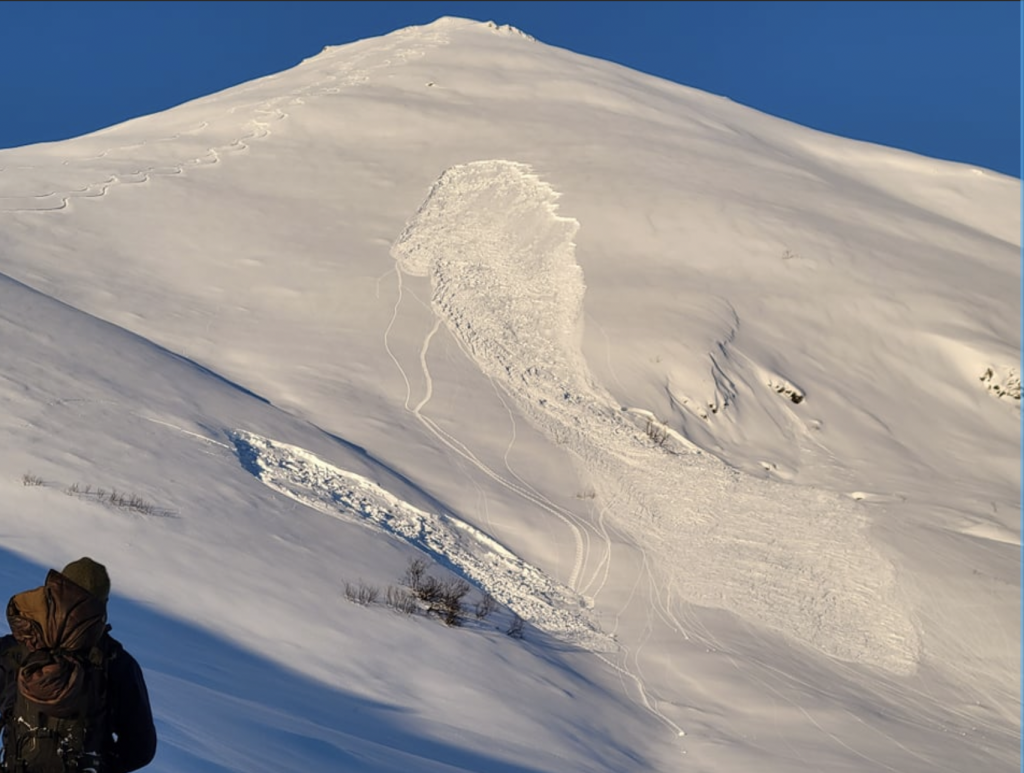 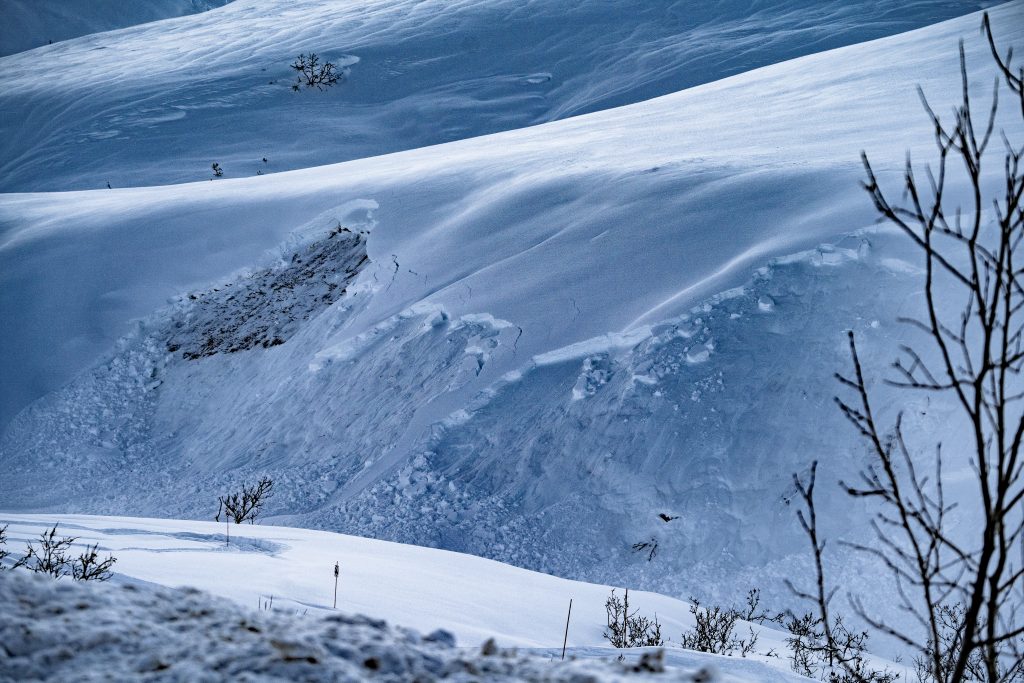 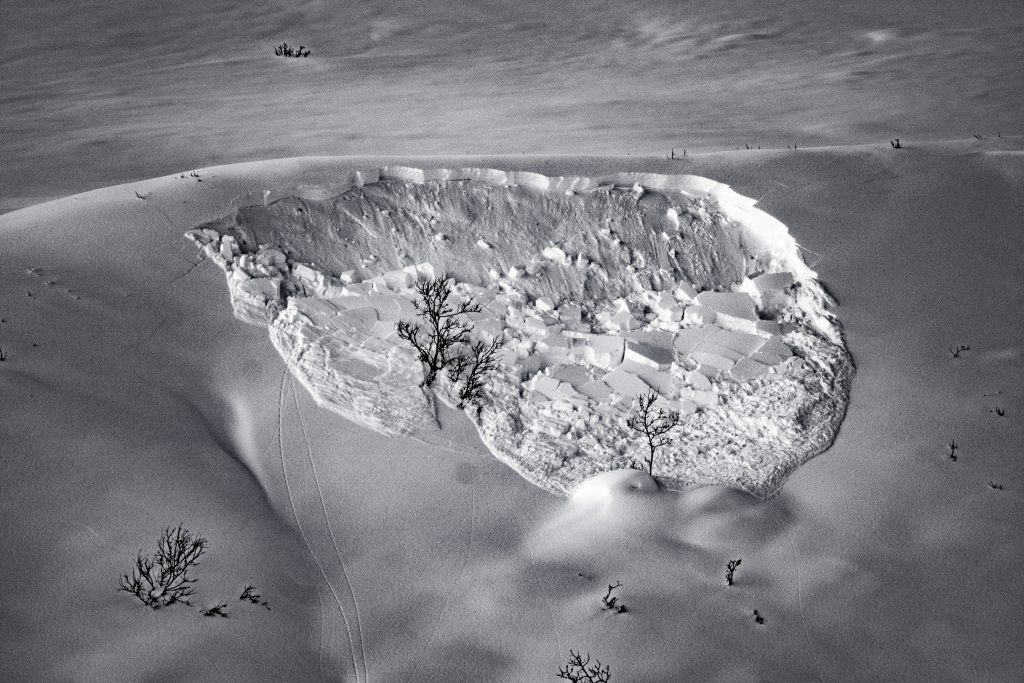 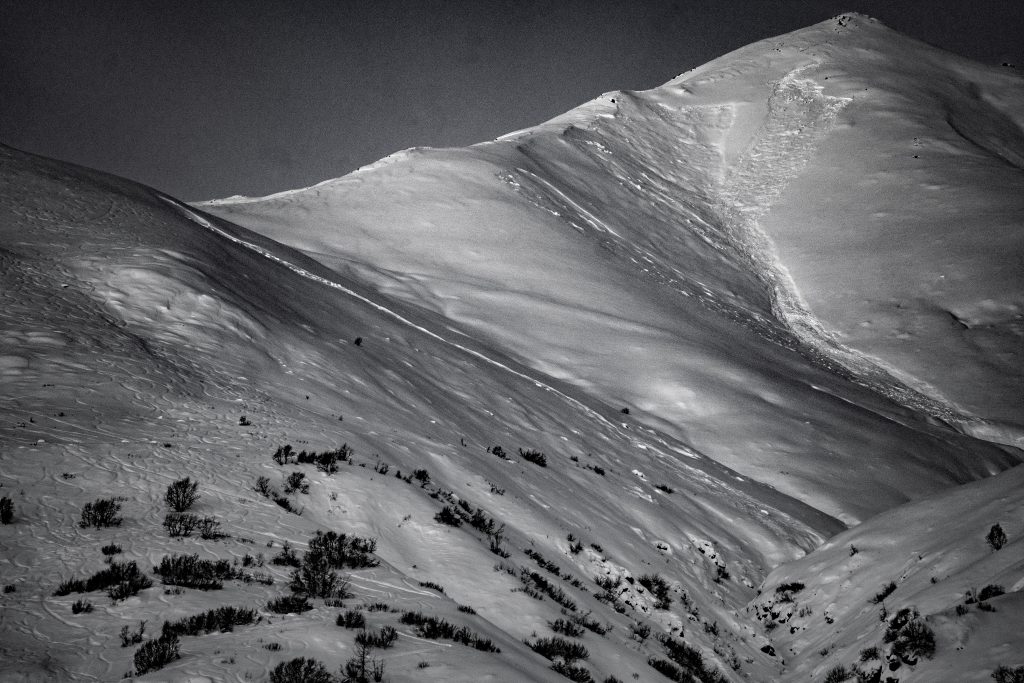 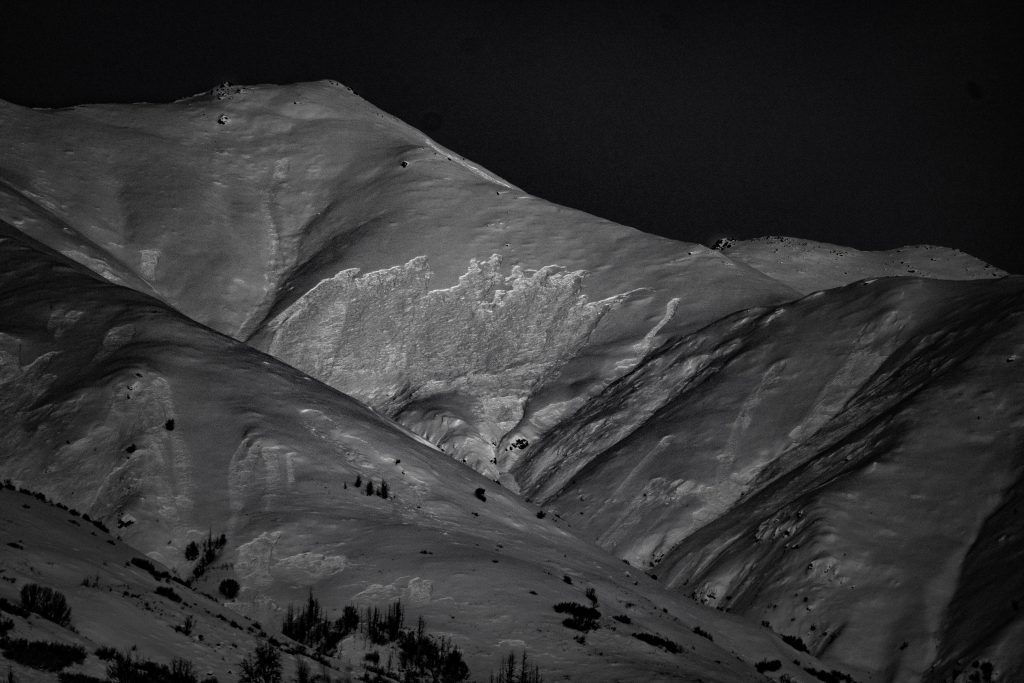 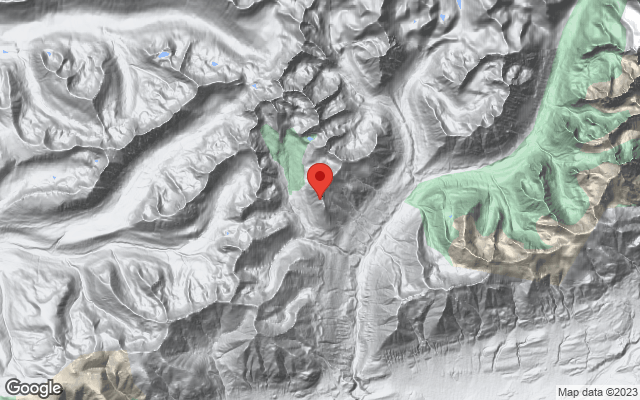