We left from Fishhook Parking Lot around 10 am, intending to ski some north facing snow. New snow depth was 8-10 inches deep. We didn’t notice recent avalanches, we could see some wind effect particularly on south and east aspects. After we started to get on steeper terrain, after we had gained maybe 500 ft of elevation, we noticed 2 or 3 small whumphs. Prior to this we saw 2-3 cracks, approx 5-8 ft long, which seemed to be in the top 2 inches or so of snow.

All the avalanches mentioned in this obs were remotely triggered today. They were storm slabs that failed on persistent grains sitting on sun crust/drizzle crust combo. It is visible where the slab steps down to the older weaker facets/depth hoar in the deeper persistent slab. This problem is not going away and will likely get worse as temperatures warm up. Persistent slabs can be triggered from a long distance away, from the bottom of a slope (such as the snowmachine corridor) or on an adjacent ridge. Please be cautious of other people using the same terrain.

We crested the ridge just after paraglider stick, and noticed that there had been a small recent avalanche 100 or 200 yards away to the east, our position was approximately the bottom third of the avalanche. We had felt a couple small whumps along the way to that spot, but we didn't actually see it slide, it must have occured just before we crested, but we had no idea. We talked about it and wondered if it could have been triggered by the sun while we were climbing, we didn't even realize we had remote triggered it until we got back to the parking lot and other observers told us we had caused it. We convinced ourselves that the south/east aspects were the problems due to the wind, sun, drizzle crust, and new snow, so we continued up to the ridge proper with plans to get to the weather station and examine N aspects. Above the rocks almost to the ridge top was another whumph, this one the biggest yet. This may have caused a small avalanche on the west aspect, but again we didn't see it or realize it had happened until we went down and looked back up.

Once on the ridge we abandoned our plans to continue to the weather station, and came down the West face. When we got down to the parking lot we were told that near the same time the small avalanche occured, a bigger avalanche had crossed the road. We didn't really see or hear sign of this from the skin track or the ridge. I assume the small avalanche we remote triggered then remote triggered the bigger avalanche that crossed the road. 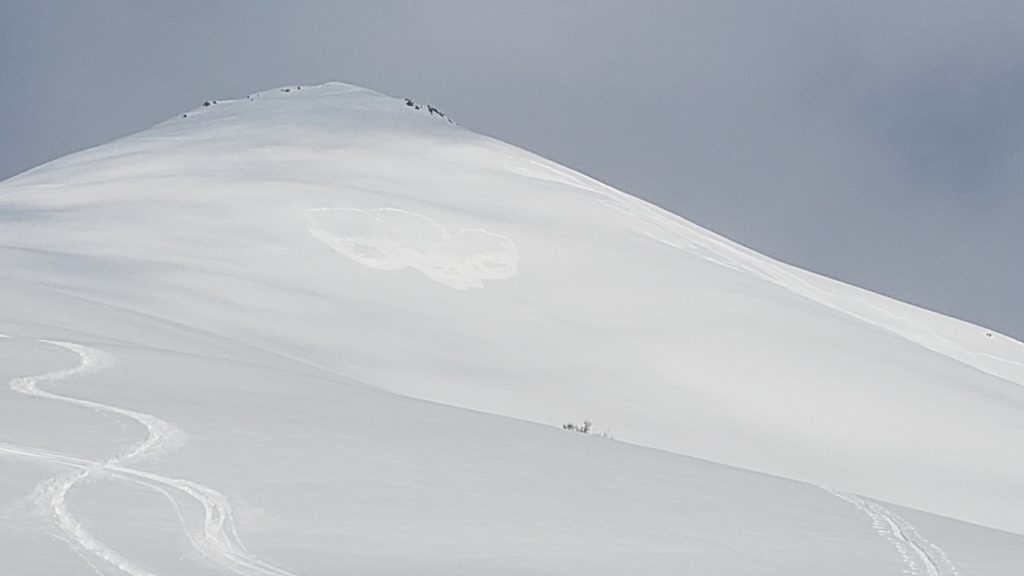 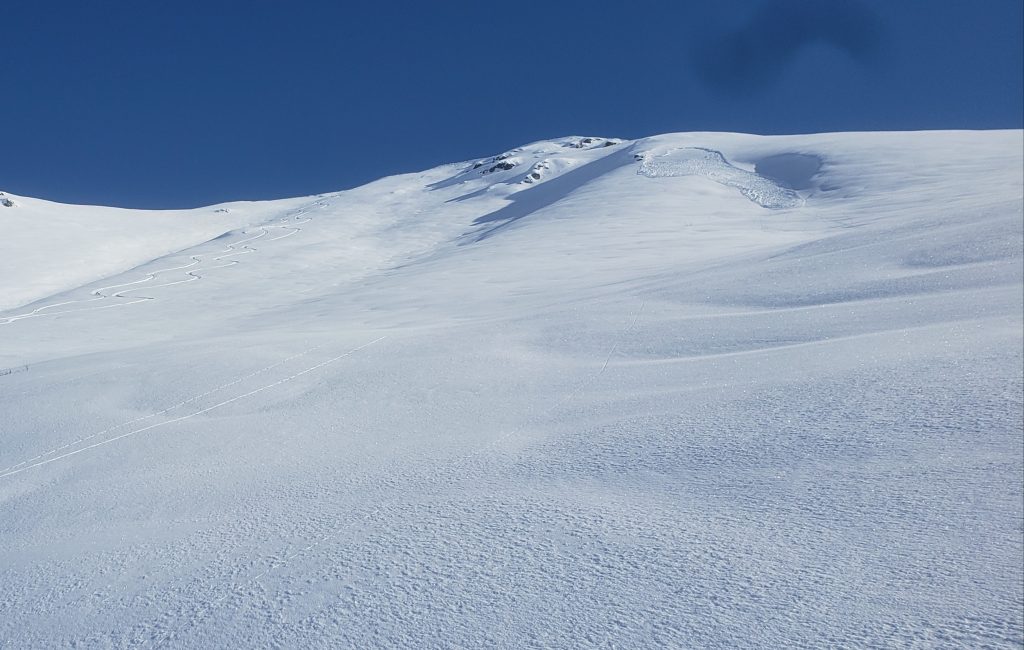 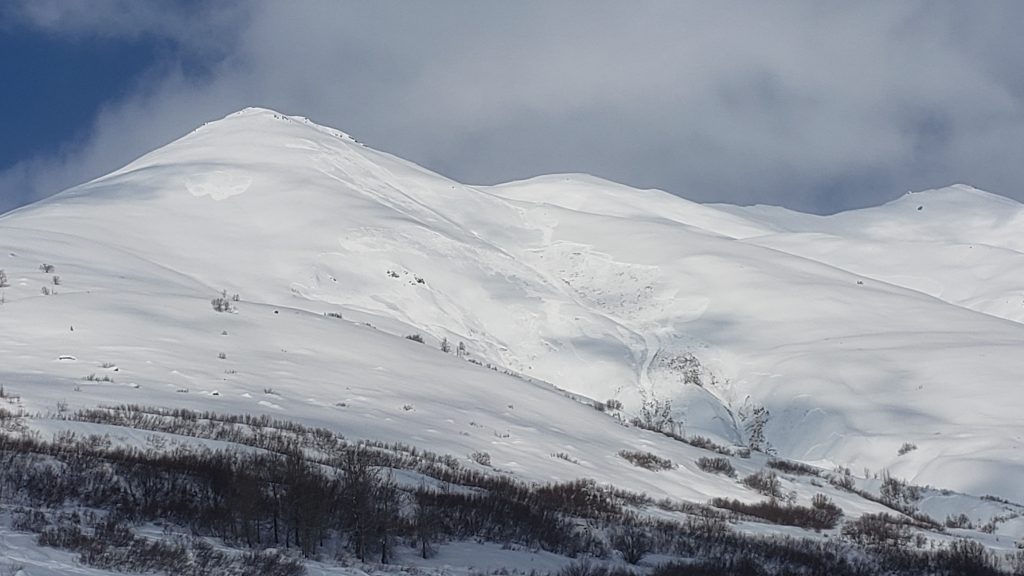 Smaller avalanche to the left, larger avalanche in gully, skin track close to skyline on the left 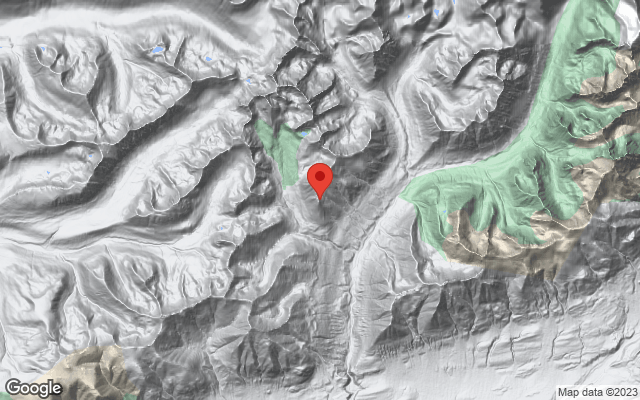