Toured up marmot to figure out how structure of snowpack is changing on sun affected slopes. Overall poor ski quality on slopes with sun exposure

No collapsing or cracking of note. Sun crusts were fragile and would crack about ski length on kick turn tests. Relatively cool snow surfaces with no new avalanches observed.

Today the sky was overcast with calm winds. No new precipitation was observed and temps were in the low 20's for most of our tour.

The snow surface is quite variable depending on aspects. On south facing slopes a thick sun crust has developed and was supportable in some areas. near ridge tops cold low density now could be found in protected areas. Sun did not appear to be warming surfaces as we toured. It appears that rain from earlier in the week did not effect the surface.

Our snow pit had poor structure, moderate strength, and low propagation potential. the January facets haven't gone away, in our pit they were buried 4' deep. This deep persistent slab is a great example of low probability/high consequence avalanche problem. The top 25cm of the snow involves a crust sandwich which is made up of two crusts with low density snow in between each crusts. The crust sandwich leaves much to be desired in terms of ski quality. 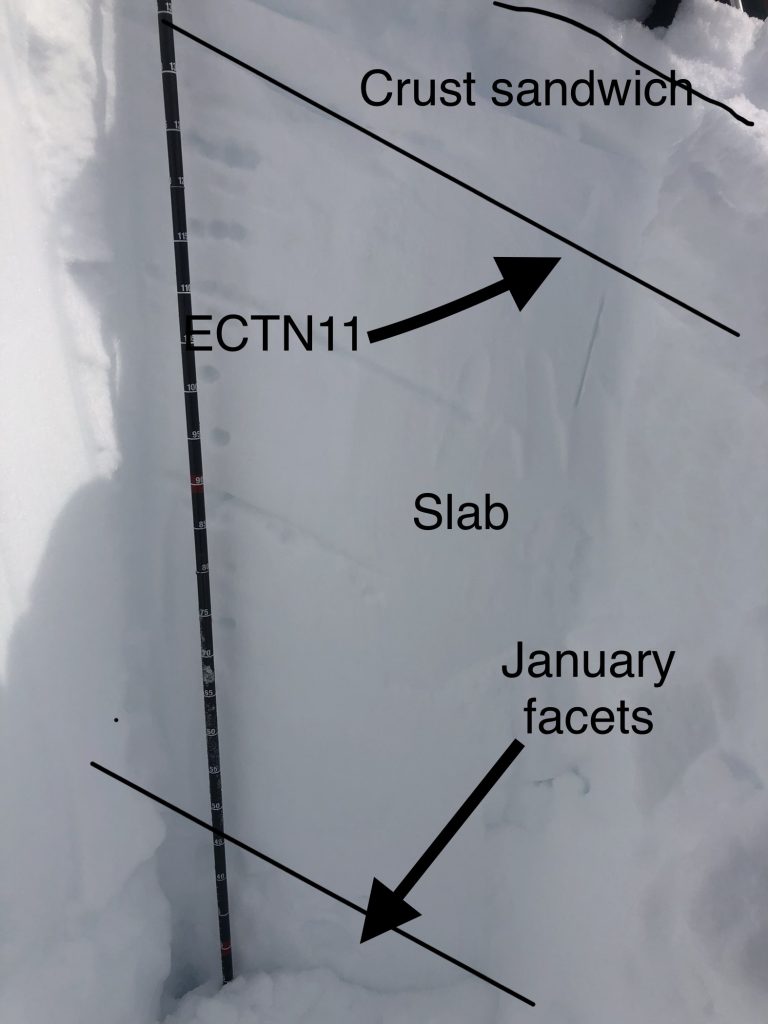 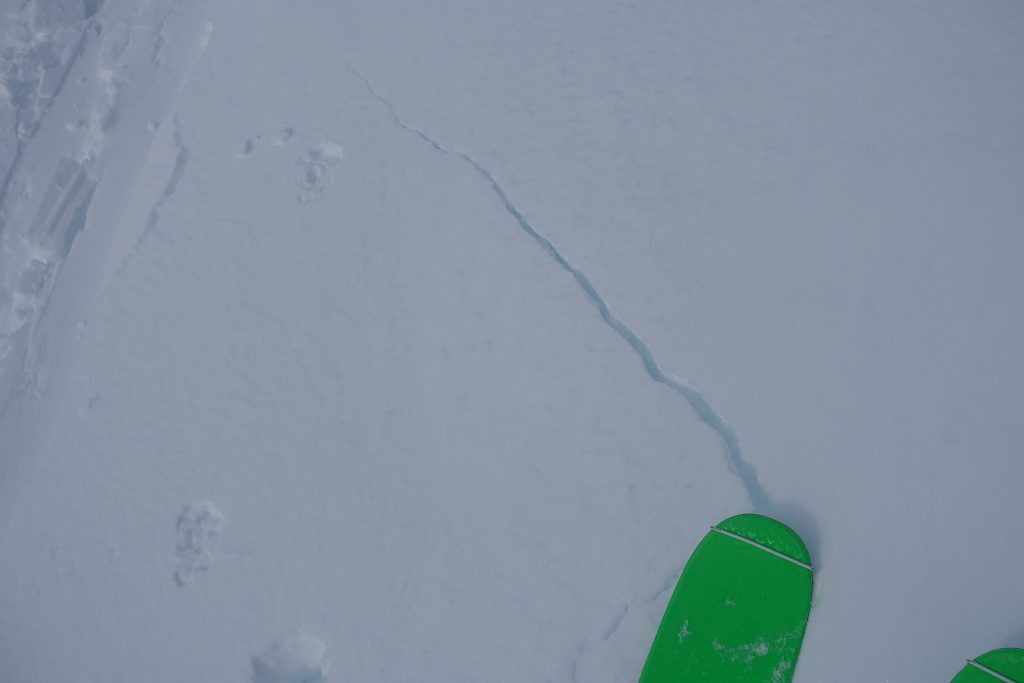 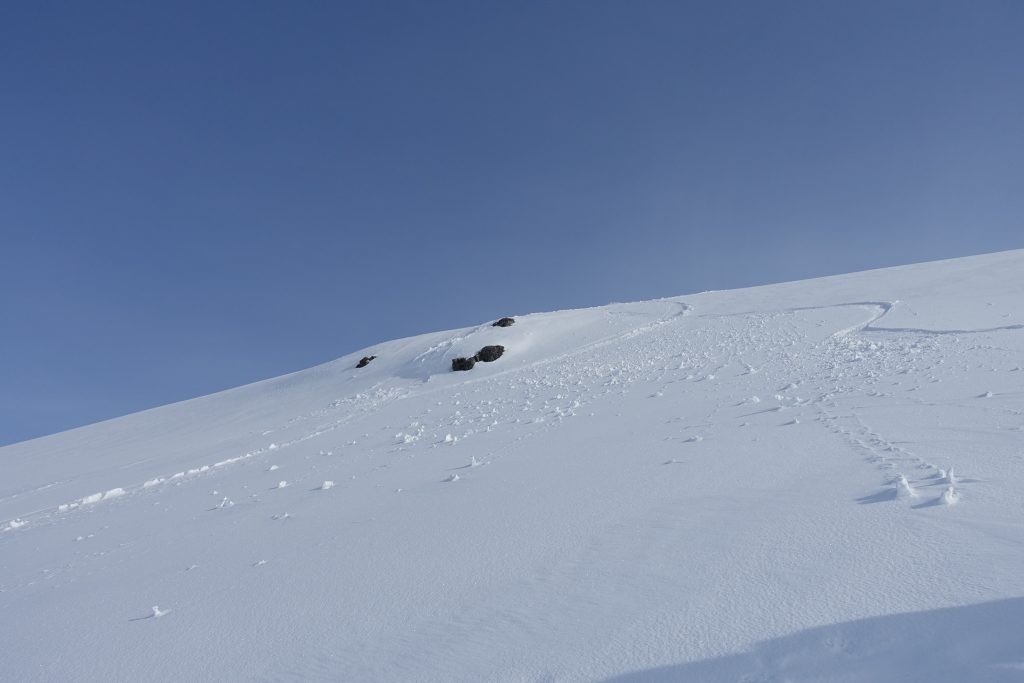 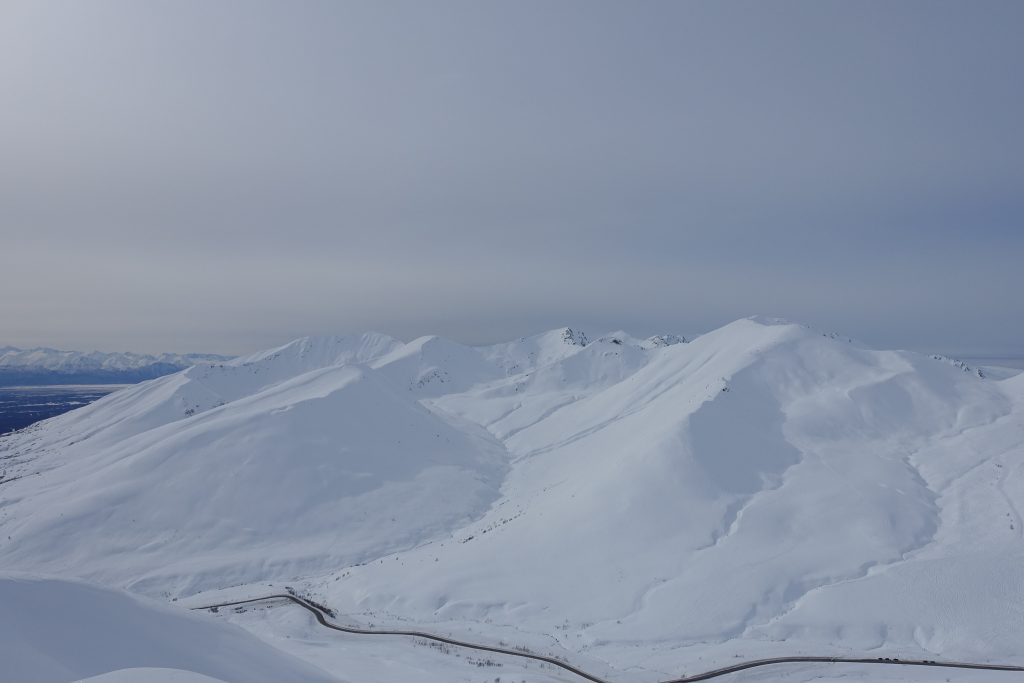 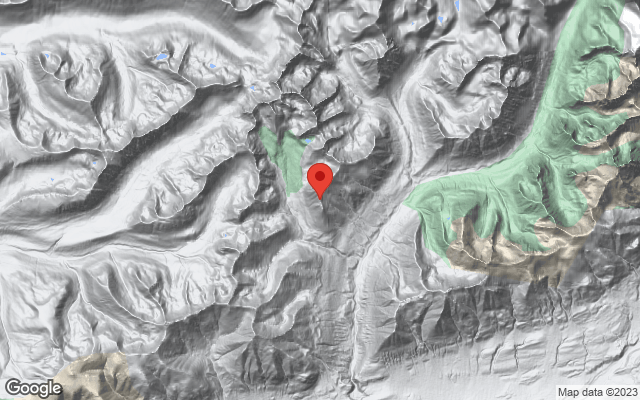