No cracking, no whumping, the only avalanches we saw were the glides that had released earlier in the week. Glide cracks that released on marmot had large blocks sitting detached rather precariously from crown line.

Snow surface consisted of variable depth 10-25cm of low density snow on ascent. On the marmot standard up-track, dust on crust conditions were present on windward features from previous storms. Cornices have grown on the ridge and were hard to spot in some areas. Corporate ridge had some large wind features that needed navigation on descent, crust could be felt at times on descent. Overall quite nice ski quality even on south facing aspect that had crust closer to the surface.

Overall snow pack seemed to have high strength and low propagation potential. An ice crust that formed pre thanksgiving was the only layer of note. Low density snow on the surface seems capable of moving on steep slopes but didn't travel far on the Rae Wallace up-track. 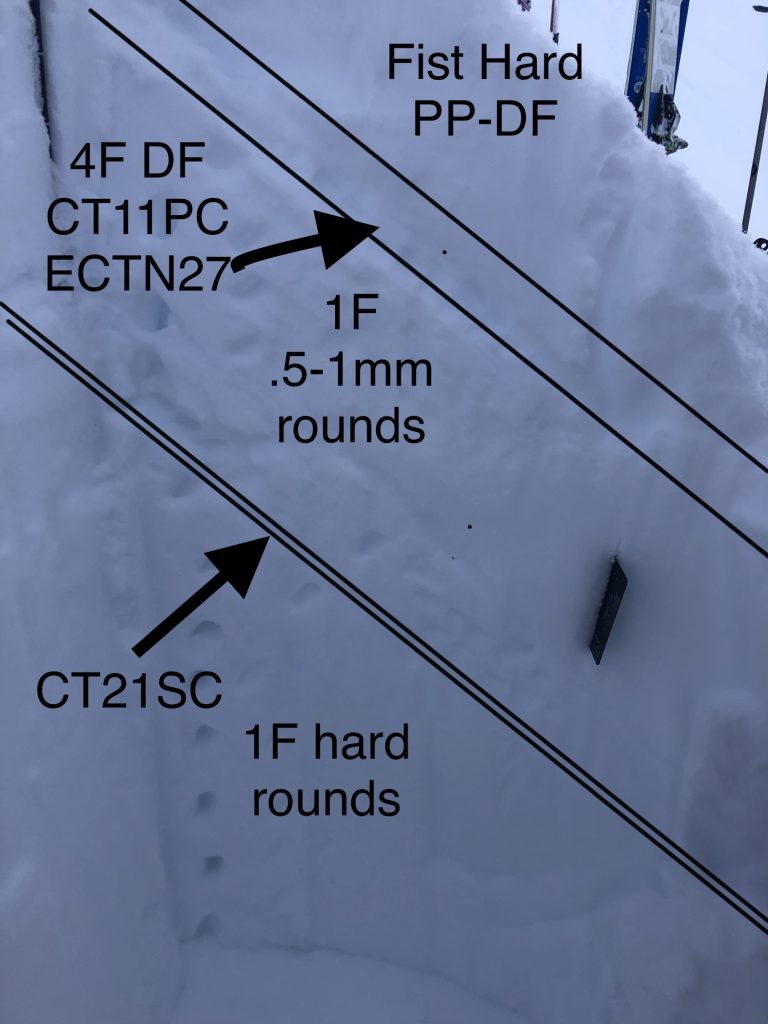