Obvious Signs Of Instability
Recent Avalanches- None in past few days, but avalanche activity from Feb.16 storm was visible on Moose
Mountain in the Summit Lake area
Shooting Cracks- No
Collapsing – Yes – One large collapse just about 2400′ on an established skin track, SSW aspect

* Snow had varying densities depending on exposure to the wind. Ski penetration varied from 2-4″. Boot
pen was 1- 1.5′, Scoured areas revealed old ski tracks from before the Feb.16 storm, mostly along the
ridge.

Below the surface:
We dug two pits about 200′ apart at 2400′ on a SSW aspect and had easy results in one pit and moderate
results in the other. In both pits there was about just under a 1′ of dense new snow sitting on 4-5″ of
faceted old snow on top of the hard mid January crust. The faceted snow had a 4F hardness in both pits,
but had pockets of Fist hard facets in the pit with easy results. This pit also had a slightly denser slab (1F
to Pencil hard at the surface.) The average total snow depth was about 4′ in both pits.

Dug another pit at 3100′ in a loaded area, and had no results, (ECTX x2) Similar makeup with 1′ of new
snow, except the slab was sitting on a denser layer (1F hard) older snow (mixed forms with some facets
(<1mm) not well developed.)

With the exception of areas that were scoured, like along the ridge and some terrain features, the new
snow (SLAB) was uniform in all pits and hand pits with an average depth of about 1ft. It was interesting to
see the density differences in the older snow layer (WEAK LAYER) beneath the slab. The older snow varied
from 1F to F hard, which correlated well with varying test results.

The fact that we had a large collapse on an established skin track combined with easy to moderate test
results confirms that the weak layer is still very reactive and there is propagation potential if one should
trigger an avalanche. One can safely recommend staying off of slopes steeper than 35* until this weak layer
is able to heal and adjust to its load. 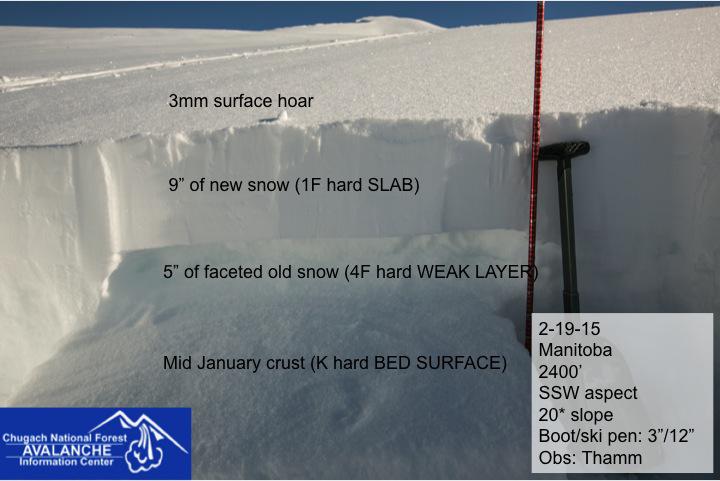 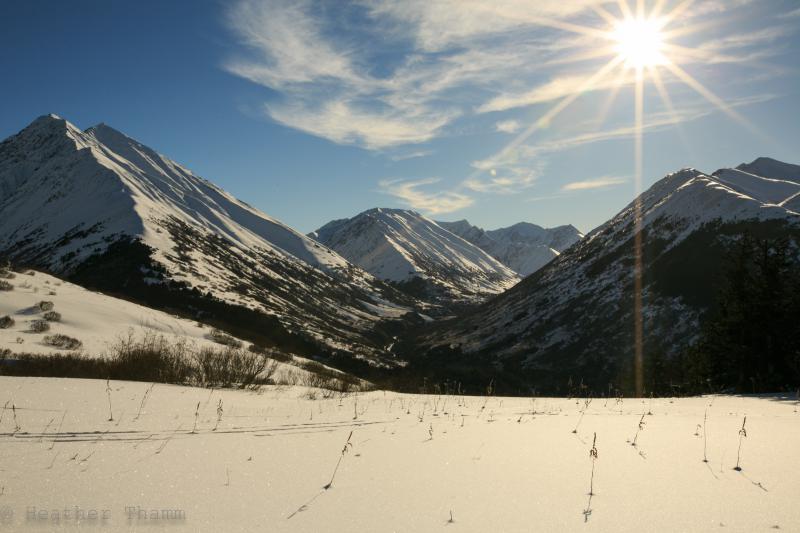 Thin snow coverage at 2000' on Manitoba 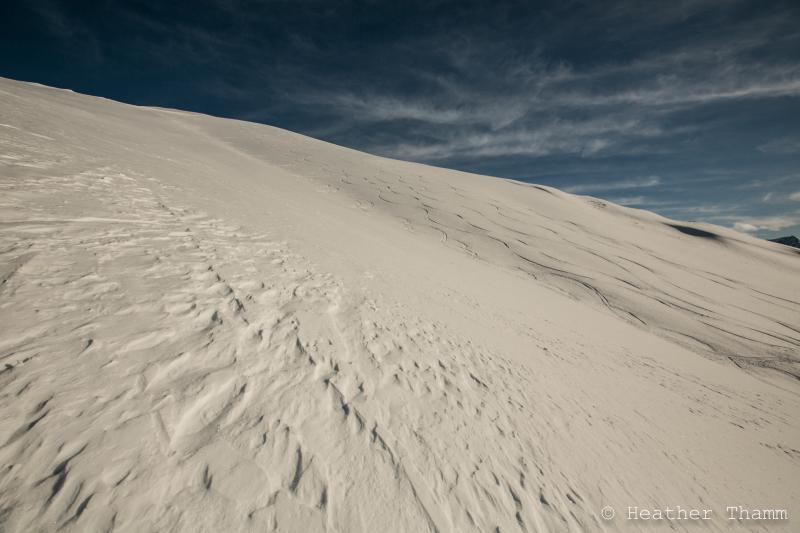 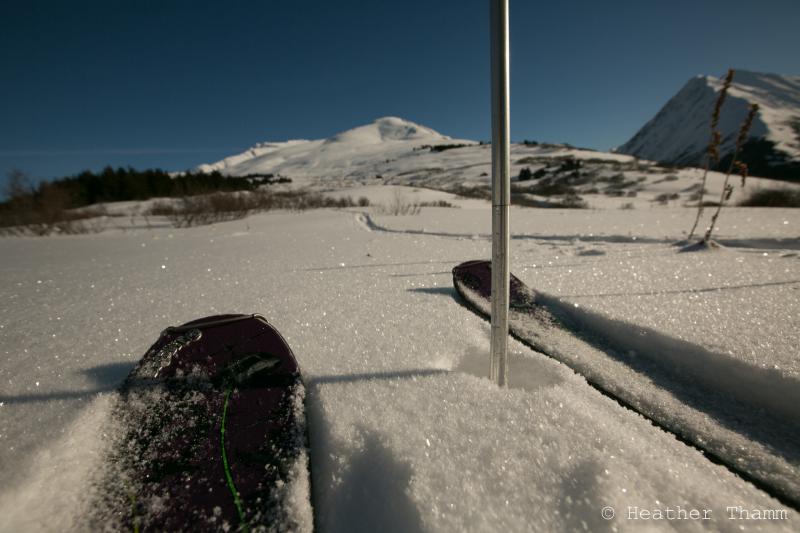 Surface hoar was observed from 1600' to 3200' and was about 3-5mm in size. Notice the settlement cones just the right of skis 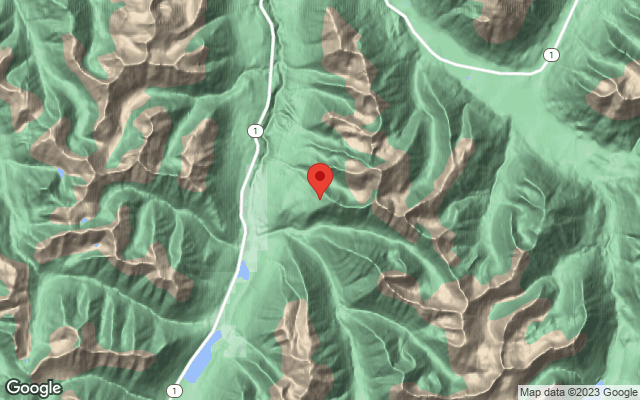