Toured up to the 2200′ lower SW point of Manitoba today, and dug a snow pit on a flat, sheltered
slope to review baseline snow layers in the area. Details from the pit are included in the attached
image. Two basic compression tests were performed, each failing after medium pressure, but
both collapsing in a major way – the column dropped ~2 cm when failure occurred in the facet
layer, 1 meter below the surface. In short, the sudden collapse was pretty dramatic, and the
snowpack above the weak layer was very strong, holding together when taken out of the pit and
thrown aside.

While visibility made it difficult to observe nearby ridges and slide paths throughout most of the
day, our group heard collapsing of the snowpack on three occasions. In two out of the three
cases, it required a skier to jump on the slab where tree wells defined a smaller slab; the final
collapsing was heard on a slightly wind affected SE slope @ 2000′ while skiing down. Above
2000′ the gullies and ridges appeared wind affected, with some ridges blown bare. 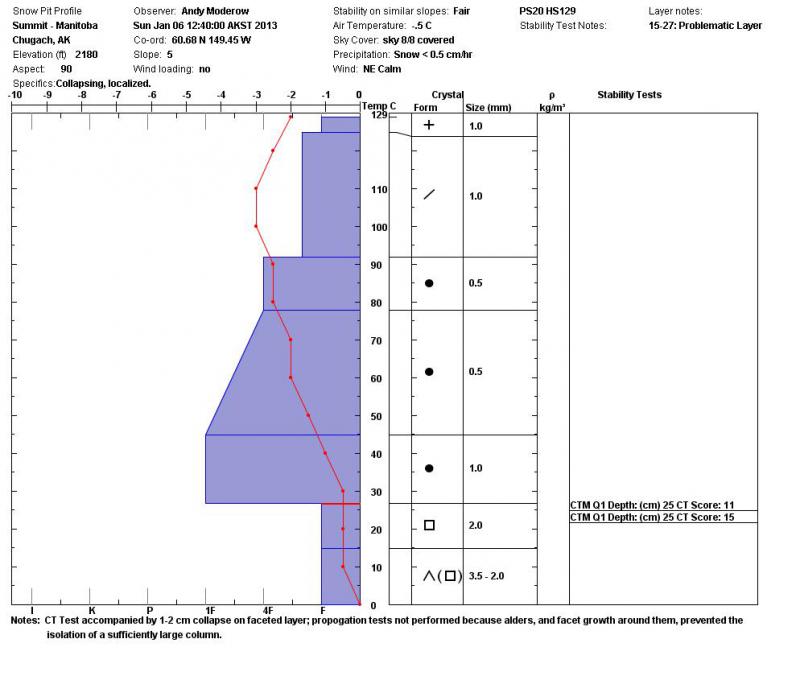 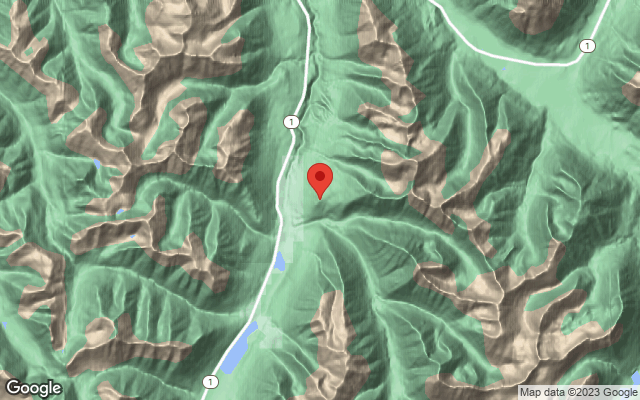