Weather:
Sunny with mild temps in the 20s F and moderate winds in the morning. Clouds moving in around
14:30 and gusty winds from the E picked up. Observed blowing snow from ridges. (see photos)

There is 40cm of recent storm snow from F to 4F hardness sitting on top of a 7cm weak layer of F hard
facets mixed with surface hoar. This is a layer of concern and is sitting on the stout January melt freeze crust.
The wind was beginning to affect the surface snow, loading in places, creating scoured locations and
wind crusts. 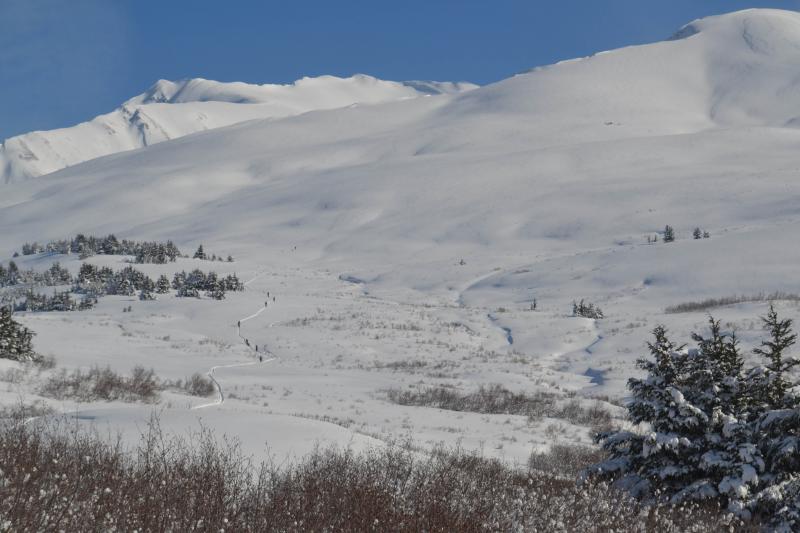 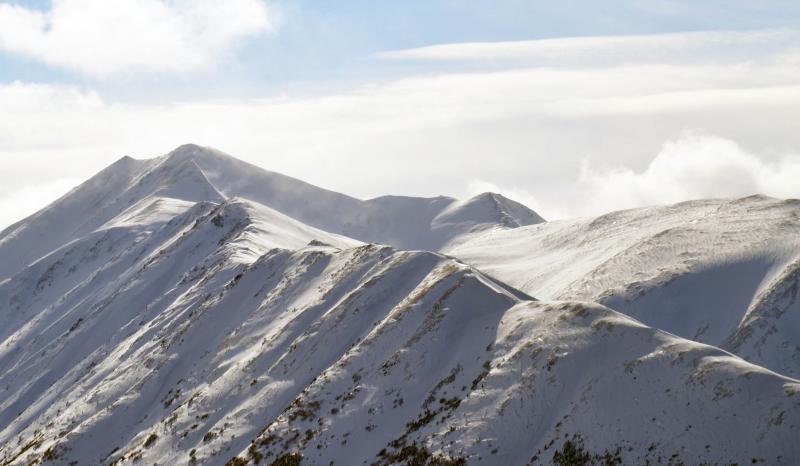 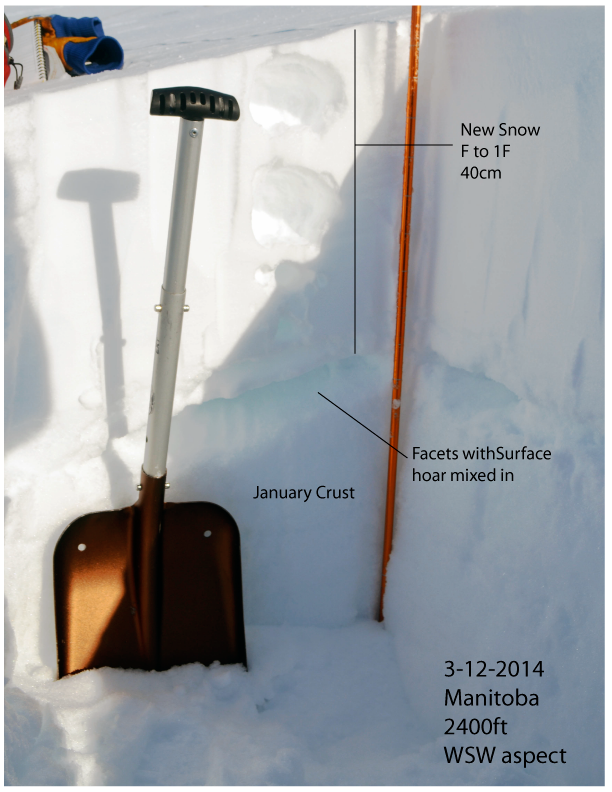 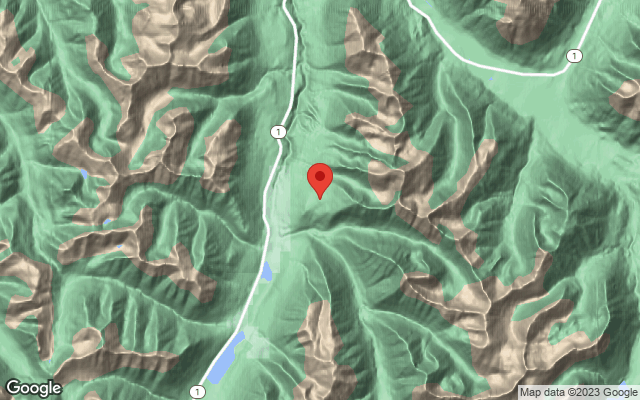