Impressively wide runout on Moose Mountain, which also had a wide propagating crown along a NW loaded ridgeline. Recent slab on Butch NW aspect and across the road on a N aspect of Colorado at treeline, all pictured below, and a small slab on a NW aspect of Roaring Ridge, not pictured.

Corniced small features at treeline would break 5-10' in front of ski tips, with blocks up to 1' deep. Recently deposited wind slabs around 2000' were up to 18" thick, but other than corniced features they would not crack or collapse under skier weight.

Visibility was in and out, and there were likely slides elsewhere that we could not observe.

38f at the parking lot and near freezing at 2100'
Overcast or obscured skies with occasional very light snow
WINDY. Light N to NE winds at the road and in the trees, shifting to East winds - moderate gusting strong - above 2000'. These gusts would produce light to moderate snow transport.

See below for a pit dug on a west aspect, in a large opening in the trees. This location was chosen as it was fairly protected from winds and likely representative of the area in terms of total and new snow depth, and as a west aspect any buried surface hoar would have received less sun prior to being covered. We found one layer of prominent buried surface hoar 75cm from the surface, which only failed under hard pressure in a compression tests, and no result in the ECT. 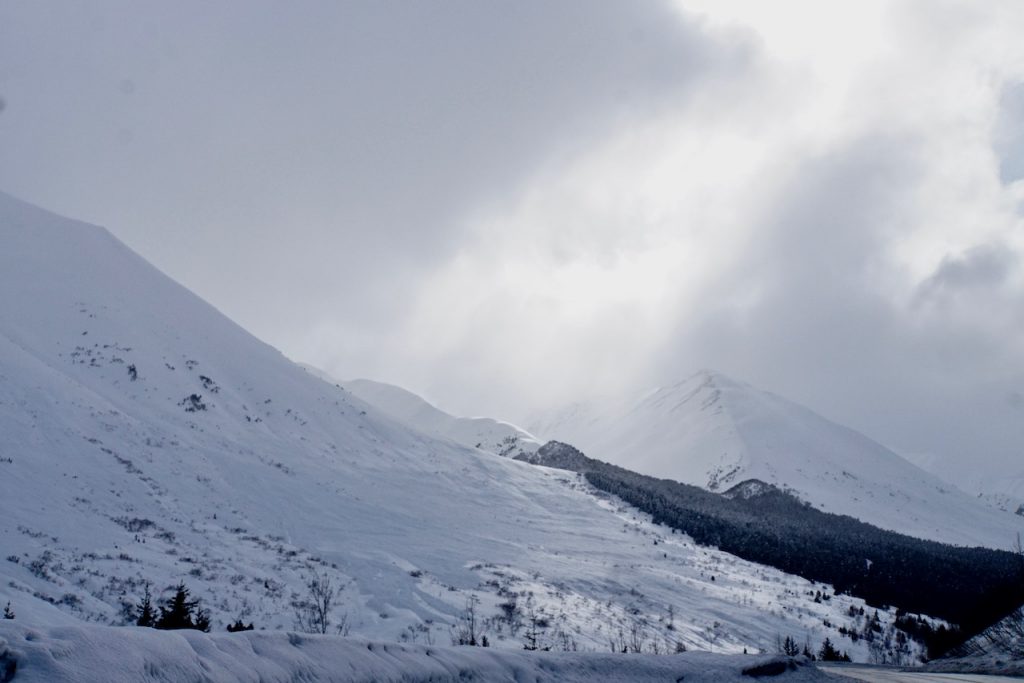 Widespread recent runout at Moose Mountain. We could see/photograph this debris more clearly on the southern end of the mountain, but it was present on the northern end as well, where a crown - pictured below - was seen wrapping up a loaded NW ridgeline. It appeared that nearly the entire face of Moose on the northern end had a crown like this over it. 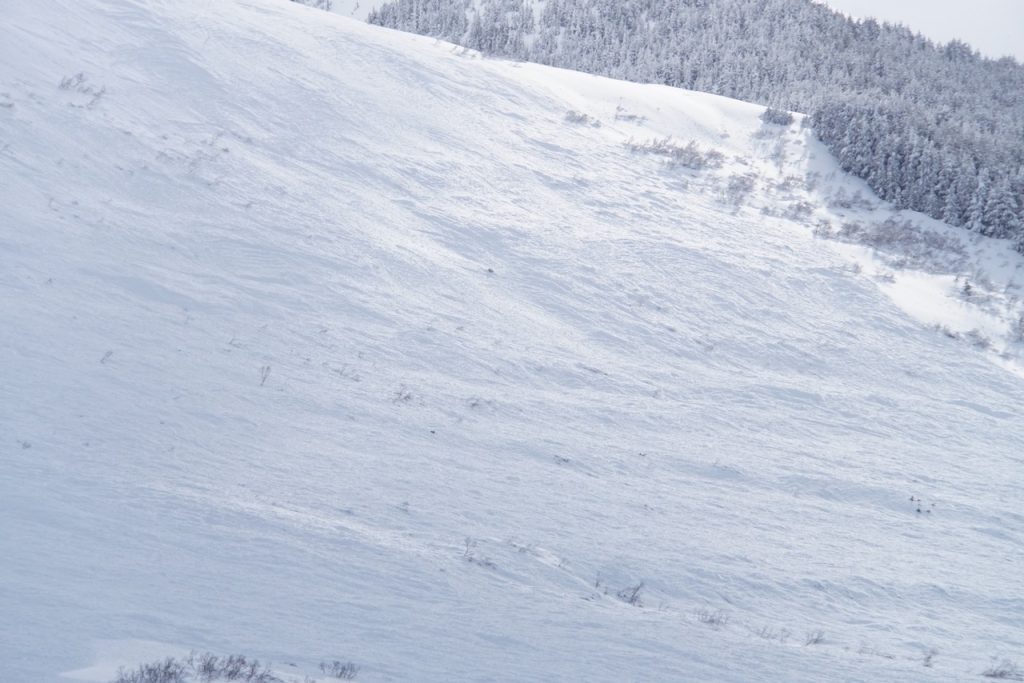 Closeup of debris pictured above. 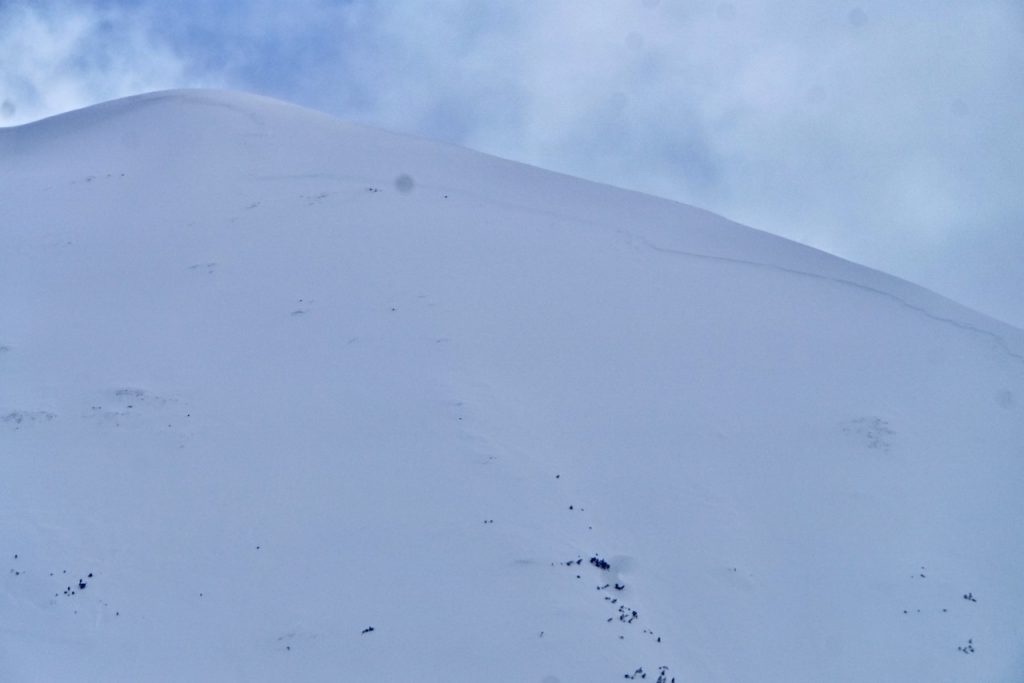 Crown as discussed above on Moose Mountain 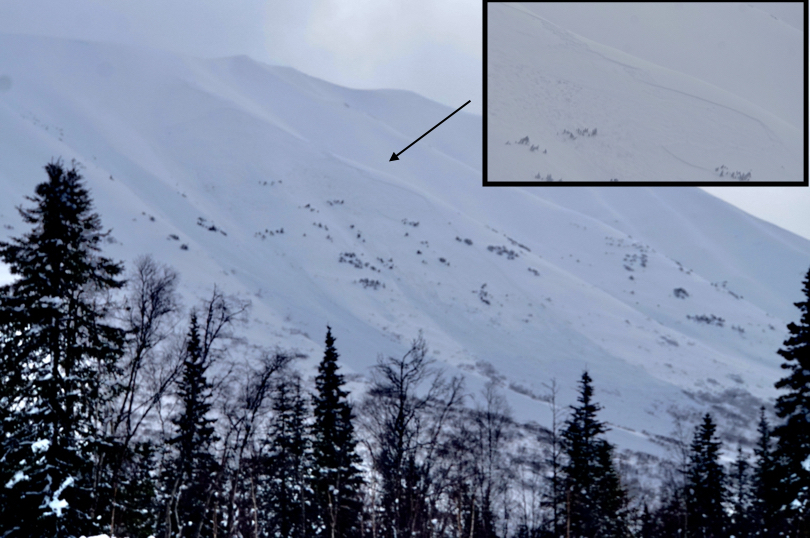 Recent slab on Butch, as observed from the Manitoba pullout 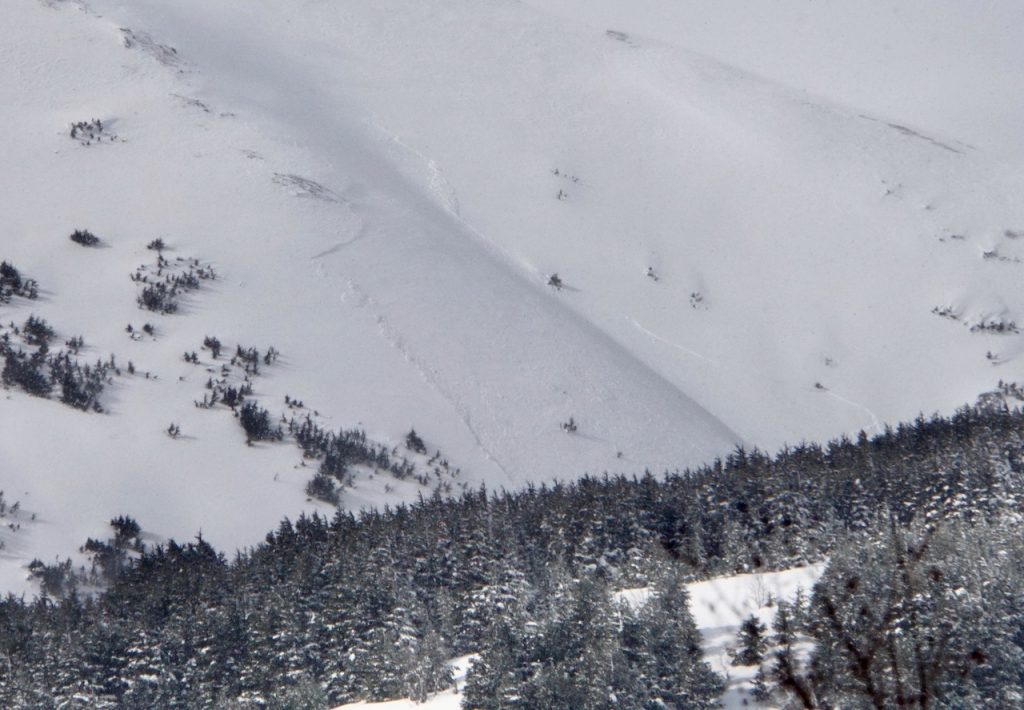 Recent slab just above treeline off Colorado on a north aspect 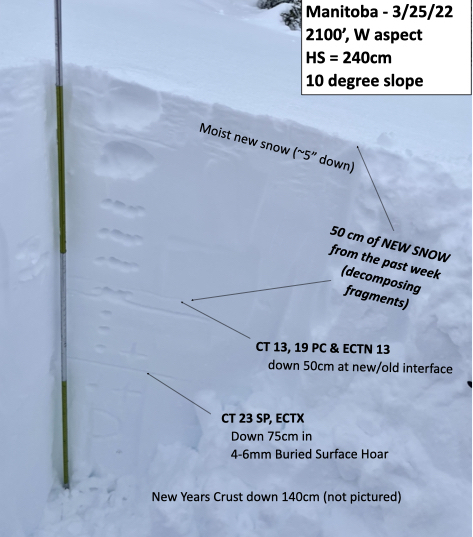 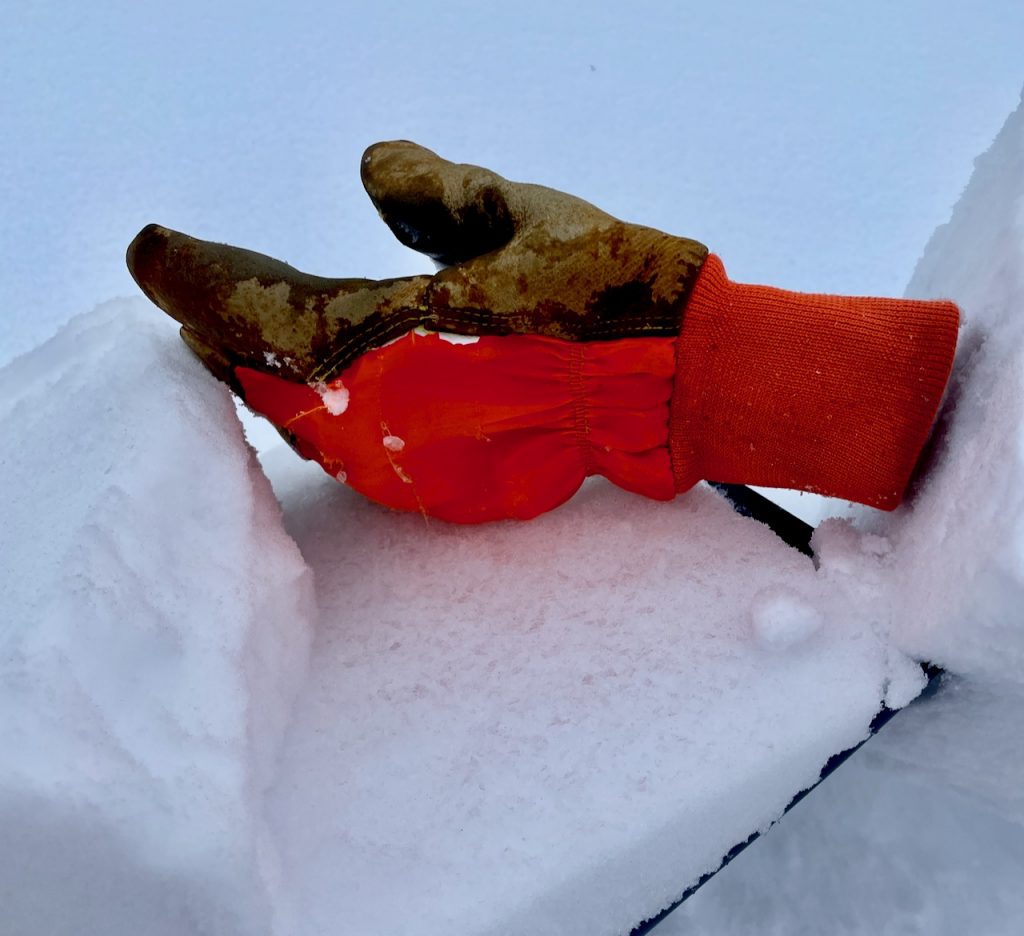 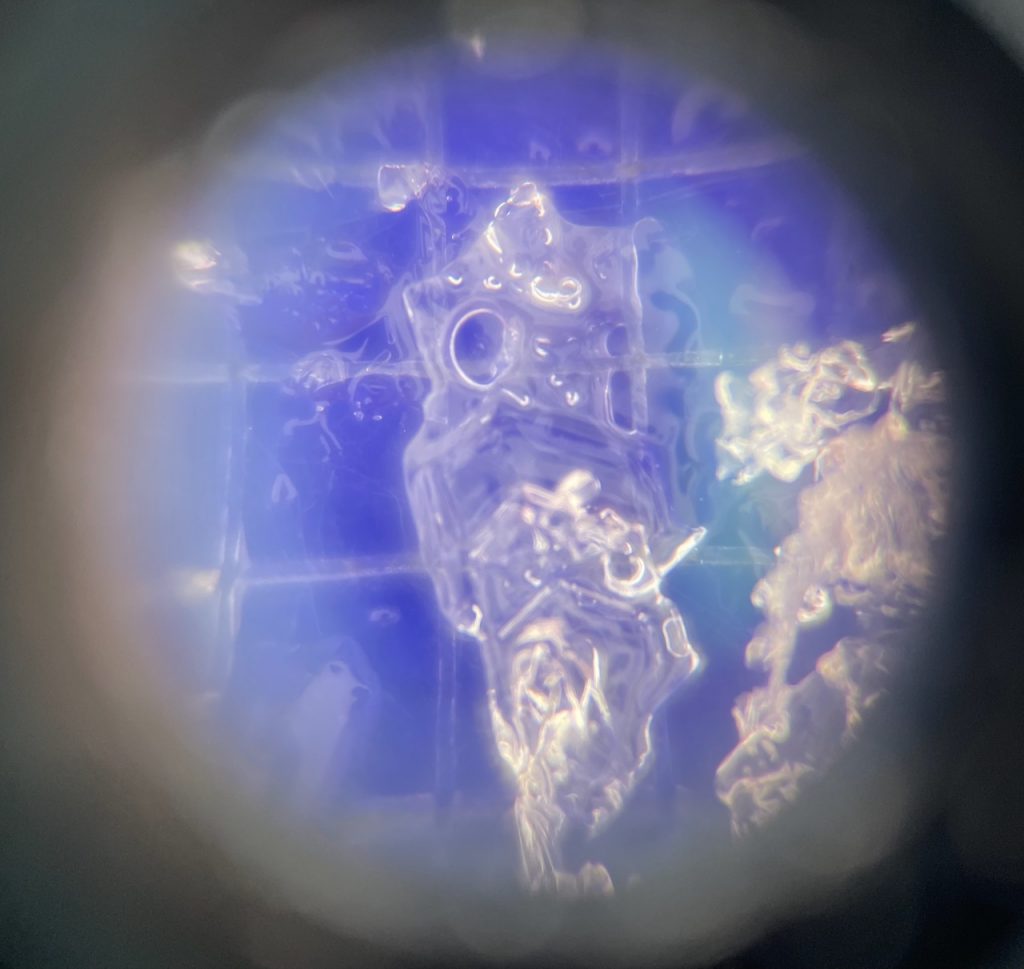 6mm buried surface hoar as viewed in a scope 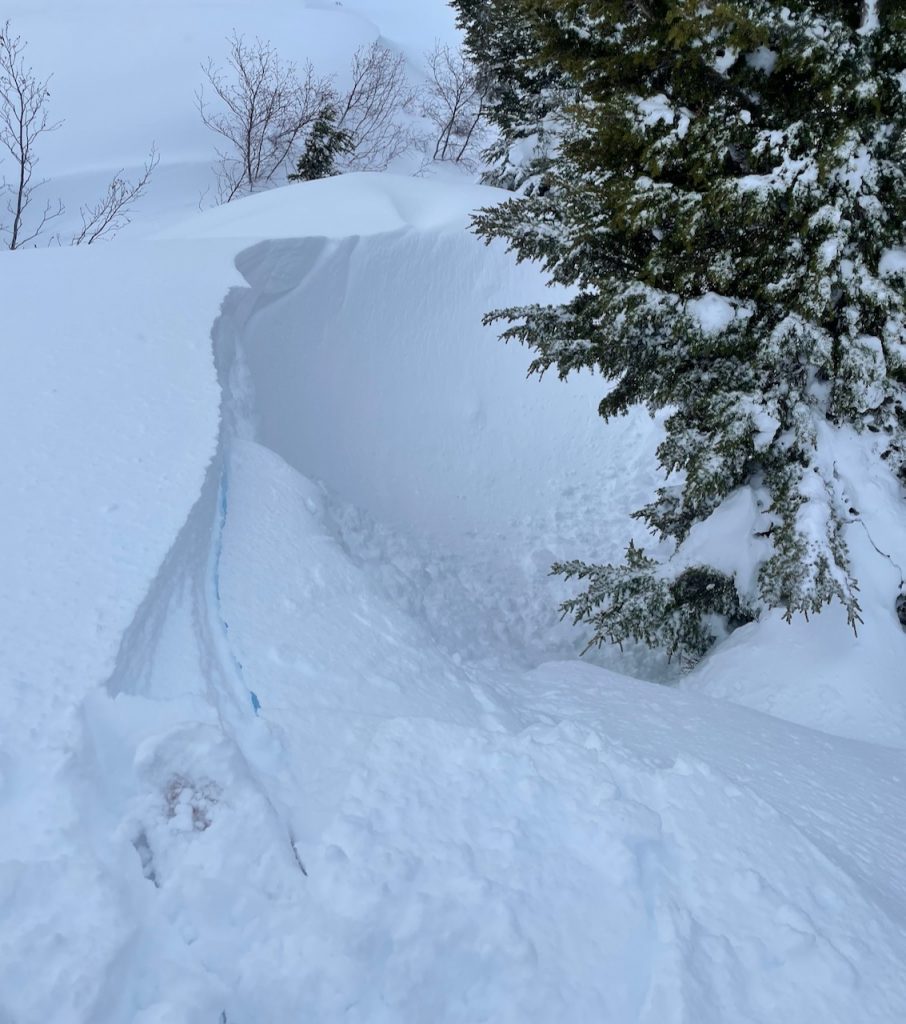 Example of a cornice that cracked 10' in front of ski tips, in a treewell 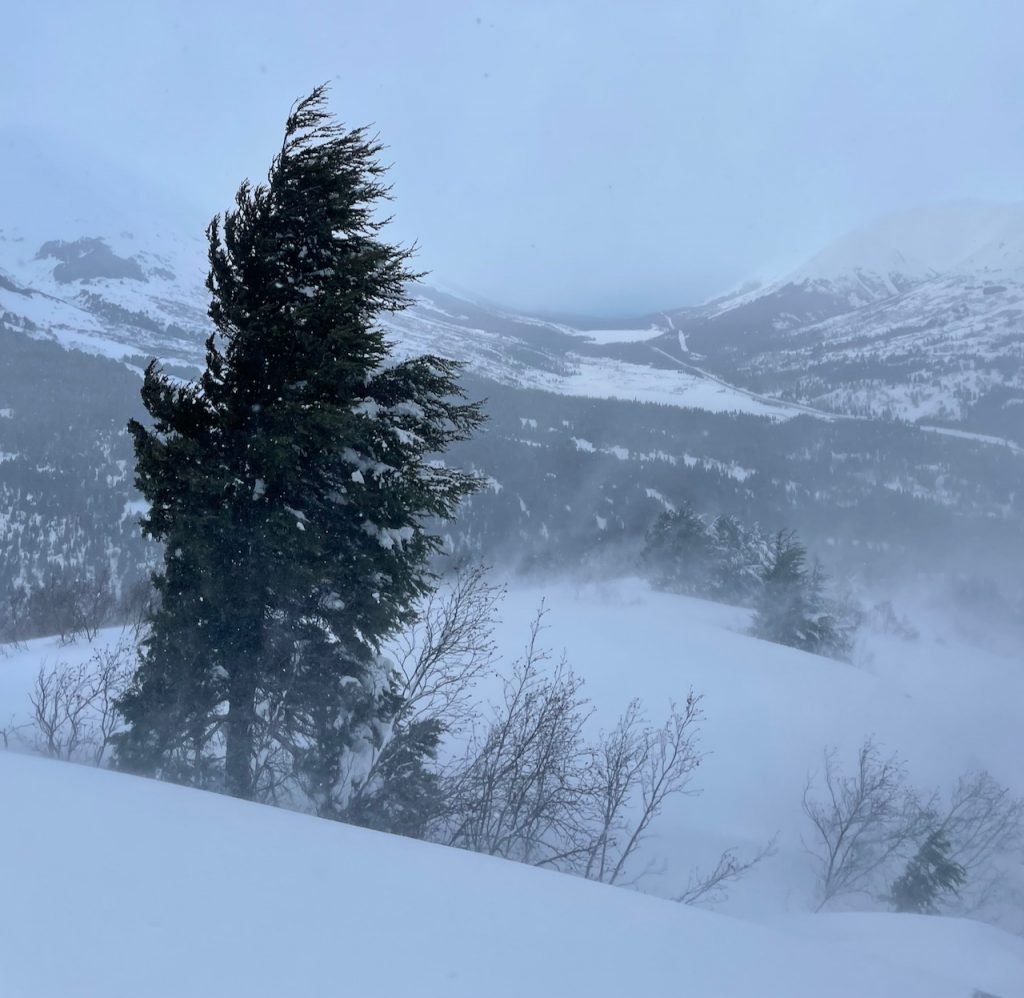 A brief moment of intense snow transport at 2000' on Manitoba! Light to moderate was more frequent than this, but snow was moving... 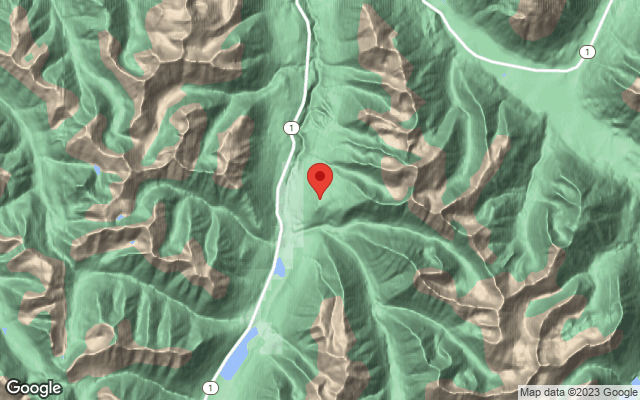