A variety of small slabs and loose snow avalanches observed on mountains neighboring Manitoba. Crowns from some larger avalanches - including one observed on Feb 2 - are still visible but largely filled in, and looked fairly similar to some smaller recent crowns. It appears that the past two weeks have produced a variety of slabs at a variety of thicknesses, elevations, and aspects... and the past few days have been no exception! See below for a few noteworthy slides - including all large slabs that we observed but haven't been reported yet.

Light to Moderate snow transport observed off Spirit Walker and Raven Ridge through early afternoon; larger plumes observed off peaks well to the south of Summit Lake in the AM.

Few clouds in the AM -> Scattered by afternoon, with Manitoba in the shade
Temps around freezing at the parking lot, low-20s up high
Winds fairly constant but light and from the SW above 2500'

6" of new snow fell overnight on 2/17 - 2/18, and on top of it surface hoar formed by this AM.
4-6mm at lower elevations. Smaller (1-3mm) along the entire route, including ridgeline, except for where the sun created a moist snow surface. This sun affect was limited to steep SE aspects today, where 2-3" of moist snow could be found by late afternoon. Southerlies and SW slopes seemed to have been spared, perhaps due to clouds coming in midday.

Ski penetration of 4-6" down low, decreasing to 2-6" above treeline. Recent winds textured the surface at ridgeline, but the snow was still quite soft.

Below the 6" of new snow, a soft but fairly thick melt freeze crust could be found until ~2500'.

Hand shear pits along the standard route up would generally fail 6-12" down with medium to hard force in places with recent signs of wind effect.

See pit below for formal stability tests and structure ~50' below the ridgeline. Probing for 100' of elevation gain to the the pit location revealed a total height of snow ranging from 240 - 300cm, with the New Years Crust down 110 - 150cm. 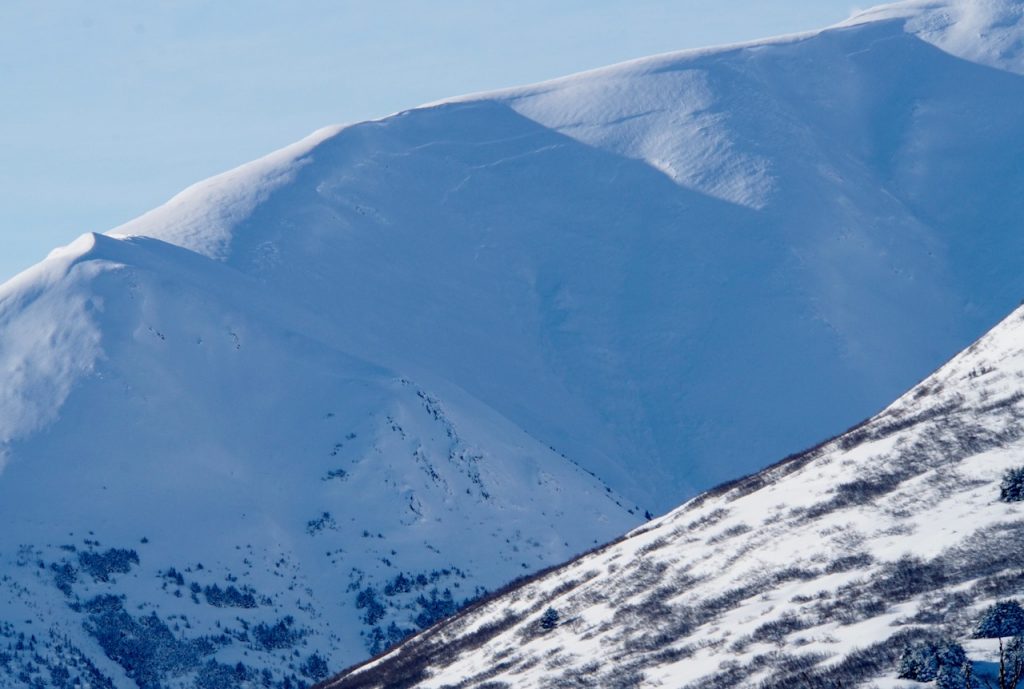 A large slab avalanche on the backside of Summit Peak on a generally NE aspect, stepping down and entraining more snow. Also note activity to the lookers right of the photo. 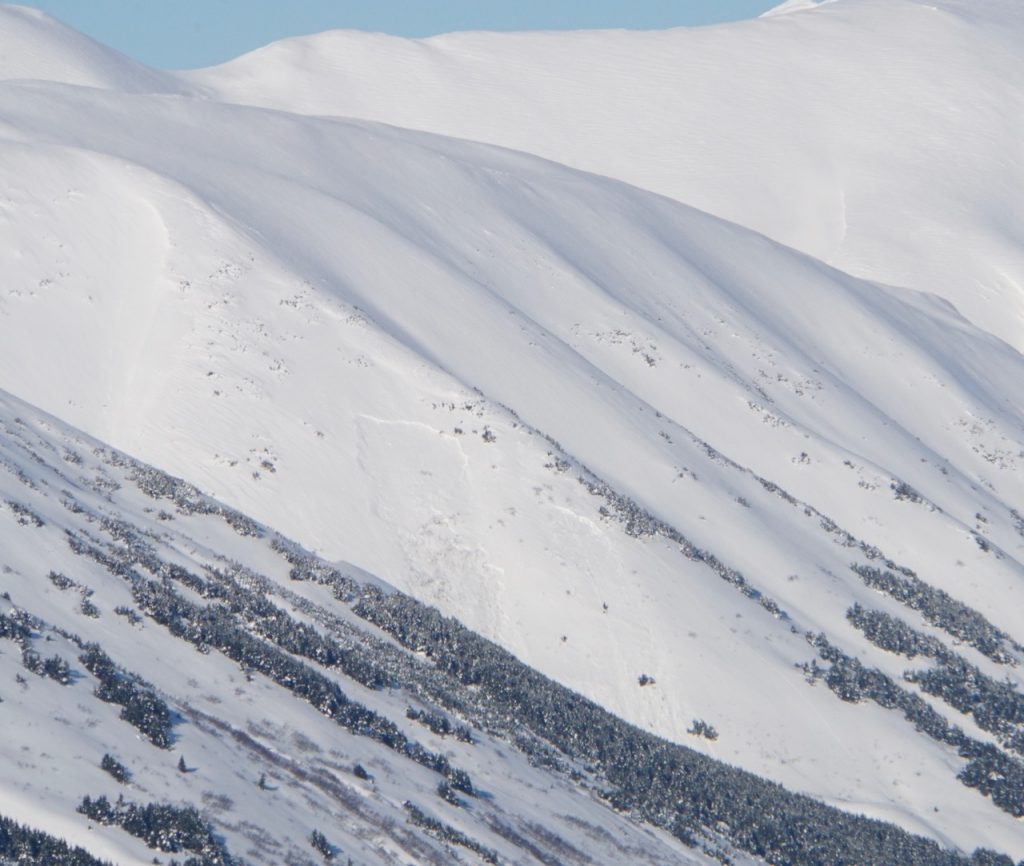 A slab avalanche on a steep, SE aspect of Frenchy, also stepping down. 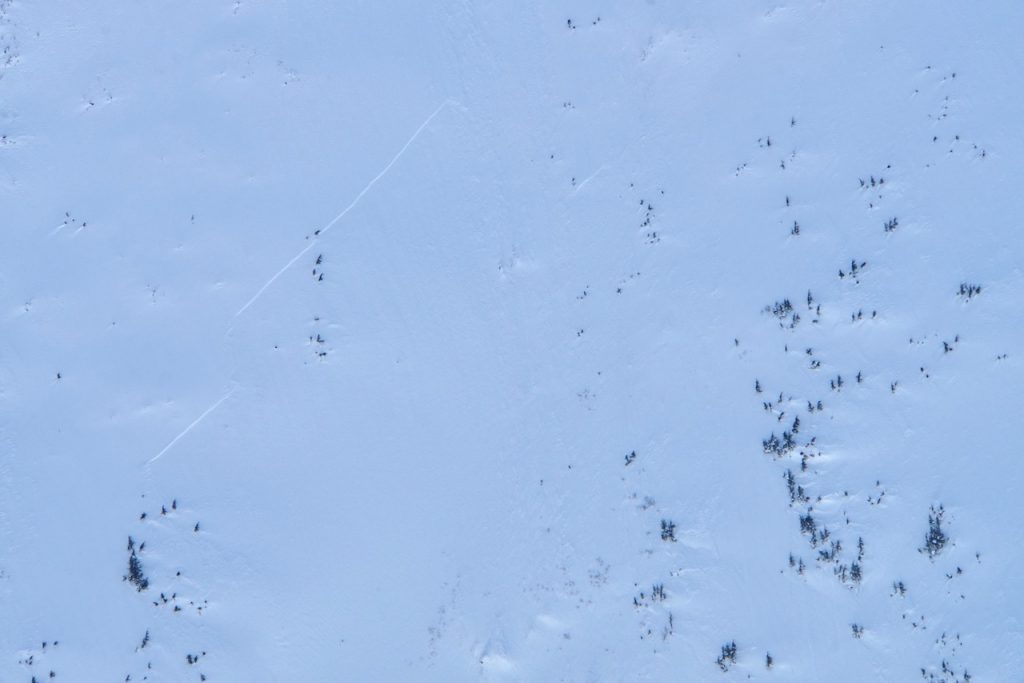 This wide propagating but very thin recent slab avalanche was seen down low on Spirit Walker, on a north aspect. 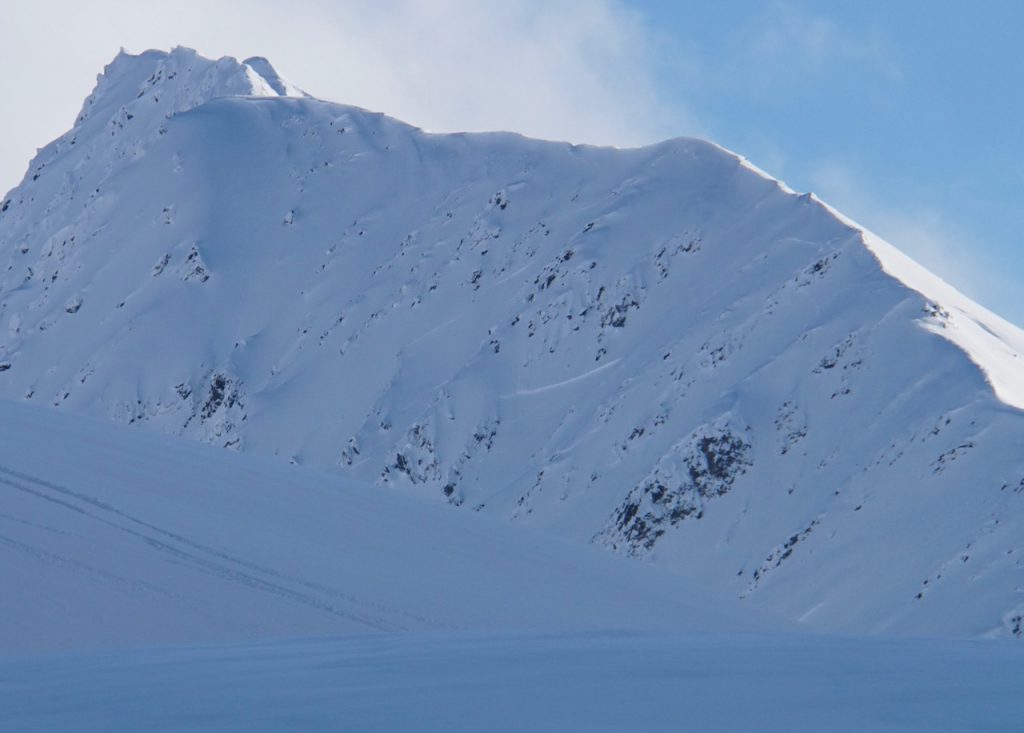 Higher up on Spirit Walker, a mid-elevation slab was fairly pronounced, with smaller slabs to the left and up below the ridgeline to lookers right. Crowns like the fainter one in this picture could be seen on most steep slopes on a variety of aspects, including below Silvertip. 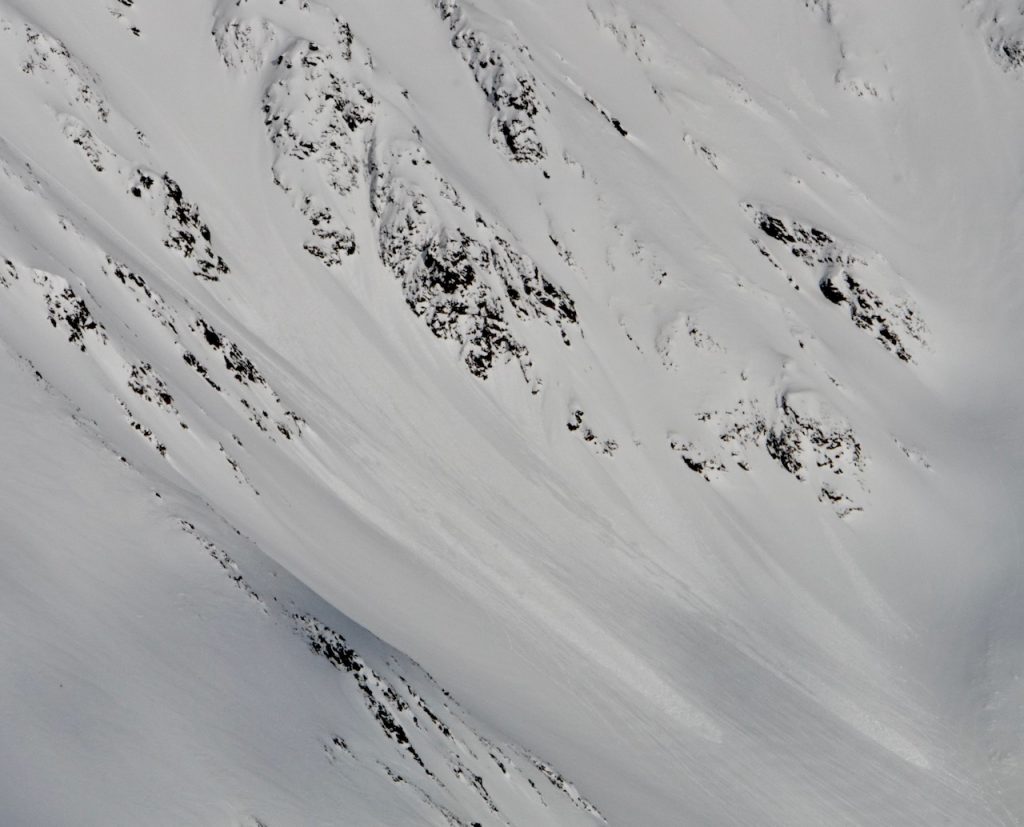 Loose snow avalanches observed below Silvertip on a SSW aspect. 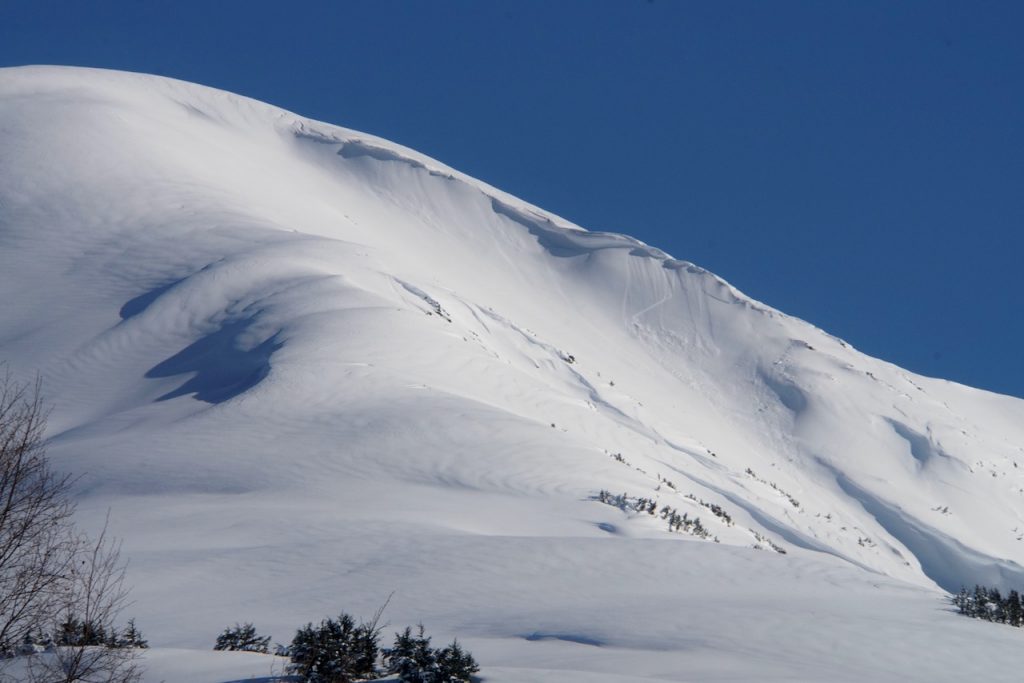 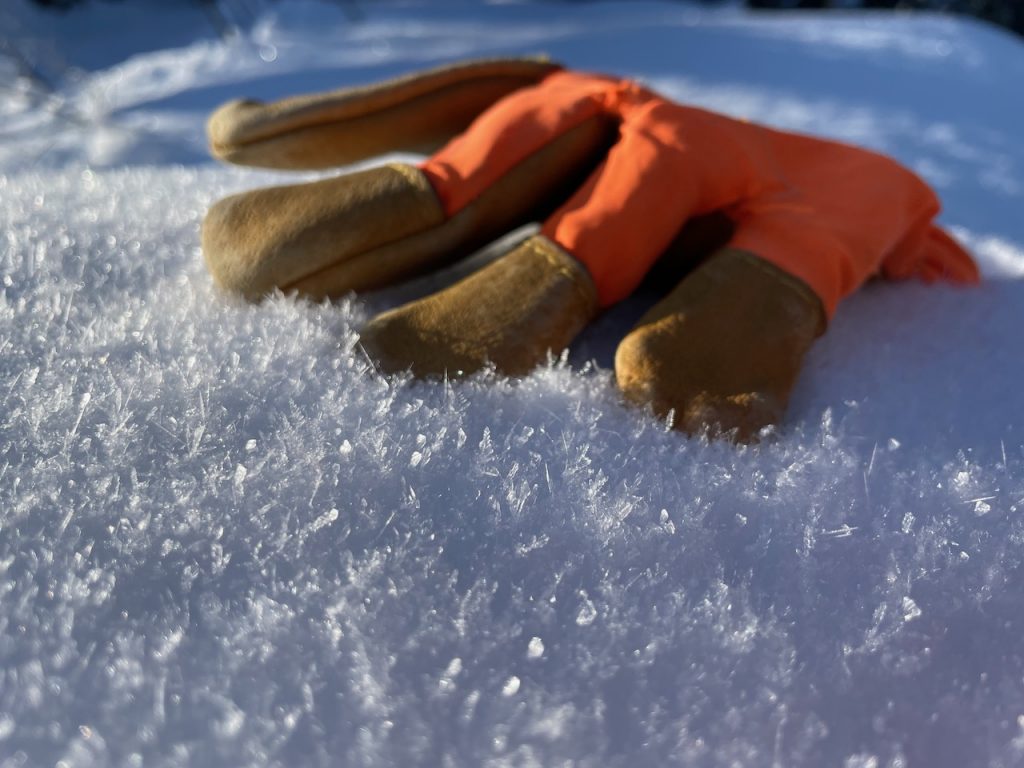 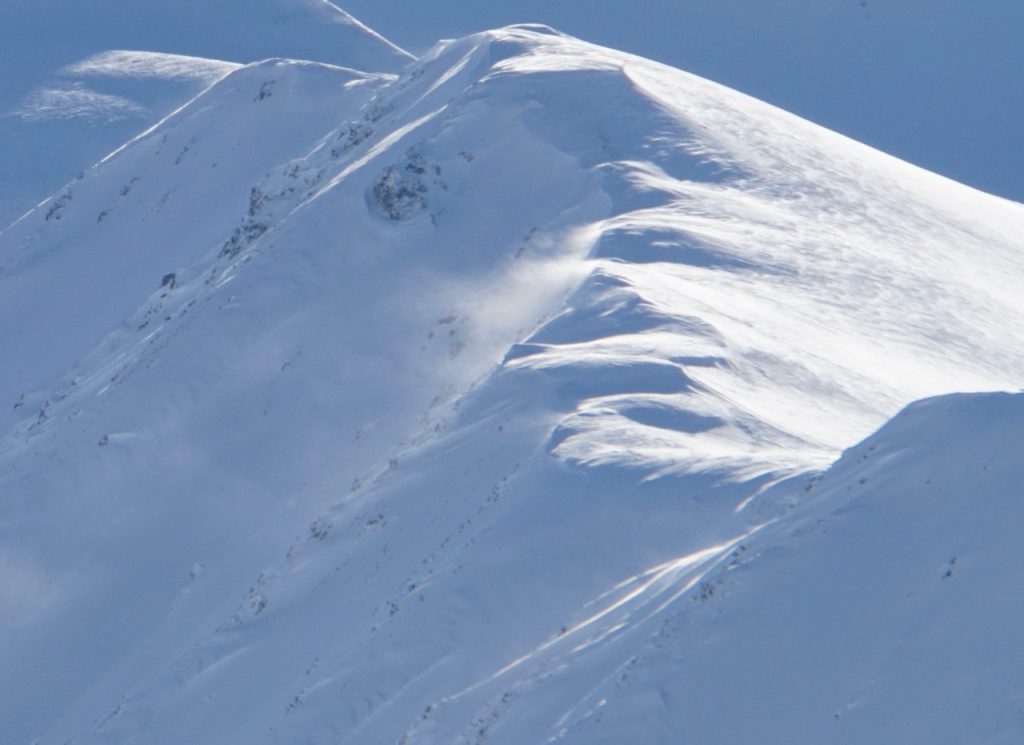 Wind transport from SW winds off Raven Ridge, which tapered down throughout the day. Generally light transport, with short periods of moderate. 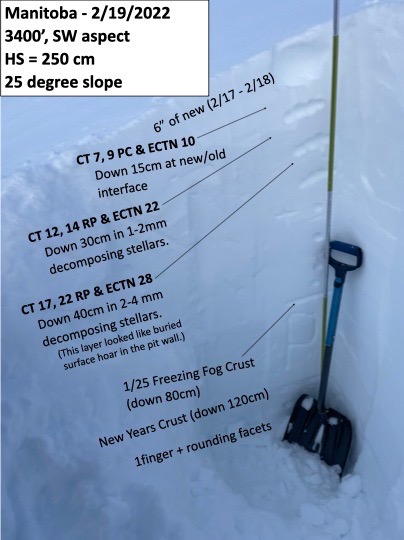 Pit results as described above. While no propagation was seen in this pit, this was not a recently wind loaded location. 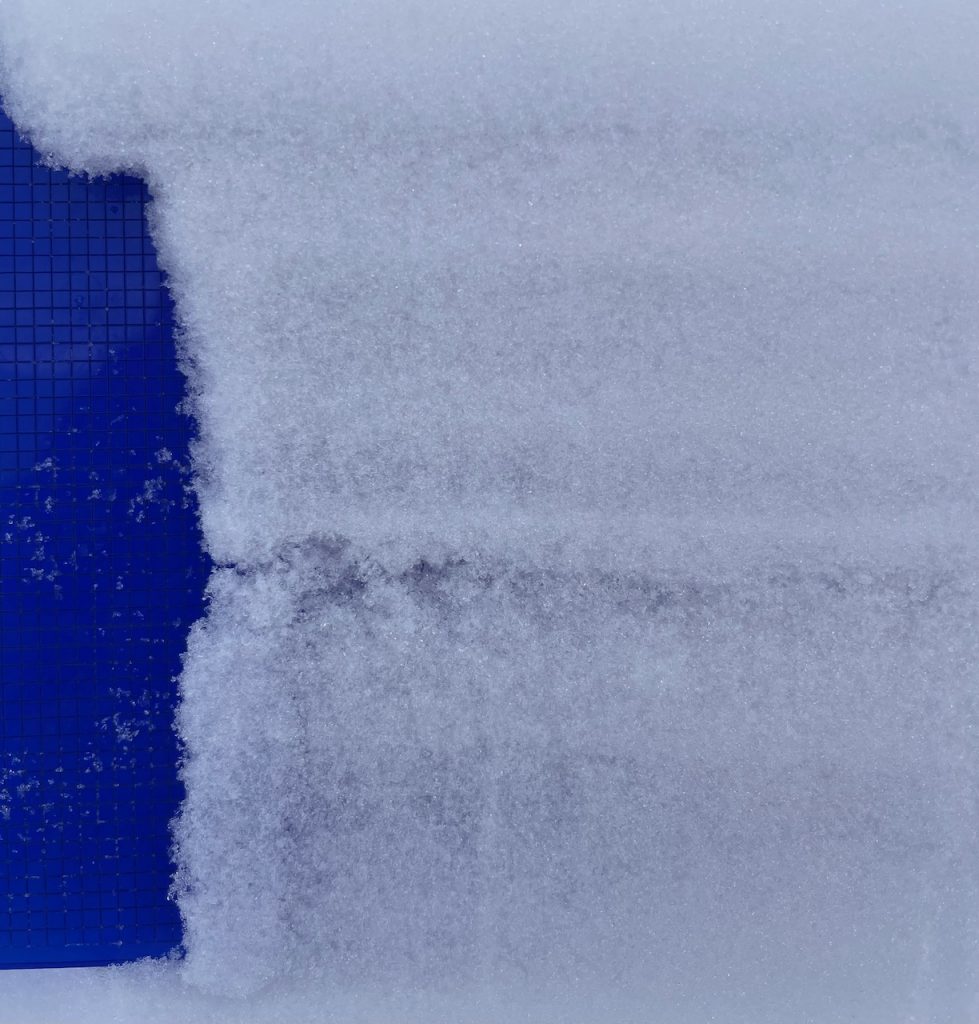 The layer of decomposing stellars was visible to the naked eye in the pit wall, but upon inspection it was just decomposing particles. 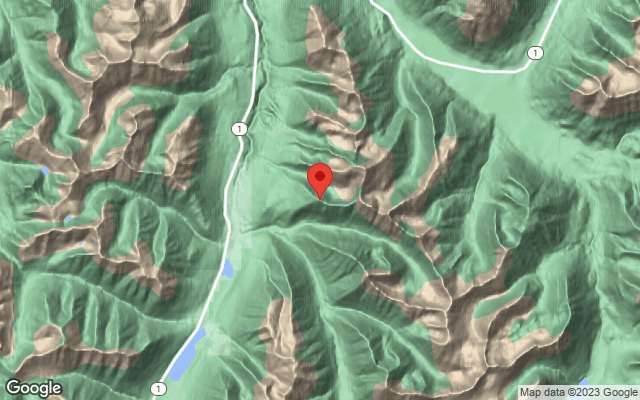