Signs of Instability:
Recent avalanches – No.
Collapsing – one small collapse at 3,700′ in a thin wind scoured East facing location. Collapse believed to
be in facets surrounding a crust 5-10cm above the ground (total snow depth ~12-16″).
Cracking – Minor cracking around skis. No shooting cracks.

Snow surface:
3-4″ of new snow from Dec 1st-2nd. Moderate winds have formed varying thicknesses of wind crusts and
wind slabs in many areas.

Snowpack:
Snow depth at 2,000′: ~2′, 3,500′ ~3′
The pack is generally stable with stiff and stubborn wind slabs 2-10+” thick above treeline. We were not
able to get any wind slabs to release on slopes or react. The Nov 18 curst sits roughly in the middle of the pack and no
weakness was found surrounding the crust where we dug. The one collapse we did have (mentioned above)
was in a shallow location and not indicative of the pack as a whole from what we saw.

At elevations near treeline, ~2,500′, where the wind has not affected the new or older snow, there is ~10-12″ of very weak faceting
snow that sits on the Nov 18 Melt-freeze layer – a potential weak layer in the event of a decent shot of
snow. 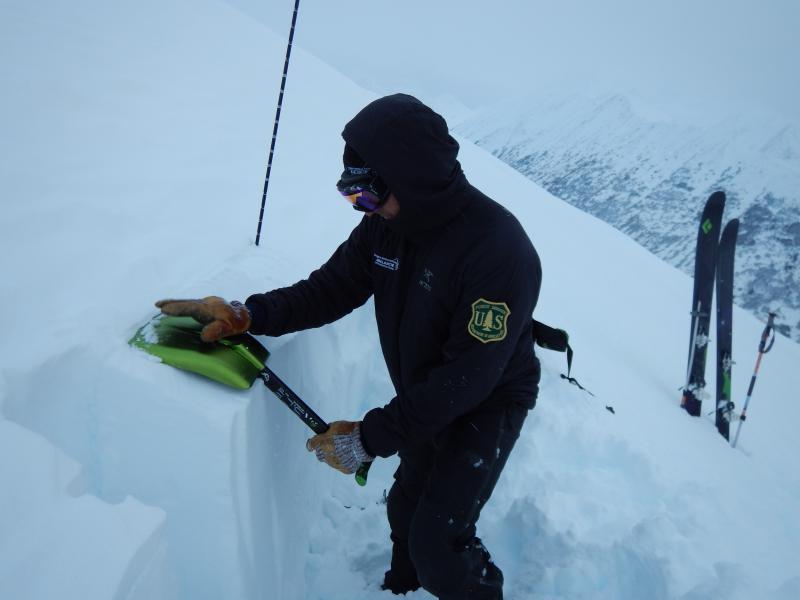 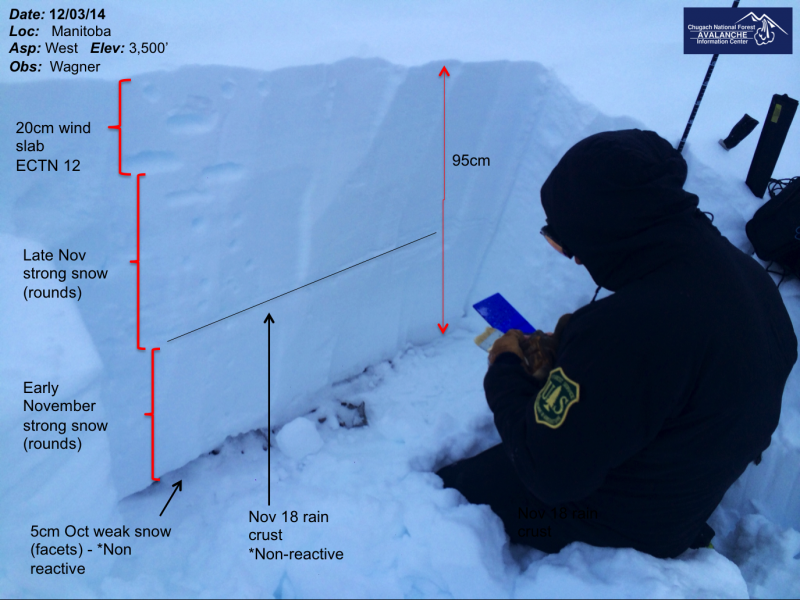 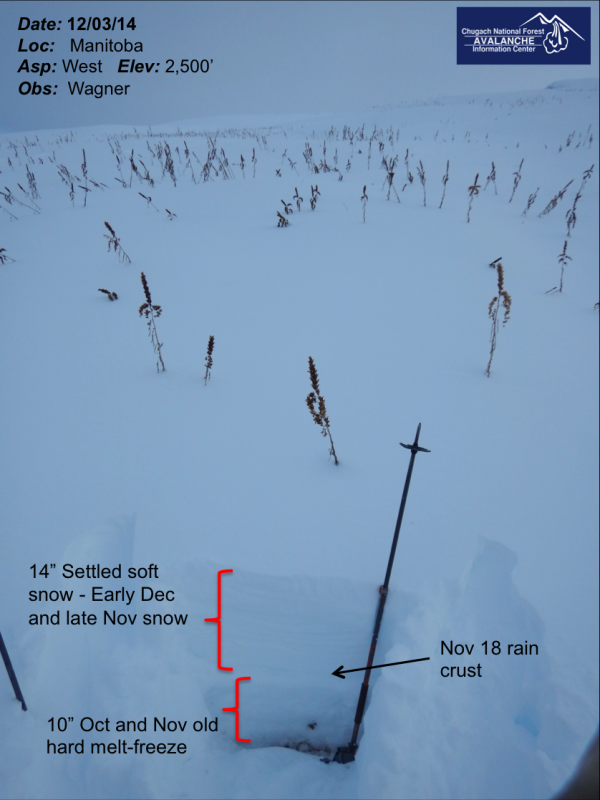 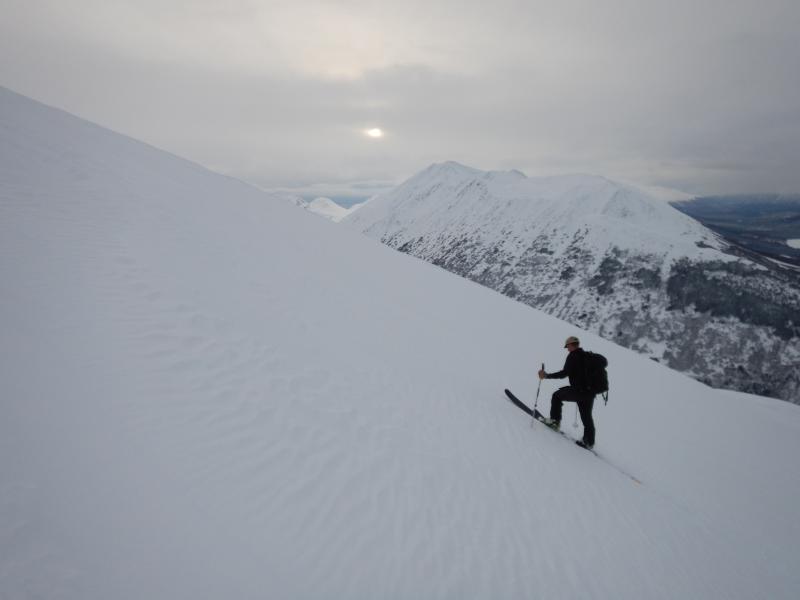 The winds have damaged many areas - BUT, not all! 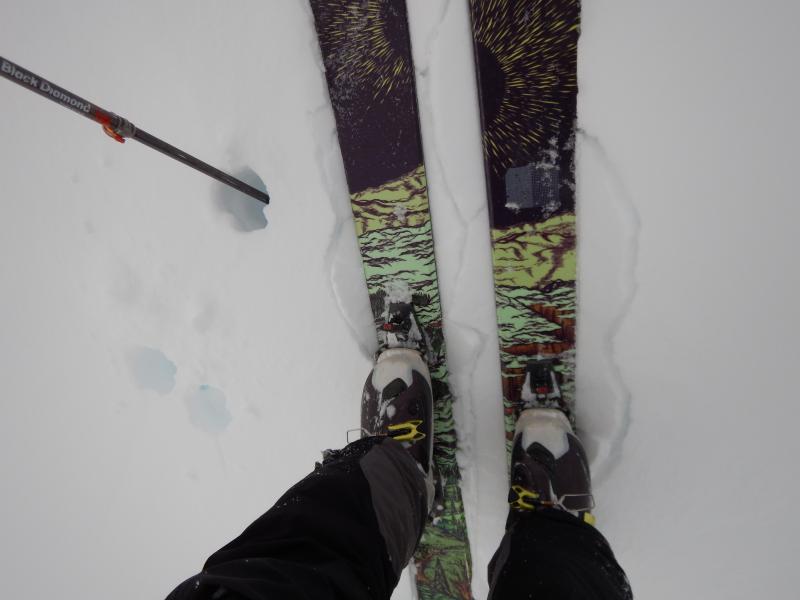 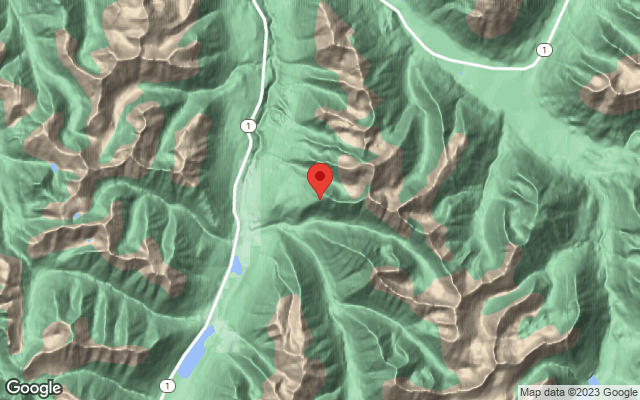