We think this avalanche - pictured below - occurred around 3 pm in the bowl to the east of Fresno peak, during a period of fairly intense snow transport. Despite propagating across nearly the entire bowl - granted well below ridgeline - the debris was fairly limited (~D2... maybe D2.5), making us suspect this wasn’t nearly as deep as the slides from late last week. We didn’t see tracks near the ridge to the south, so suspect it to be a natural.

Broken -> few clouds as the day progressed
Temps teens down low and single digits up high.
Light N winds occasionally gusting moderate above treeline, with the exception of some mid-afternoon sustained moderate N winds right at the NW ridgeline below the summit. Winds appeared to die down by late afternoon.

Despite wind activity, the surface remained fist hard at all locations on our tour except just on the ridgeline, where small areas of soft slab up to 18” deep were deposited. Ski penetration of 3-6” - less up high - and boot penetration of 12-24” 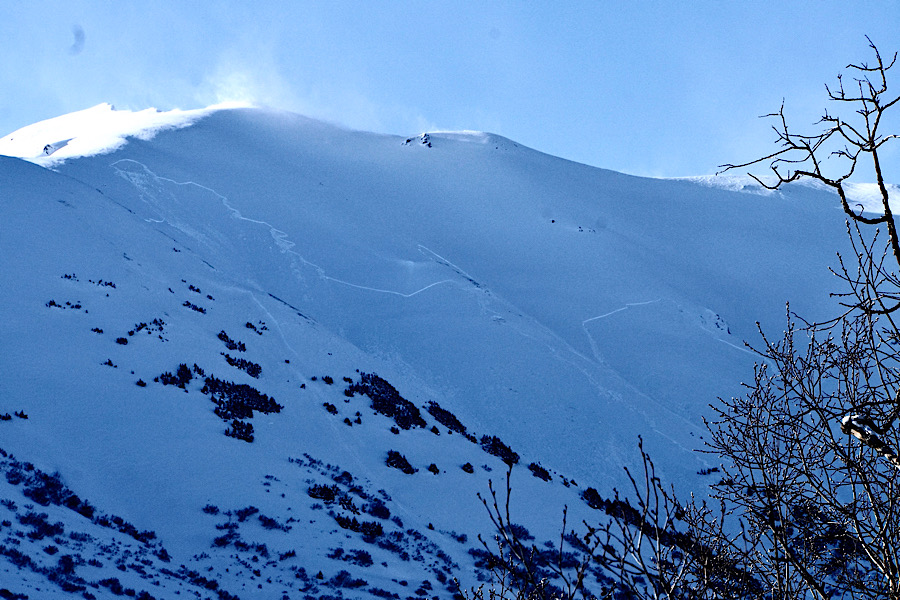 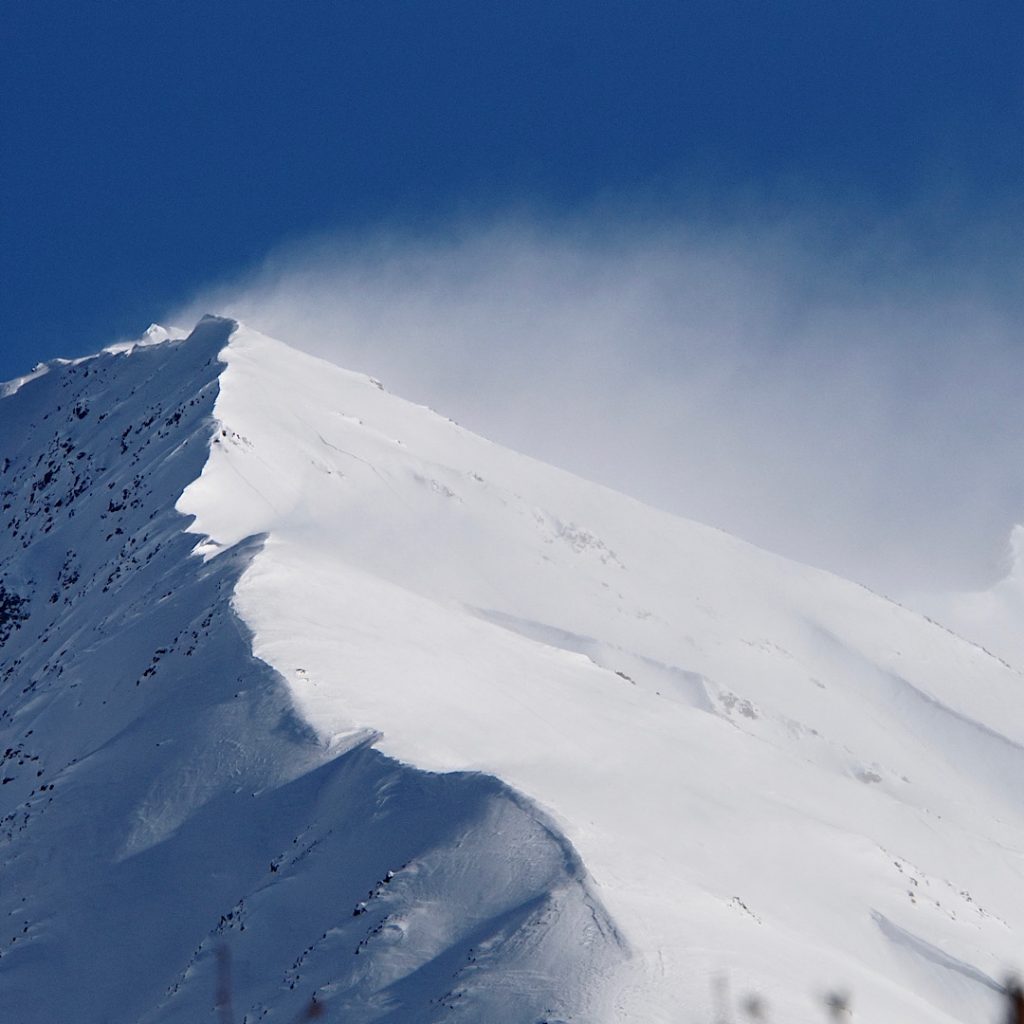 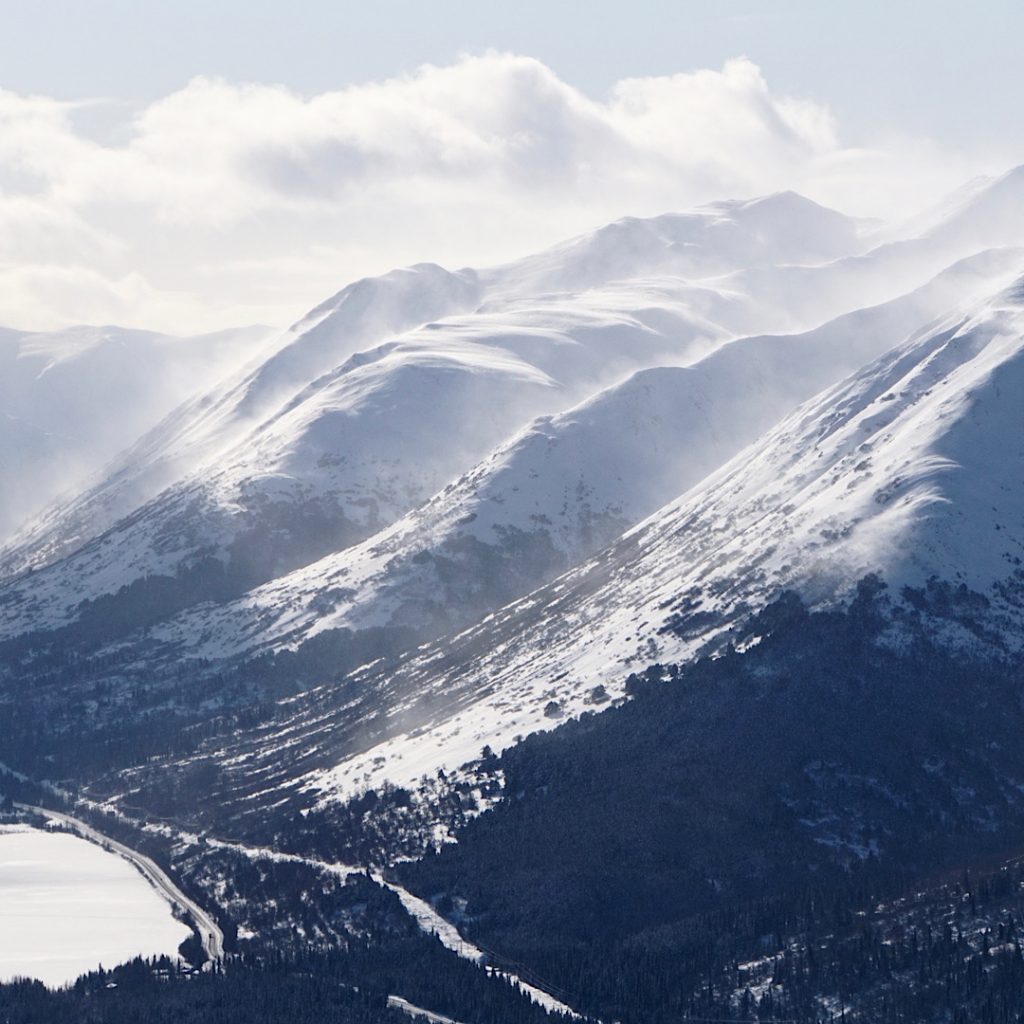 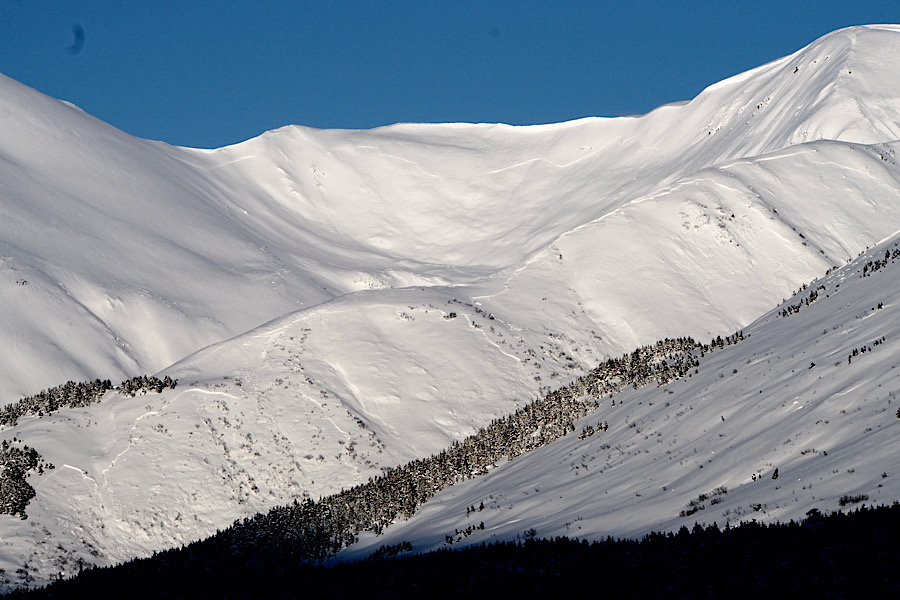 Crowns from slides that took place late last week - most of roaring ridge went, with some additional activity above it on moose! 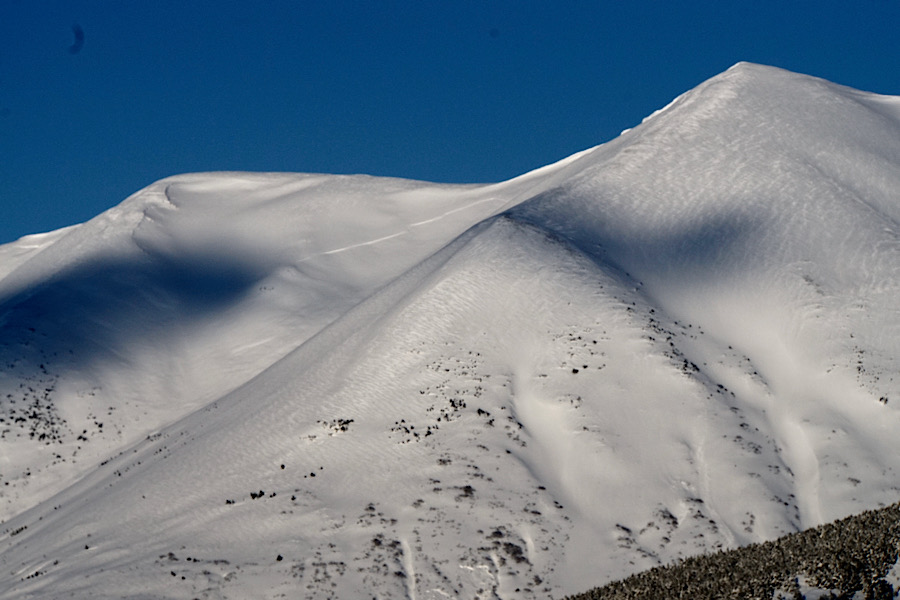 Crown from late last week in the W bowl of moose 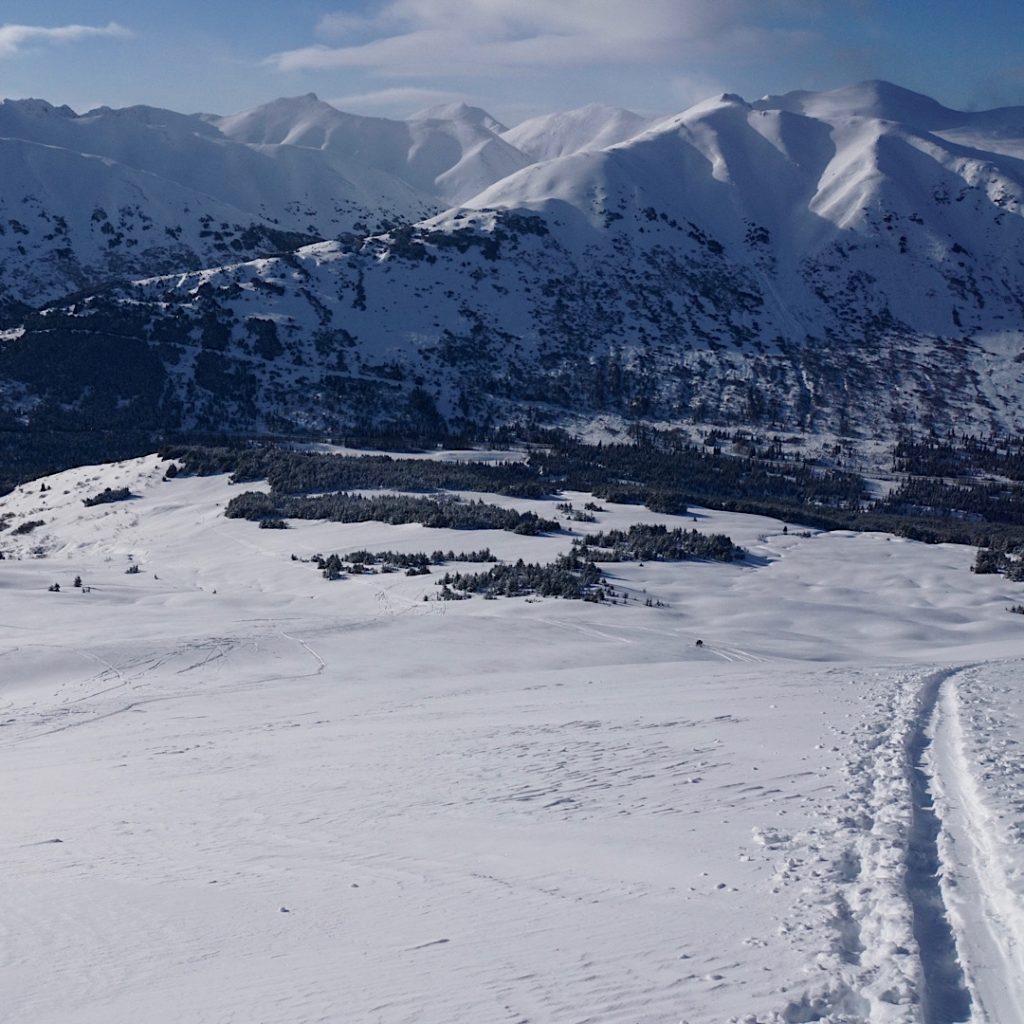 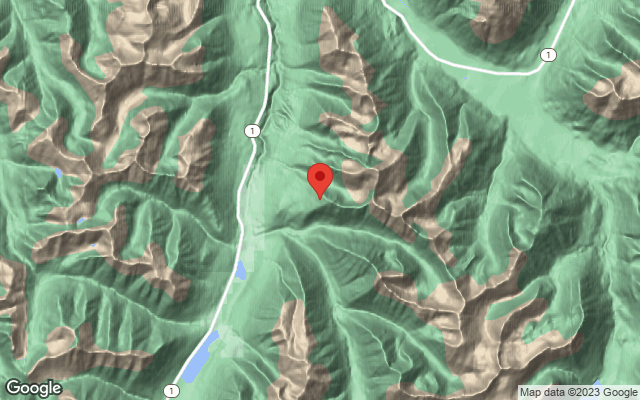