recent avalanche activity: see pic. no others noticed from manitoba.

Signs of instability: 2 incidences of medium whoomphs: both around 3200ft,
about 100 yards below manitobas north ridge on a west aspect. <25deg slope
angle, likely windloaded.

Crusty base with less than 1/2 inch of snow along trail.
Crusty base with ~1 inch at the base of the meadows.
At top of meadows new snow was about 3-4 inches with diminishing crust
underneath but still noticeable.
Above treeline crust disappeared for most part and snow conditions were great
for skiing on the western aspect of manitoba. Wind picked up in the afternoon
and transport of snow was seen at the ridgeline as spindrift, also my pole
holes were covered after about 20-30 minutes. the wind was out of the
southeast. 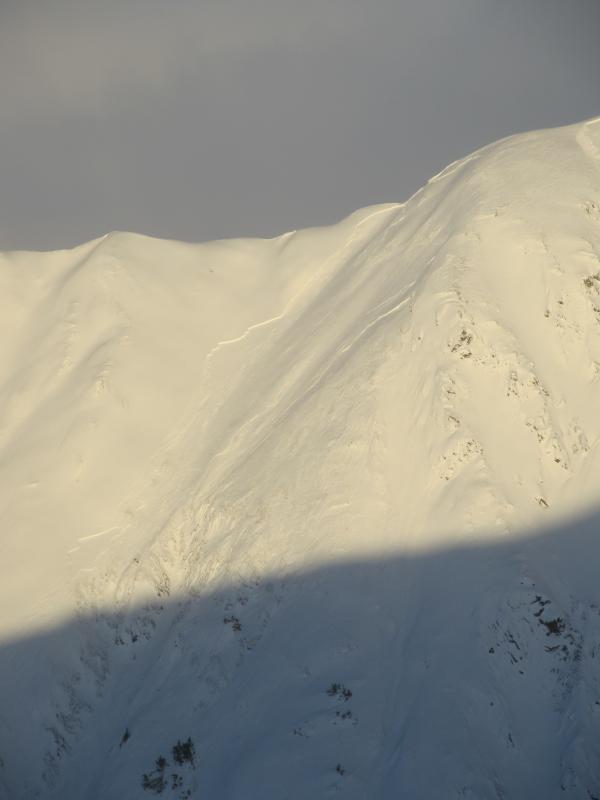 looking north from manitoba, there were several slides in bowls of same aspect running down into Block Creek. 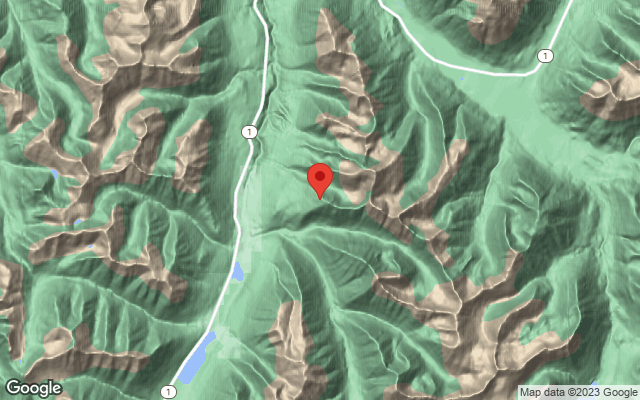