Toured up to 3700′ on Manitoba. Glide cracks are continuing to grow in Summit Lake area, there were a few significant cornice falls and some large storm or post storm avalanches observed from the road.
We found buried surface hoar again which seems to be the theme of the winter in Summit Lake. These layers will be important to track if they receive a significant load. 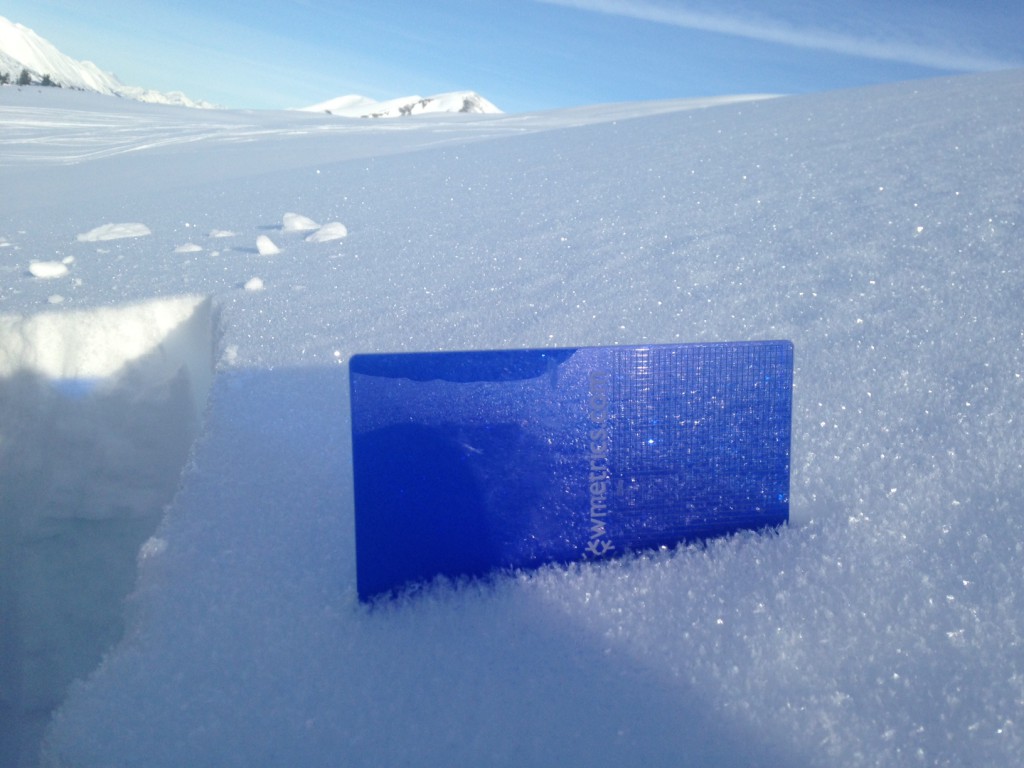 Surface hoar on the surface 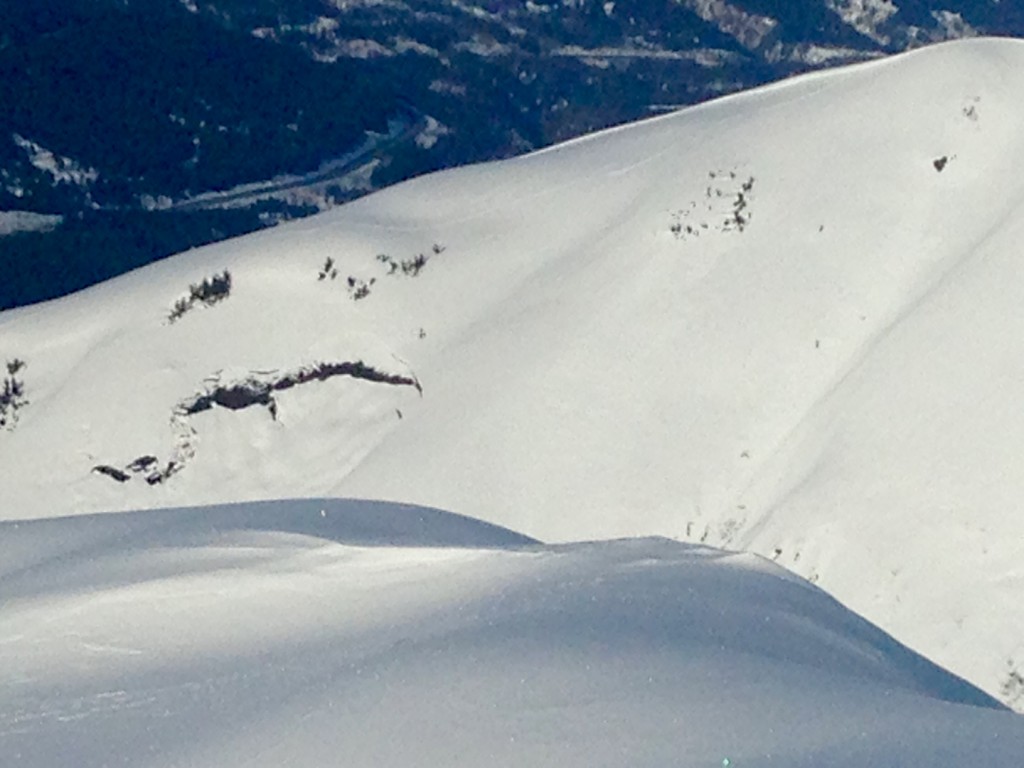 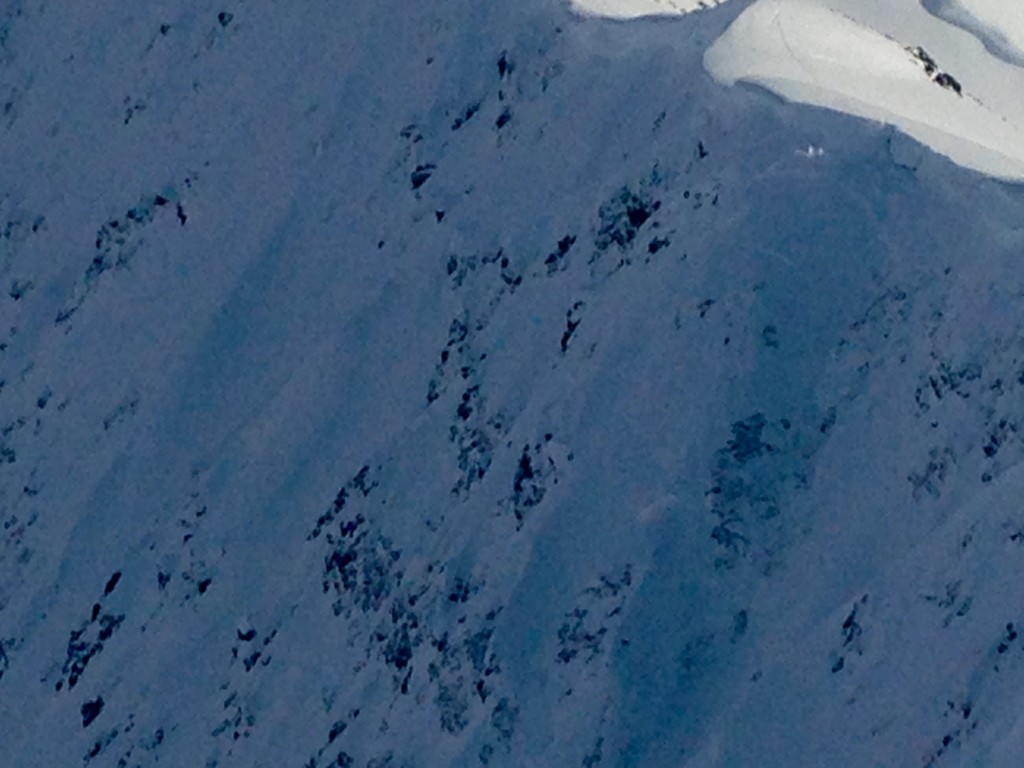 Cornice fall and slab avalanche on N side of Manitoba ridgeline 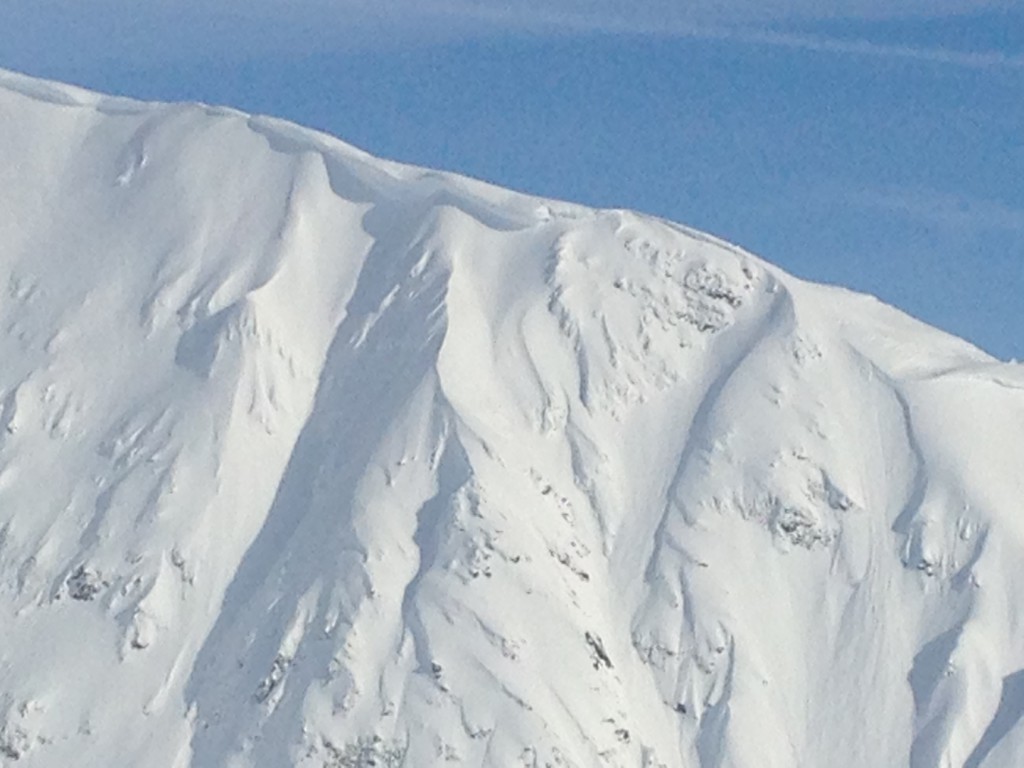 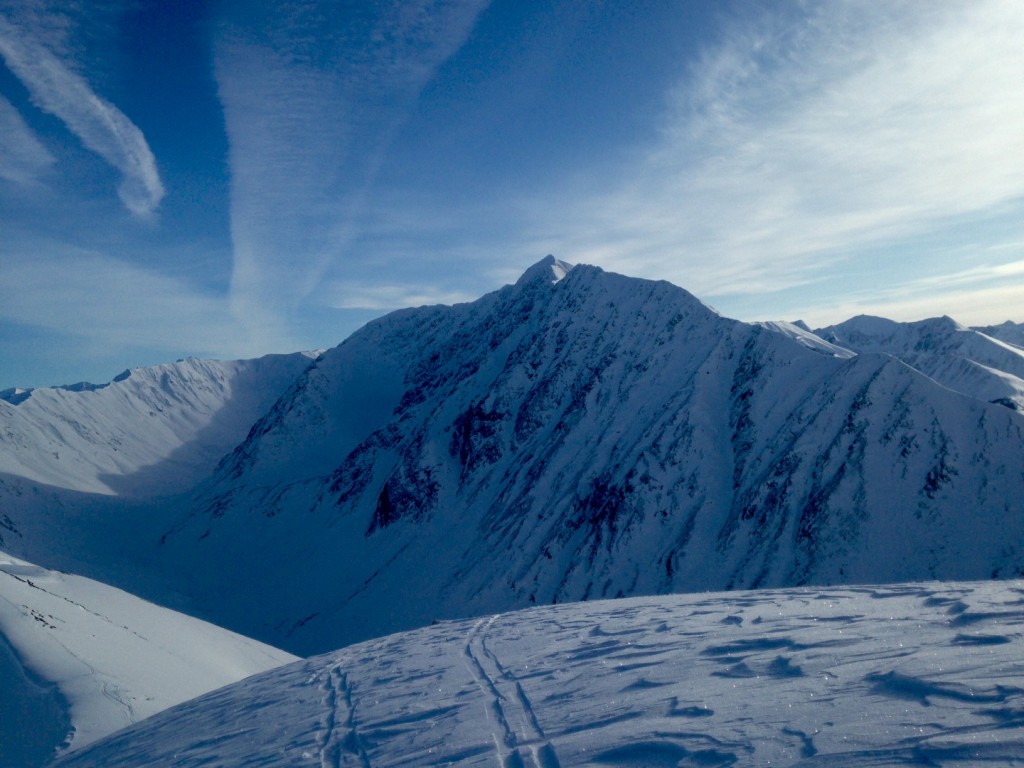 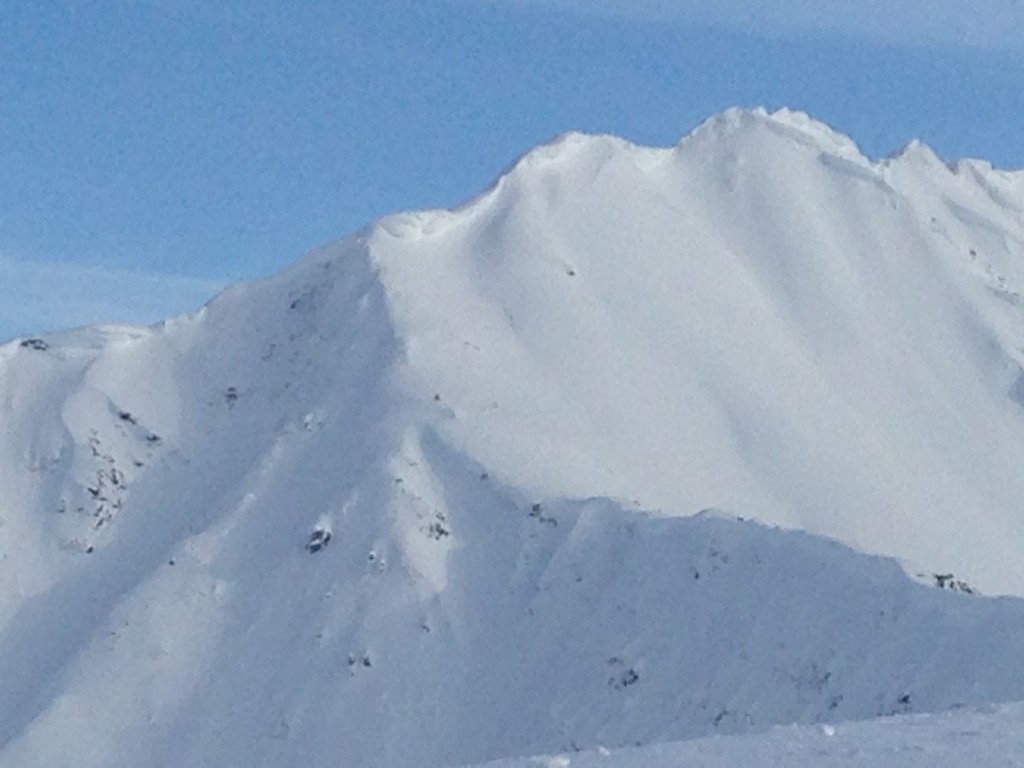 Cornicing in the Alpine. Note the opposing loading direction on the ridgelines, indication of some interesting localized wind patterns 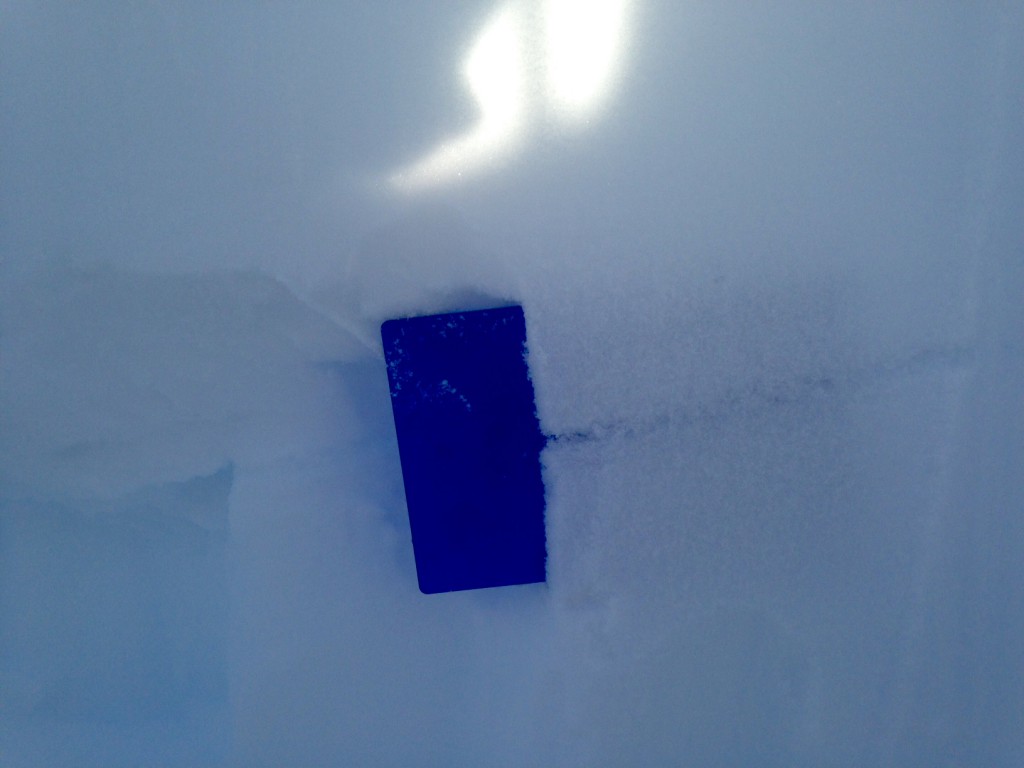 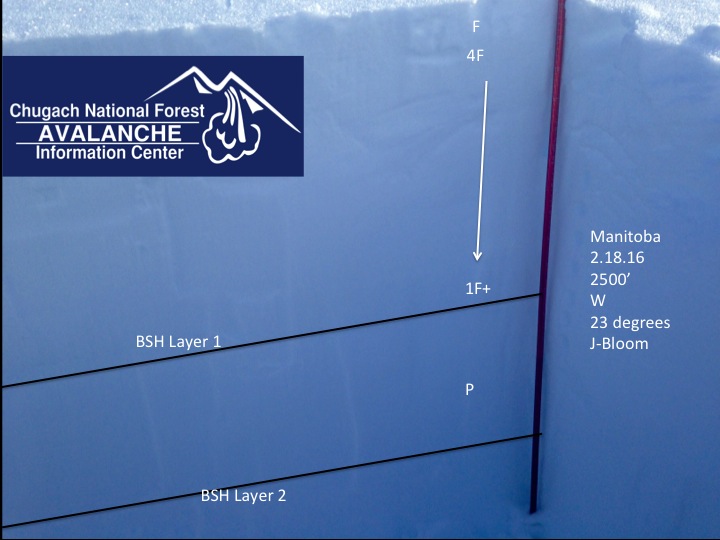 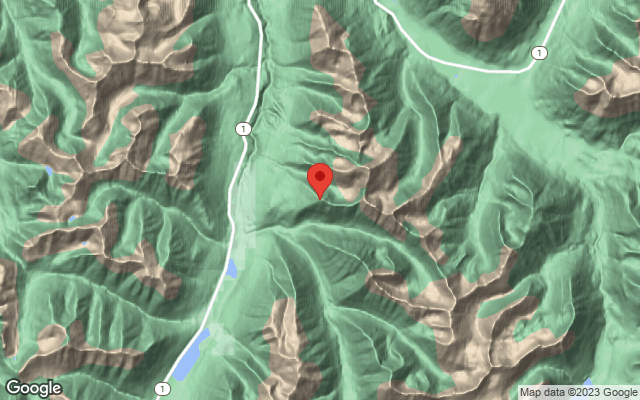