Weather: Winter was observed above 2000′!

30-40f and overcast, with the cloud ceiling around 3,000′. Light to moderate rain or snow –
snow up to 2cm/hour – with the rain/snow line at 1800′. Winds generally light but verging on
moderate above 3000′, transporting enough snow to cover up the skin track between our first
and second laps. Wind highly variable in direction, coming from the South, East, and North at
different times during the day.

Below treeline on the ATV trail: Ice, or a thin very wet snowpack. See photo below.

Above 2500′: 2-4″ of new, dry, dense snow from the past 24 hours over a firm base. Along
the ridge line, 4-8″ thick windslabs formed in the previous 24 hours are present – they sit on
older windslabs which cover the late January facet layer.

Instability: Very limited visibility of neighboring peaks, but no recent avalanche activity
observed. Despite traveling along the ridge on fresh wind slabs, no cracking or collapsing
near the top of the route. Two small collapses near 2500′.

Pit Results: One pit was dug at 3500′ on a West aspect, 25 degree slope with a height of snow
of 160cm. As pictured below, the surface structure at this location was 20cm of 4f+ recently
wind deposited snow over 10cm of 1f wind slab over 20cm of 4f, 2mm rounding facets from
late January/early February. ECTN 15 20cm down at the interface between the two windslabs,
and ECTN 25 30cm down on the 2mm rounding facets. 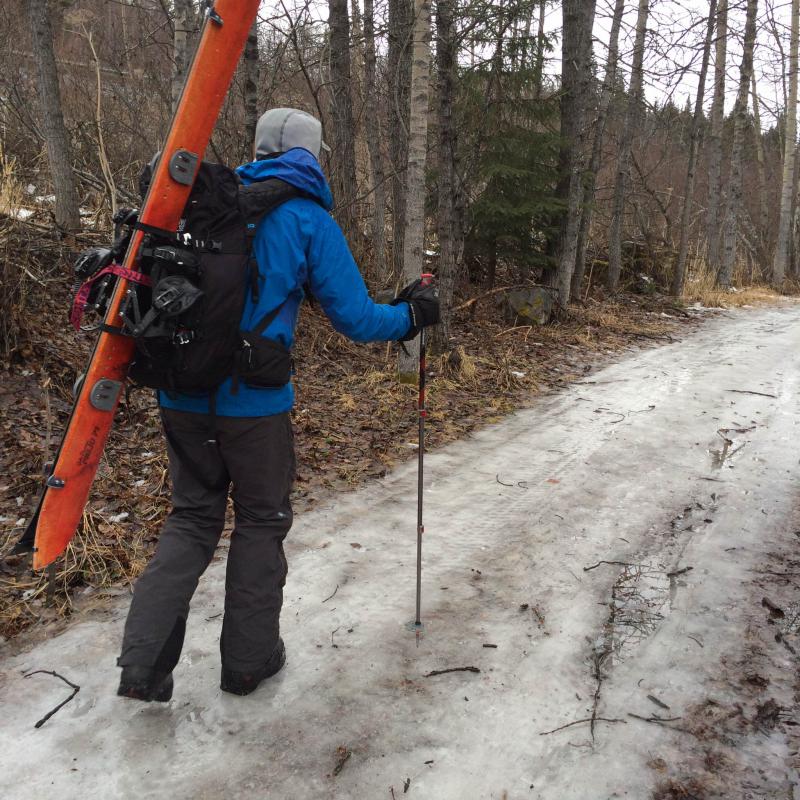 The trail heading towards the Manitoba hut is icy. 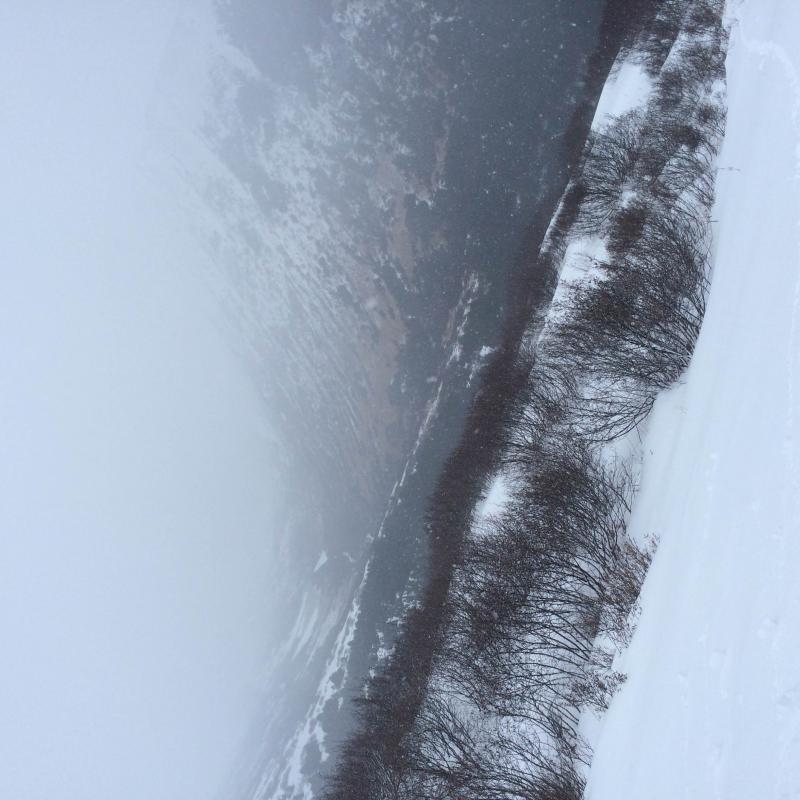 View south from Manitoba; not much snow is left below 2000'. 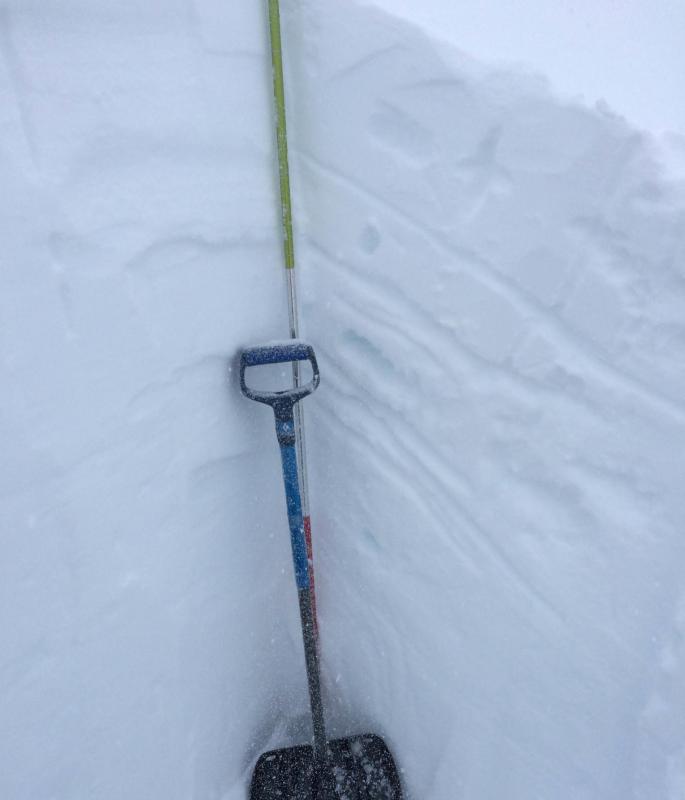 Quick pit at 3500' in a windloaded spot. 4f+ hardness new wind slab over a 1f slab over 4f rounding facets, as described above! 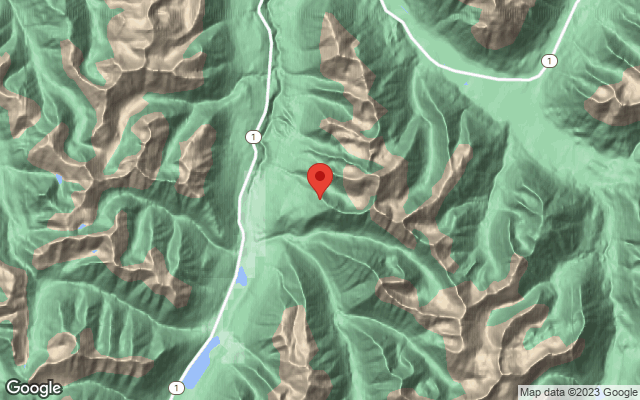