Route: Manitoba parking lot to the top of Manitoba (3700′) on a generally West aspect, then down to
1500′ and lapping once.

Weather: Clear sky with a strong sun. North to east winds throughout the day, generally light below
3000′ but gusting to moderate near the ridgeline and top; modest snow transport at these locations. Temperatures were in the mid-20s through low-30s throughout the day until the sun set… then they
plummeted fast, reaching 14f at 6:30 PM near the parking lot.

Snowpack: Overnight the western face of Manitoba above treeline had blown in, filling up tracks from
days prior. Down low, 5-6″ of soft on top but progressively harder snow was present over the January
melt layer. The depth of this soft layer over the January crust increased above treeline, reaching 14-18″
in certain places, but wind effect along the route produced a range of surface snow hardnesses and
thicknesses.

Instability: One recent natural soft slab avalanche – up to 1′ deep, 25-50′ wide, running an unknown
distance – was observed on a steeper, windloaded SW aspect of Manitoba, just below the summit at
3650′ … see the picture is below. A party that travelled in the area the day prior said this occurred
overnight. Similar slides in size and aspect were seen from the highway on the western aspect of Butch
in the morning, again with crowns just below ridgeline.

Occasional mild snow transport occurred throughout the day along our route, and mainly at the summit
or just below the Manitoba ridgeline… down at lower elevations winds would occasionally cause
saltating snow.

A quick pit was dug 50′ below ridgeline on a western aspect near 3500′ – details are below. 1mm facets
sandwiched between two freeze melt crusts from late January failed under medium pressure, with
propagation, in a sudden collapse fracture.

No collapsing throughout the day; no cracking other than short ones in mini-wind slabs (3-4″ thick) that
had formed on certain rollovers down low. 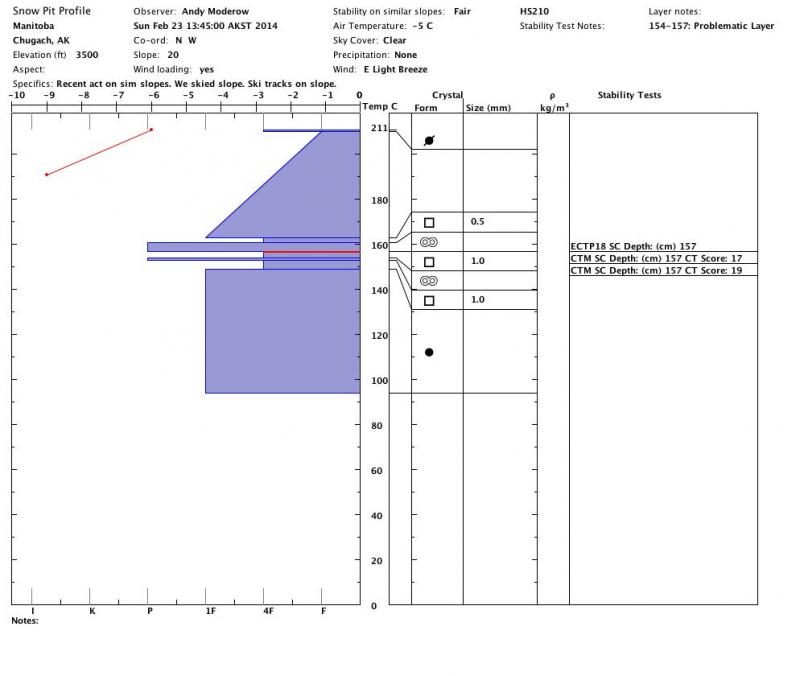 Quick pit dug at 3500', approximately 50' below the ridgeline. Windloaded location. 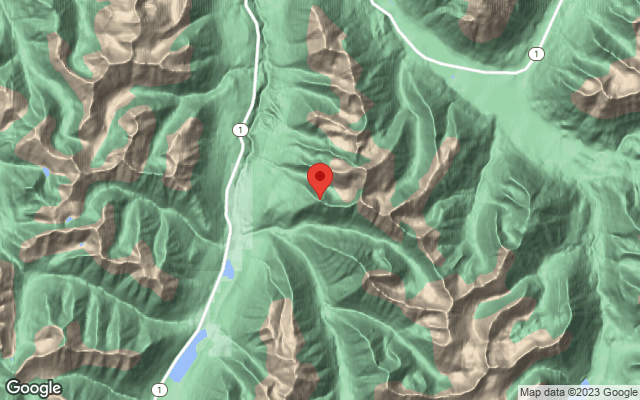