Most of the usual areas at Turnagain Pass that people ski,
snowboard, and snowmachine have lots of tracks all over them
right now. This brings up a question of whether or not these
tracks will improve future stability because sometimes compaction
from tracks changes the stability of a slope; especially, in
places like ski resorts.

The anwser to this question is that it depends. Let’s take a
closer look at this WSW aspect of Windowmaker Peak on Seattle
Ridge, and think about our current situation. The weak layer of
biggest concern for future stability is the weaker snow on top of
the slippery rain crust. The top of Windowmaker Peak is about
2600 feet, and we know that the rain crust exists on this slope.

I’ve seen pictures of mogul fields at ski resorts that avalanched
on a deeper weak layer; so, I would not reccomend making life or
death decisions based on compaction after these tracks get
buried. 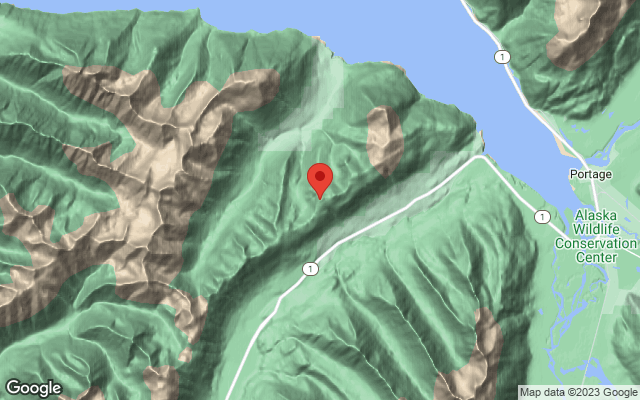