No recent avalanches observed
No shooting cracks
No collapsing/whoompfing

Current Problem: Persistent Slab
Layer of greatest concern is 45 cm down consisting of facets on top of a thick
melt freeze crust. Tests showed moderate strength, propagation potential to be
somewhat high, and structure that is poor.

The snow that fell on this crust initially adhered well. Snow that has fallen
since this crust formed has come in relatively small increments, so the old snow
has had time to adjust to these new loads.

Over time the snow at this interface has shown signs of faceting (weakening).
This crust is most pronounced at this elevation and ~500 feet above and below.

While the tests showed propagation to be likely on similar slopes, a closer look
at the interface showed a more complicated situation. The bed surface has some
texture and was irregular. Small chunks of the slabs that had failed were stuck
onto the bed surface (see photo). This shows that while there is propagation
potential in this location, there is still some bonding at this interface as
well as friction holding this slab in place.

The bottom line is that it is worth avoiding steep terrain where this snowpack
structure exists.

Past and Future Problem: Deep Slab
Digging to the ground at this location showed a ~20 cm layer of 1-2mm facets
that are 1Finger in hardness. The facets are still intact; it doesn’t appear
that the warm periods that occurred between Christmas and late January had a
significant effect on the base of the snowpack at this location. Despite this
there are some connections between grains (rounding). The slab overlying this
layer is very, very strong. It would take an extraordinary event or amount of
force to affect this layer at this location. We will continue to monitor this
layer. 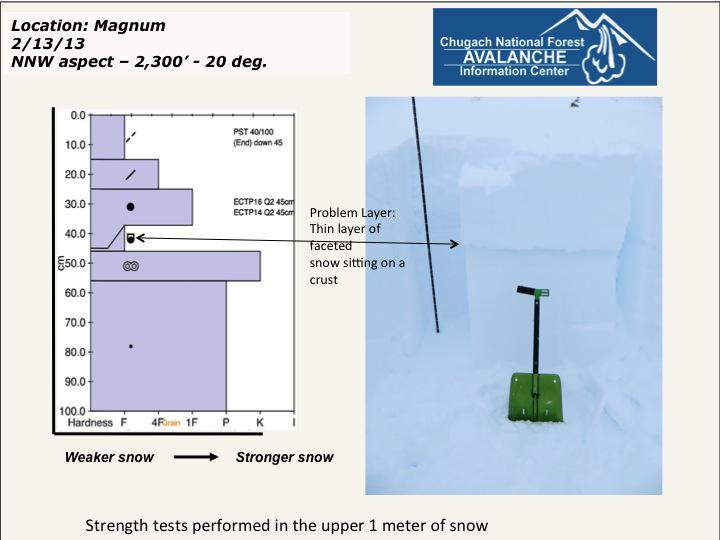 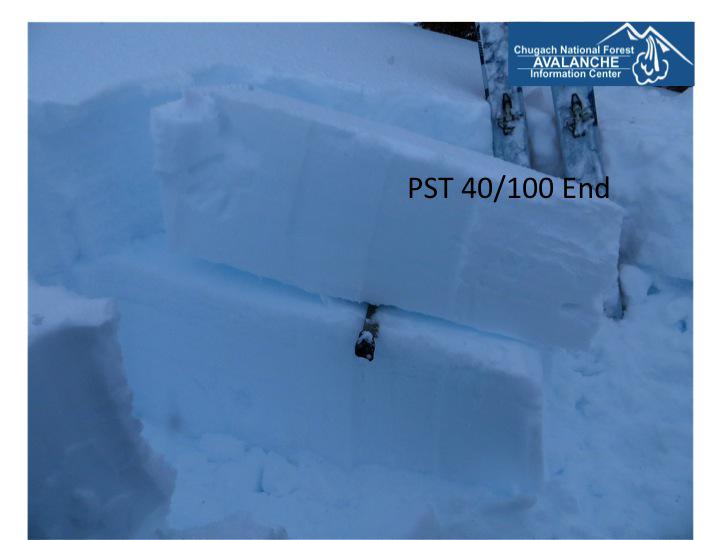 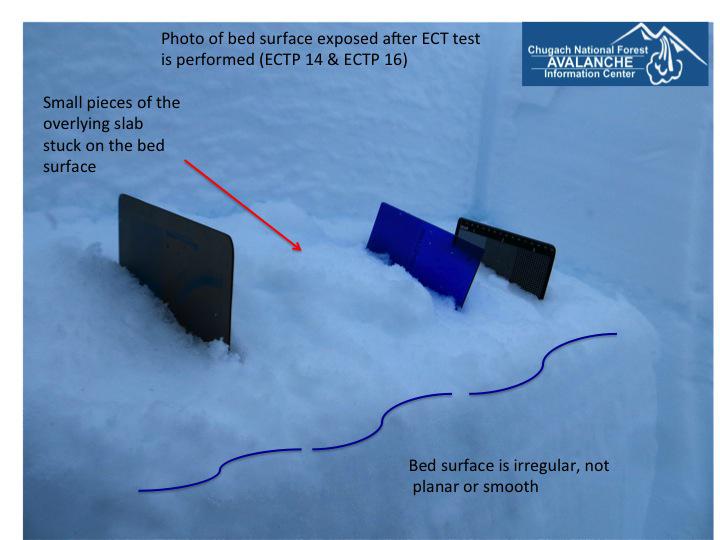 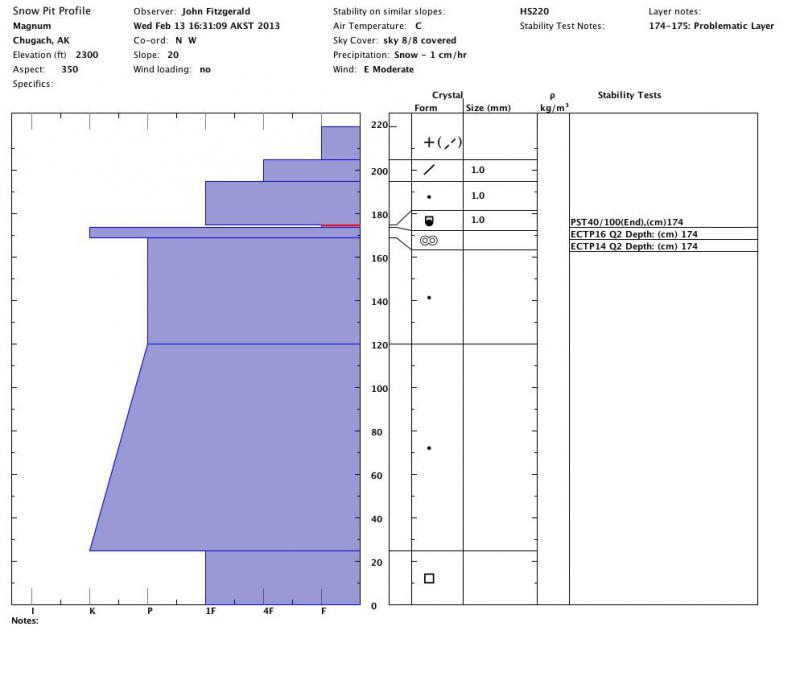