Older wet loose avalanches and rollerballs on the North side of Cornbiscuit and
S facing in Superbowl that likely occurred during the warm up on Feb 12th.

Snow below the surface
Our focus today was on assessing the depth and distribution of the most recent
storm slab. Slabs were first encountered around 2,400’ and existed in small
pockets all the way to ridgetop level (3,400’).

We dug just below the ridge in PMS bowl and found slabs to be on average around
8” thick. Tests showed moderate to high strength and low propagation potential.
Facets (1-2mm) sitting below this slab sit on older firm snow.

Around the 2,800’ level those facets are larger (2-3mm) and more well developed
and sit on a crust. In the mid elevations where slabs exist (which were very
shallow and unconnected across slopes in this location), a greater potential
exists for wide propagating fractures. 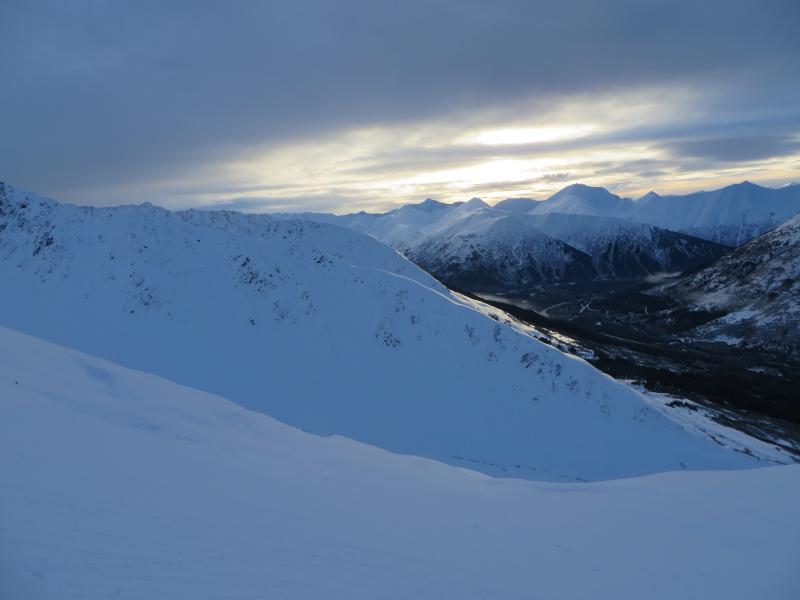 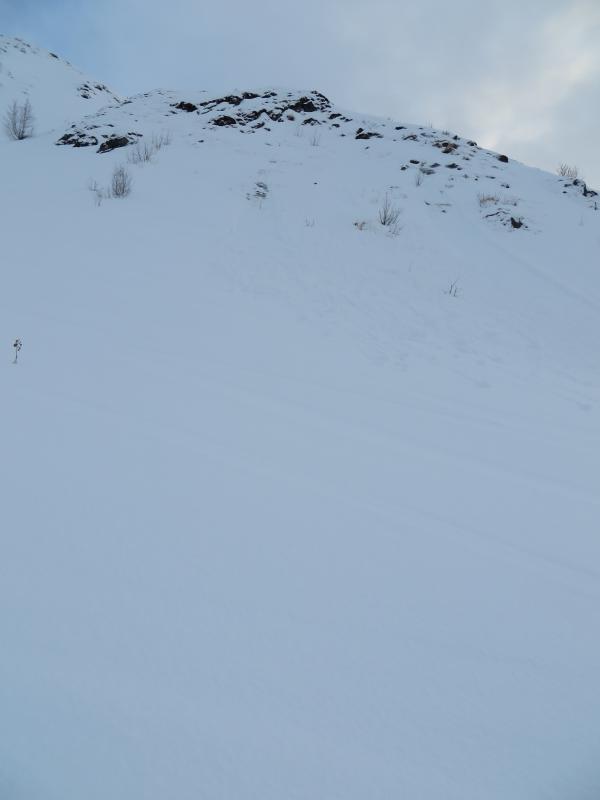 North side of Cornbiscuit-Shallow wet loose activity that likely occured on 2/12 during a warmup. 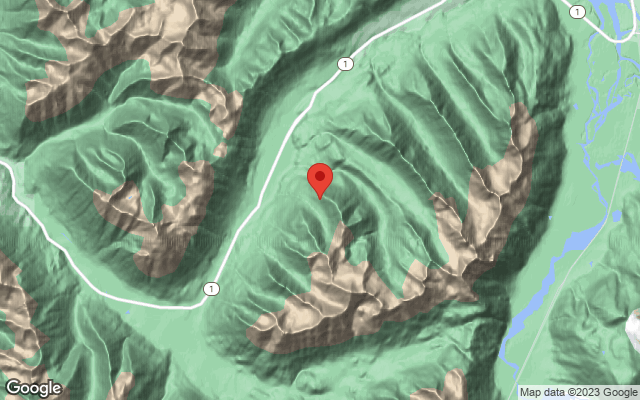