Route:
Travel was from 900′ to around 2200′ up the drainage between Magnum and Corn Biscuit.

Weather:
Clear skies above a thick mid-elevation fog band which kept visibility low just above treeline. Temperature was chilly, in the teens F. A light Easterly breeze was blowing down valley.

Signs of Instability:
Recent avalanches – No
Collapsing – No
Cracking – No

Snowpack Observations:
Being that this was a Level 2 refresher/Observer Course we had several people digging several pits – which was great!

All pits dug were ~2200′, W to NW facing, around 20-30 degree slope angles. These were on a small knoll with prior wind effect.

*The basal facets as well as the facets under the Dec drizzle crust appear to be rounding, gaining strength and some bonding was seen in the scope. They were also a little moist. Additionally, the Dec drizzle crust was stuck to the bottom of the slab in most areas and was soft and decomposing. These are good signs for the future, but it is only one small point at 2200′. 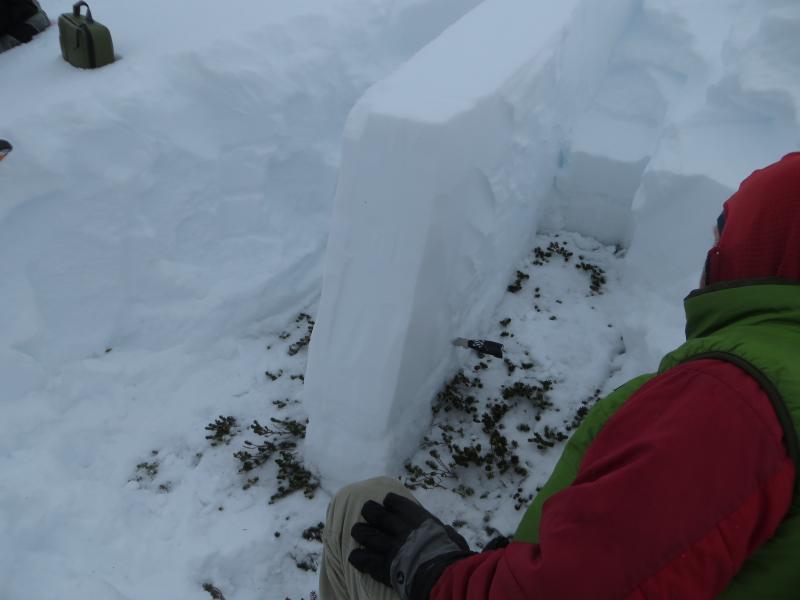 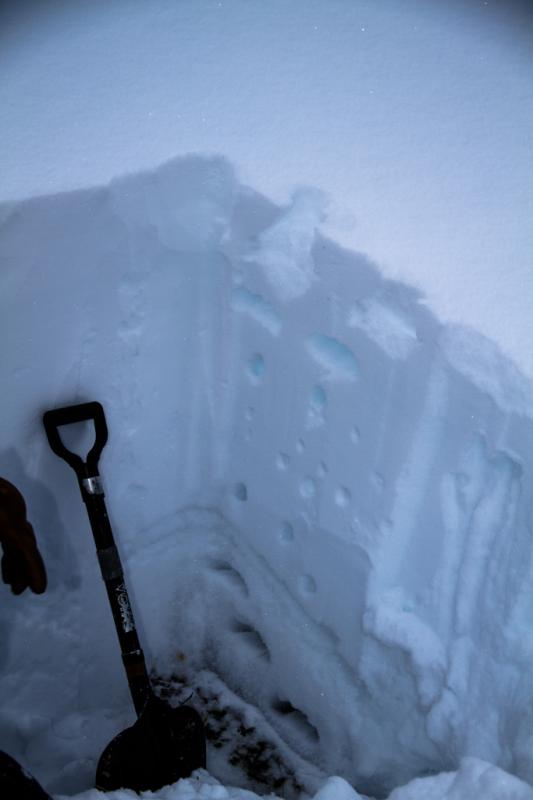 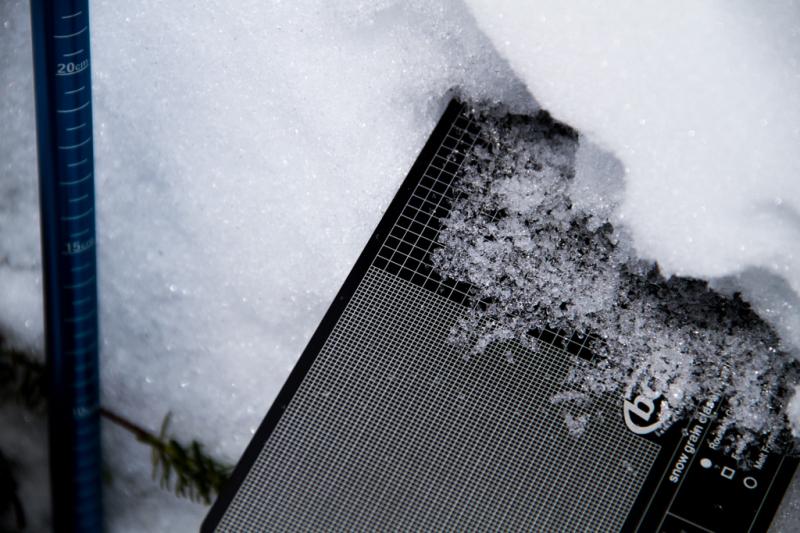 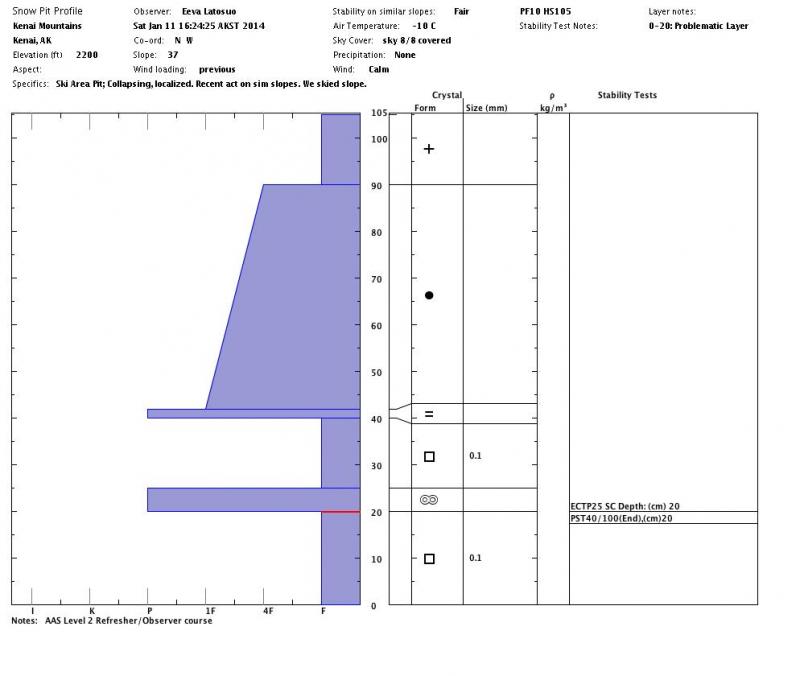 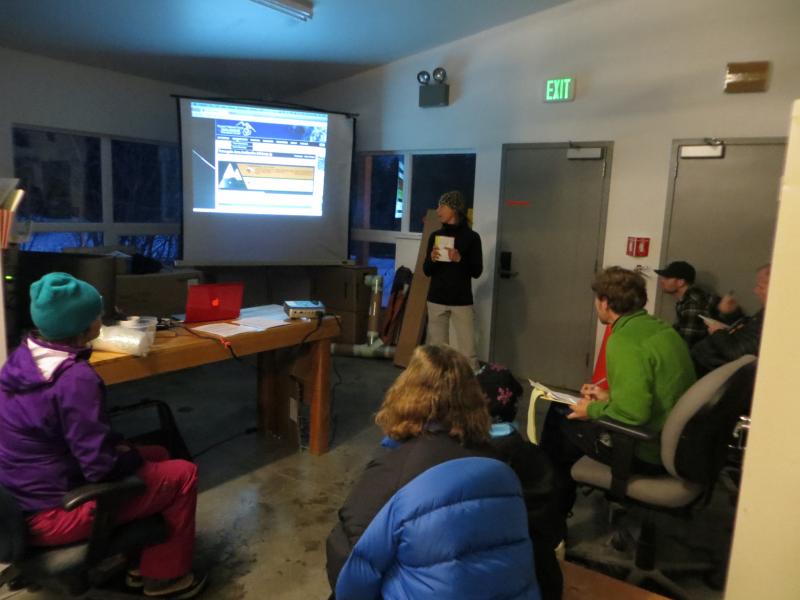 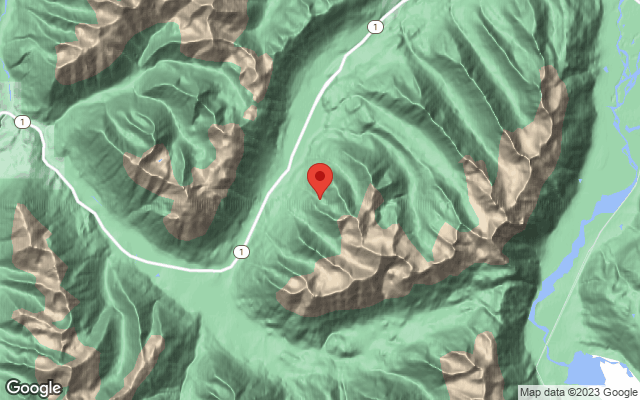