We toured into Super Bowl, and were considering going up and over into Goldpan after noticing that there wasn’t quite as much snow at the south end of the pass. As we got into Super Bowl, new snow depth was closer to 12″, and we could tell that the wind had blown near the ridgelines. Not wanting to be avalanche test dummies at the top of Super Bowl, we decided to stick to the more sheltered terrain closer to PMS Bowl.

We got a few collapses on our way up at around 2600′. We dug two pits on a S-SE aspect at about 3150′ on a slope that had not been wind loaded. We did not get any alarming test results, and the storm slab still seemed too soft to propagate a fracture. Those facets that formed during the 11-day dry spell prior to this last loading event were noticeable in the snow pits, and will be something to keep an eye on for a while.

We got a few collapses on a piece of wind-loaded terrain at about 2600'. We also noticed a fresh looking avalanche in a wind loaded bowl on the front side of Seattle Ridge, and debris from multiple avalanches on the north side of Cornbiscuit that likely occurred during the tail end of the Tuesday/Wednesday storm (see photos).

Mostly clear, with some clouds moving in through the day. Winds were light out of the south, and not really noticeable until we were standing on the ridgeline. Temperatures felt like they were dropping through the day.

3-4" snow at lower elevations, 10-12" up high. Surfaces were soft for the most part, but a lot of slopes had a thin, punchy wind skin on top. Surfaces just below ridgeline had more noticeable wind effect.

The area surrounding Turnagain Pass had been hit harder by the winds, especially along the Turnagain Arm, and down south by Silvertip. It seems like Turnagain Pass has dodged the bullet for now, but were not in the clear just yet...

From two pits on a SE aspect at 3150' on the far looker's left side of Super Bowl:

Average depth was 3-5', with 10-12" new snow on top. The facet layer from last week was around 10" thick, and the slab below that got progressively harder (4f-1f hardness) until the ground. The October facet layer had rounded out in both of our pits, and did not look at all concerning. 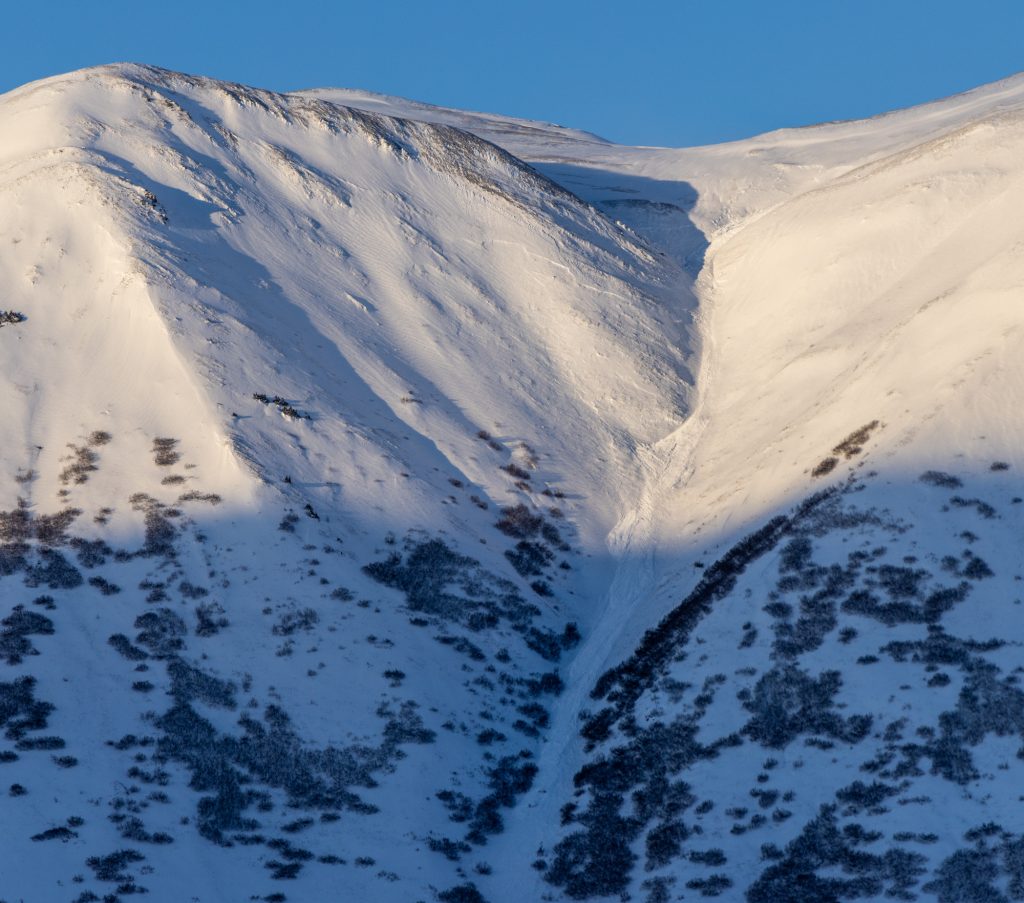 Debris from a fresh avalanche on the south end of the front side of Seattle Ridge. You can see part of the crown on the looker's left side of the path, with debris in the gully almost all the way up to the ridge. Photo: Peter Wadsworth. 12.08.2022 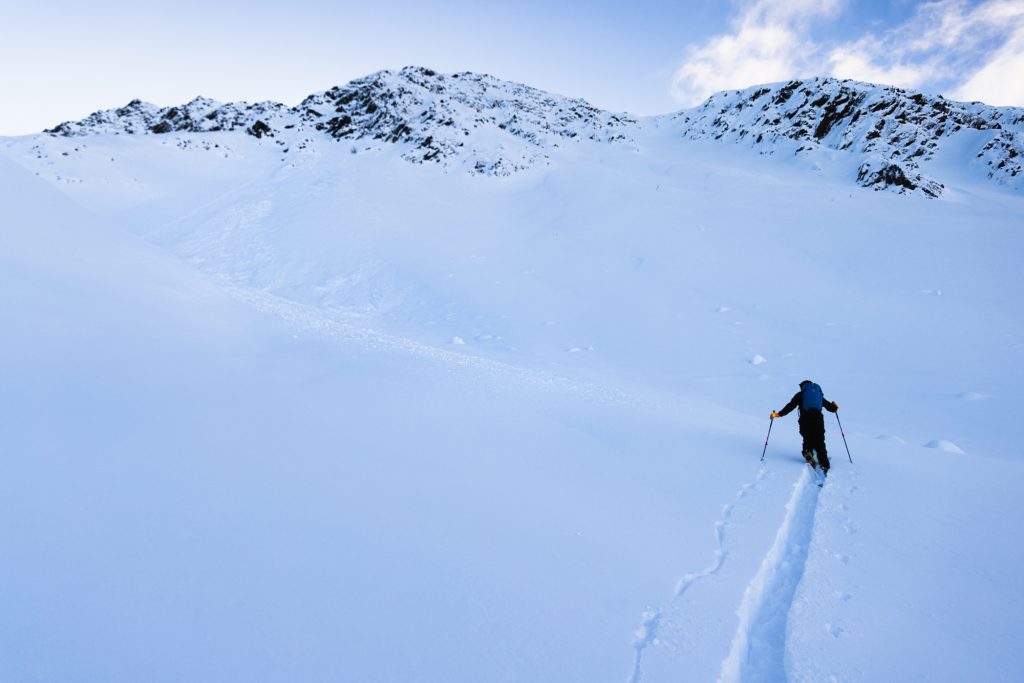 Walking up to the bottom of a debris pile on the north side of Cornbiscuit. There was some fresh snow on top of the debris, so it either released in the middle of the storm or had been blown in by the winds over the past 24 hours. Photo: Peter Wadsworth. 12.08.2022-3708 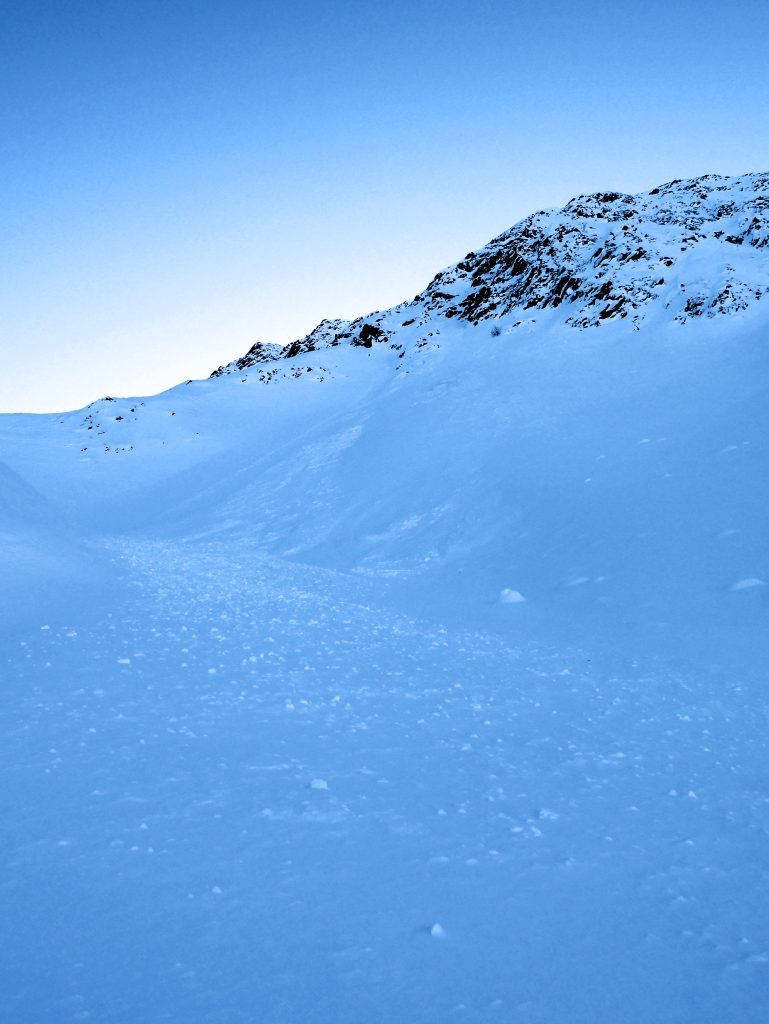 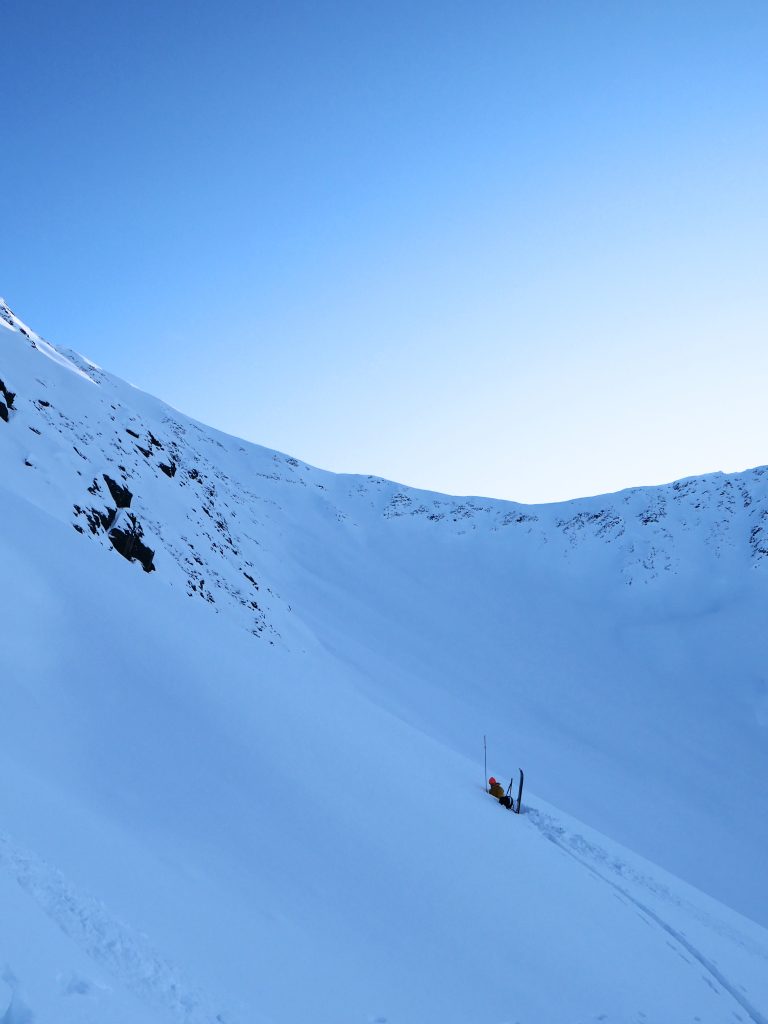 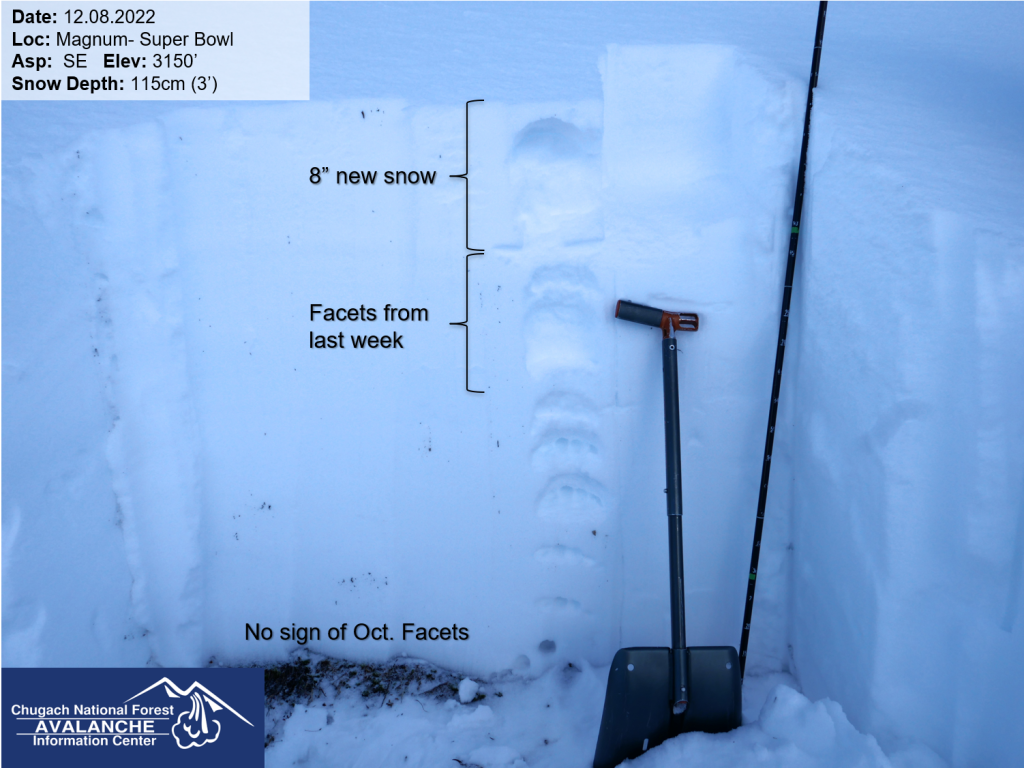 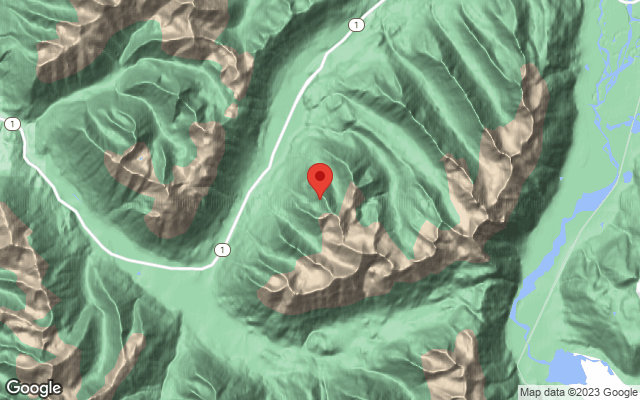