Weather:
Mostly clear with high clouds moving in later in the day. Calm winds on the ridgeline and temperatures in
the mid 20’s F.

Snow Surface Conditions:
Wind affected snow above treeline was found – everything from supportable wind slab to breakable wind
crust and in sheltered zones soft settled powder. This is from the Southerly winds on Christmas Day.

Snowpack Observations:
We dug in three areas from 2,700′ to 3,500′ with VERY variable results. We were targeting the buried
surface hoar that was between 40-90cm below the surface. Only two out of 6 stability tests showed this
layer failing and propagating across the slope and the remaining 4 showing either no result or failure but
no propagation. Details:

This was our first trip up to the Magnum Ridge and it was nice to see the buried surface hoar continuing to show signs of gaining strength. 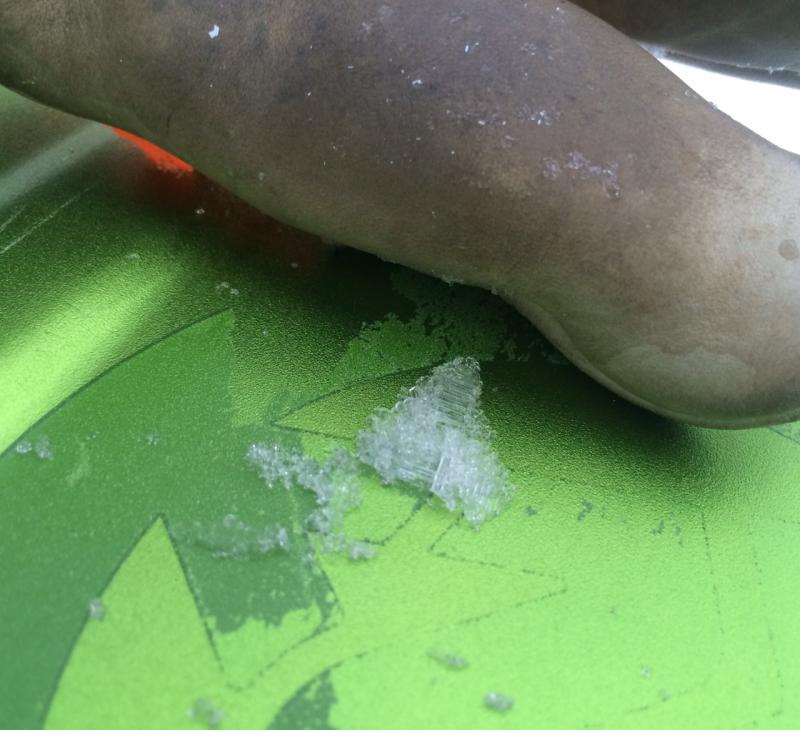 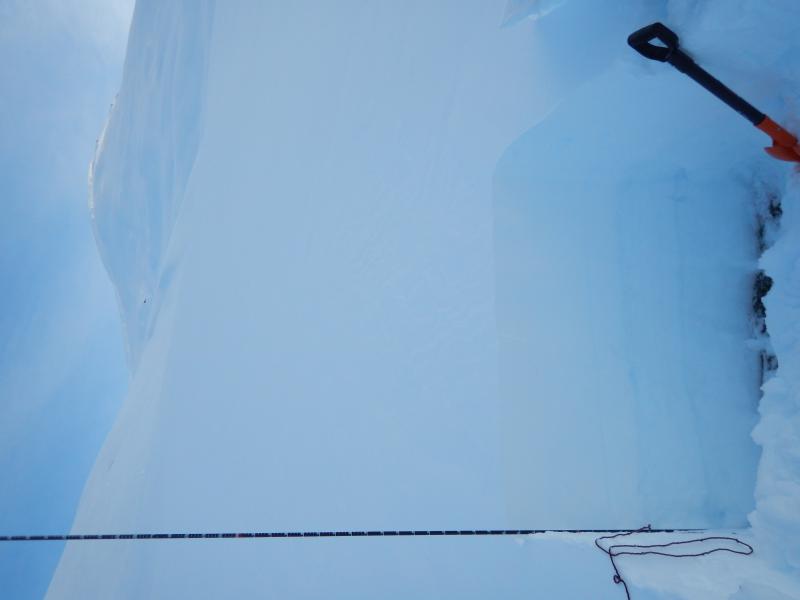 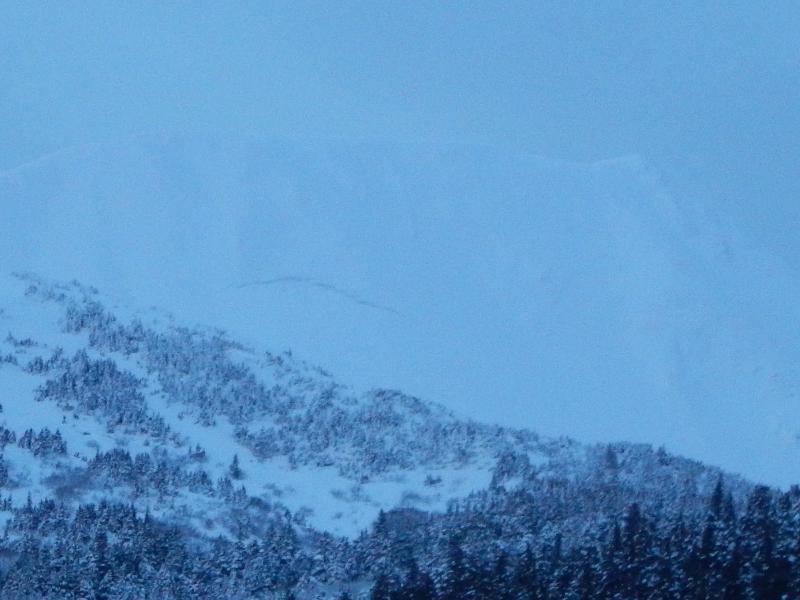 Glide Crack on the East face of Pyramid