Weather:
Nice day. Mostly sunny with patchy valley fog (fog mostly confined to the Girdwood Valley). Temps were in the teens and winds were light and variable.

Signs of instability:
Nothing much to speak of. The sun did warm the 1-2″ of surface snow enough on southerly aspects that on steep slopes small rollerballs were initiated while skiing as well as a couple very small, shallow and slow moving sluffs.

Surface conditions:
In a nutshell – dust on crust. 1-2″ of low density snow from March 5th sits on top of a mostly supportable crust from Feb 27 up to at least 3,500. There is a new batch of good sized 1cm surface hoar sitting on the March 5th snow. This exists from valley bottoms to rigetops and becomes larger with elevation. We looked for the surface hoar formed March 3rd that sat anchored to the underlying Feb 27 crust but had a hard time picking it out.

Note: One older but good sized cornice fall was observed on a Westerly aspect at the upper elevations – occurred sometime during the past week (see photo), most likely during the wet/rainy weather on Feb 26/27 or shorty after when temps were quite warm. 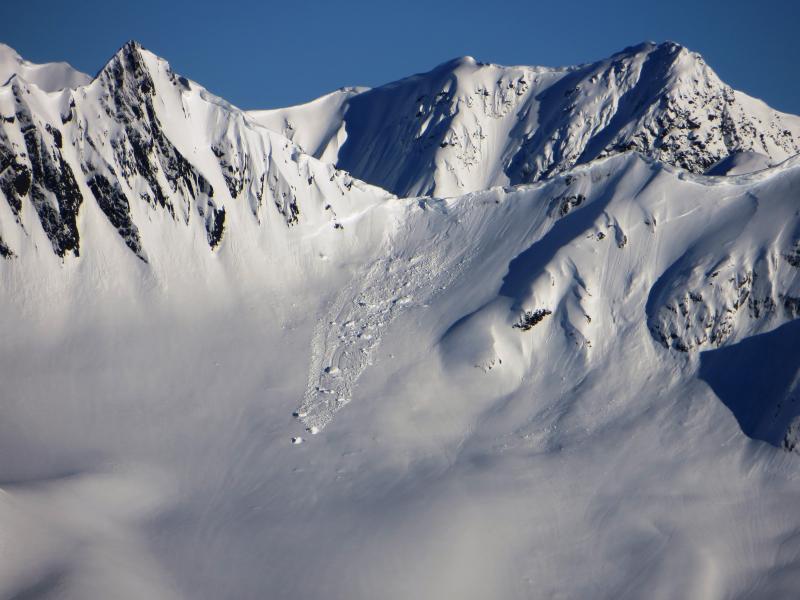 Cornice fall sometime in the past week - West facing around 4,000' 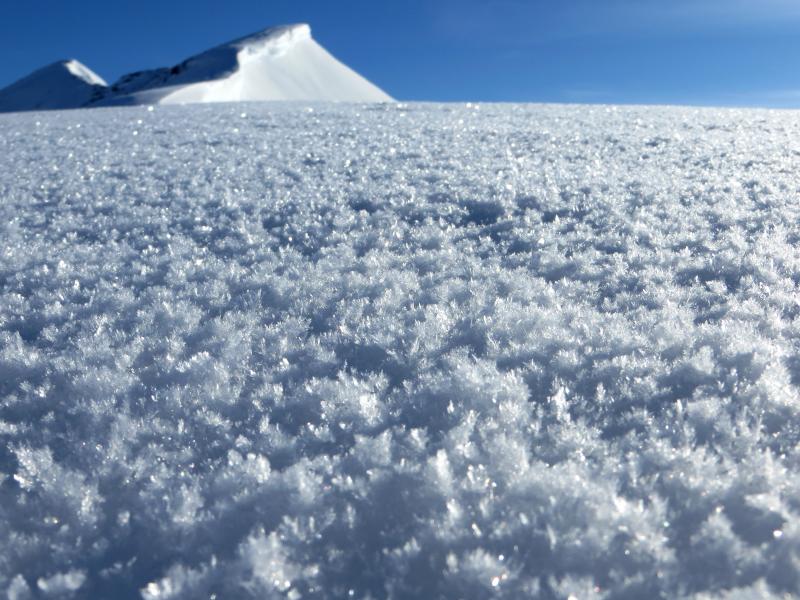 More surface hoar (1cm at upper elevations) to add to the little snow above the stout crust from Feb 26/27. 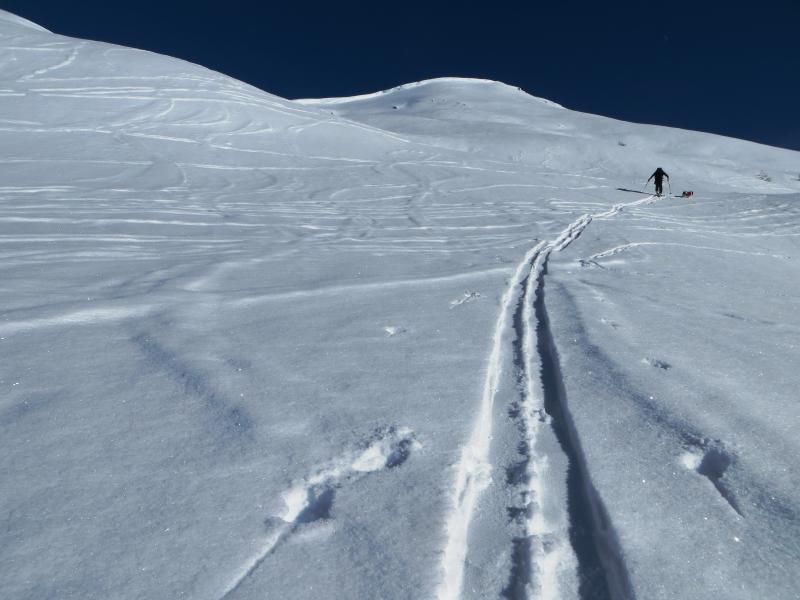 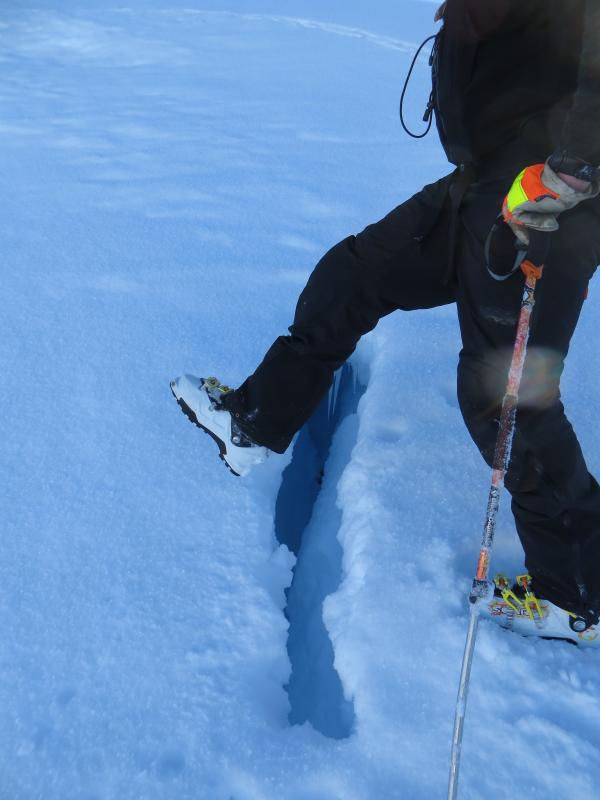 Cornice crevasse on the Magnum Ridgeline. These cracks have been mentioned before from an observer over a month ago - parts of them are still open. 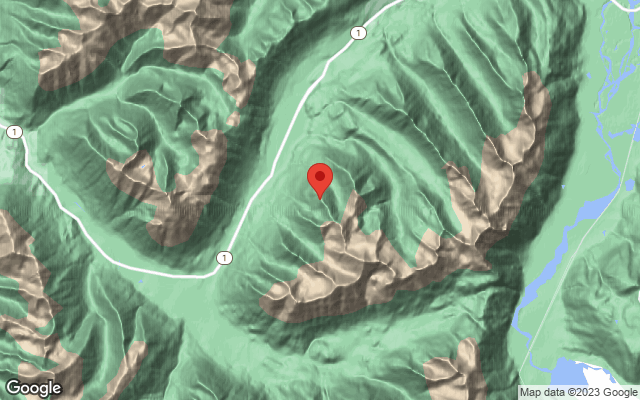