Lots of mid storm slabs from last week, with debris under most of the north Cornbiscuit chutes, and an impressive view of the previously reported Sunburst slide! Partially filled in crowns were evident in the 2500-3500' elevation range, including across the valley on sunny side. Debris ran into PMS bowl as pictured below from a D2 slide on a SW aspect, with a crown extending ~400' just below the corniced ridge; in two places this slide appeared to have stepped down.

Scattered clouds w valley fog most of the day between 1k-2k'
Temps in the teens, calm winds

No snow remains in the trees below the cornbiscuit alders, but clearings in the alders and above alder line featured a stout supportable crust to 2500', and a thin crust up to 3000'. A trace of near surface facets were over the crust at 1500', increasing steadily to 6" @ 2500'. Above 3000', ski penetration ranged from 4-8" in near surface facets

CT 22,25 PC and ECTN 20 down 40cm in a midstorm density change. The Buried Surface Hoar didn't fail in compression tests, but it popped with energy with easy force in a shovel shear test. The slab above and the bed surface below the BSH was one finger hard - see photo below! 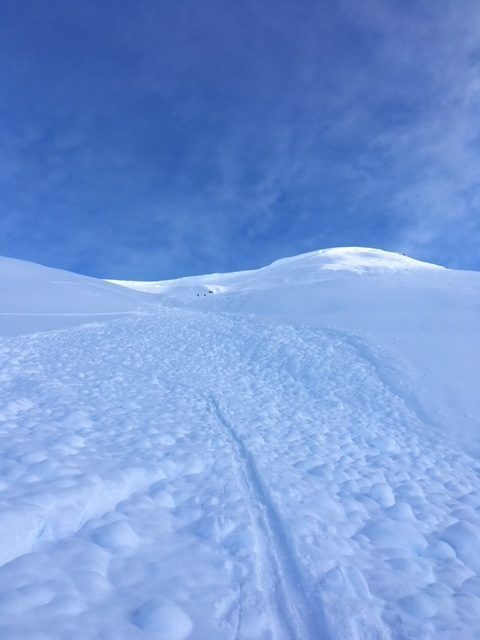 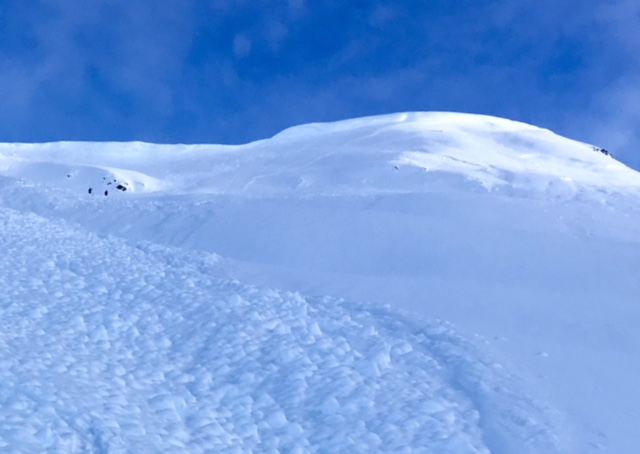 Closeup of crown just below the Magnum ridgeline, with two smaller crowns underneath it 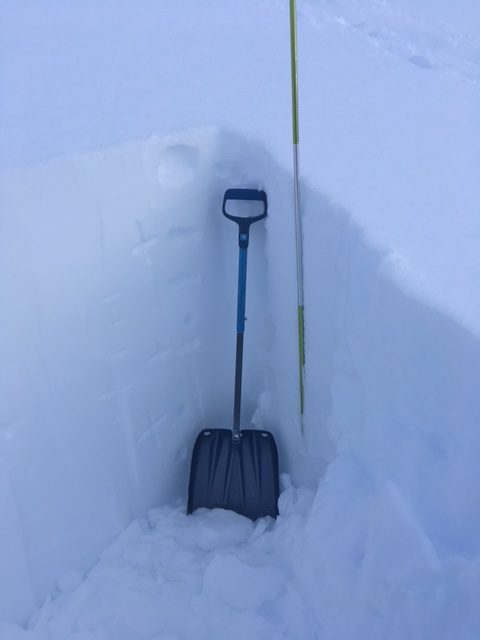 Pit structure as referenced above 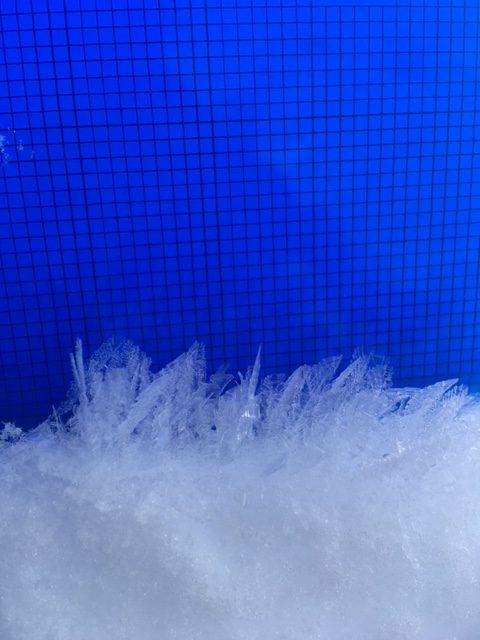 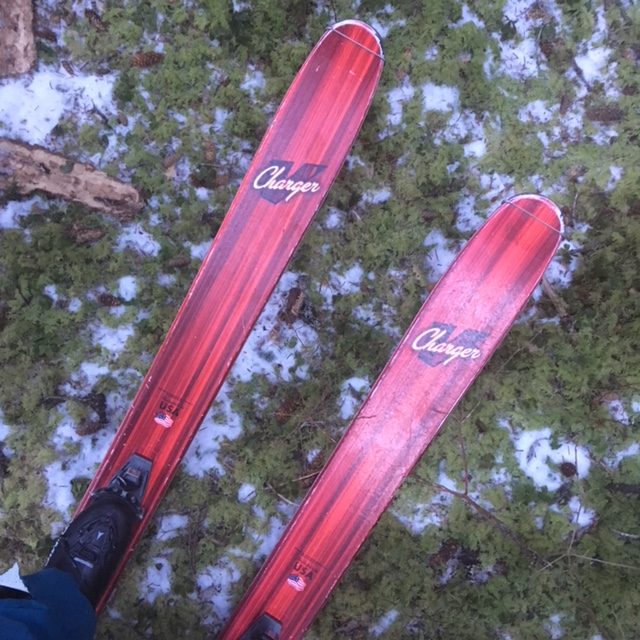 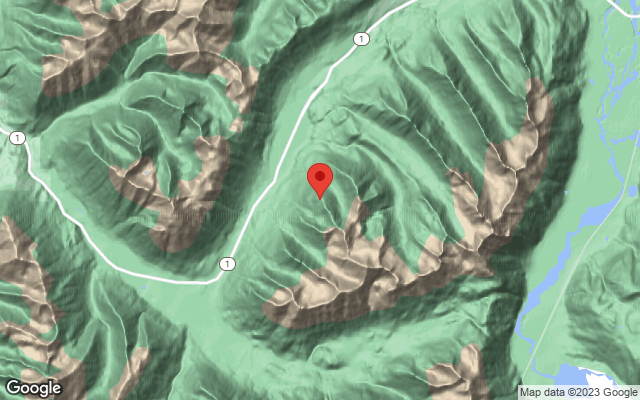