Toured up into Magnum’s PMS Bowl from the Corn Biscuit parking lot. High point was ridge ~3,400′. Our goal was to further assess the bonding between the new snow from Feb 3-5th to the old weak snow surface.

Broken cloud cover and no precipitation. Temperatures were in the 20's F. Winds were light from the East then picked up to the moderate range from the Northeast, transporting snow, in the late afternoon. Plumes were starting to build on the peaks.

Great soft settled powder from the road to the ridgetops. The winds were starting to form a thin wind-crust late in the day. Below 1,500' a stout crust sits 4-8" under the soft snow.

We dug two pits today. The first pit was at 2,500 where a crust exists under the storm snow from last week (around 2 feet below the surface). The second was at 3,100' where there is no crust present under the storm snow. We are continuing to monitor the bonding of the new/old snow interface at both of these elevations. See video below and photos. Bottom line is we found only stable results and good bonding between the new and old snow surface. This is great news so far considering there old snow surface was composed of weak faceting snow and surface hoar. 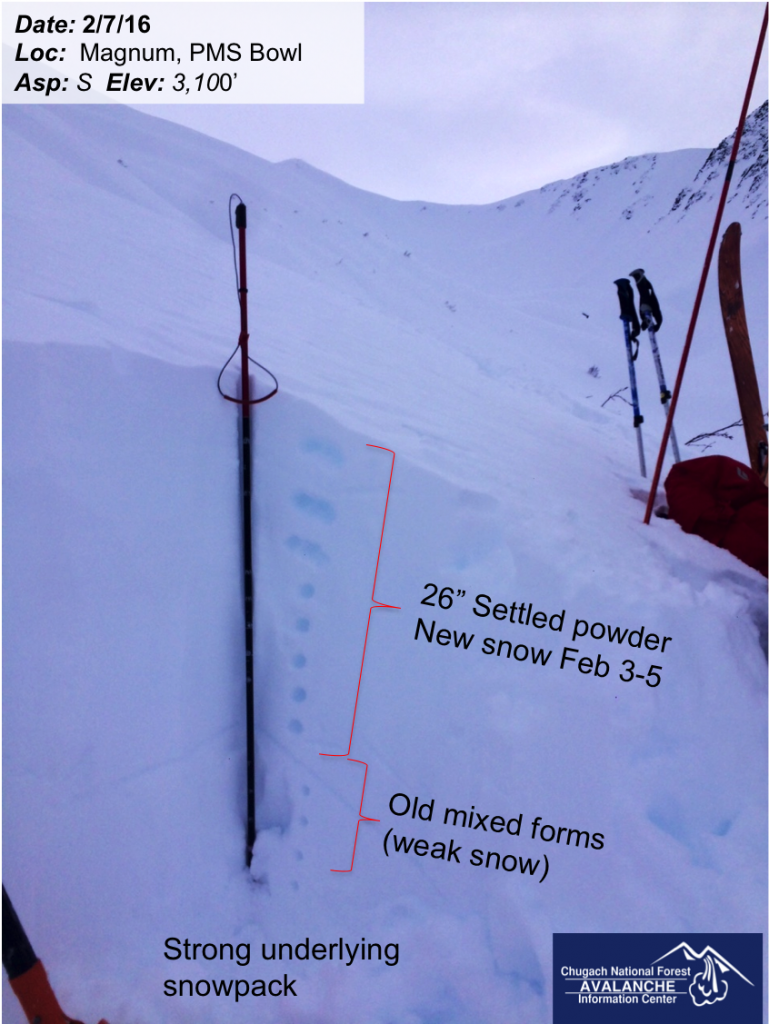 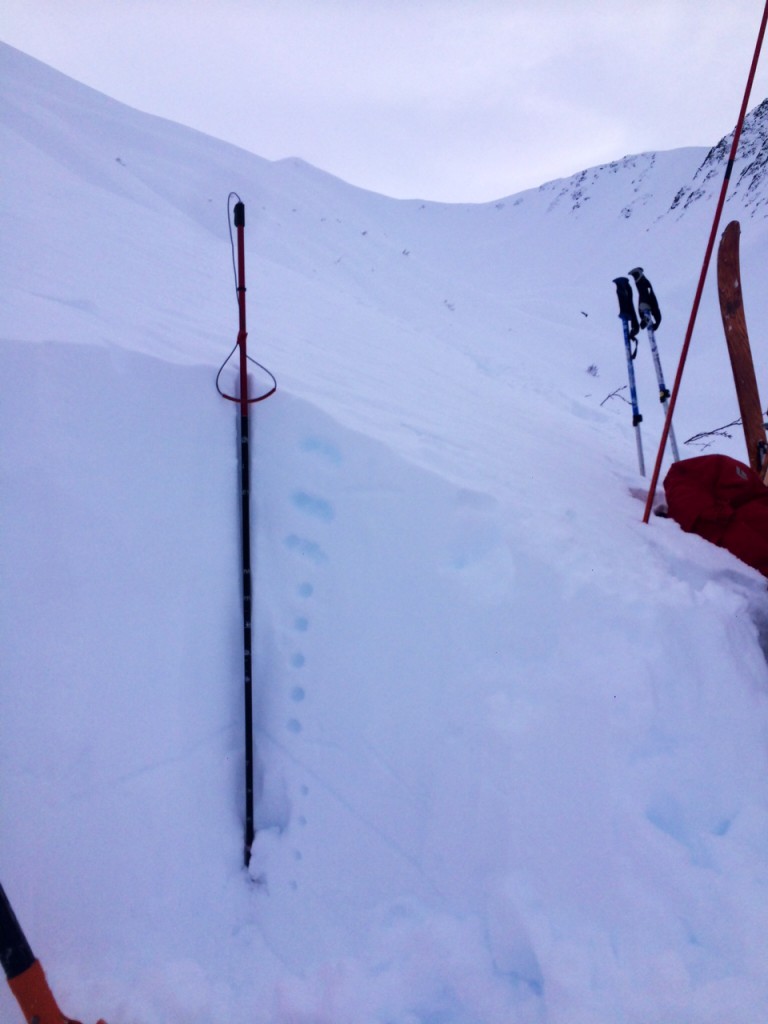 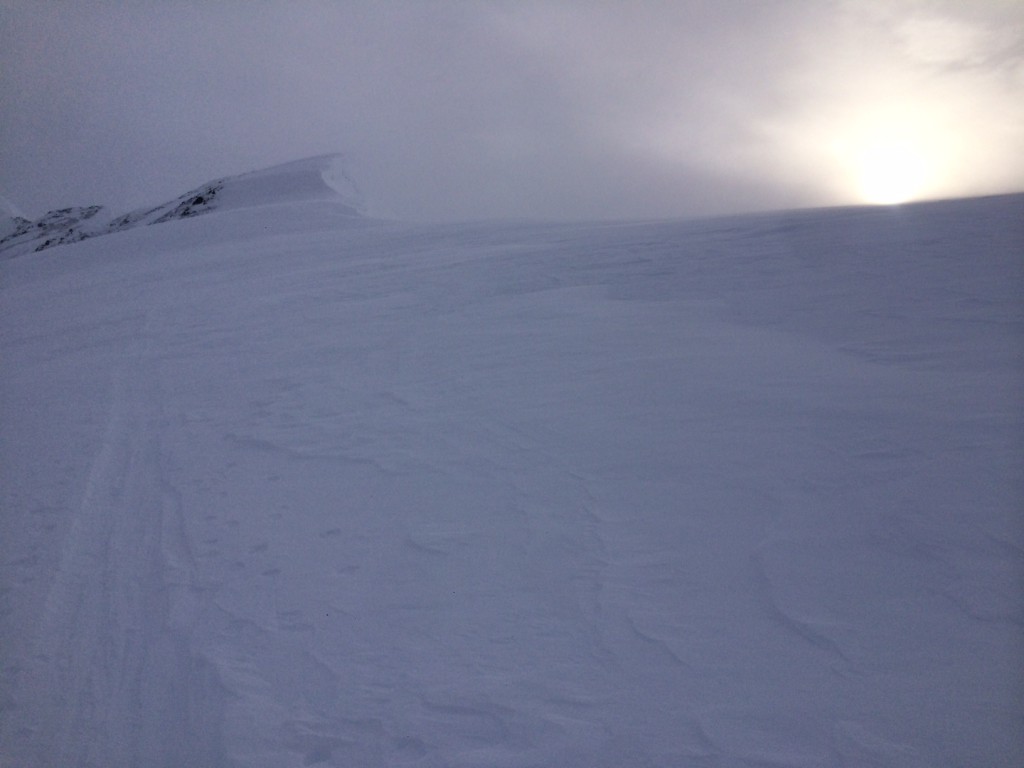 Winds picking up on the ridge late in the day 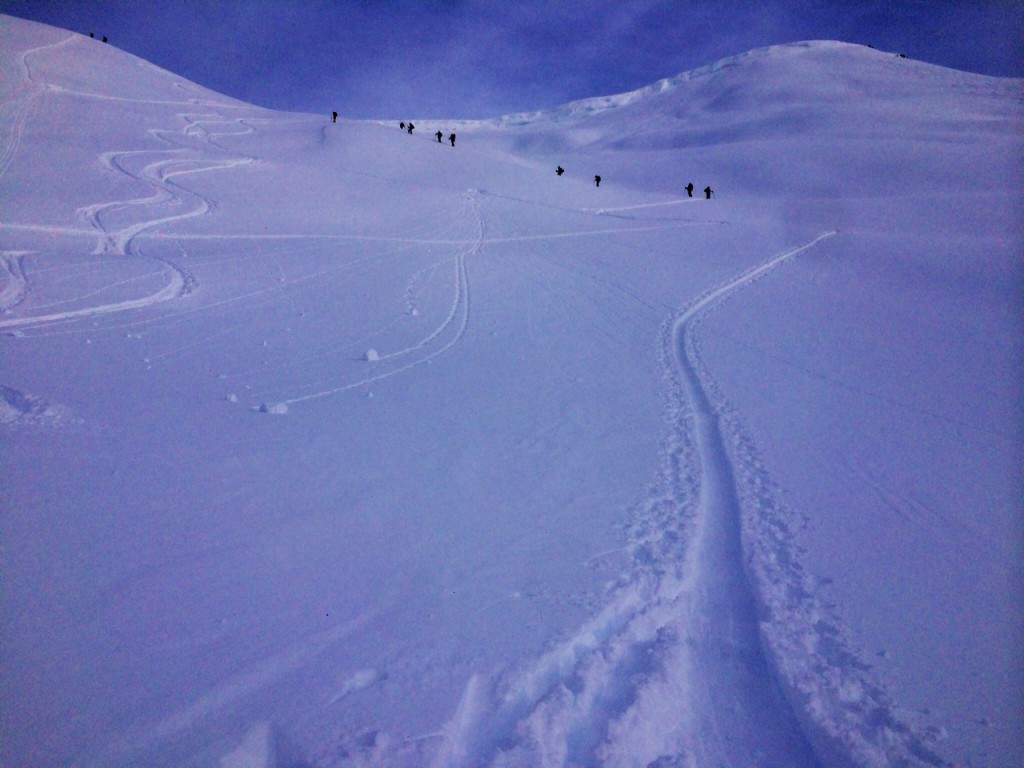 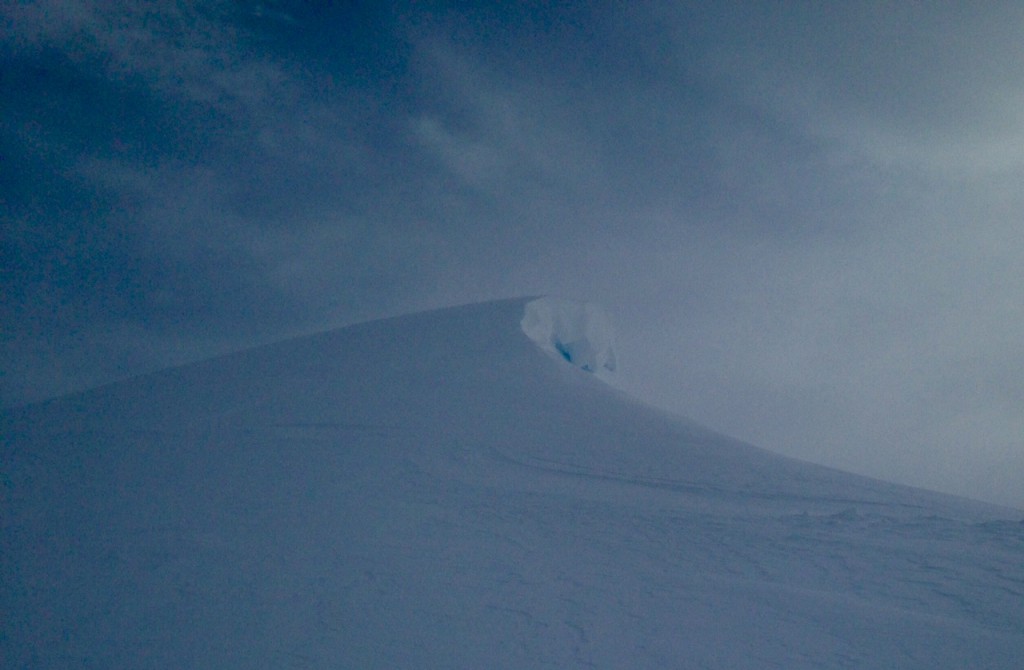 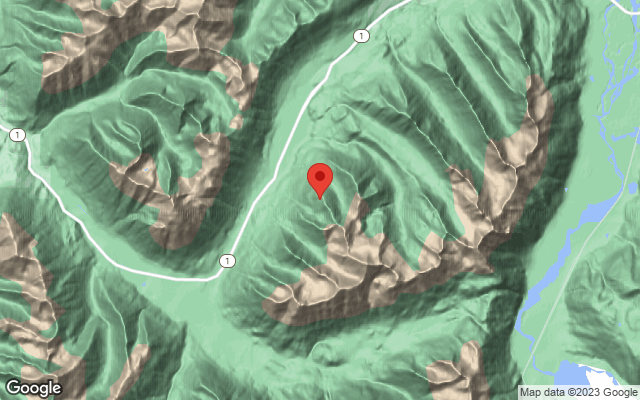