Route: Traveled from 900ft to 3300ft from drainage between Magnum and Corn Biscuit to ridge above
PMS bowl.

Snowpack Observations:
Dug 1 pit at 2500ft
SW aspect
HS=80cm
22°
50cm of increasingly dense snow on a drizzle crust with 2mm facets underneath, on top of another
crust. All of this is sitting on about 20cm of 2mm basal facets.
ECTP21 SC in 2mm basal facets depth = 50cm

Pit 1: see photo
HS=105cm
30°
70cm of increasingly dense snow on the sandwich of crusts with facets in between. Under this are about 30cm of 2mm basal facets.
ECTX
CT 28 SC 2mm facets depth=95cm
The facet and crust combo were attached to the slab.

Test results indicated that it may be difficult to trigger an avalanche, however the potential for propagation across large areas is possible if fracture is initiated. The layer of concern was confined to the basal facets. Also, it may be easier to trigger from mid elevations where the slab is thinner. 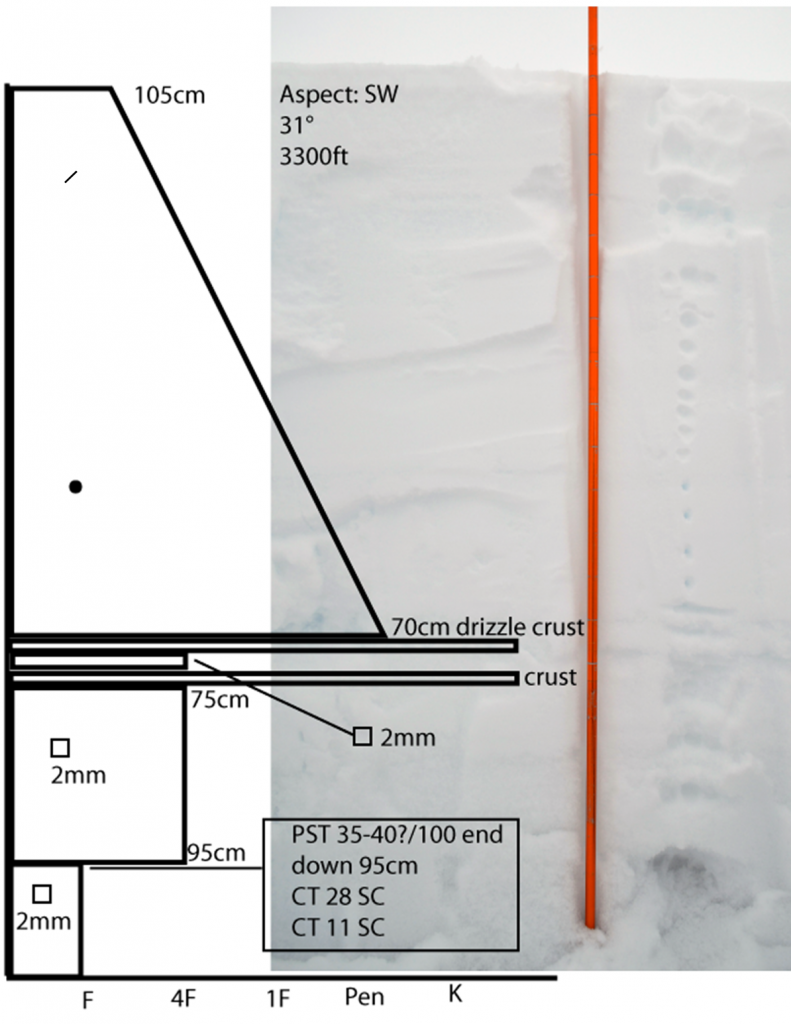 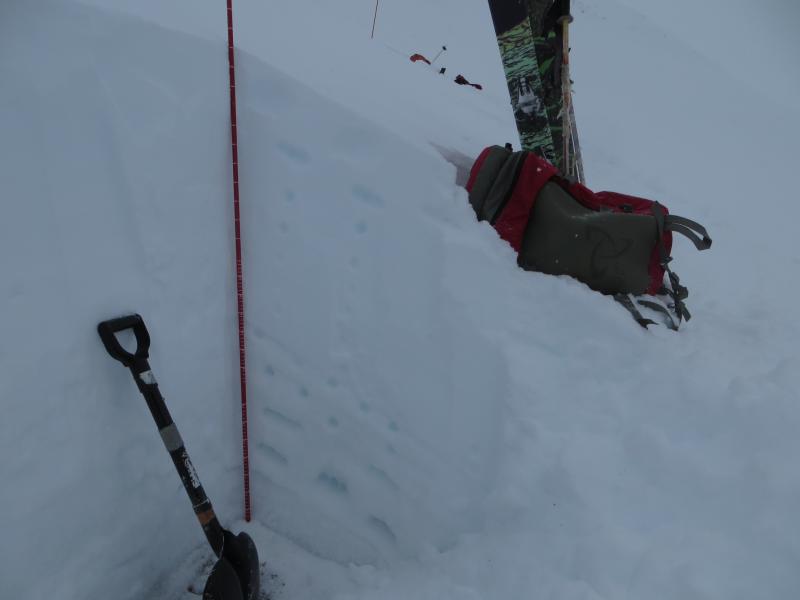 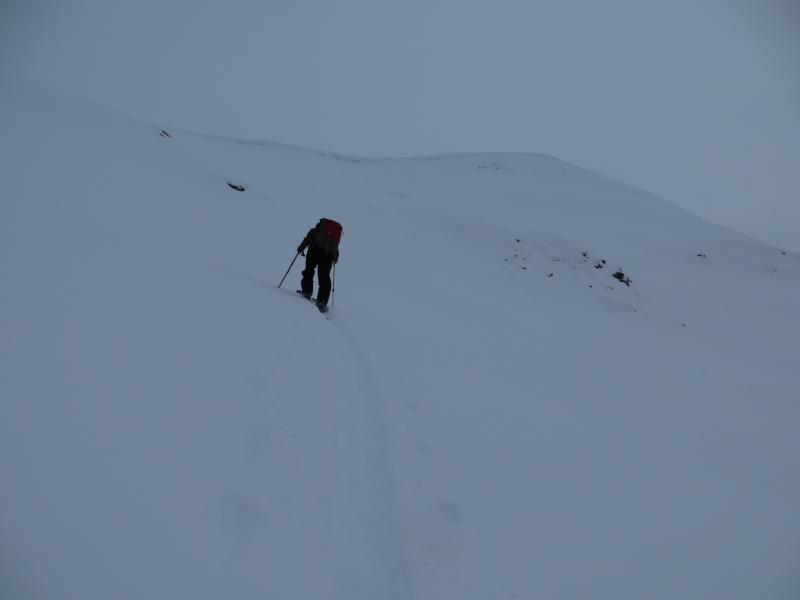 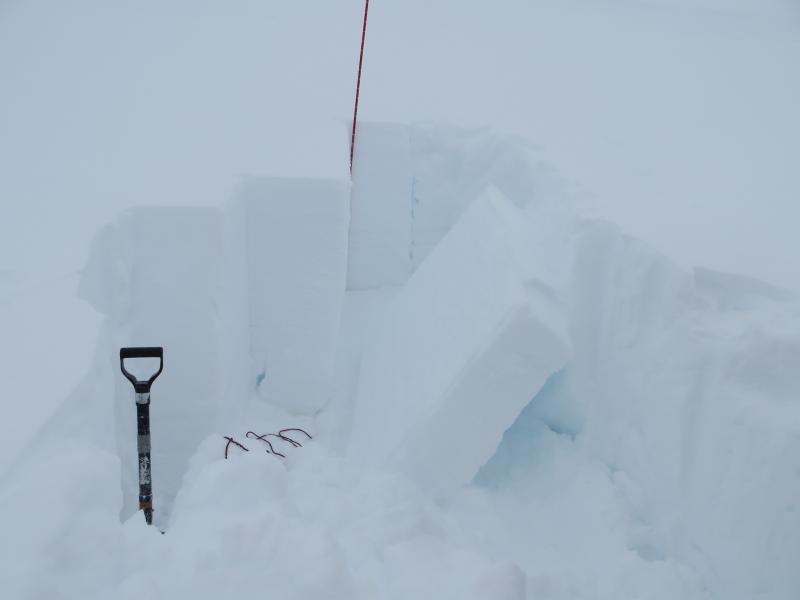 Slab from the PST 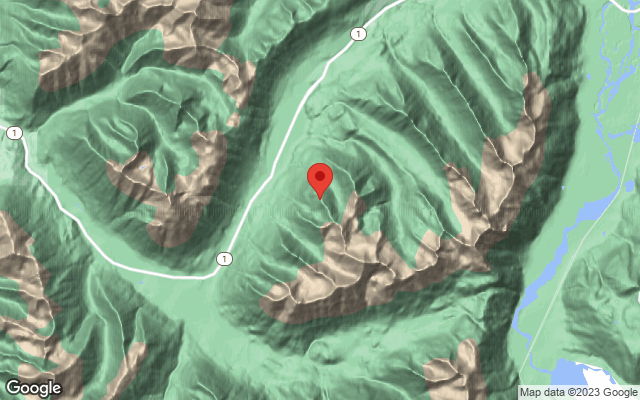