We skinned up the the West facing meadows below Magnum to the NW ridge at 2750′. No obvious signs of instability were observed. Dug in several locations to look at the reactivity of facet on top of the mid January crust in the mid elevation band.

Skies were obscured, but around 2pm a few patches of clear skies appeared
Snowing (1cm/hr)
Upper 20F's
Winds were calm during our tour, but ridge top winds did pick up from the West later in the afternoon. Seattle Wx recorded an average of 18 mph and gust to 44mph at 4pm.

Dug several pits at two elevations just off the NW ridge where there was a more consolidated upside down slab. The ridge route was pretty scoured with 10-30cm of m/f crust and sastrugi. For the most part we were able to stay off the slab while ascending.

Location 2) 2750', NW aspect, 30* slope, Height of snow varied from 130cm to 200cm. All three pits were within 20' of each other. The Jan. 21 buried surface hoar layer (mixed with facets) was found in all three pit locations about 30cm below the surface. Slab densities ranged from 1F to Pencil hard snow. Only one pit location had propagation. Test results: ECTP19, ECTP20 (RP) slab was solid pencil hard and dropped out of pit. Test results in the the other two pits were ECTX, ECTN16, ECTN19, ECTN21 - slab was brittle and broke under shovel. The mid January crust was about 50cm below the surface and there were no notable test results on this layer. 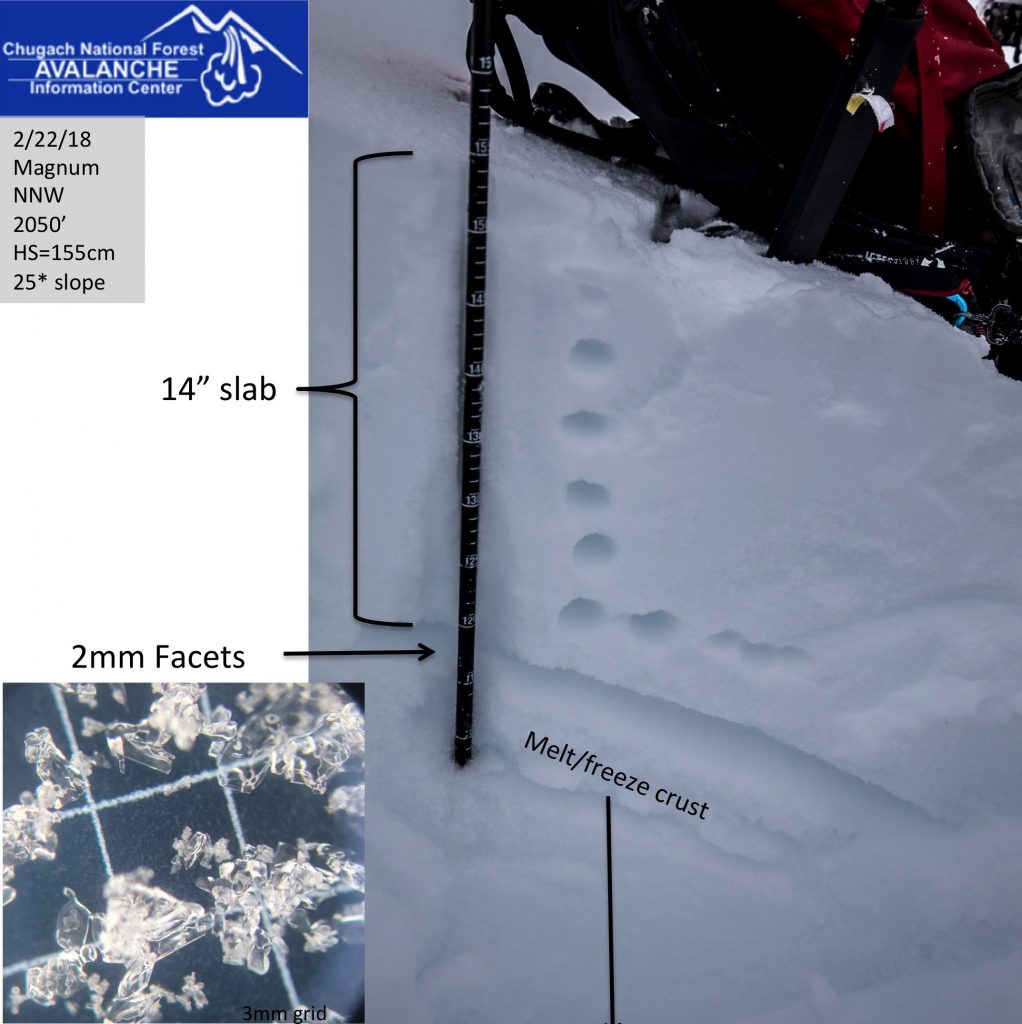 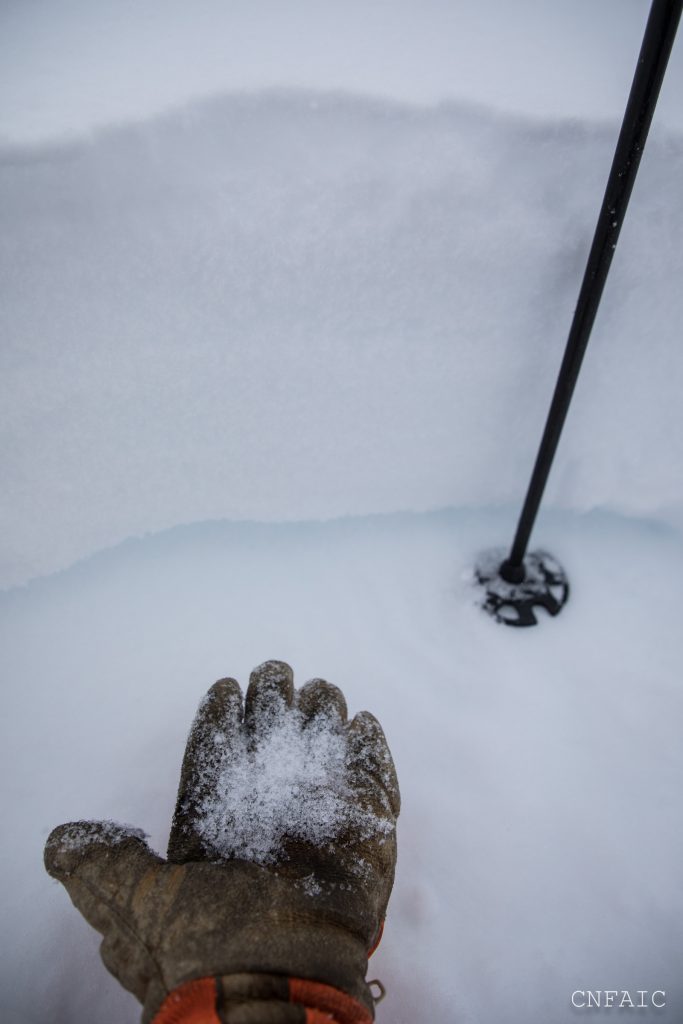 This hand pit was at 1700' on W aspect of Magnum - this was the area were started feeling the upside down slab with weak snow below. 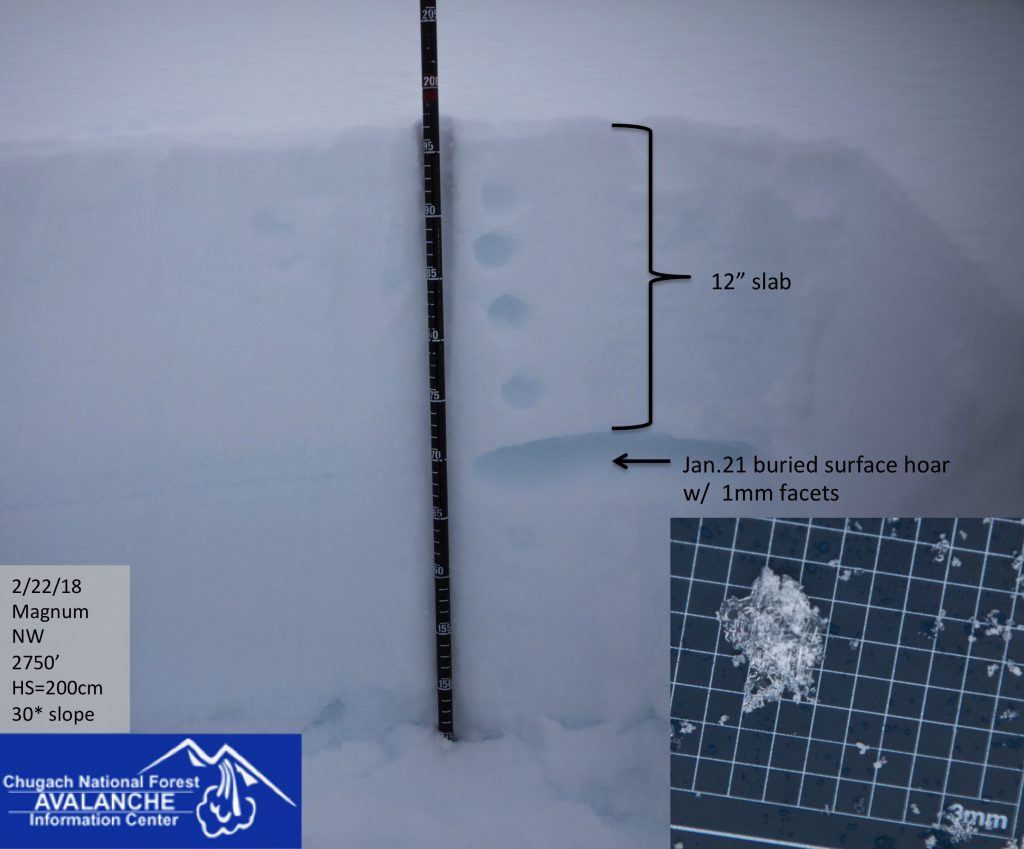 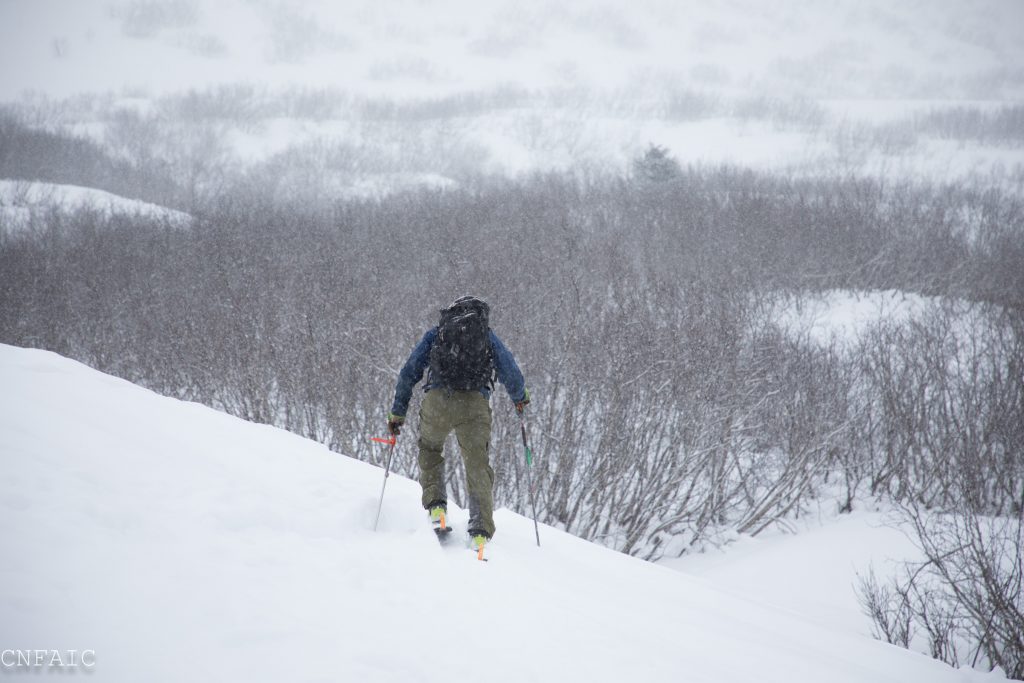 Alders aren't too bad to navigate in lower meadows of Magnum 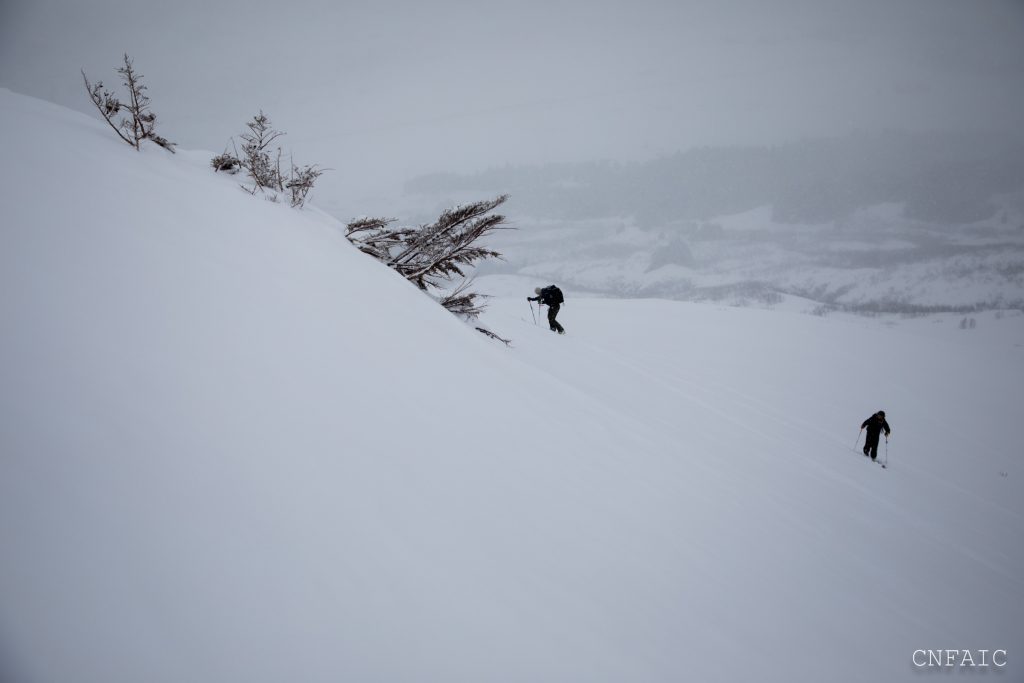 Stayed along the NW ridge where snow pack was thin and scoured almost to ground to avoid being on a slab. 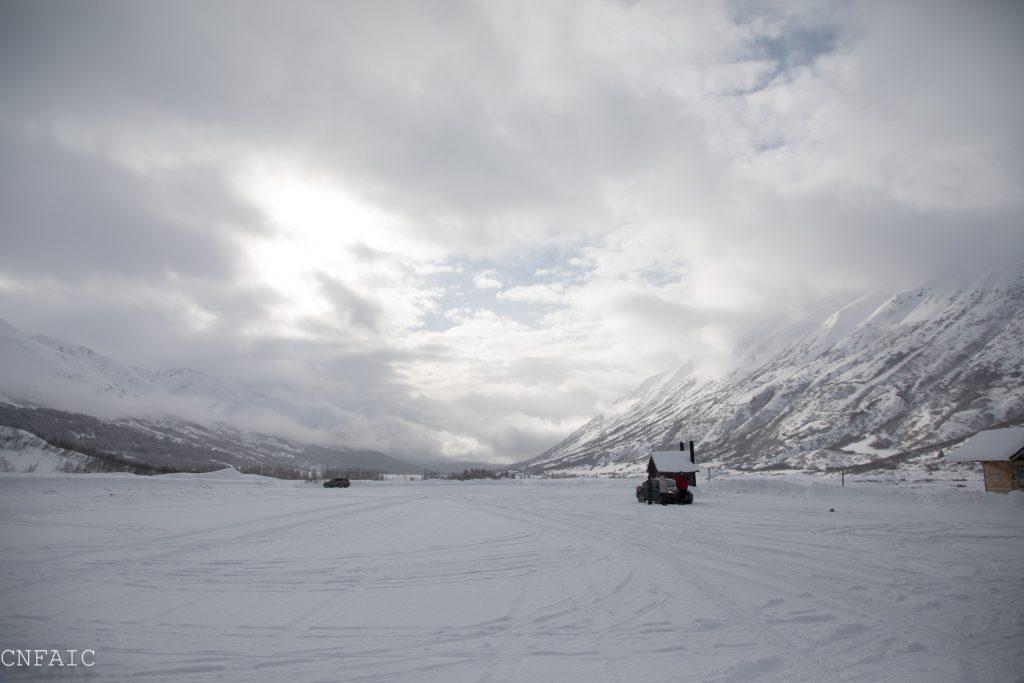 Skies were clearing by 2pm, but it was still lightly snowing 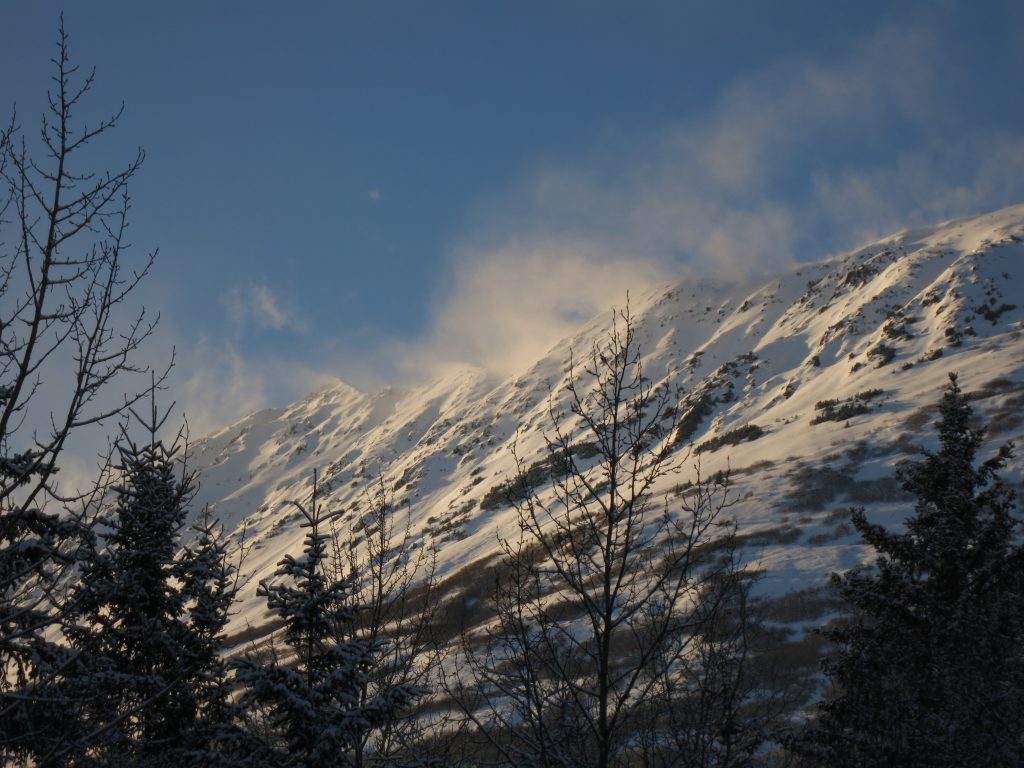 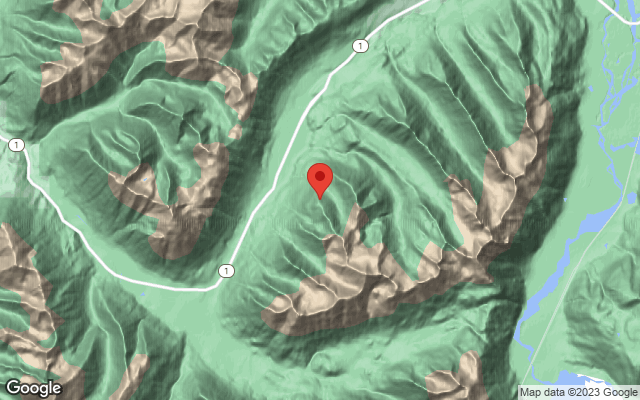