Party of five experience skiers (all with 40+ years) skied off the Sunburst cornice then traversed over and climbed Magnum to the top of the west palisades. Skied the upper steep wall successfully (pretty good size sluffing) and then traversed along the top of the lower steep face northward. Some discussion of the snowpack was occurring when one of the party decided to descend without warning. The slope broke almost immediately and propagated south as far as we could see. We were all able to visually track the skier as he slid on the trailing edge of the avalanche over the bed surface. Was carried approximately 600 ft vertically. Skier had an airbag but made a conscious decision not to inflate, he reasoned it might make him slide faster and be carried into the main part of the slide. No injury other than a sore shoulder and elevated adrenaline level. After observing him wave OK to the rest of the party, they traveled further northward to where the slope angle lessened and all descended safely. Previous observation was accurate in size, approx 1000′ wide, 1200′ vertical run. Did not measure the crown but the group later estimated it to be 18-24″ at the point where the skier entered. 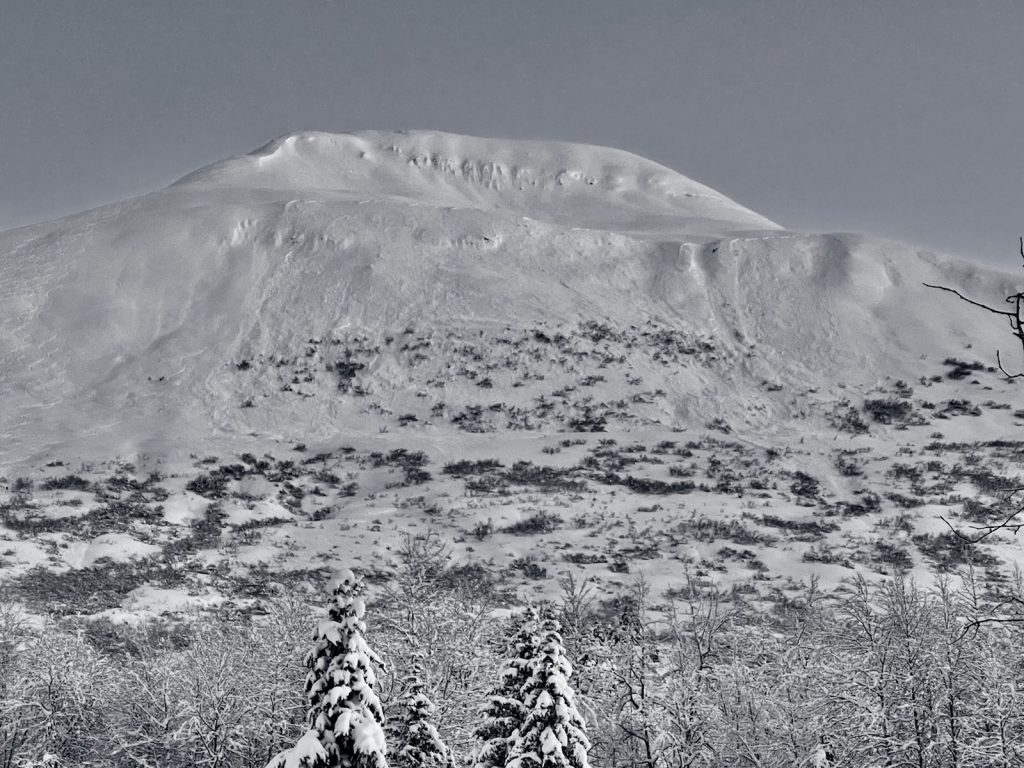 Image from another group in the parking lot. 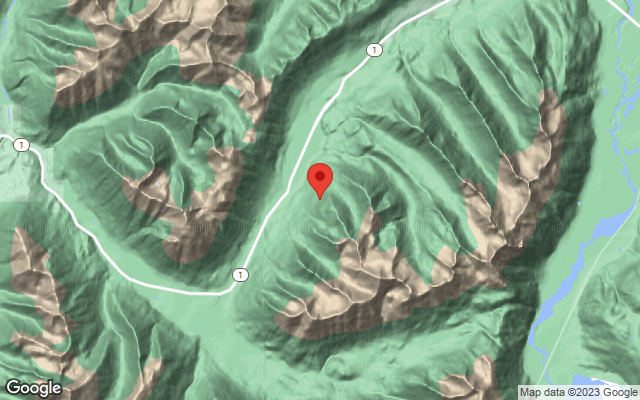