Amazing day at Turnagain Pass in the sunshine (and shadows), despite the cold.
Great to see so many folks getting after it!

Skied two runs on Magnum S & SW facing back towards Superbowl. One run was
especially steep and through rockier terrain. Other folks were skiing similar
steep and rocky terrain in the same area, as well as further back towards
Superbowl – through even steeper, rockier, and more exposed terrain. There was
significant sluffing, but no sign of deeper instability noted.

After the first run down Magnum I broke a trail, SW facing, directly back up to
the first prominent peak along the Magnum ridge. Breaking trail was somewhat
difficult here, especially in the steepest sections, as there seemed to be
several inches of fresher, fluffier snow (only slightly wind affected) on top of
what seemed to be a fully supportable wind slab. The fresher snow on top of
this supportable and hard slab was responsible for the significant sluffing all
over the steeper SW-SE facing lines on Magnum. It also made for somewhat
difficult trail breaking up steep sections as the fluffier snow readily slid off
the harder slab underneath and it was then hard to get an edge in the super firm
snow that remained.

In the vicinity of skiers’ turns through the steeper and rockier sections, all
this lighter snow was sluffing away down to the harder slab underlying it. This
resulted in making steep lines down through an area previously skied far less
appealing.

After two runs on Magnum we headed up Cornbiscuit to ski the North facing
chutes. We skied two more runs on Cornbiscuit down the first two prominent
chutes, both of which had already been skied by a couple others by the time we
got there. There was some sluffing here, but not nearly as much as noted on
south facing lines throughout the Pass, even when I skied through the steepest
sections of the chutes that until recently seemed to have received enough snow
to cover rocky sections noted earlier in the season (still hit a few rocks
here). The north facing snow was a bit grabbier and seemed to lack as hard and
supportable of a slab underneath it as the southerly face of Magnum did. 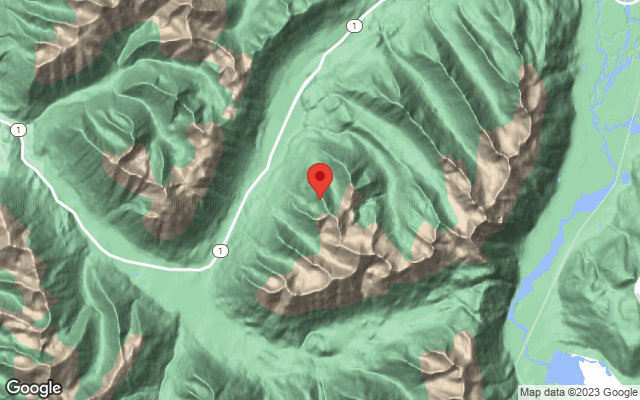