Toured up the NW ridge of Magnum and into the drainage between Magnum and Cornbiscuit.

Viewed from across valley in Magnum's PMS bowl: shallow small wind slab triggered by skier on the lower North facing steeper slopes of Cornbiscuit - see photo below. Slab looked to have been 6-10" thick, maybe thinner, and though skier was in the middle of the slab when it released, it ran around skier and no one caught. Bed surface looked to be an icy surface typical of wind blown areas. From a distance this looked like a fresh shallow wind slab on slick ice on steep terrain.

Obscured skies with light snow. Around 1cm of accumulation by 3pm. Ridgetop winds were light to moderate from the South. Temps cold, single digits on ridgelines and teens in the trees.

Winds have done a fair amount of damage to the recent snowfall. There are still pockets of soft settled powder in sheltered areas but much of the Magnum Ridge and West face were a mix of sastrugi, breakable wind crust and scoured areas.

The Nov 16 Buried Surface Hoar (BSH) still sits in areas that have not avalanched. We found one of these spots today and got an ECTP 17 on this layer that was ~15" deep. This is a moderate result and shows that the layer is becoming more stubborn but is still very much there and reacting.

Also, of note was a new layer of BSH (2-4mm) under the 6" of new snow from last week. This layer failed on ECTN 11 but did not propagate. 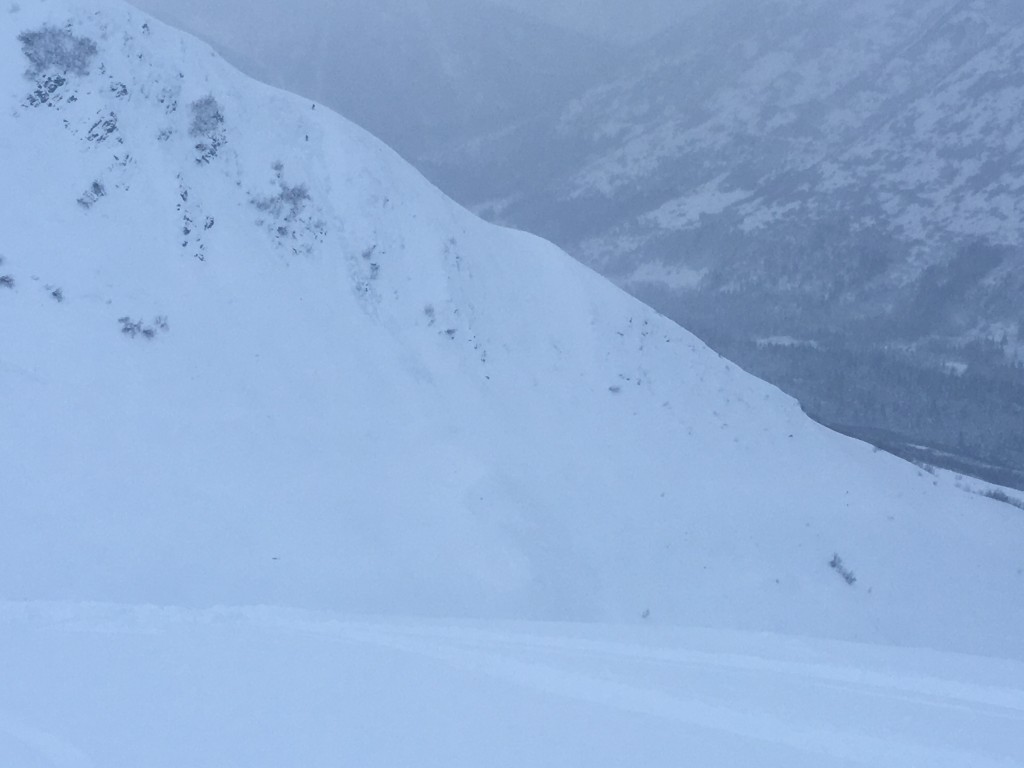 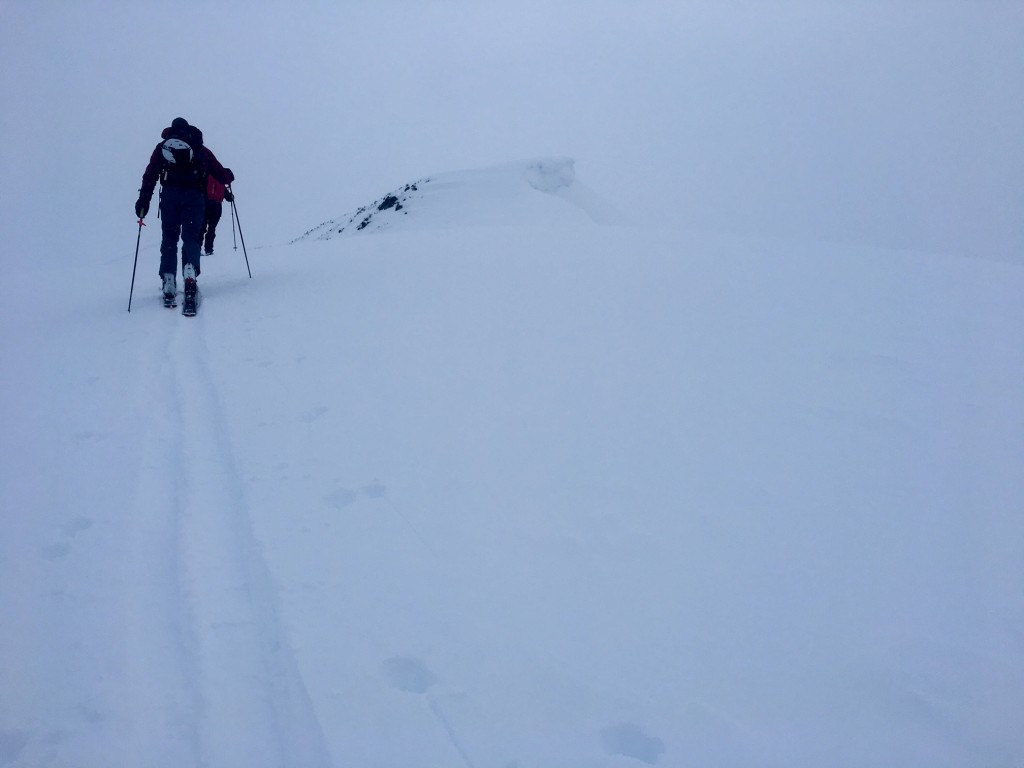 Wind effect and low viz conditions on the Magnum Ridge 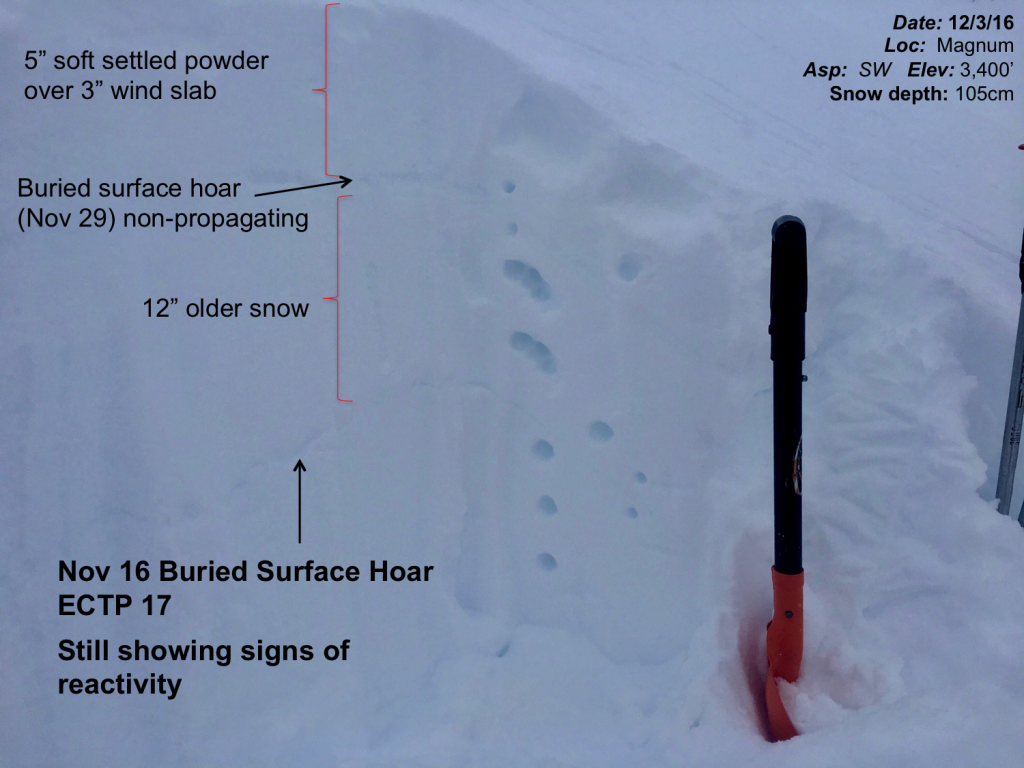