No stability issues in PMS bowl and bowl from first high point facing more towards Superbowl Pass. Seems further south on the pass less touchy than north? No evidence of the pockety, natural storm/wind slabs on Magnum as on Tincan and Sunburst.

Magnum doesn’t seem to have had much activity since the meltdown. Tons of debris in the valley floor and a good amount of litter on slopes (but easy to avoid).

Cornice also seems to have separated significantly from ridge during the meltdown, as evidenced by large cornice crevasses (see photos) which were thinly veiled today by a thin wind crust. Generally the crevasses were ~10-20′ away from ridge crest, and the cornice along the lower Magnum ridge to the first high point is huge (~10-15′).

I’d imagine the crevasse might actually be connected, for the most part, and run the length of the ridge between where the cornice starts and the first high point – but we only broke the thin, wind crust veil off it in a a few places. The crevasses are quite DEEP. 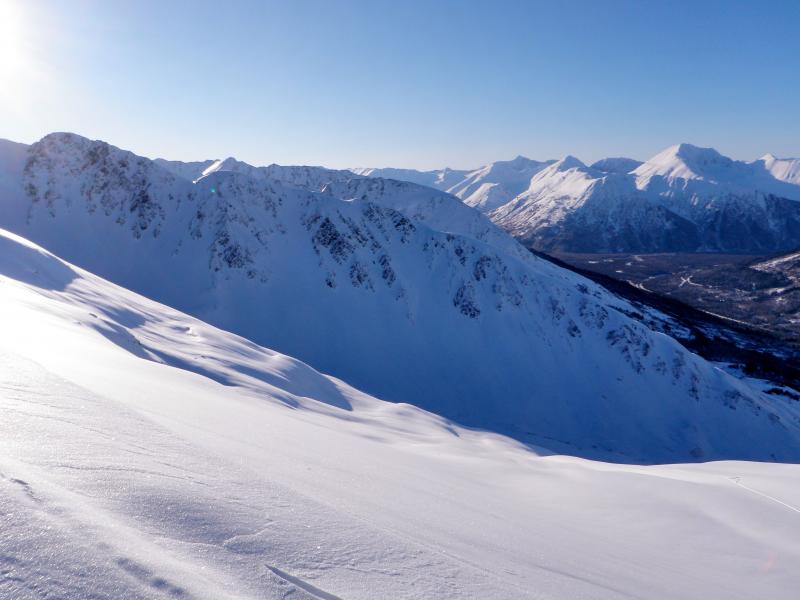 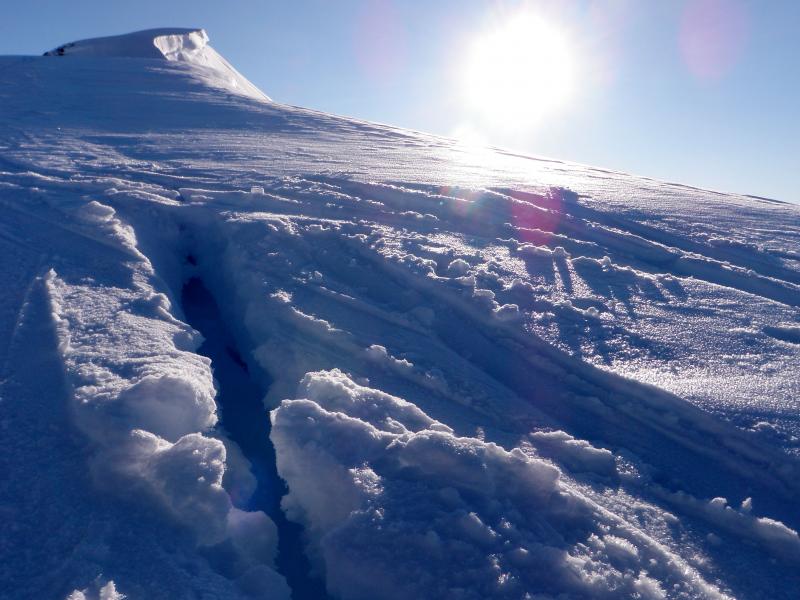 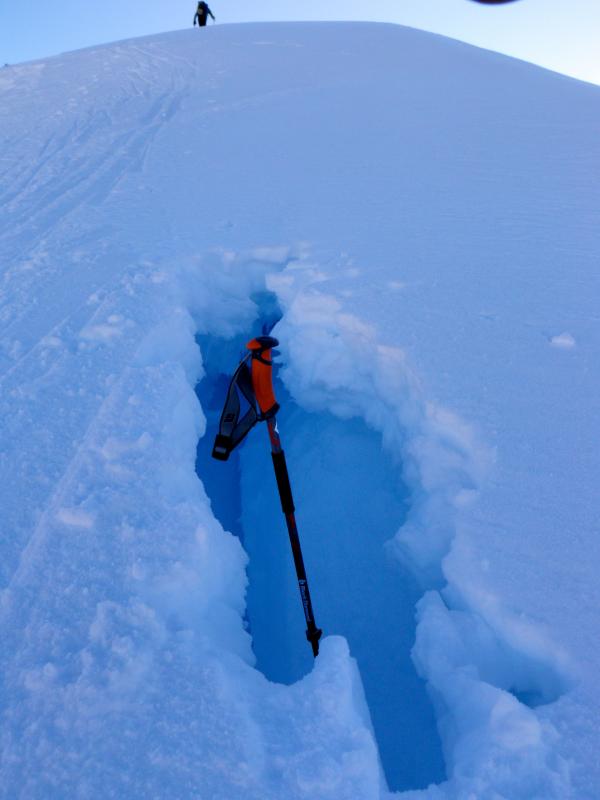 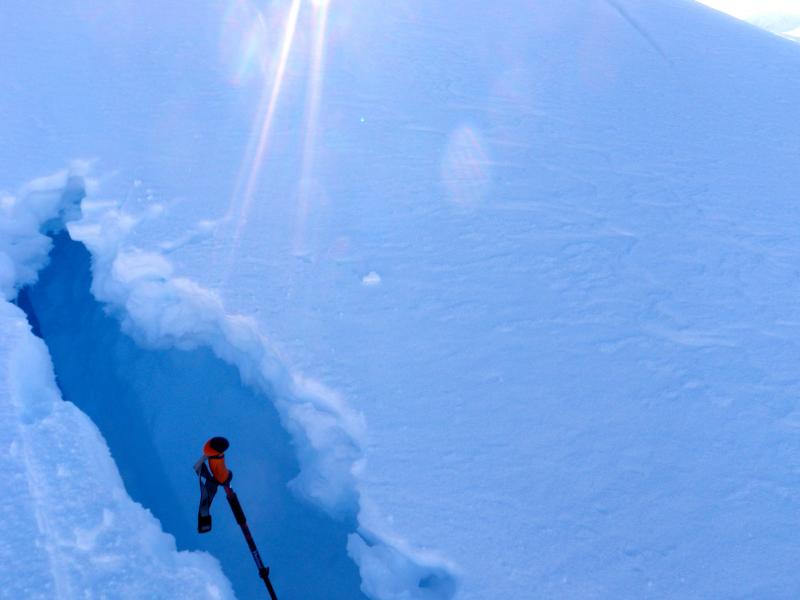 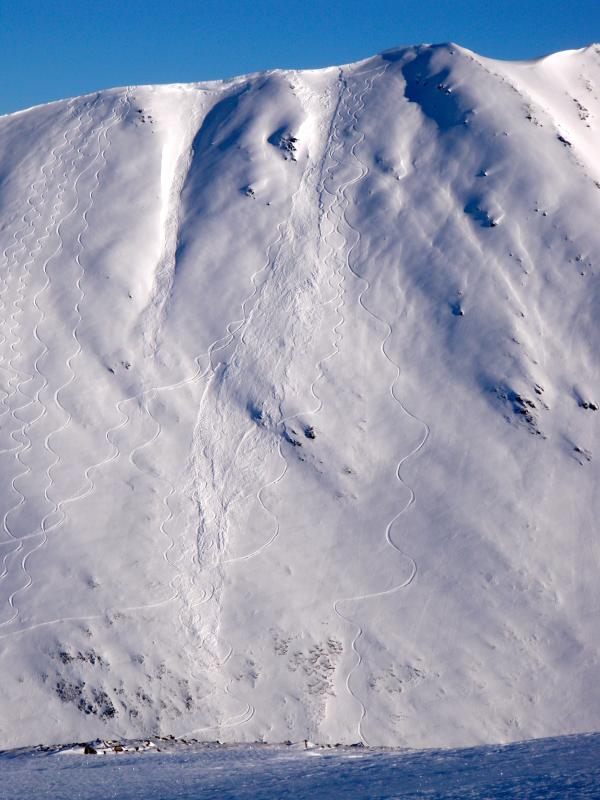 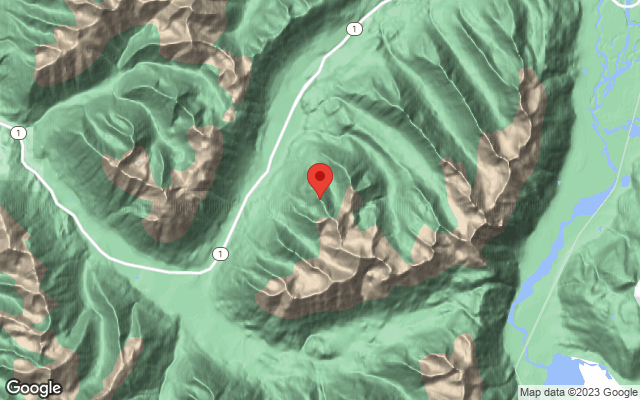