Toured up to about 2000′ to check out the snowpack on Magnum. We found total snow depths and depth to the weak layer of buried facets to be shallower than the north end of the pass. The overall poor structure was the same as what we have been seeing just about everywhere else, but stability tests were not very remarkable.

We took a few detours in the morning. We first finished setting up the beacon checker just out of the Tincan parking lot, then we also swung by the Johnson Pass trailhead to check on the massive pillows of snow building on the roofs of the sign board and the outhouse. Just a little word of caution- those roofs are stacked right now, and if that snow sheds off the roof it could do some damage. Heads up on your way in and out of the outhouse.

Light snow with increasing cloud cover through the day. Winds were calm, and temperatures were much warmer than they have been recently. 25F at the parking lot was feeling tropical!

We dug on a west aspect at about 2000' below PMS bowl. We found a 90cm thick slab on top of about 8" weak facets, which were sitting on top of the Halloween crust. Total snow depth was 186 cm at 2000'. ECTX, PST 41/100 end on the middle of the facet layer (this would be the veteran's day interface, which runs more or less right through the middle of the thick layer of facets.

We also probed around at 1300', finding a total depth of 120 cm and the weak layer buried 70 cm deep. It was very noticeable feeling the probe drop through that layer of facets.

Overall impression was fair to poor stability. The structure is still giving me the creeps, and although it is becoming more difficult to trigger something, it would be really big if it went. That faceted layer just feels like sugar in the pit wall. 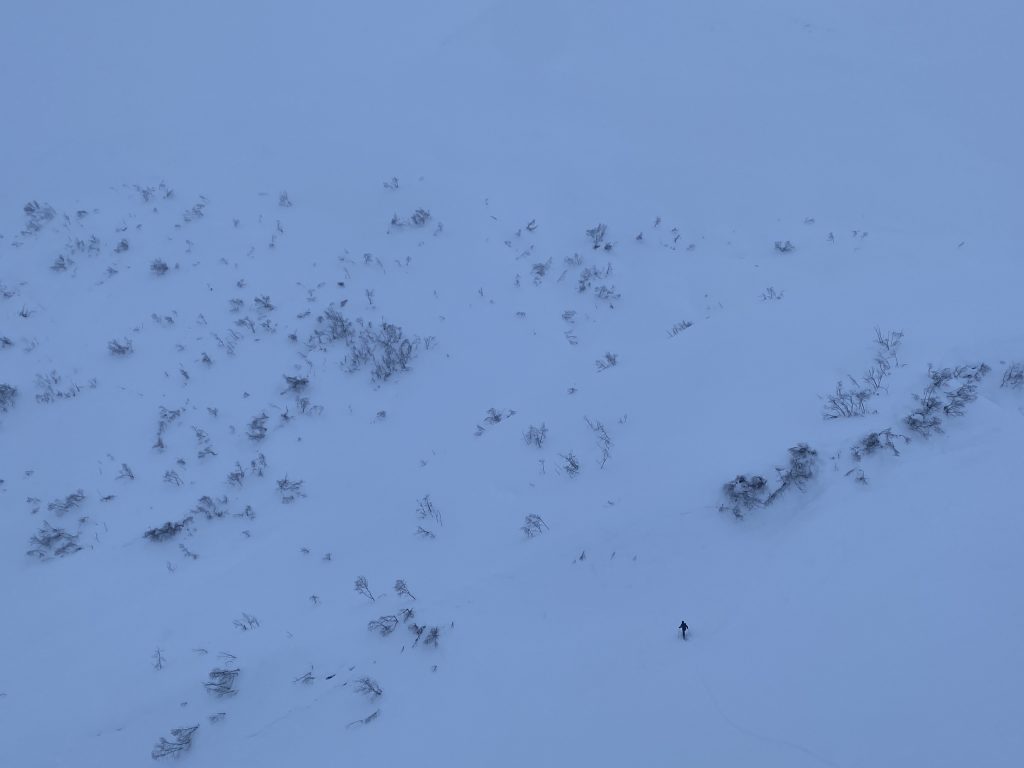 Crossing the gully between Magnum and Cornbiscuit. Still seeing some alders poking through, but coverage is getting there! Photo: Eeva Latosuo. 12.16.2021 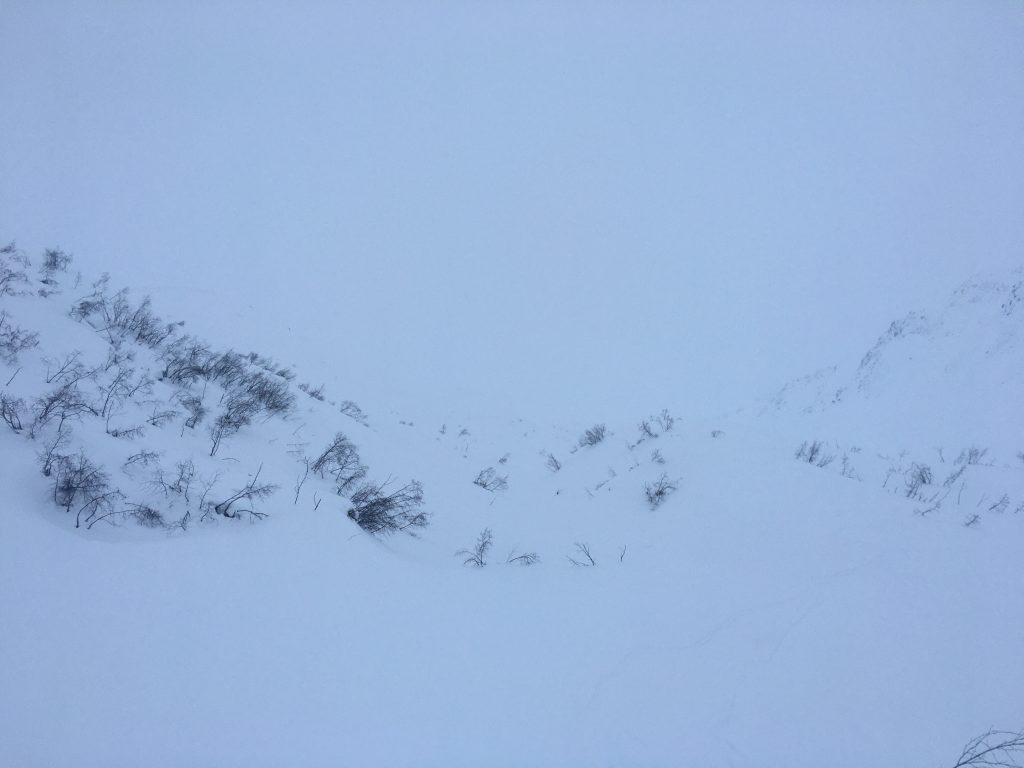 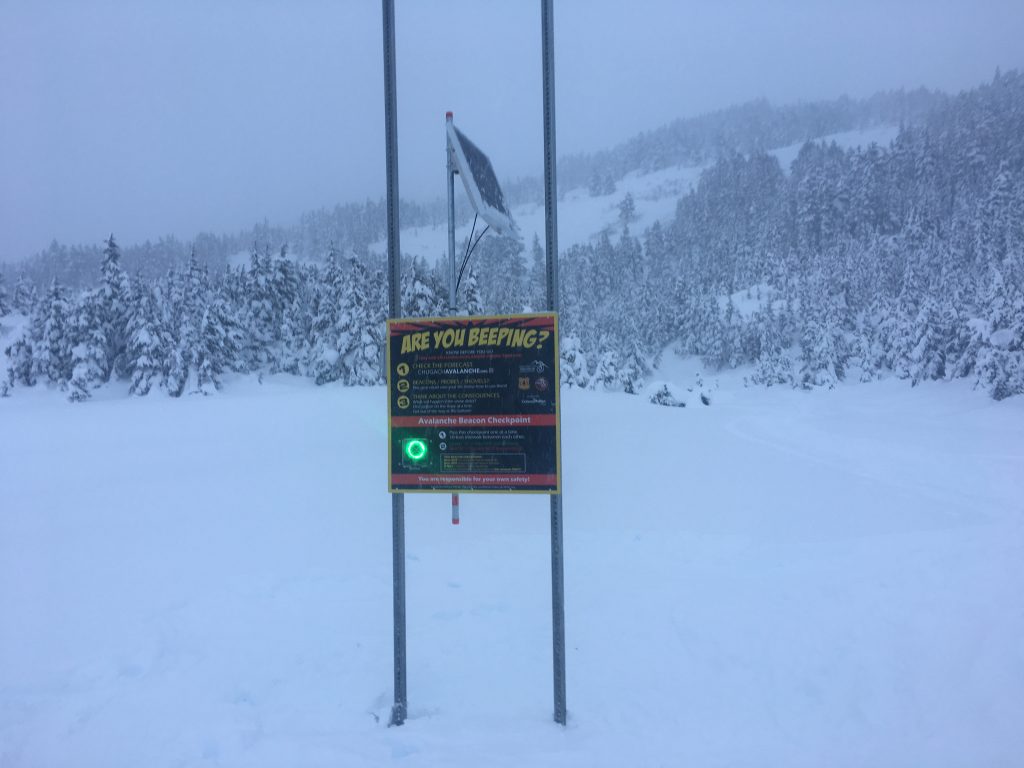 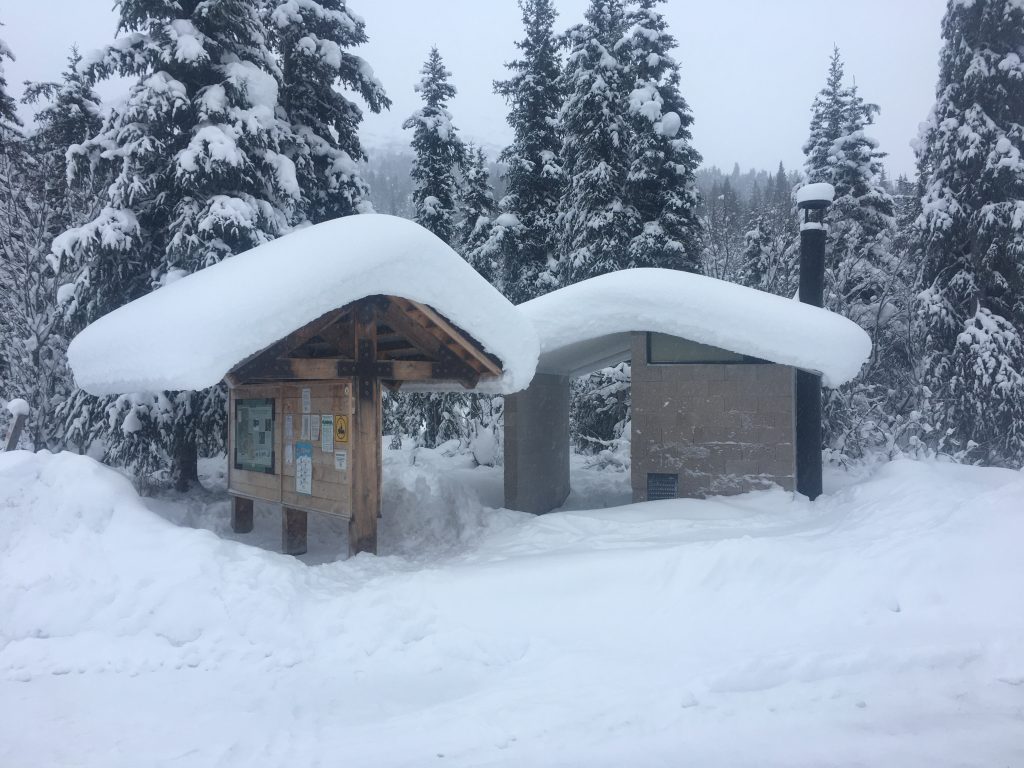 Beware of the overhead hazard at the Johnson Pass outhouses. 12.16.2021 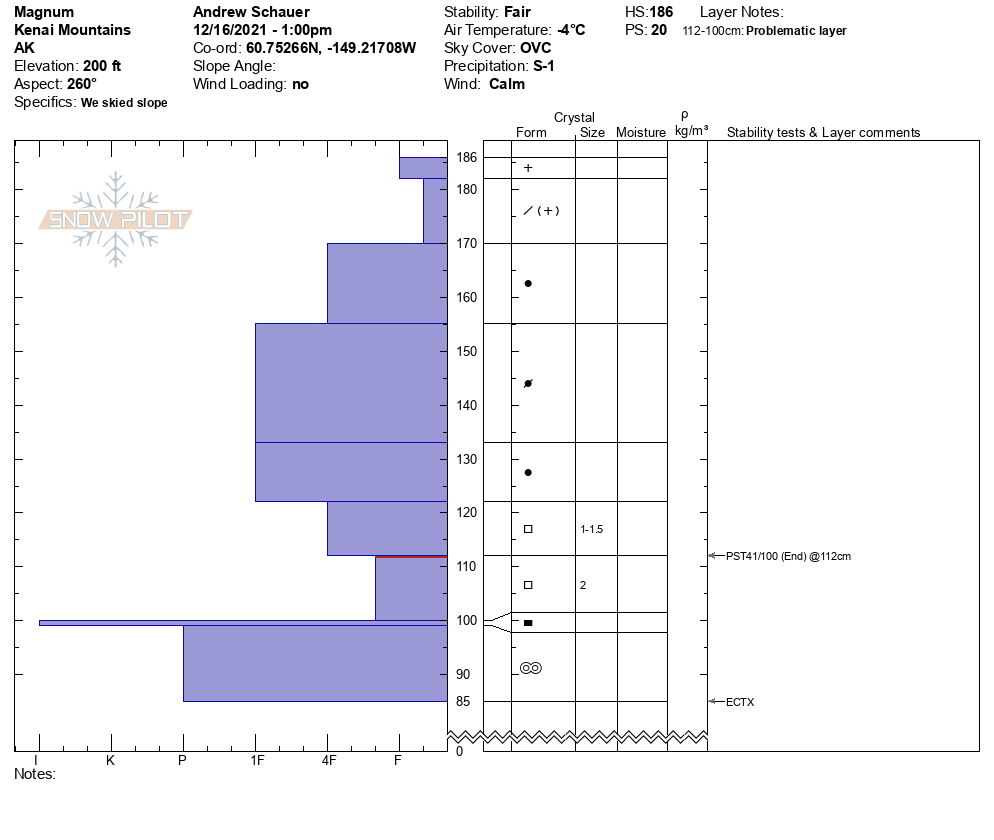 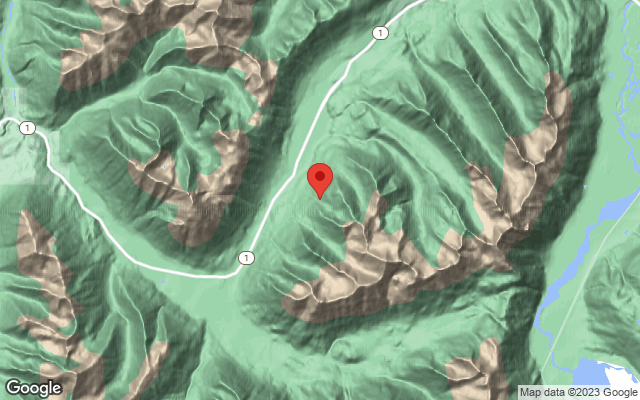