AAS Custom Course with just two students, parked at Cornbiscuit and went up uptrack to Magnum. Viz got so bad as clouds gathered that we stopped at 1500′ to dig a pit and ended up blindly making our way over to Cornbiscuit meadows to make our way down in the horribly flat light.

1 degree at 9:30 a.m. in Parking lot, noticeably warmed up as day evolved, ending at 2:45 at parking lot to a temp of 19 degrees. Light was beautiful for first five minutes of day, then rapidly deteriorated to the point of not even being able to discern the skin track. No wind. Darkening skies. Light snow beginning at time we left.

Surface hoar up until 1200', then Rimed stellars dotted a 1 cm thin crust that was perhaps a result of the last few days of fog at that elevation? Rime crust? Fog Crust? Over settled powder. Wind effect began at 2000' (our high point due to being blind)

There were a couple of head scratchers in the pit we dug. Perhaps because the total height of snow was only 205 there at 1500' on a NW aspect right on the edge of the ravine dividing Magnum and Cornbiscuit. First head scratcher was the little crust on top, but my best guess after being out the last three days and feeling the cold humidity of that valley fog at that elevation that it formed a little rime crust. See photos for pit and crust and a look at the 1/28 BSH/NSF layer we've been tracking which was not very reactive at this location due to lack of slab over it. 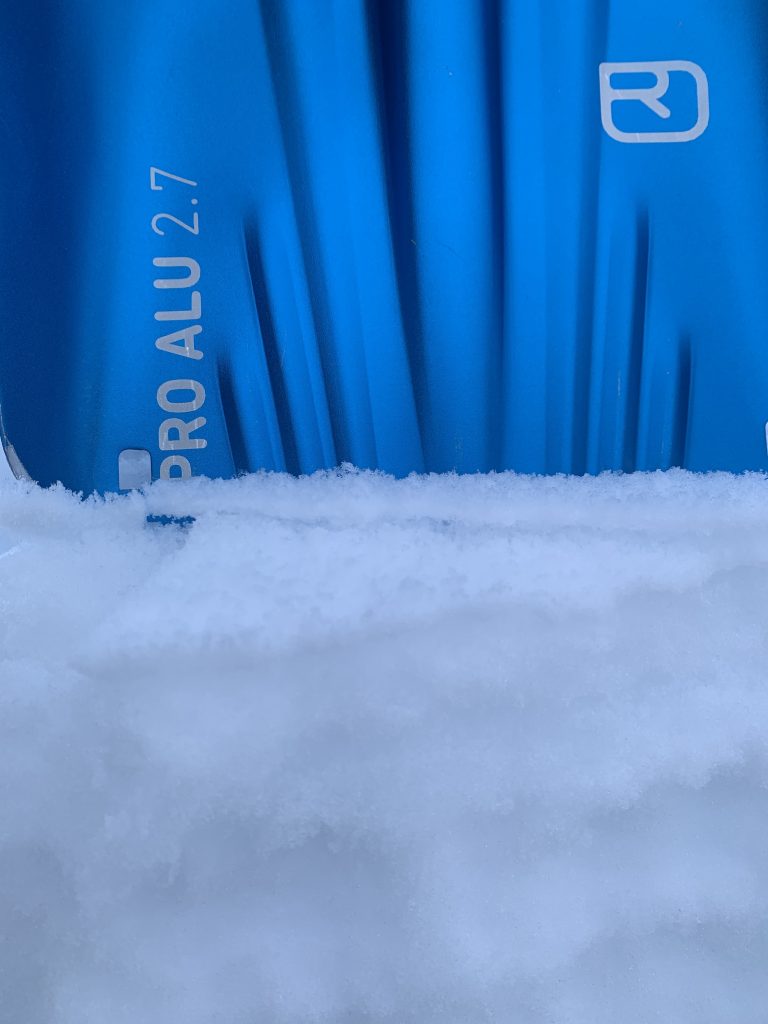 The fog or rime crust? 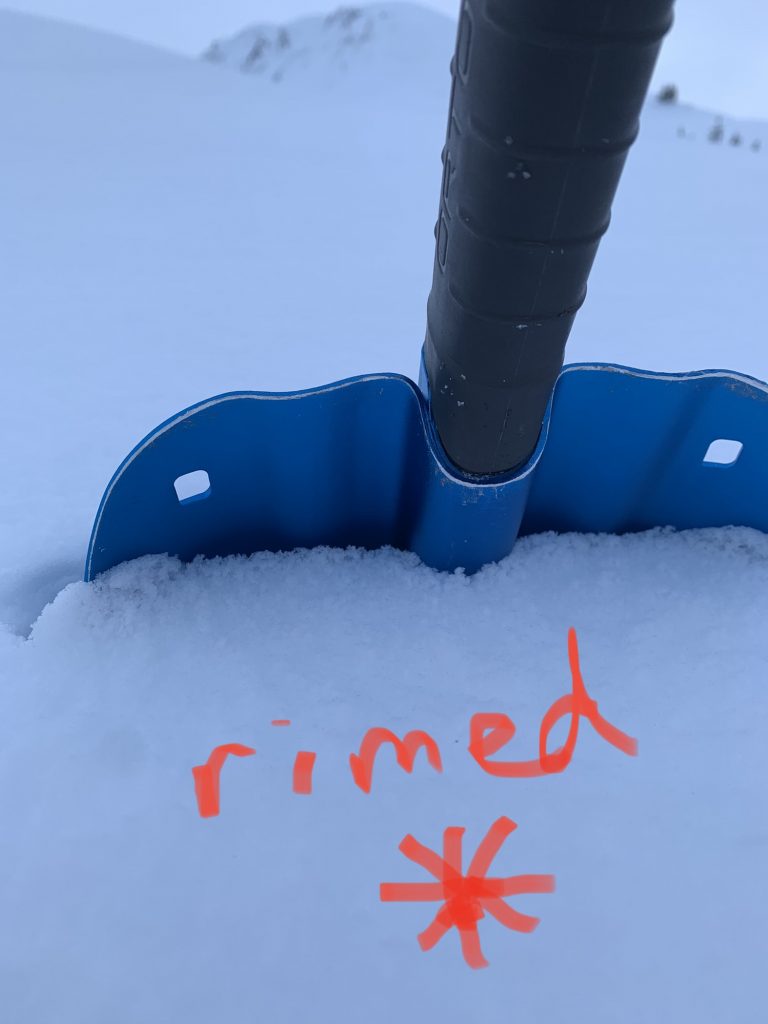 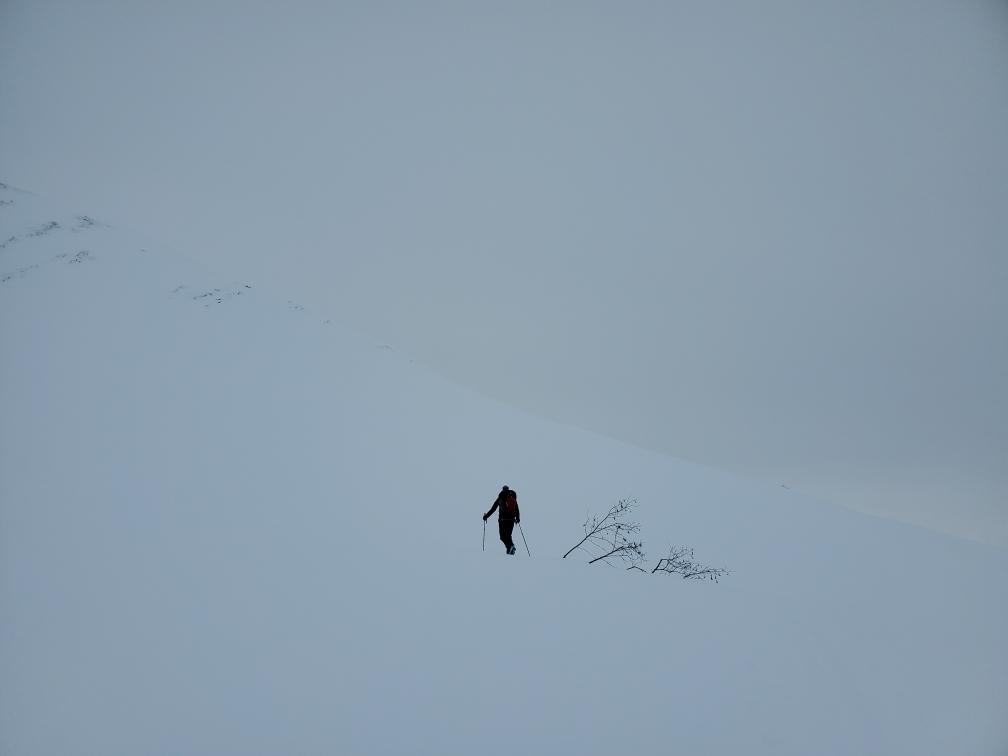 Visibility today....a poor choice to be on my telemark skis 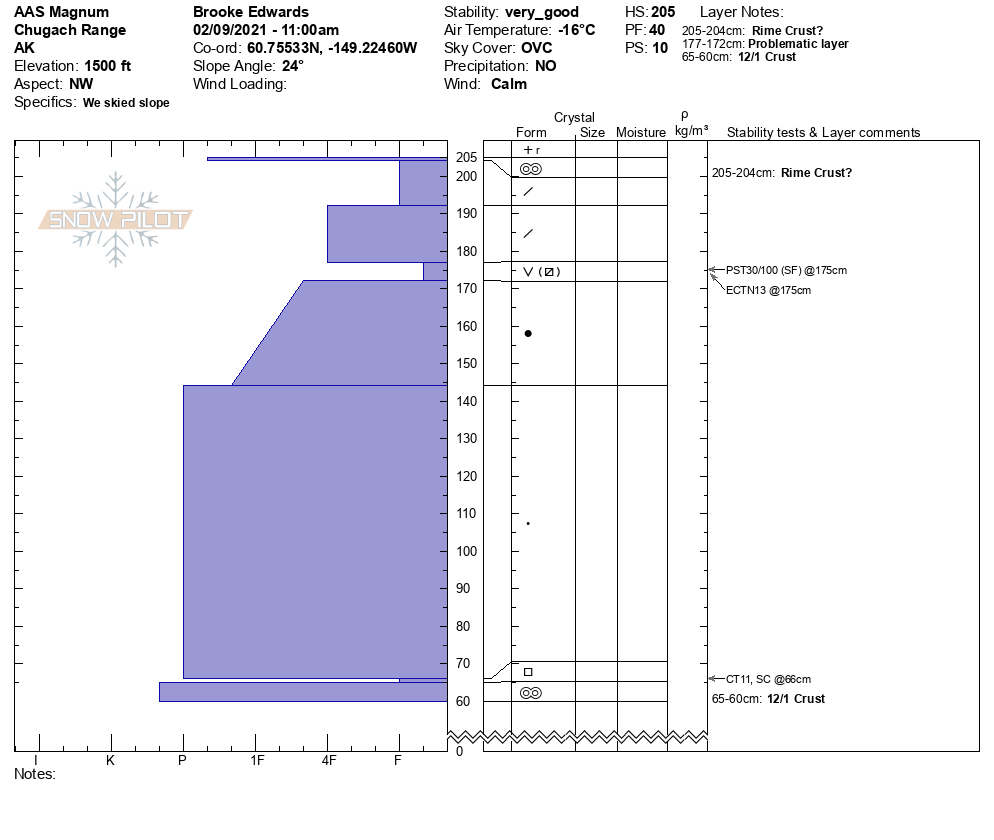 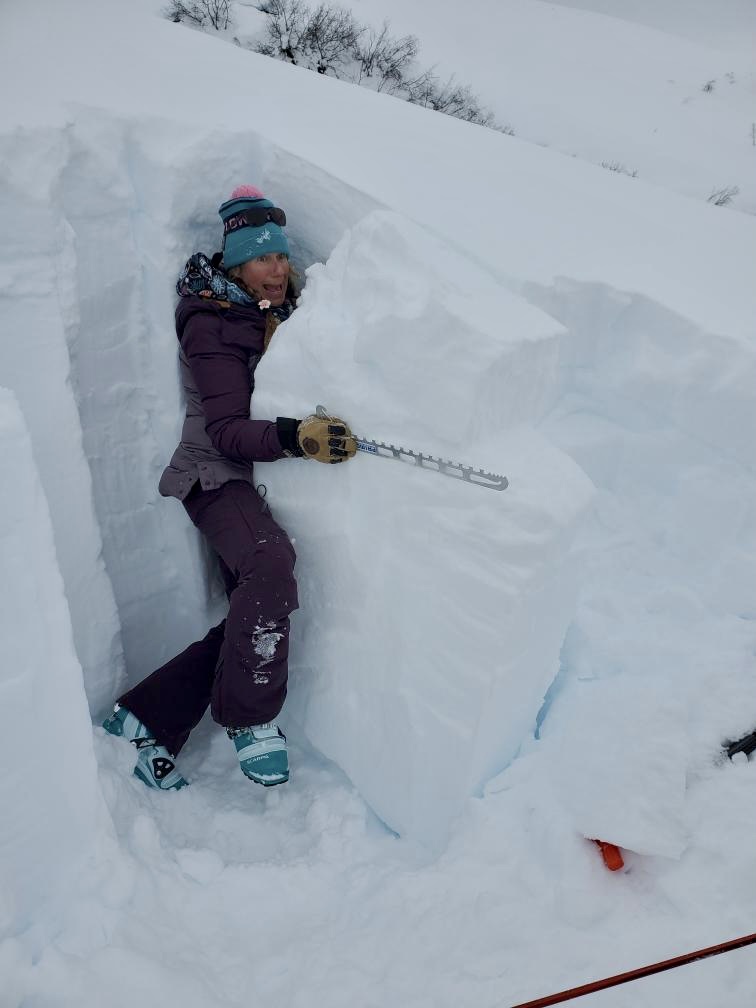 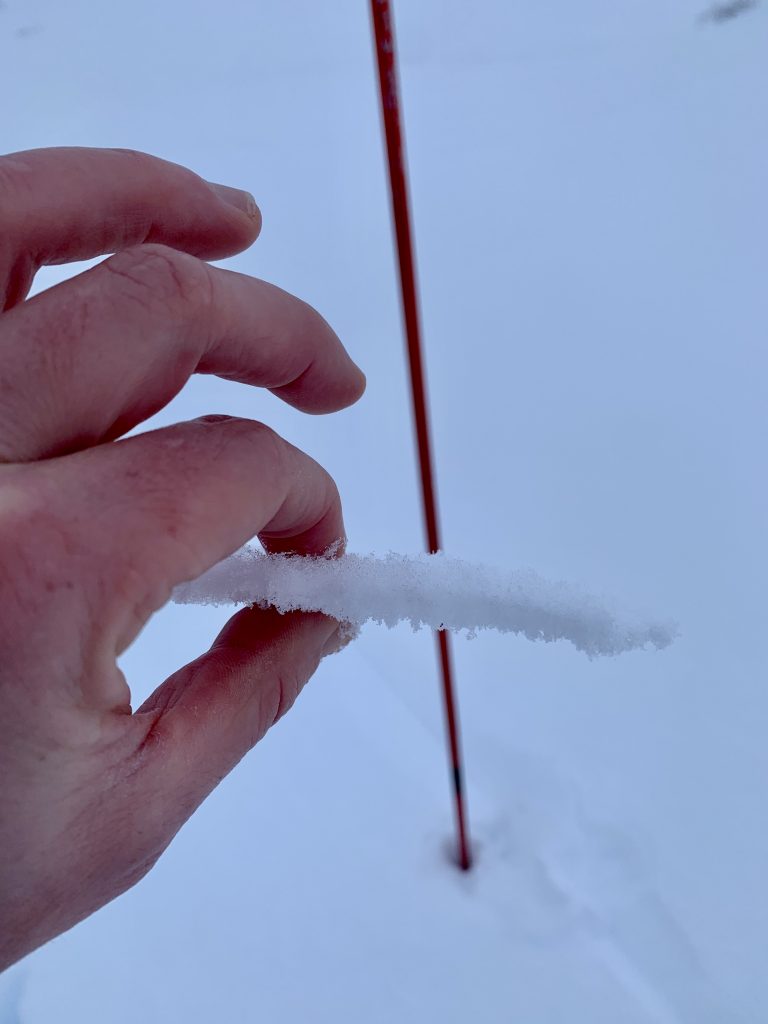 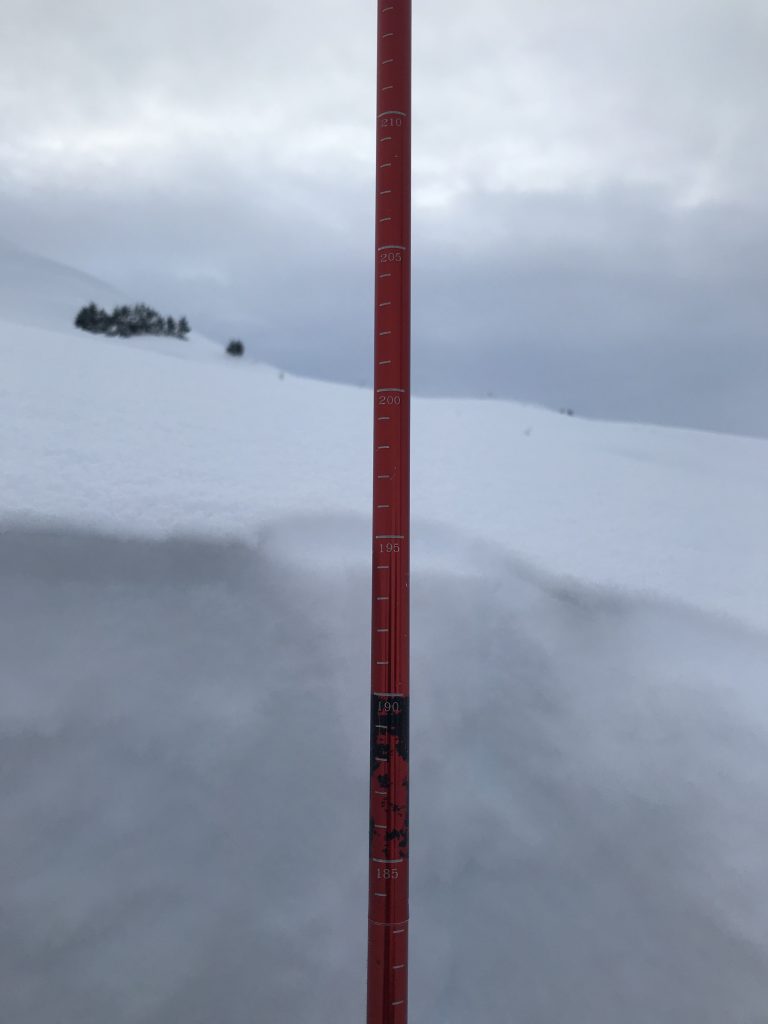 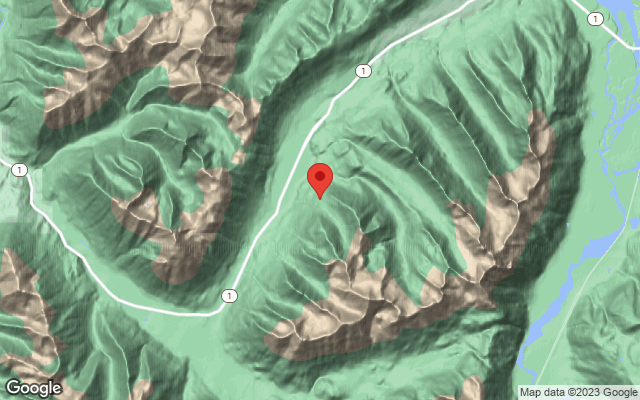