Lower Cornbiscuit over to Magnum pms uptrack to 3200′

Overcast to broken skies, mostly flat light
Mostly clear skies visible above the clouds looking north towards Girdwood in the .
Calm winds
Temperatures in the mid 20°Fs at the road to mid teens in the Alpine.
Snow squall in the am driving by 20-Mile but no precip at Turnagain.

1000'-1300' breakable rain crust (December 7th) below the new snow. December 1st rain crust is easy to feel up to around 2500'. There is 6" to 1' of snow on top of that crust. Hand pits and skin track stomps on this won't budge, even where it is more wind slabby.
Above 2000' snow below the new 2" inches is wind effected to varying degrees from none to thin wind skin to thick breakable wind crust. Evidence of the weekend wind event looking around the zone from scouring to cornice development to loading patterns across the slope.
Some of the debris from Magnum ridge cornice fall, above PMS bowl that was noted on Monday by observers on Cornbicuit, went 2 thirds of the way down gully near the common up track. It had a few pretty large chunks. There was also old debris in one of the alder chutes to the right of this skin track.
I did a bunch of probing along the skin track to get average snowpack depth above 2500'. Generally 140-160 cm (5'). Deeper in wind loaded areas. It is still noticeable when probing that the probe drops out before the ground. We dug two pits @ 3000'. HS: 140. 30 cm down there is the thin rime/freezing fog crust, CT 18, CT 24 and CT 23 on this layer. The rest of the snowpack until the basal facets is 1F to pencil hard snow. The basal facet layer was present in our pits. There are facets on the ground with a thin crust above and more facets below the hard snow (see photos). The facets were smaller and less developed than in other recent obs and in spots seemed pretty stuck to the ground. I did two Deep Tap tests. One had no results. The other was DT15. The Extended Column test produced no results (ECTX) on the little rime crust layer at 30 cm down or the basal facets (with the caveat that ECTs are not really effective at that depth). 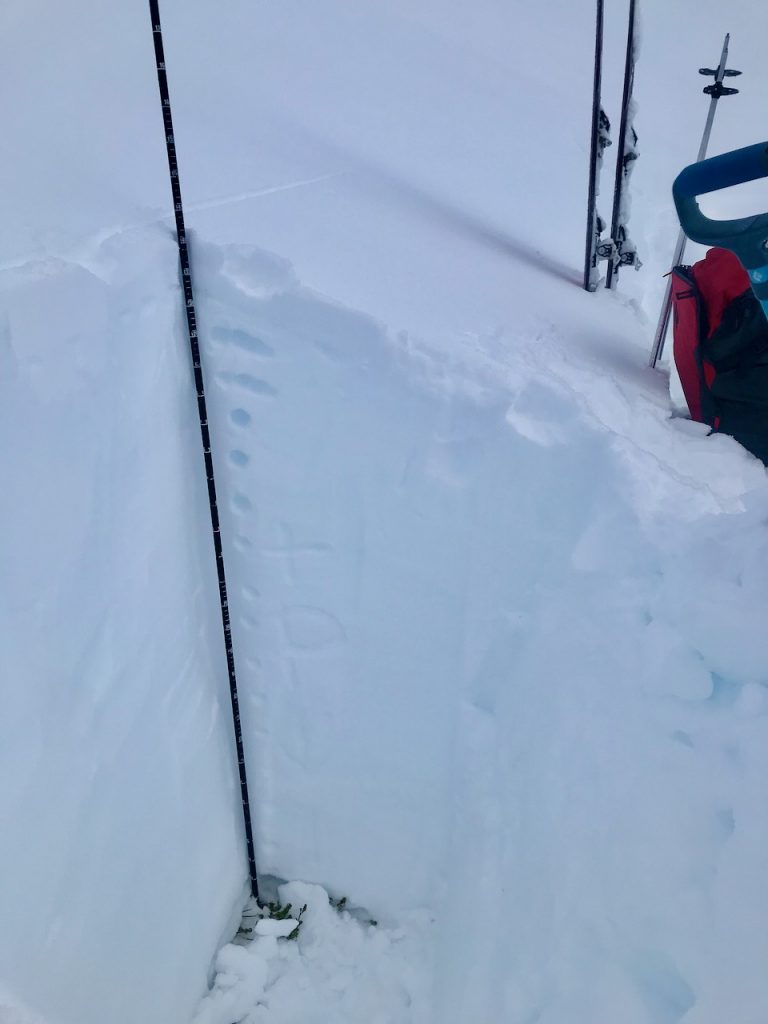 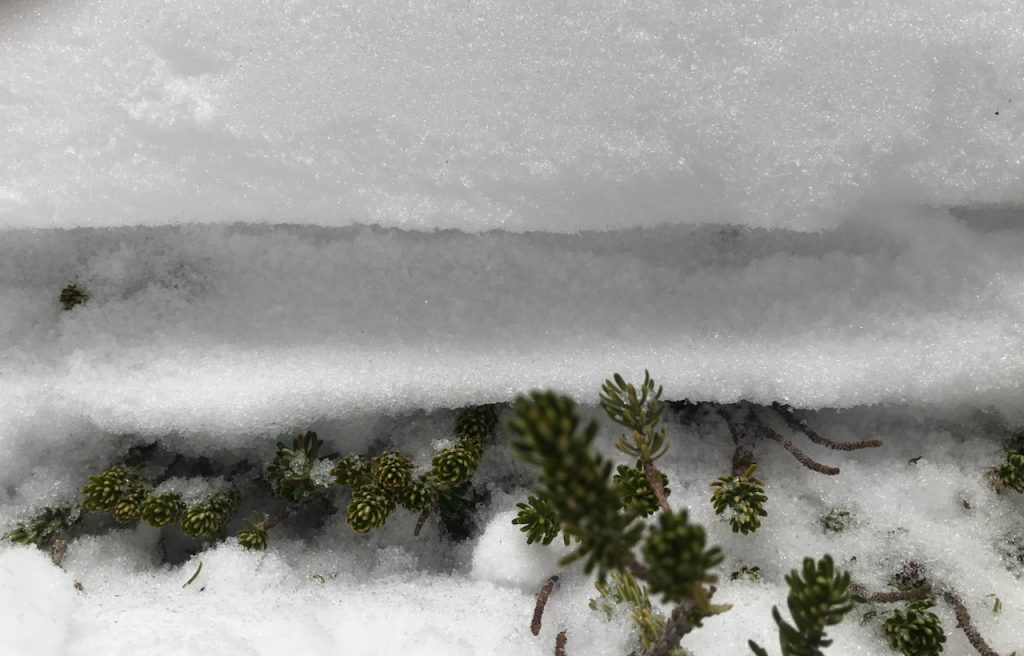 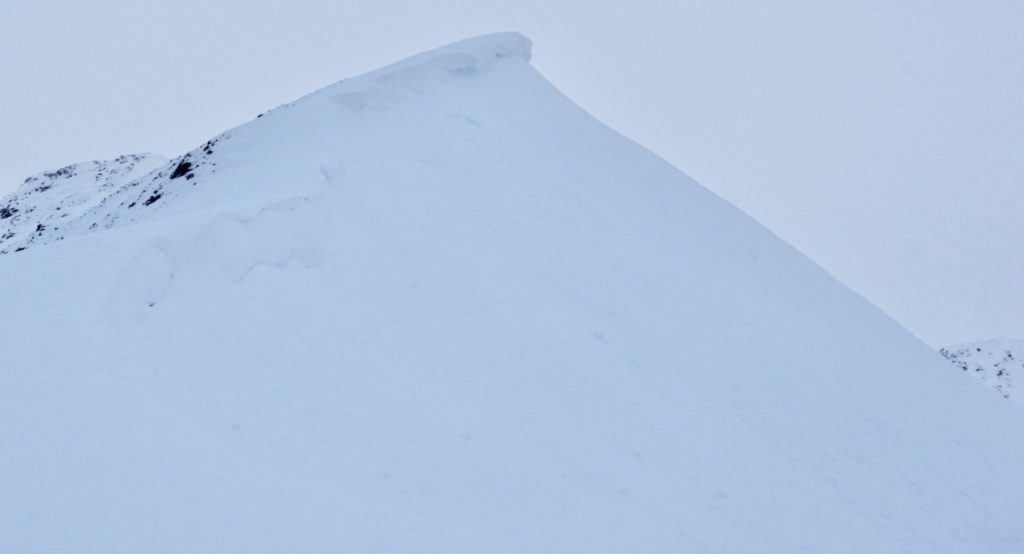 Magnum cornice with the evidence of the cornice fall. 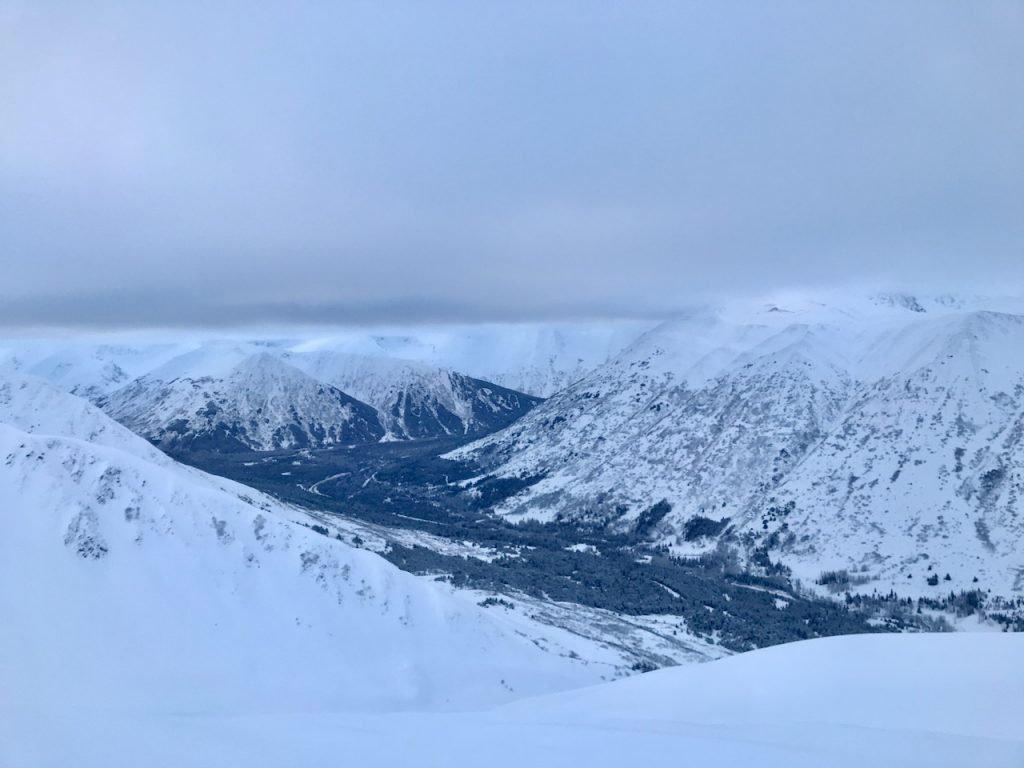 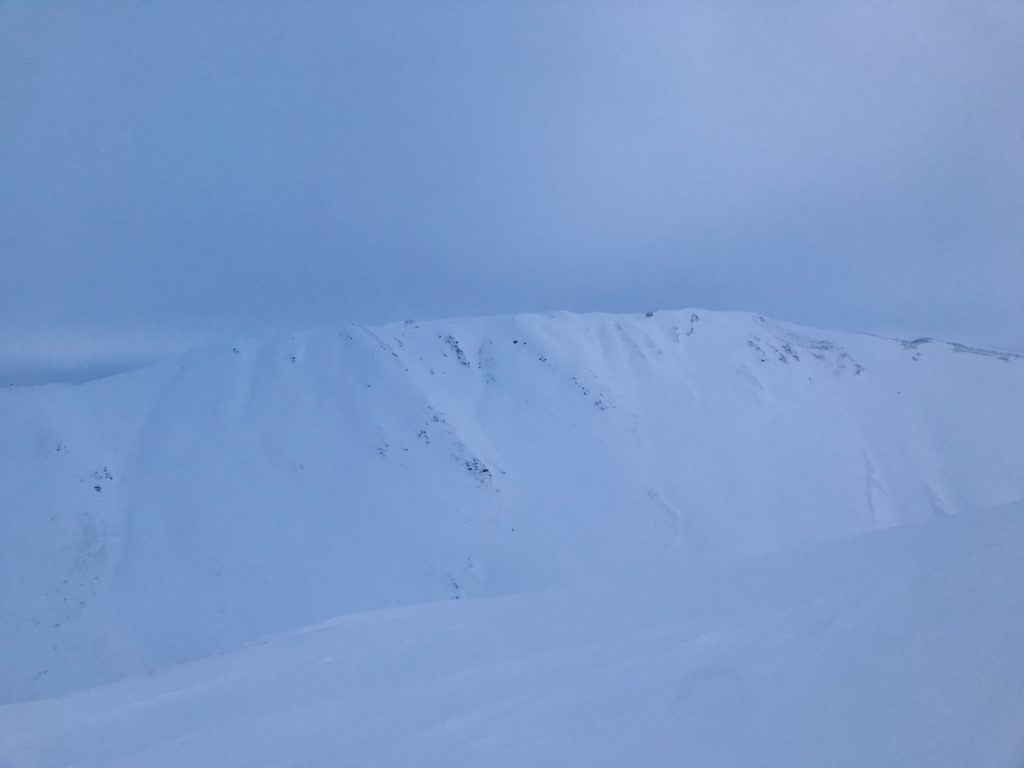 Sunburst with some scoured ridges 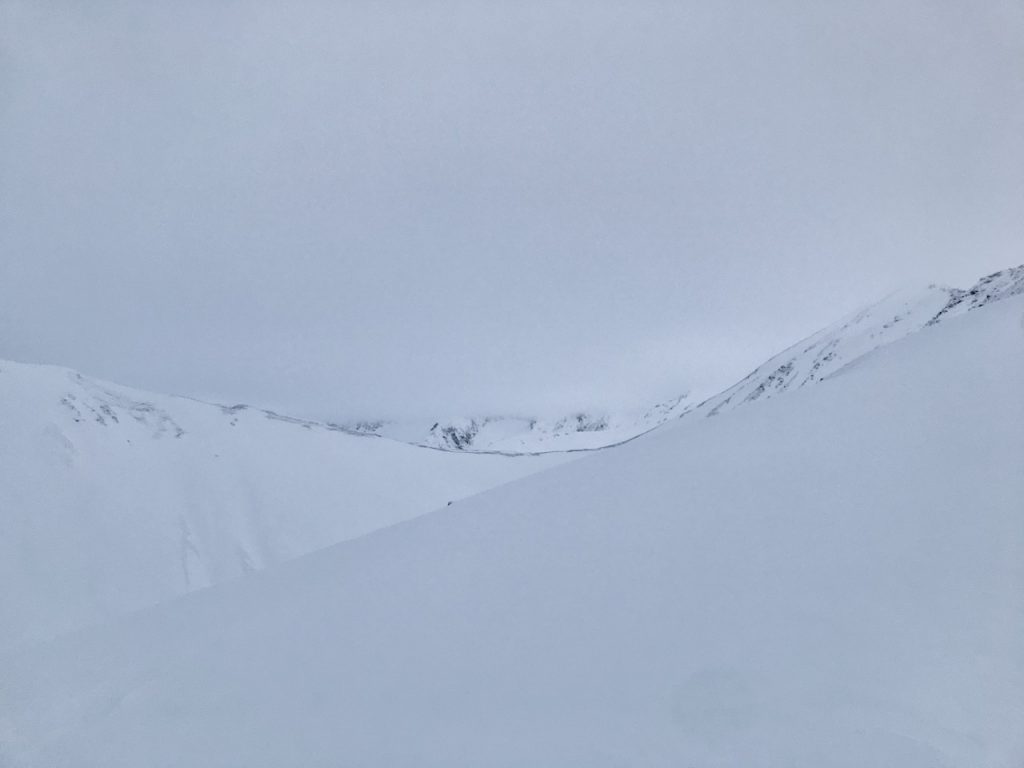 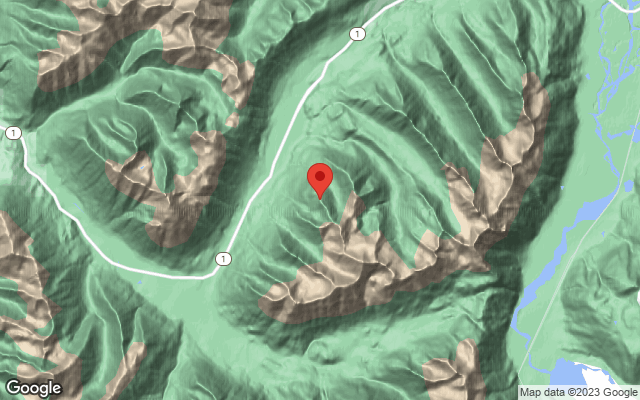