This was the most reactive snow we have seen in a pit in the last few days. We
dug here on purpose because the overall snow depth was more shallow and the
March slab depth was much less than other areas. The take away from this pit is
that areas with a thinner slab are more reactive. Because of this it is
important to avoid thin areas, especially in steep terrain.

This pit showed us that despite the weak layer being relatively deep in the
snowpack, it is still possible to impact this layer. Other pits at this
elevation have shown good bonding between the March slab and the late Feb crust.
This was not the case in this pit. The take away from this pit is that the
strength of the weak layer is becoming greater, but the propagation potential is
still high. This equates to it being difficult to trigger an avalanche. This
also equates to the potential for large destructive avalanches. Low likelihood
+ high consequence. 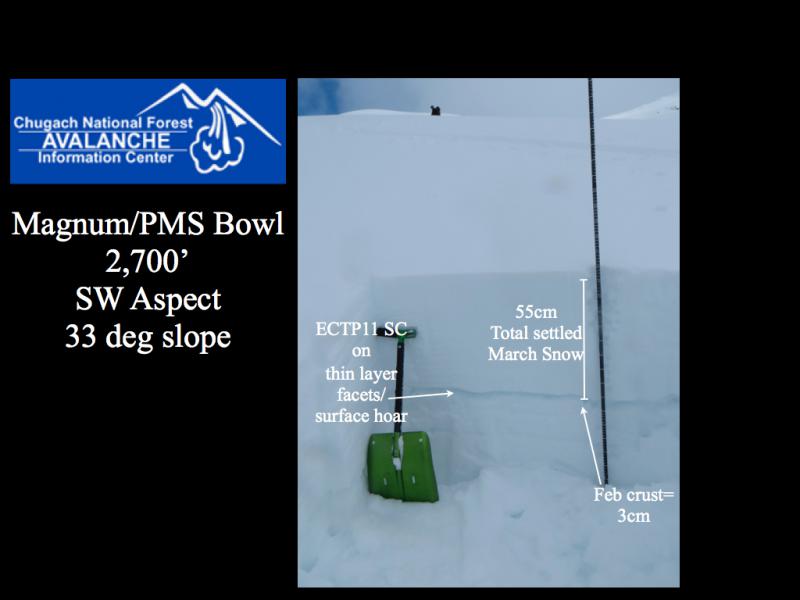 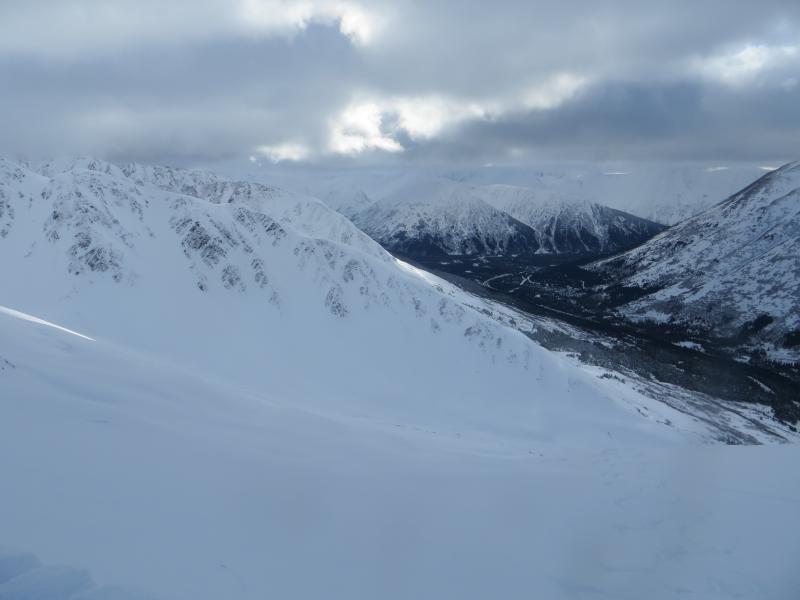 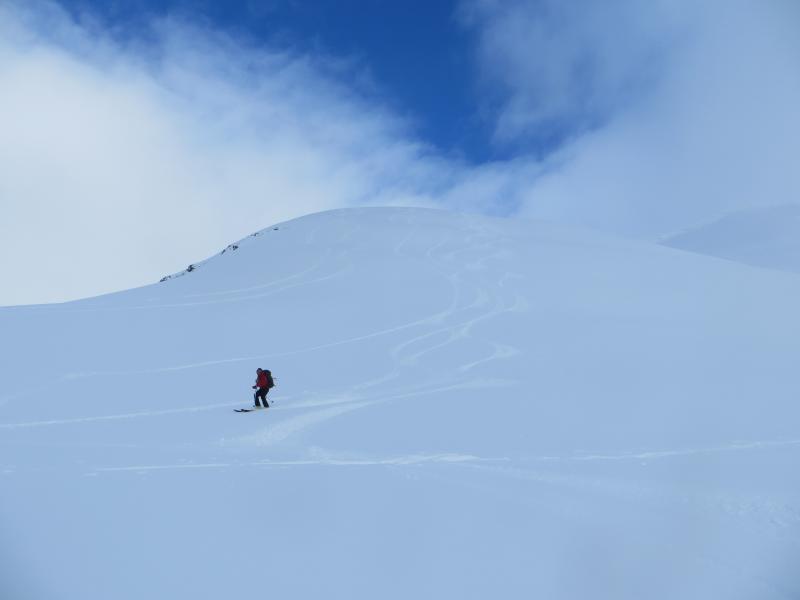