Ascended Bertha Creek drainage to lower meadows below Corn Biscuit to dig on a lower North aspect (1700′.) We broke trail between 1200′ to 1700′ and didn’t experience any collapsing in the lower elevations. Skinned across Bertha Cr to PMS bowl on Magnum SW aspect and followed pre-exiting skin track to 2700′. NE winds started blowing snow in valley bottoms around 12pm. Cracking was observed in top 1″ of surface snow.

At 1700' on a N aspect the HS=107cm, slope was 39*. We did not find any buried surface hoar in this particular location. There was 18" of settled new snow from last week sitting on a variable wind crust. On one side of the pit the old wind slab was 3" thick and on the other side it wasn't there at all.

At 2700' on a SW aspect the HS= 141cm, slope was 38*. We found a wind slab layer with small facets that was only reactive in Compression tests (CT7.) There was a uniform layer (10cm thick) of Fist hard facets (3mm) sitting above a melt/freeze crust on the ground. It only required moderate force to to fail in compression tests (CT12) but didn't not propagate with an Extended Column test. However once the weak layer was initiated in a propagation saw test it failed easily to the end with some energy. PST35/100 End. 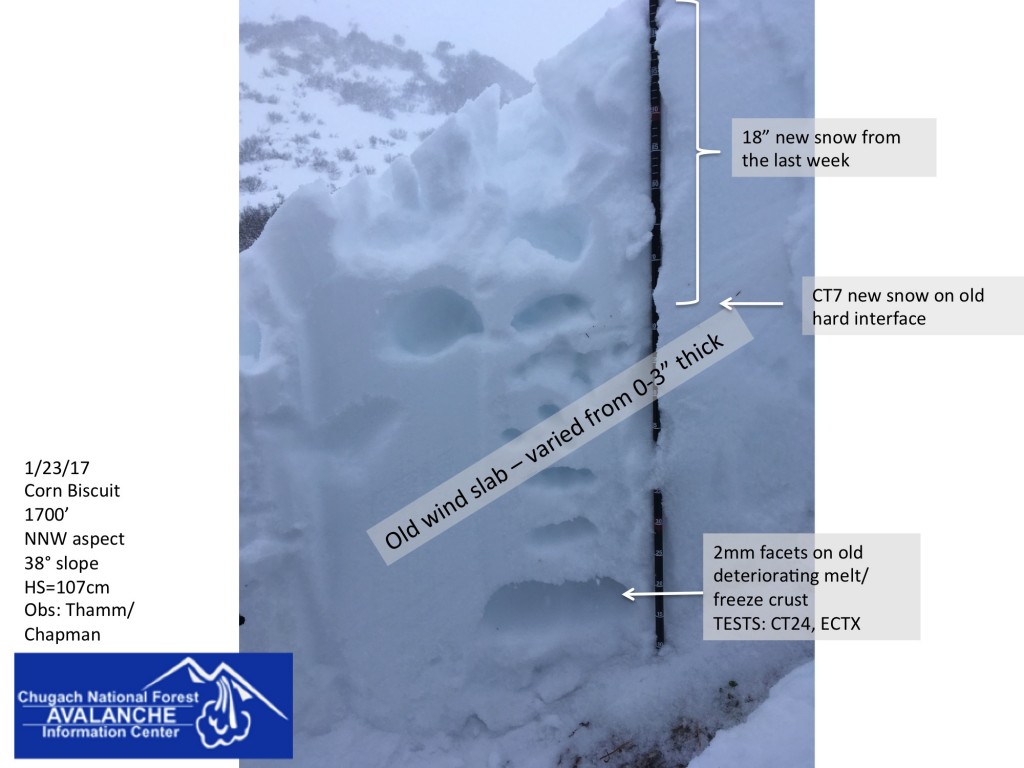 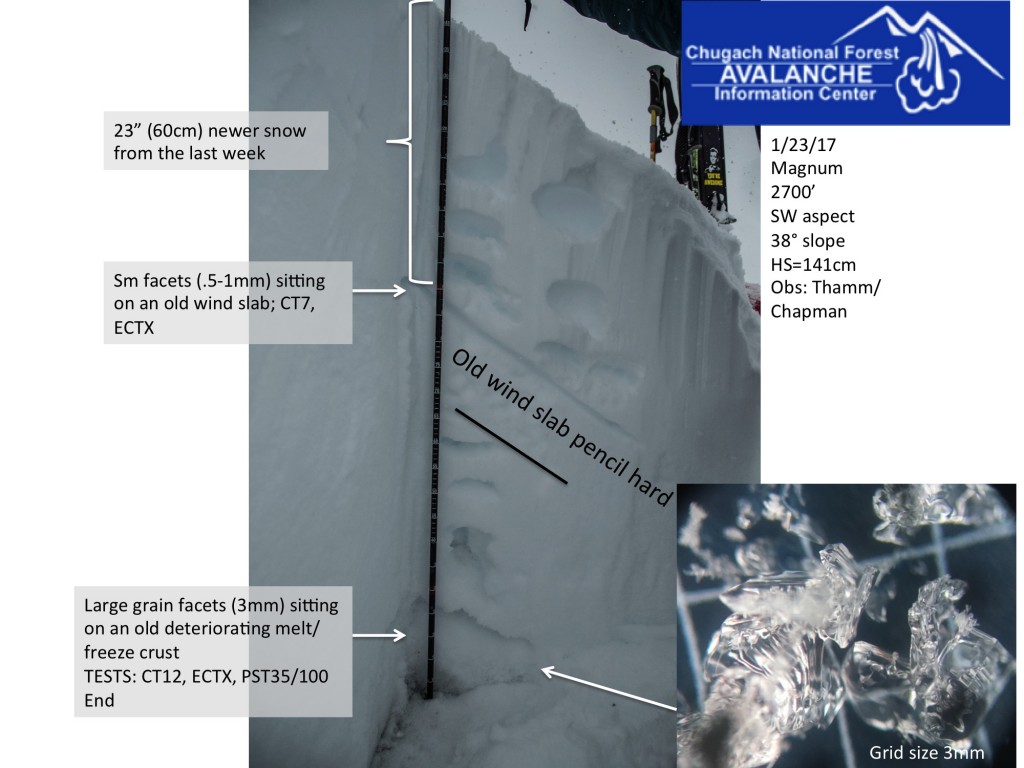 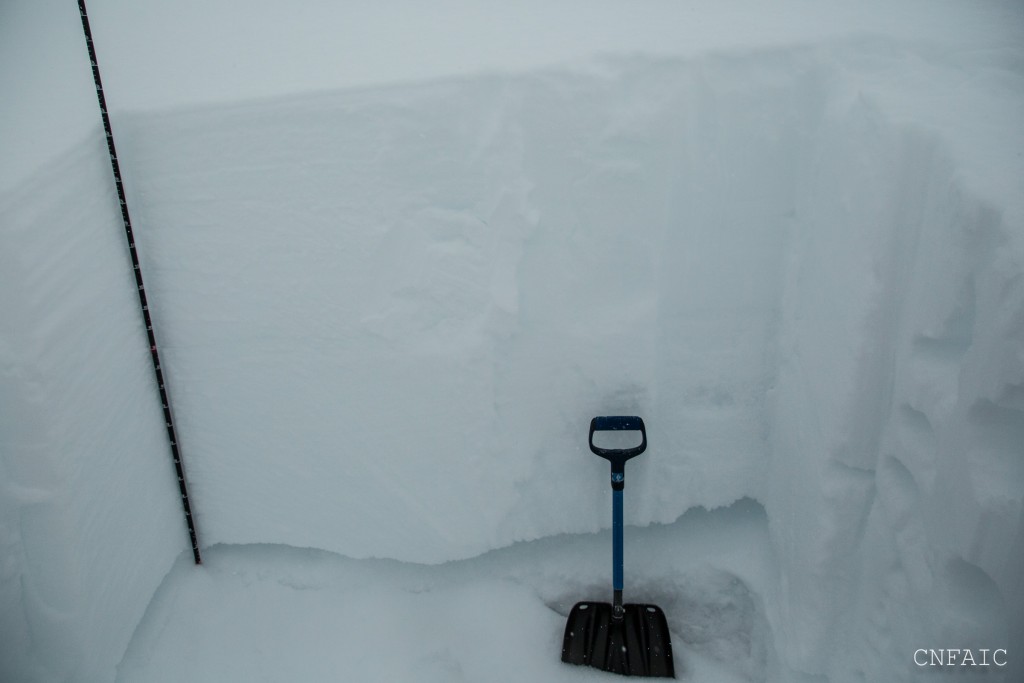 Uniform layer of well developed facets (3mm and Fist hard) on top of a melt/freeze crust near the ground. 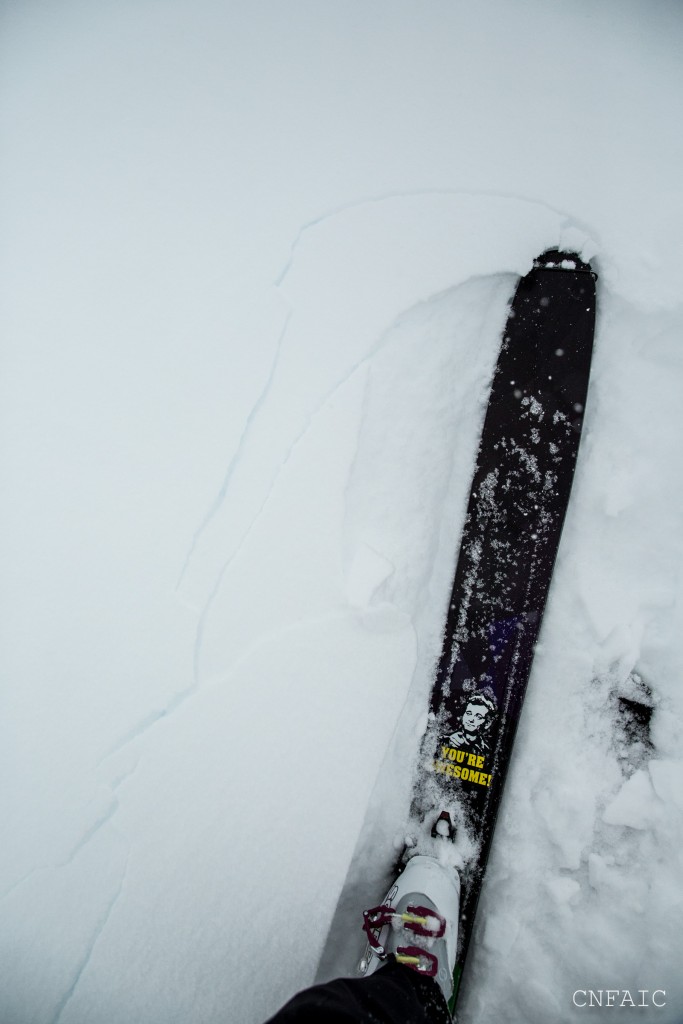 blowing snow was causing some cracking in surface snow 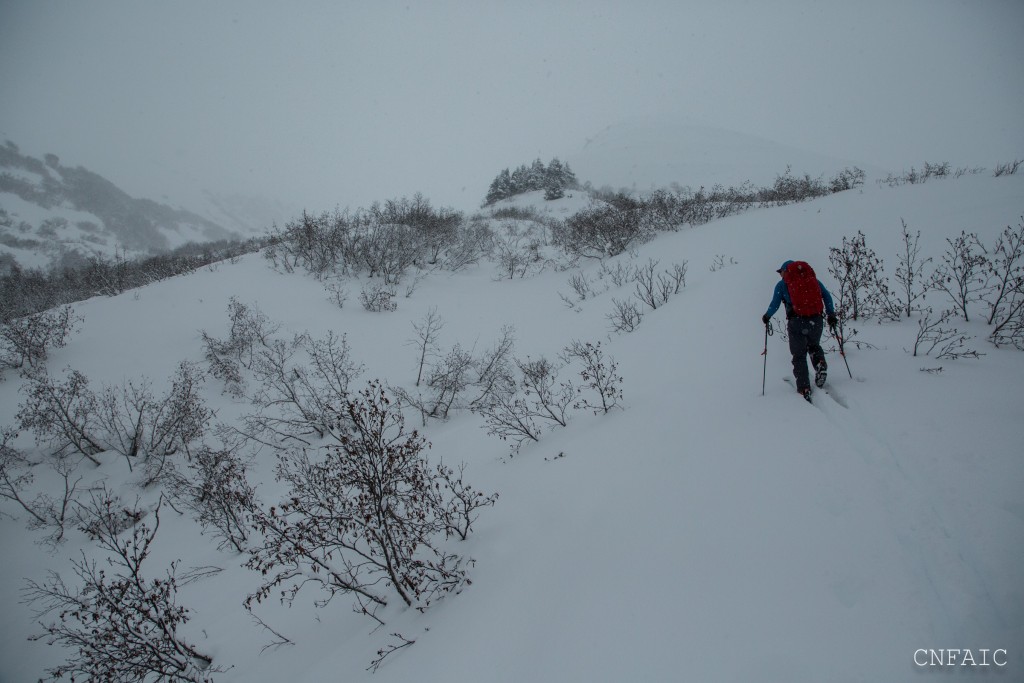 The lower meadow of Corn Biscuit still have a fair bit of alder to navigate. 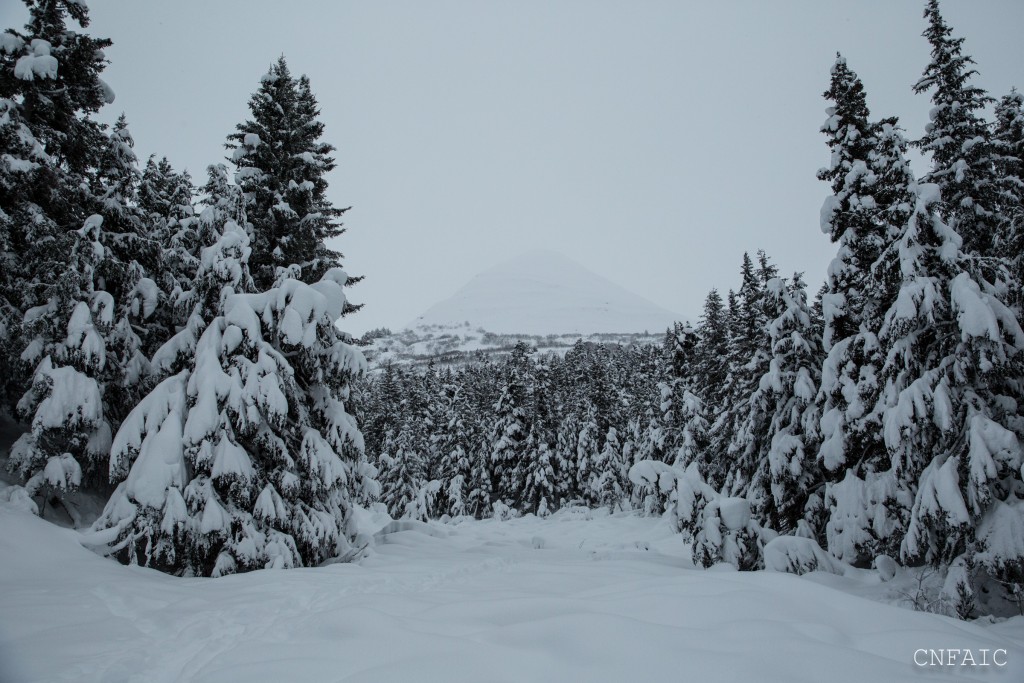 Good coverage in lower elevations with a view of Corn Biscuit before we lost visibility.