Standard route up NW shoulder of Magnum to 3000′

*The Nov.16th BSH produced some natural activity, but was mostly responsibile for a series of human triggered avalanches from Nov.17-Nov.27th, all D1-D2 in size. Its important to note that we have not observed any avalanche activity on this layer since Dec.3rd. This particular layer is something to be aware in areas that haven't avalanched and less traveled areas of Turnagain, where there is more uncertainty about where it still lies in the snowpack. With that said it's something we're still tracking, and is considered an outlier at this point.

No obvious signs of instability observed from today

We did find debris and a filled in crown at 2900' likely occurred mid storm on Dec.18 when wind and precip were strongest. Debris had ~4" of snow covering it.

We dug a variety of hand pits at many elevations and found varying snowpack set-up. Below 2000' where the snowpack is thin (15-20" total height) and we found 7" of settled new snow (F hard) sitting on (F hard) facets to the ground. Along the NW shoulder of Magnum the settled new snow was sitting on firmer snow below. Hand pits showed old wind slabs sitting on loose faceted snow in some locations and in other locations the snow was too dense to penetrate with pole. In more protected places away from the ridge the snow was loose and ski pole easily poked down 2'.

We dug two pits one at about 2900' in a thicker area of the snowpack (5.5') and another at 3000' in a thinner area (3'). The snowpack structure in these two areas varied significantly. In the thicker place we found two layers of buried surface hoar: the Dec.15th BSH was 15" (40cm) below the surface the Nov.16th BSH was 33" (84cm) below the surface. The first layer did not propagate in ECTs, but the Pencil hard slab sitting on the Nov.16 layer propagated with some force (22 taps and 27 taps.) The most surprising part was how fast these two columns popped out of the pit, both sudden planer. The thinner area was mostly made up of faceting snow with a low density slab on top and produced no notable results in tests.

Corrections: In video I said previous test required 28 taps, but upon watching footage it was 27 taps. 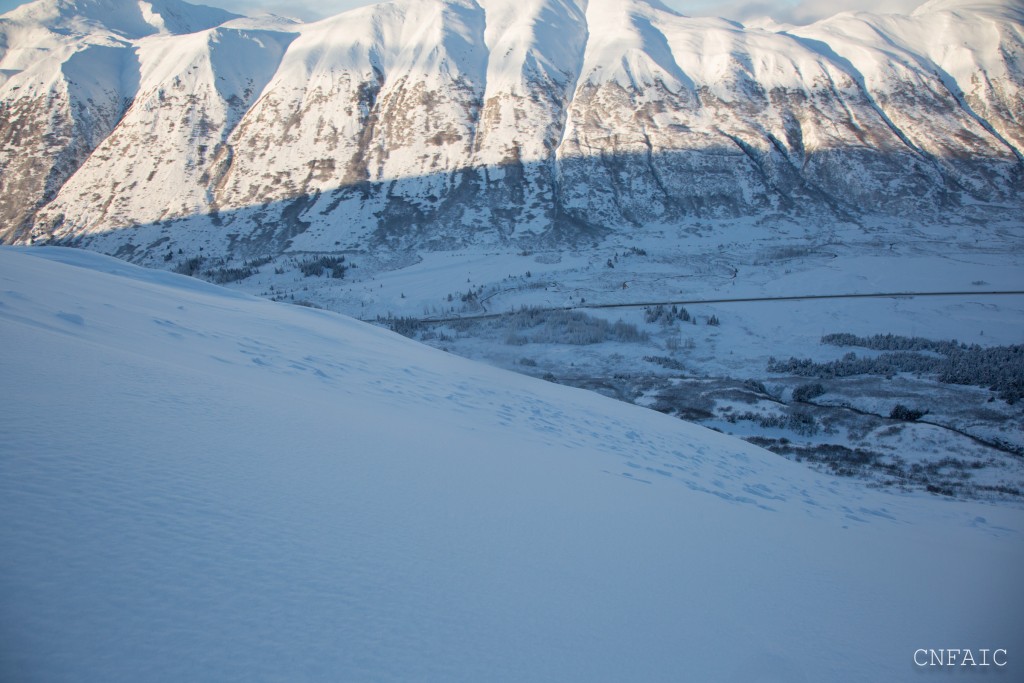 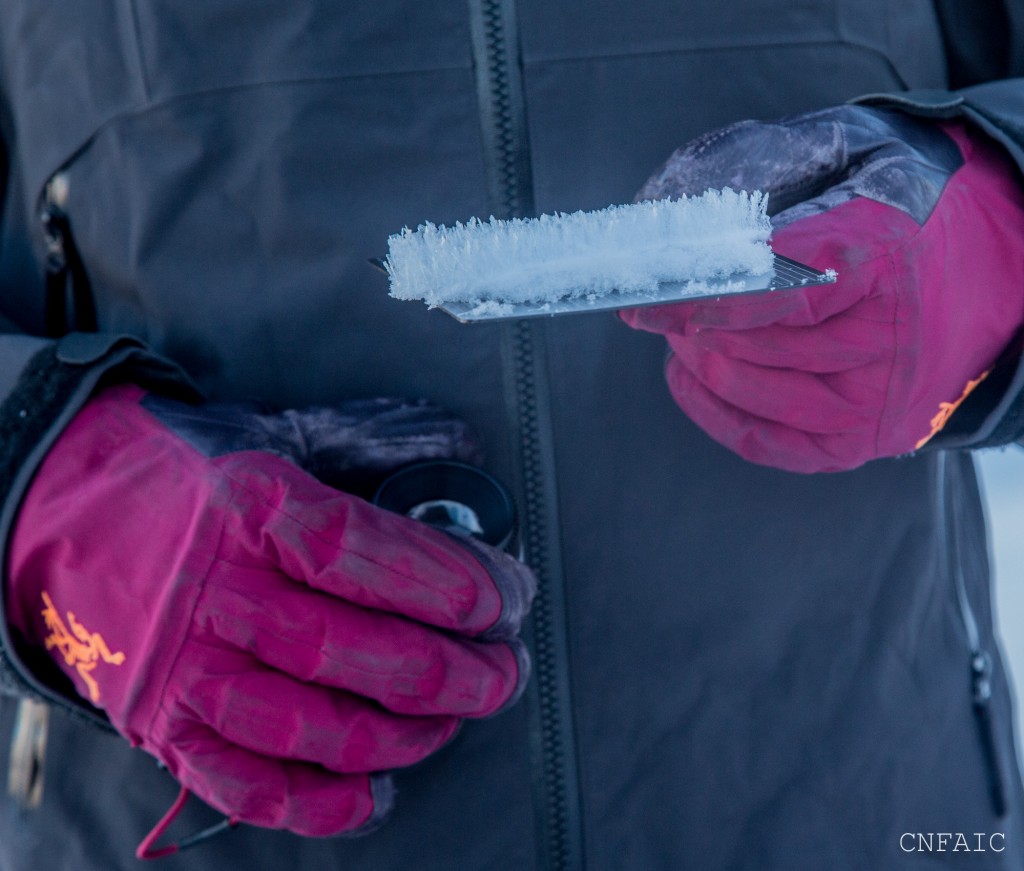 New surface hoar growth was found at all elevations today, at least 1cm in size 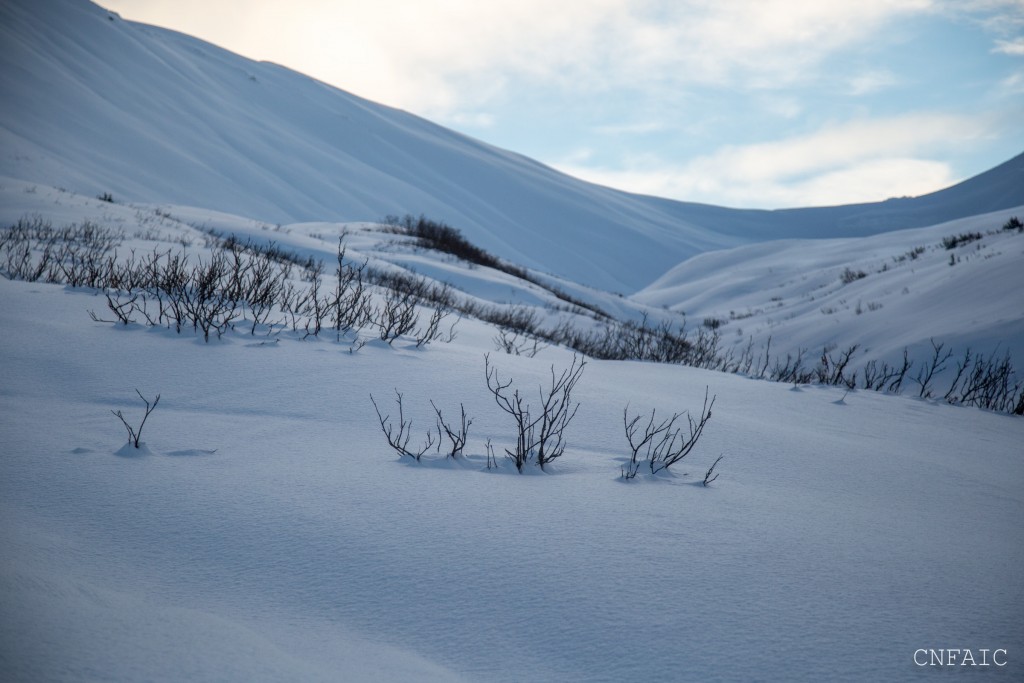 Settlement cones along alders. The snowpack has settled 2-3" in the last three days 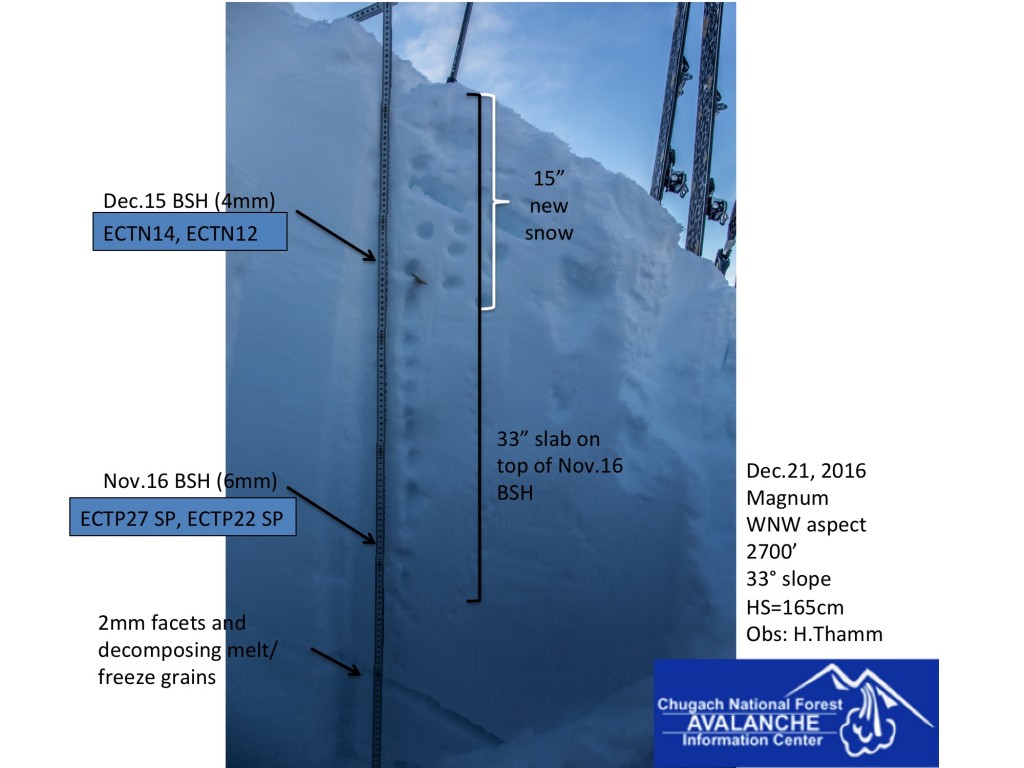 Nov.16th buried surface hoar was a surprise in this pit, see description above for more details 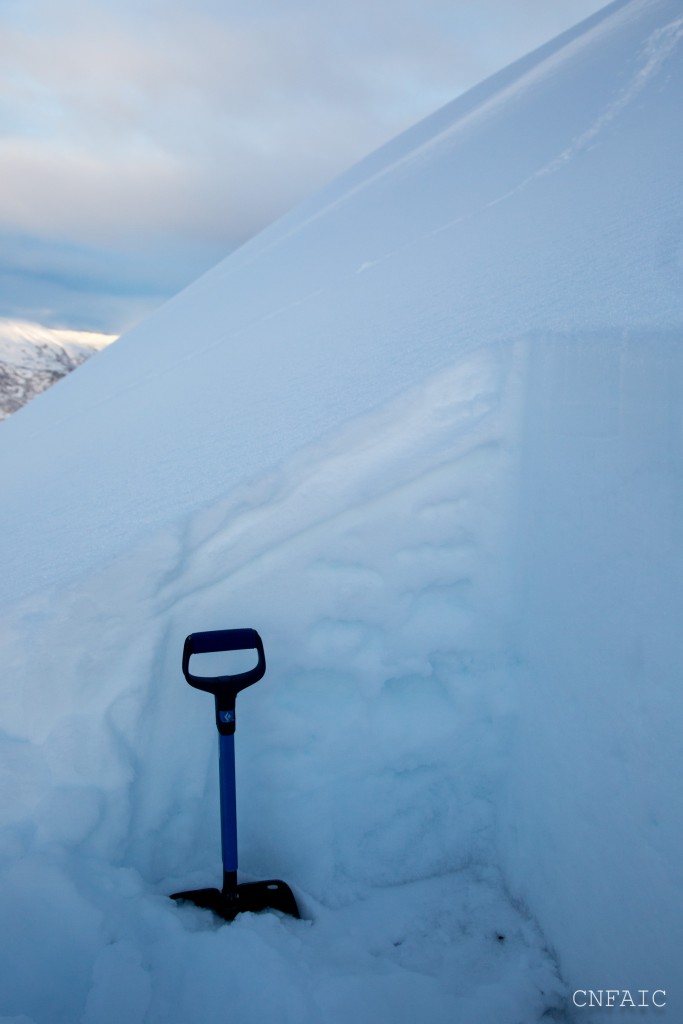 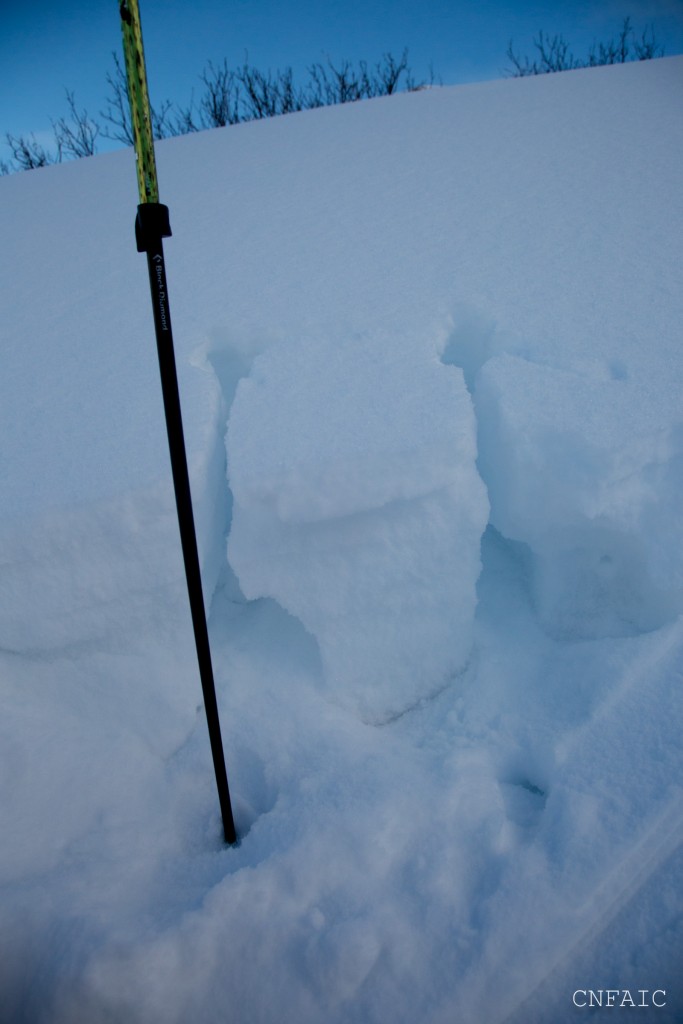 Facets were practically pouring out of this hand pit at 2000' 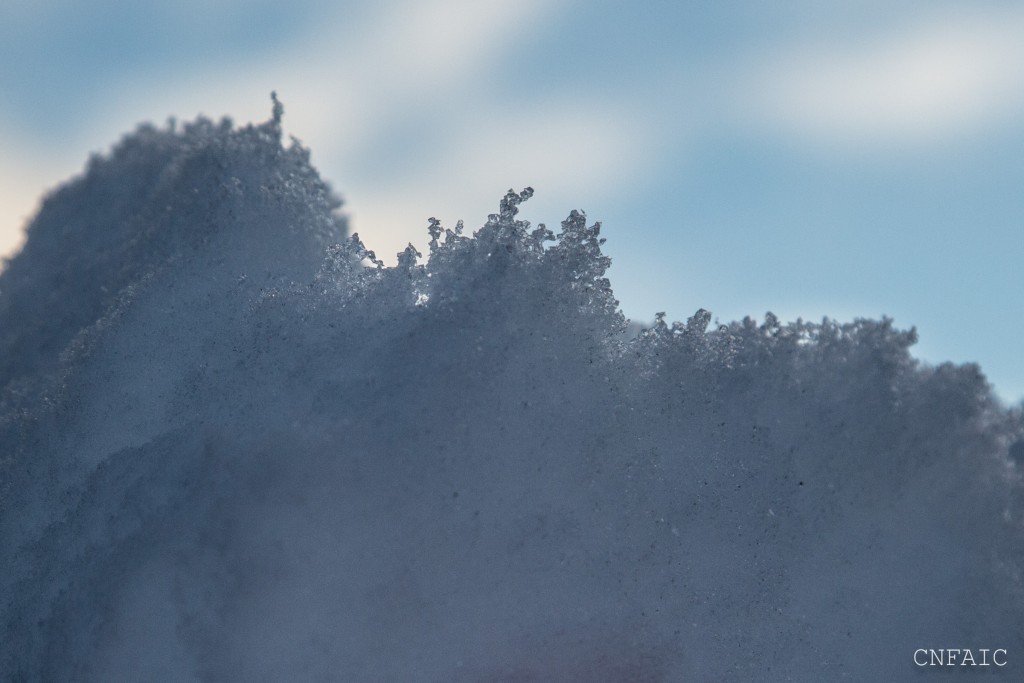 Chained facets near the ground in the above hand pit. 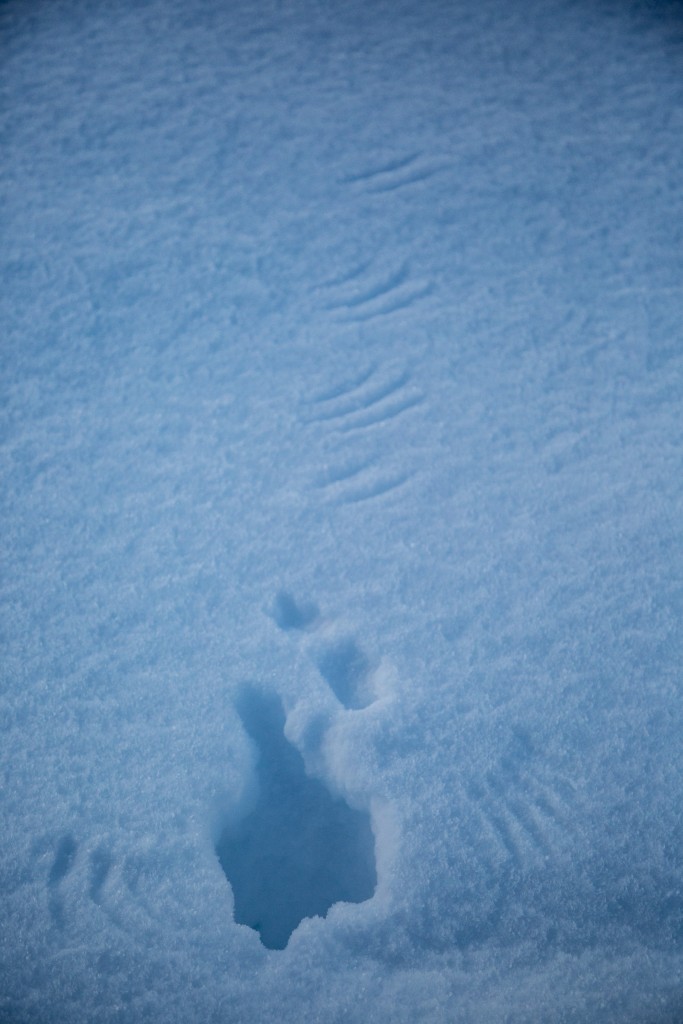 Evidence of a Ptarmigan take off! 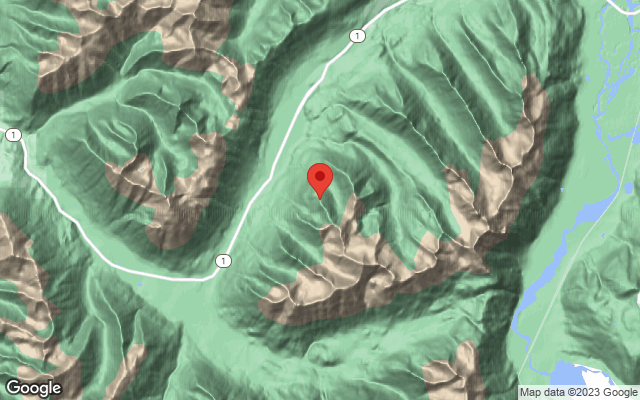