Here’s another shot of the large avalanche in Lynx creek drainage. This is primarily north
facing at the back of the valley, but slopes facing east and west avalanched during the storm.
Notice the multiple pockets that slid and the steep rocky nature of the terrain.

The Alpenglow avalanche shows a before and after picture of the upper face. All the major rock
in the upper bowl was previously covered by deep snow. This avalanche dropped nearly 4500
vertical feet and the powder cloud hit tidewater in Turnagain Arm. 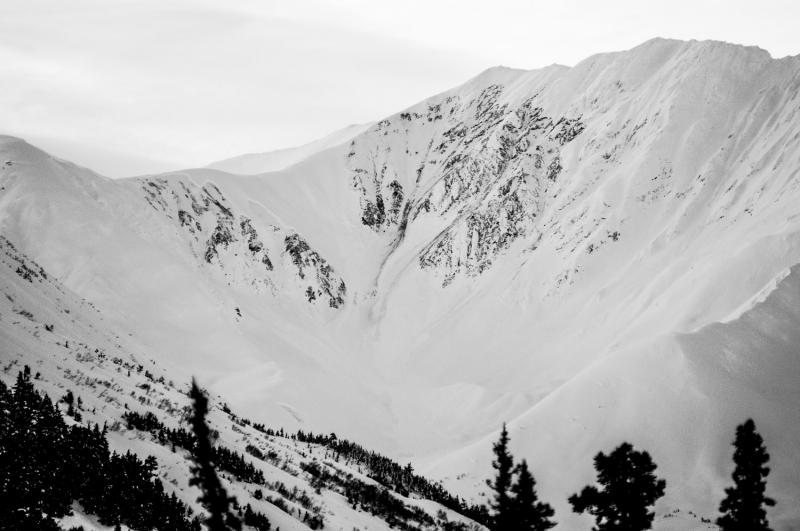 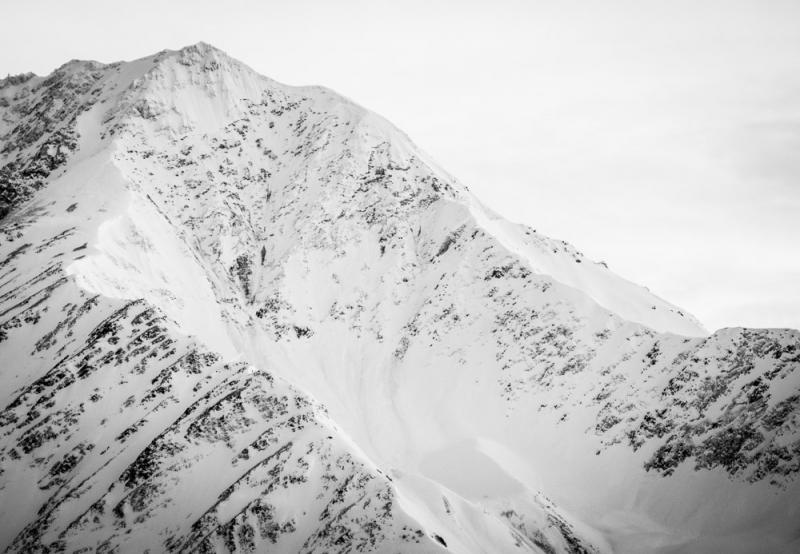 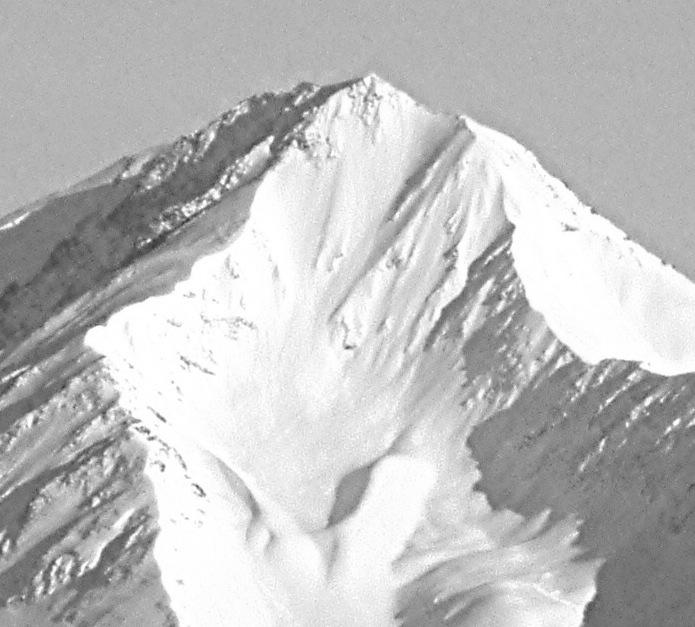 Alpenglow, typically filled in with snow 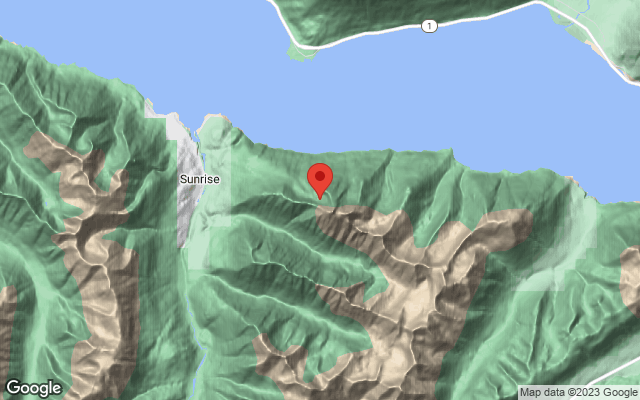