We rode up Lynx Creek to take a look at the buried crusts and survey the damage from the strong winds over the past 24 hours. We dug three pits at 2100′ and found the snowpack to be 6-9′ deep, with the 1/25 fog crust buried 1.5-2′ deep, the New Year’s crust buried 3-4′ deep, and the Halloween crust down 5-6′. We did not find any unstable snow around these layers in our pits.

What we did see was a widespread cycle of large natural avalanches in the upper elevations. These were around 2′ deep, over 500′ wide, and had run over 1000 vertical feet. They appeared to be triggered during the strong winds over the pas 24 hours, and based on their depth it is most likely they were failing on storm snow interfaces from the series of wind and snow events over the past week. It was notable how wide these avalanches were propagating.

We also saw a recent natural avalanche on the north side of Sunburst on our drive down, as well as some smaller debris piles on the front side of Seattle Ridge.

Widespread recent natural avalanches. 2' deep, 500' + wide, 1000' vertical. They were on west, north, and east-facing aspects, so it is hard to say whether they occurred during recent periods of strong easterly or westerly winds, or both.

Mostly sunny skies in the morning, with increasing clouds in the afternoon, and limited visibility looking back up Turnagain Pass from Twenty Mile on our way back to Girdwood. Light winds with variable direction and no precipitiation.

Wind hammered. Some areas were blown back down to old tracks, others were loaded in with a punchy wind slab 6-12" deep or deeper.

One of our goals for the day was to see if the snowpack in Lynx was looking more like the pack in Summit, or closer to Turnagain. What we found was something in between, with a slightly shallower pack than what we have been finding in Turnagain Pass, but none of the concerning weak layers folks have been seeing around Summit Lake. We found the 1/25 fog crust down 1-2', the New Year's crust buried 3-4', and the Halloween crust 5-6'. Any facets that had formed around the crusts were rounded, and we did not get any propagating stability tests. More test results and pit details in attached photos.

Almost all of the recent avalanche activity we saw was confined to the upper 1-2' or so of the snowpack, with the exception of a few places where the avalanche gouged down to the ground. These were in steep and rocky terrain, and did not appear to be a result of a deep weak layer propagating.

The one factor that is somewhat alarming is just how wide the avalanches had propagated. Based on what we found in the pits, there is nothing to indicate a persistent weak layer is at play, but these were quite wide for wind slab avalanches. 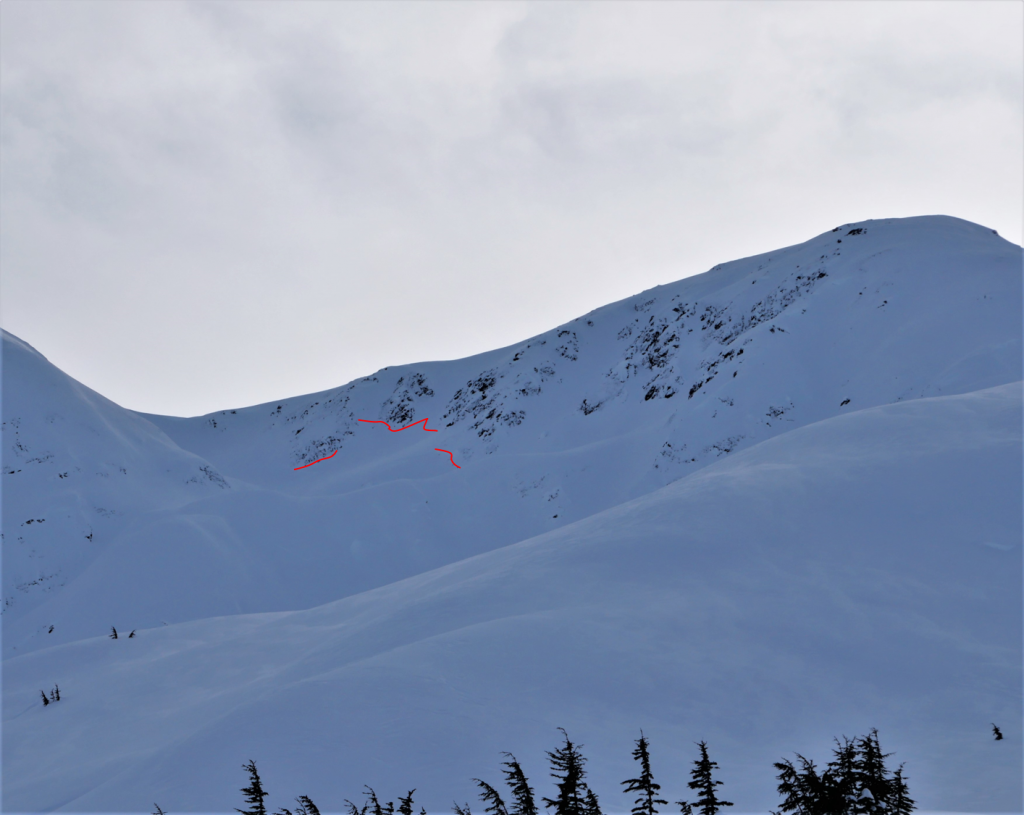 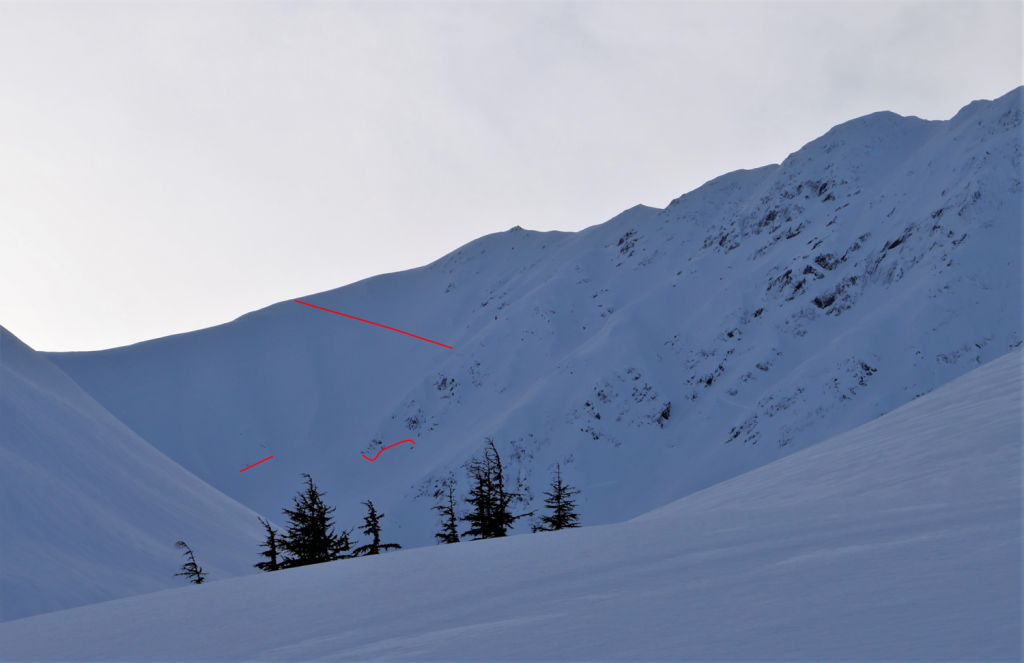 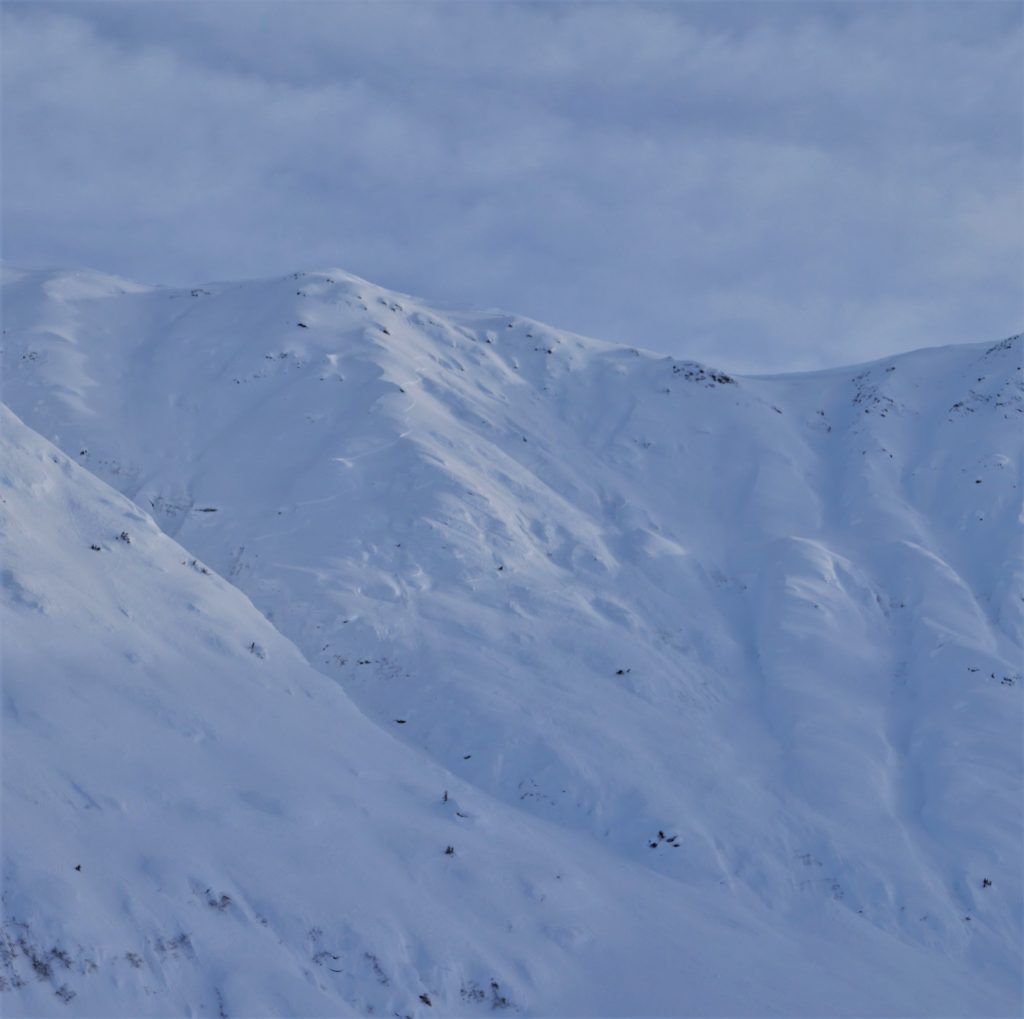 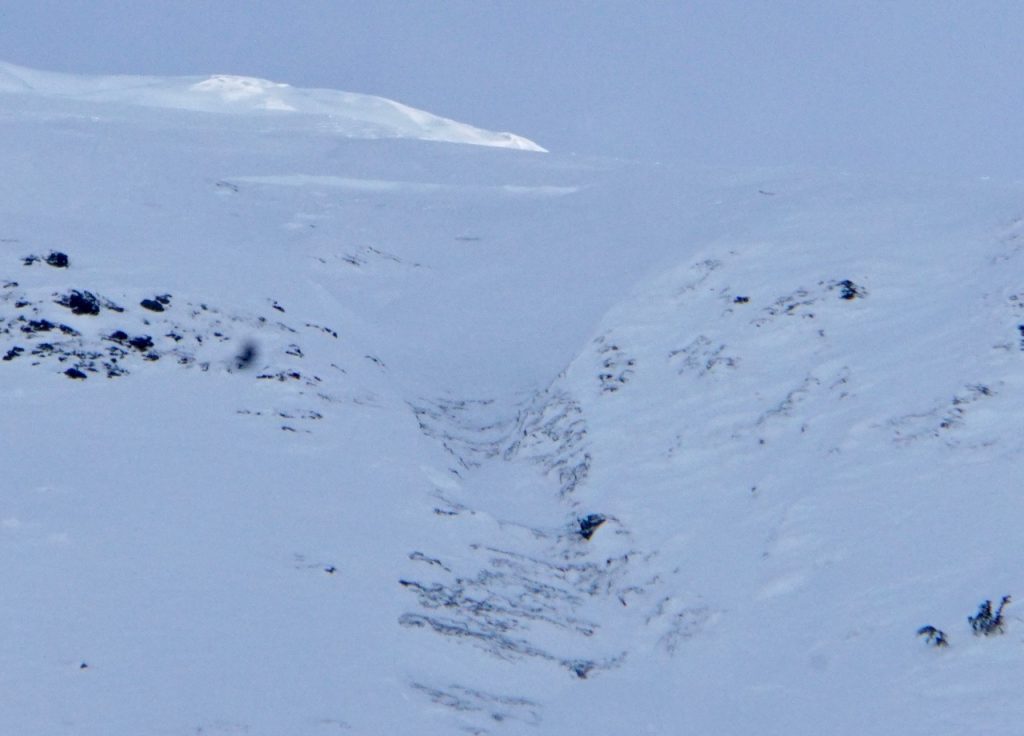 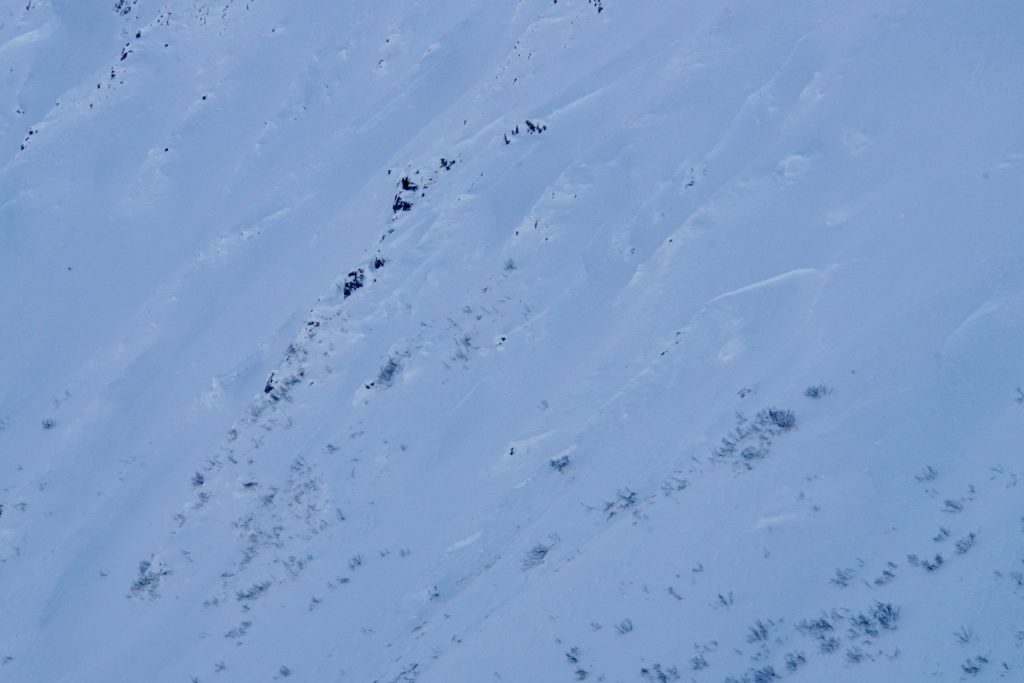 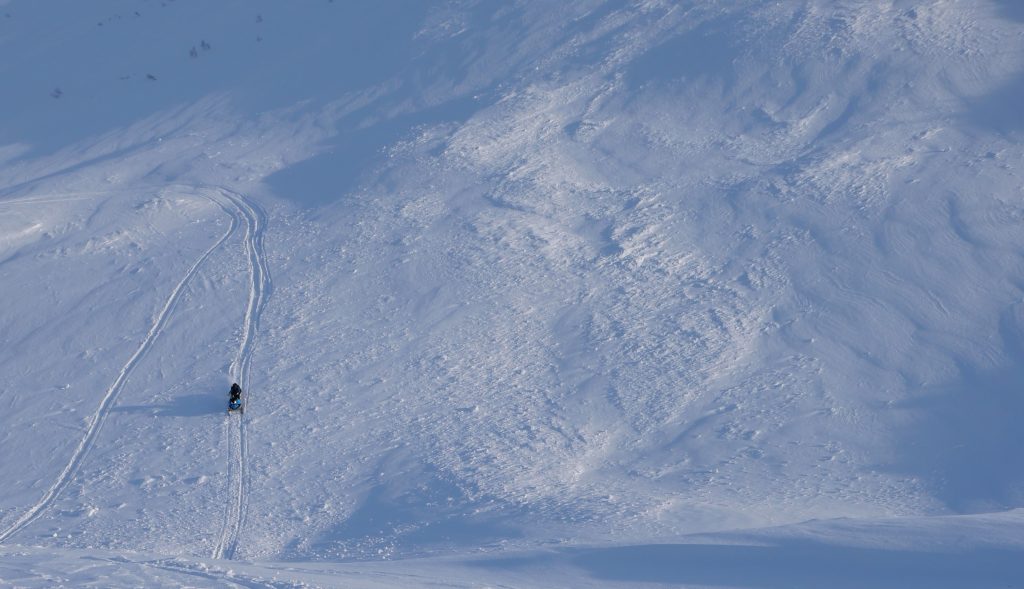 Allen riding down the debris pile of yet another recent avalanche. 02.10.2022 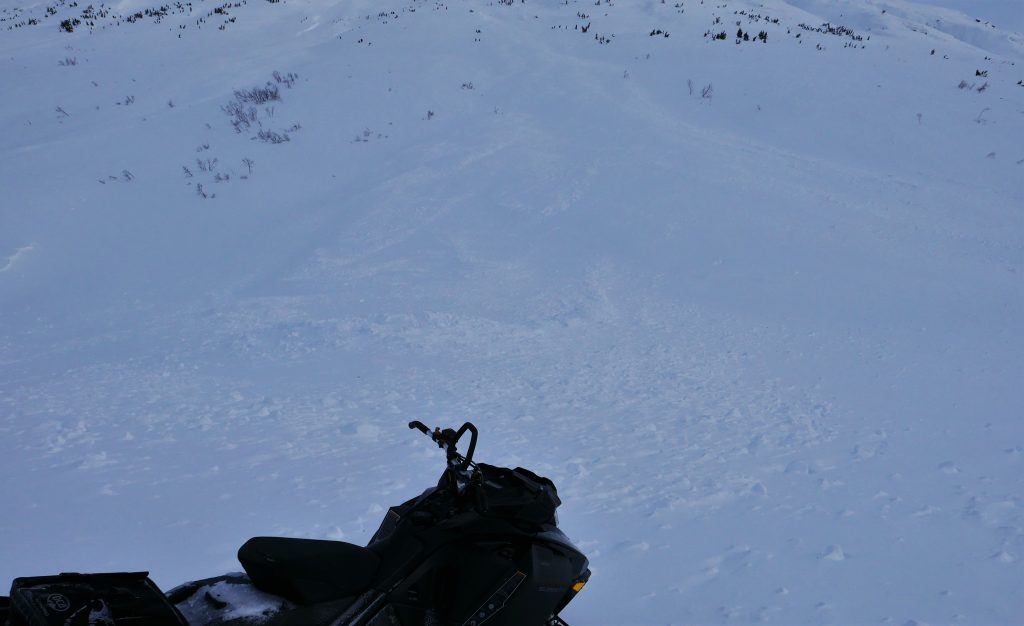 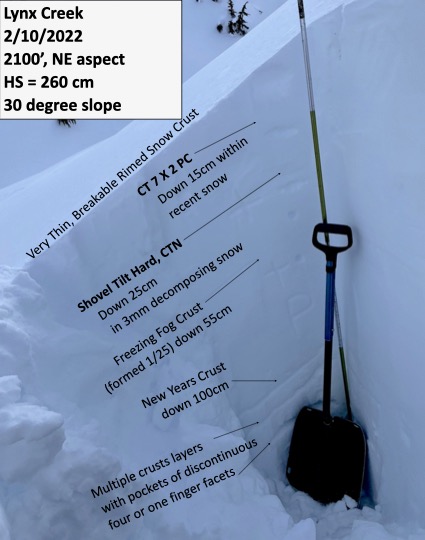 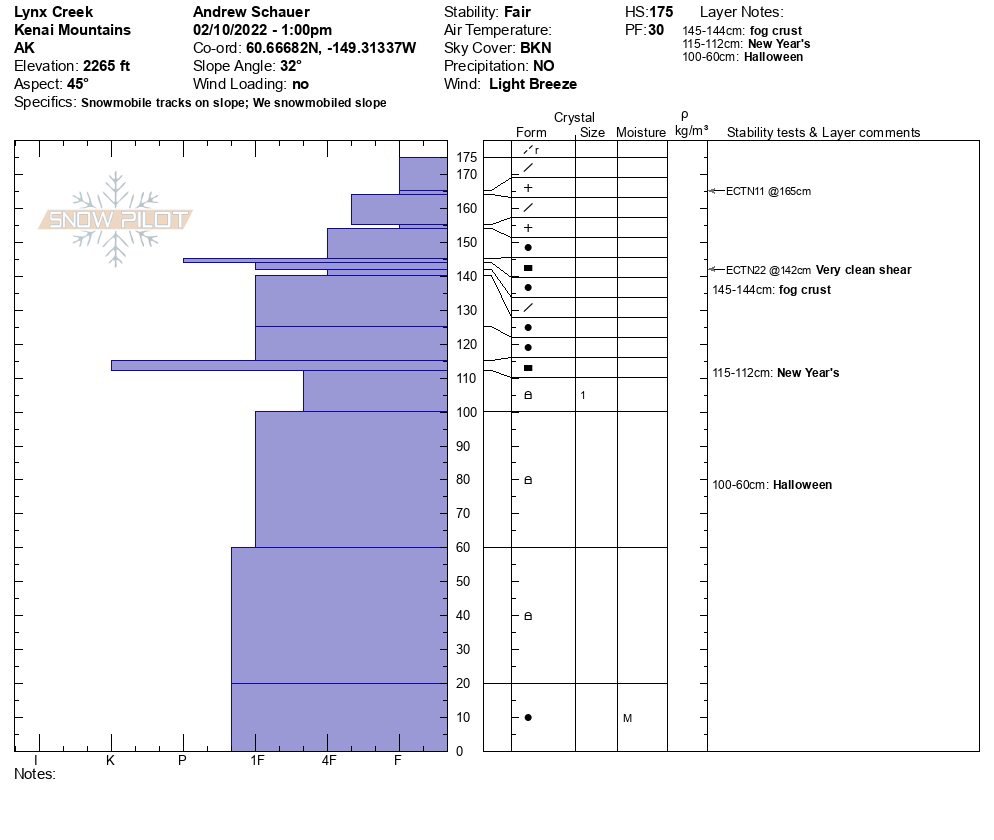 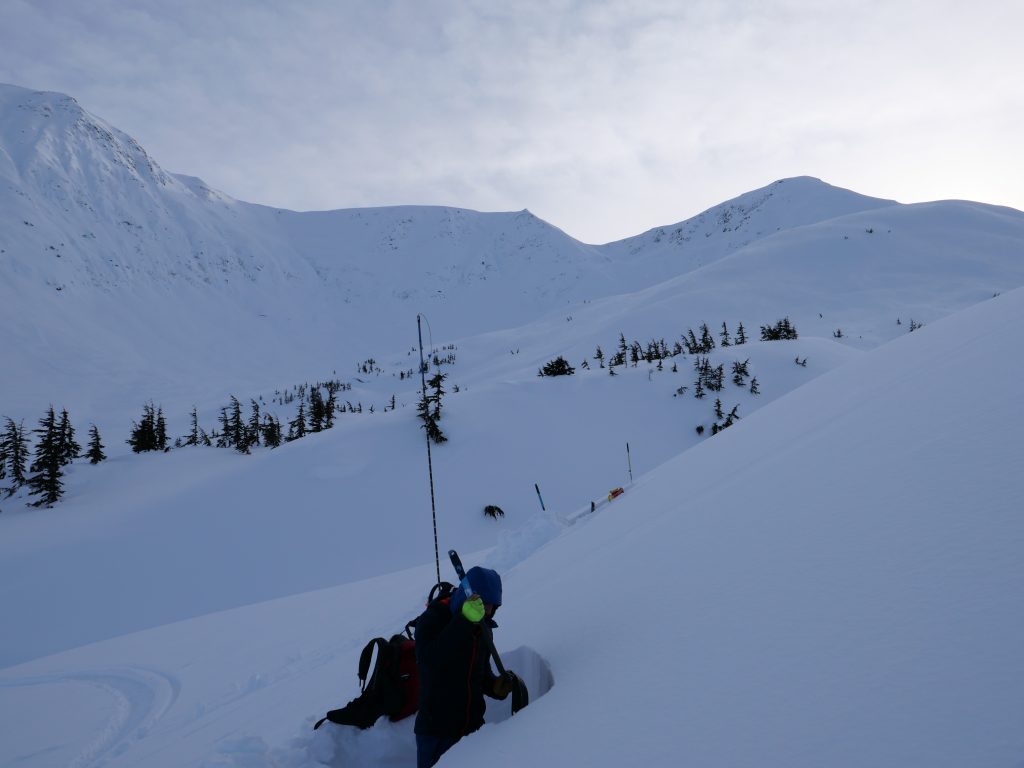 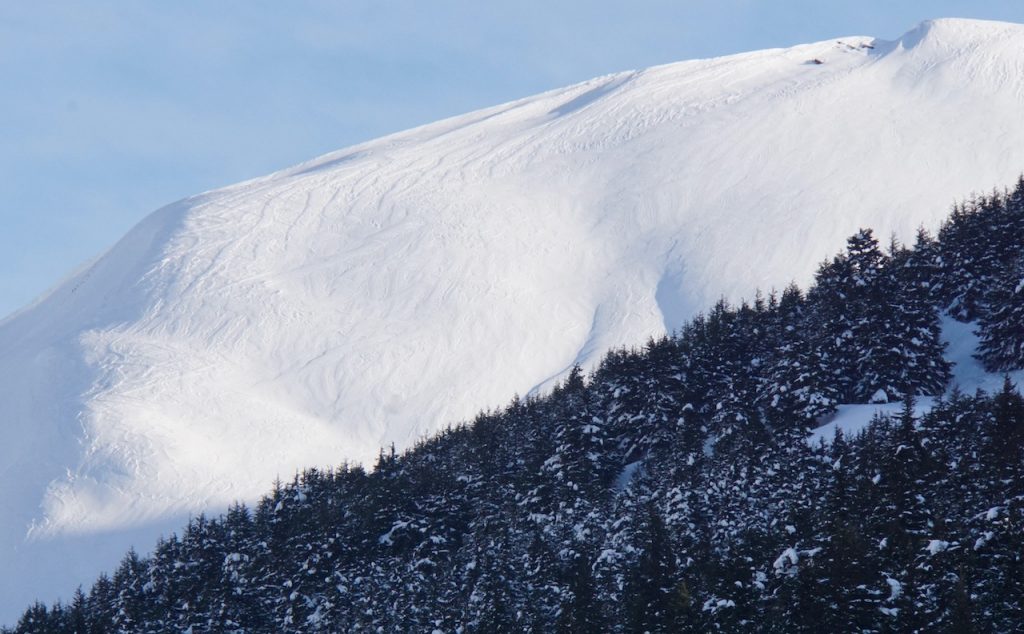 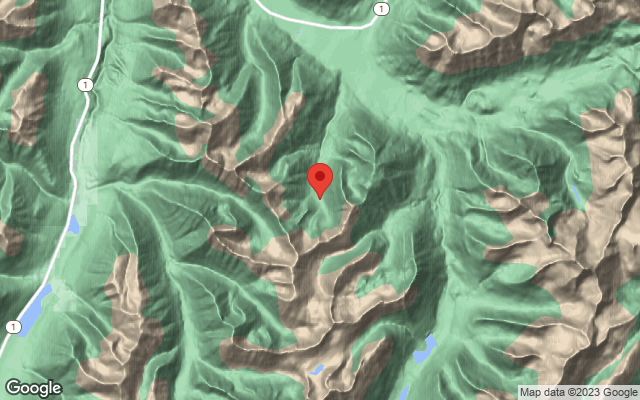