We rode into Lynx Creek to get eyes on the snowpack for the first time this season. We found a generally shallower snowpack than the north end of Turnagain Pass, which is consistent with observations from Pete’s, Cornbiscuit, and Magnum. Total snow depth was about 165 cm at 1300′ and just over 2 meters at 2000′ elevation. We found the same poor snowpack structure that we have been seeing throughout the area, with a layer of weak sugary facets 2.5′ – 3′ deep in the snowpack, sitting on top of a crust and capped by a firm slab of snow. There was about a foot of soft snow on the surface. We were able to get some photos of the recent glide avalanche on the west side of the drainage on our way in. The glide avalanche pulled out a slab avalanche just above the alders, which propagated maybe 300′ wide and looked to be about 2′ deep. Our best guess was the avalanche failed on our problem facet layer above the Halloween crust.

Poor structure and a generally thinner snowpack kept us playing in the low-angle terrain near treeline.

Glide avalanche released naturally 2-3 days ago. The bed surface was dusted with light snow from the past 2 days. The avalanche also triggered a persistent slab avalanche on its way down, which looked to be about 2' deep and failed on the facets above the Halloween crust.

We also saw a few older avalanches that looked to have failed on the Halloween facets during the last widespread natural cycle on 12/9.

Cloudy in the morning with improving visibility throughout the day. Winds were calm and temperatures were in the high teens to low 20's.

About a foot of soft snow on the surface. Plenty of signs of wind scouring and loading at upper elevations, but we stayed down in an area that had been sheltered from recent winds.

We stopped at 1340' to probe around, and then again at 2000' to dig a pit. The snow structure is very similar to what we've been seeing elsewhere, with a weak layer of facets sitting on top of a crust about 3' deep. Snow depth was very close to the pits we've recently dug on Cornbiscuit and Magnum. Details below: 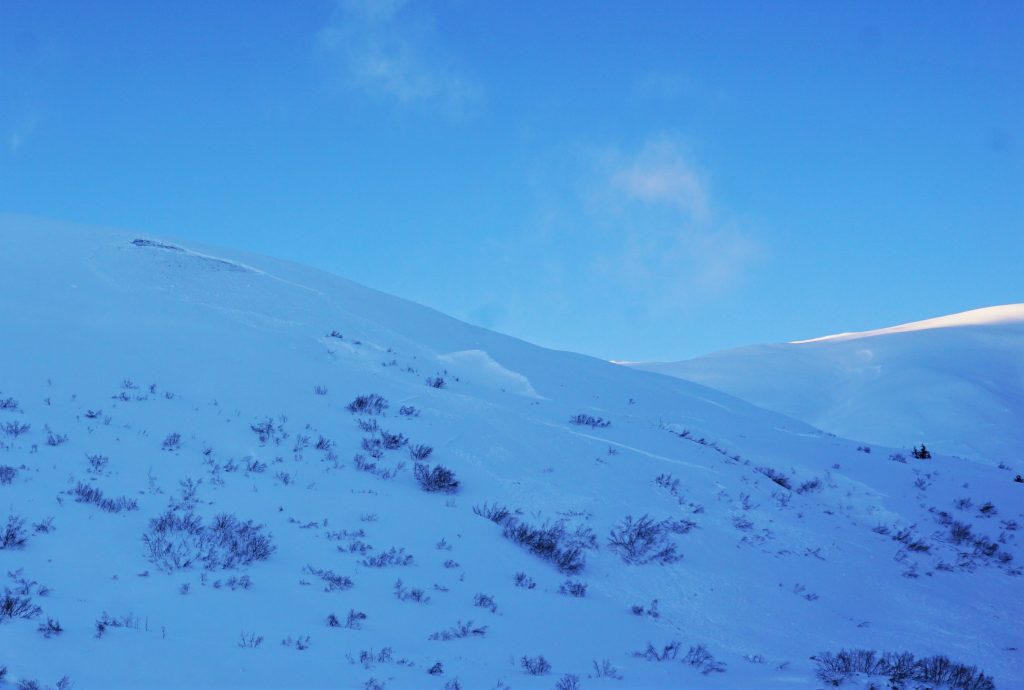 Glide avalanche from maybe 2 days ago, which triggered a slab avalanche on the Halloween facets on its way down. 12.18.2021 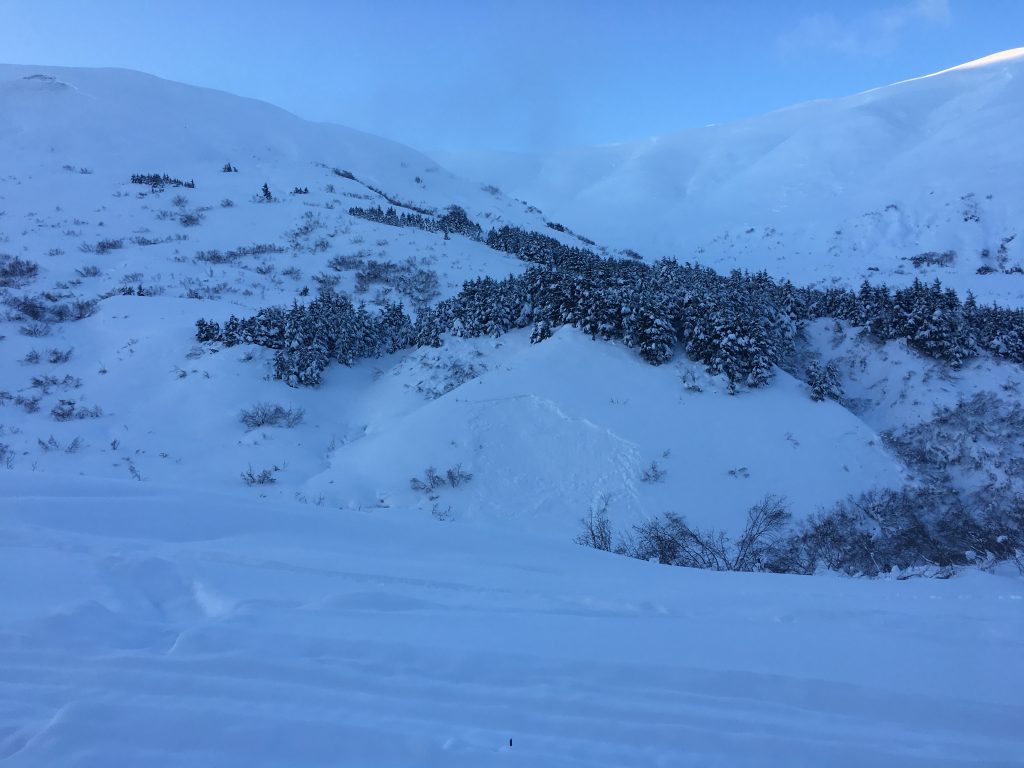 Smaller but deep slab that released some time during the 12/9 storm. Estimated 150' wide and 3' deep. 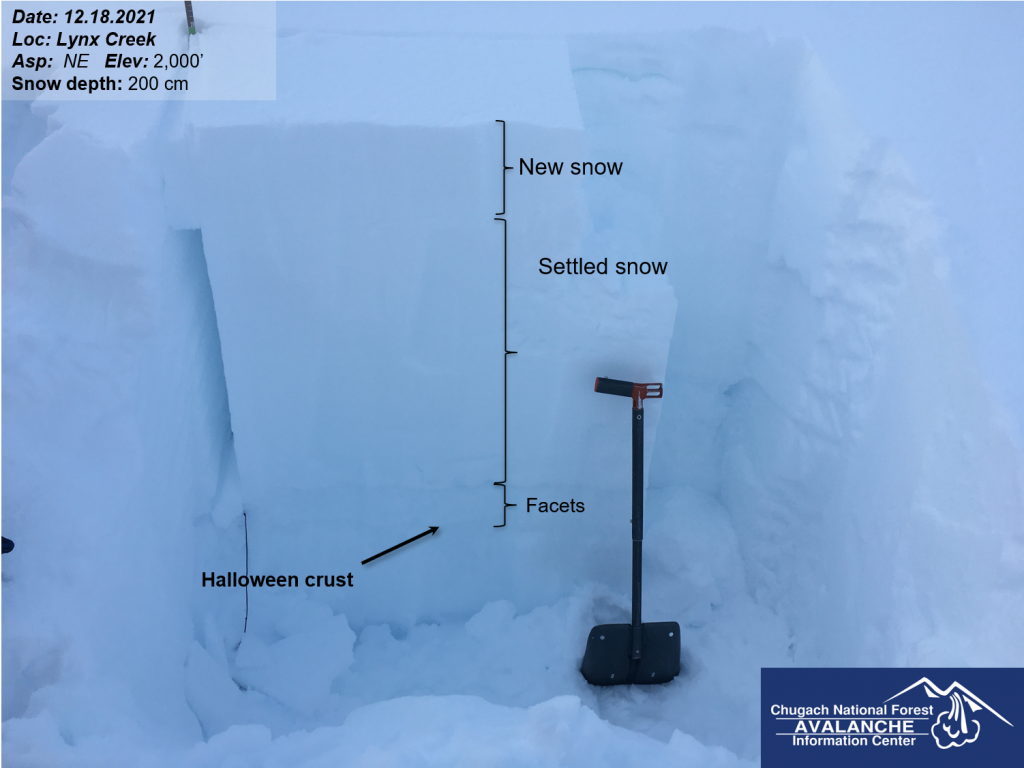 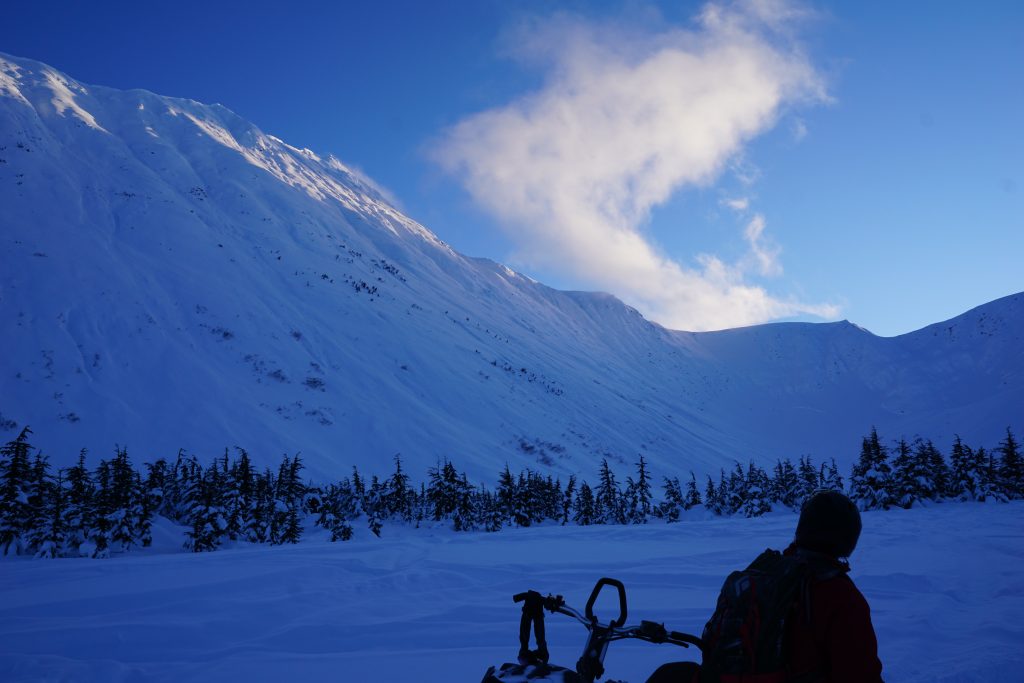 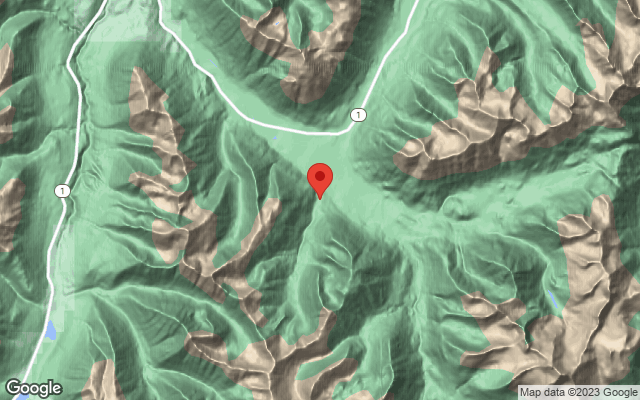