Signs of Instability:
Recent Avalanches: None. We did observe wet loose activity that pulled out shallow slabs on south
facing slopes. All appeared to be several days old.
Cracking: None observed
Collapsing: None observed

Surface Conditions:
Consistent, breakable melt-freeze crust observed to ridge tops. We could not escape the crust today,
though it was softening up later in the day at lower elevations.

Snowpack Observations:
We dug a quick pit at 3400’, NE aspect. HS was 110-150cm.
Several different crust/ facet combos in the upper 1/3 of the snowpack (see photo), above Jan/Feb.
interface.
Advanced facets at the Jan/ Feb interface observed. Extended column test did not give us an exciting
result (ECTN) though a ninja kick to the column with my heel eventually produced a shear at the Jan/
Feb interface without propagating.

All in all it was a beautiful day to be had in the mountains. If you can beat your way above the alder,
one can travel quite fast and far on the crust right now. 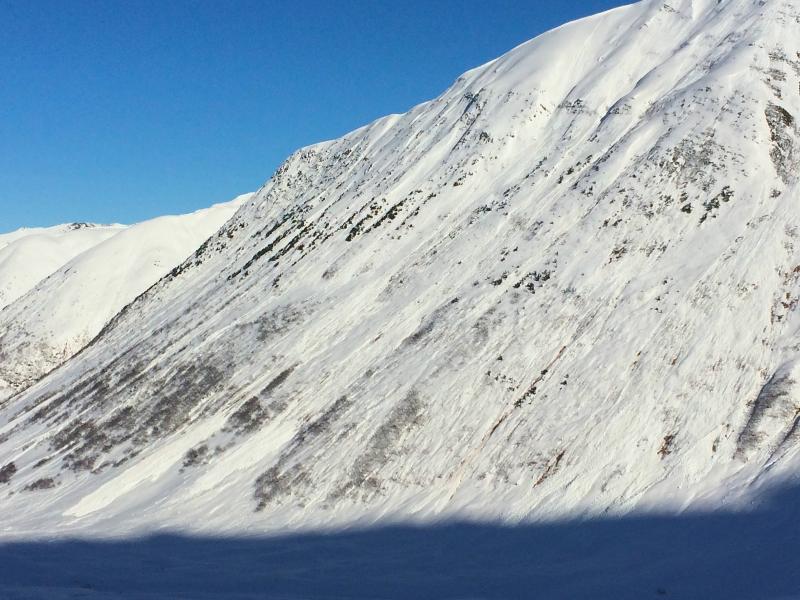 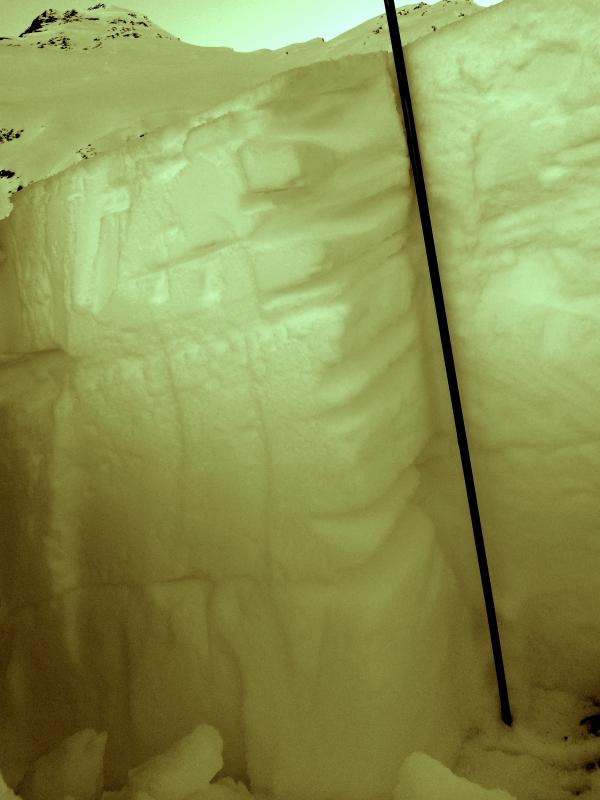 Several crust/ facet combos in the upper half of the snowpack. 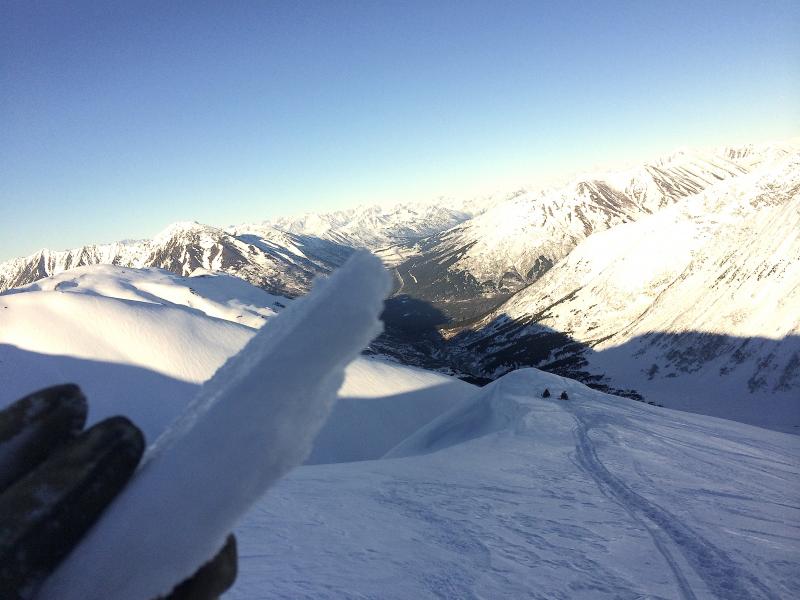 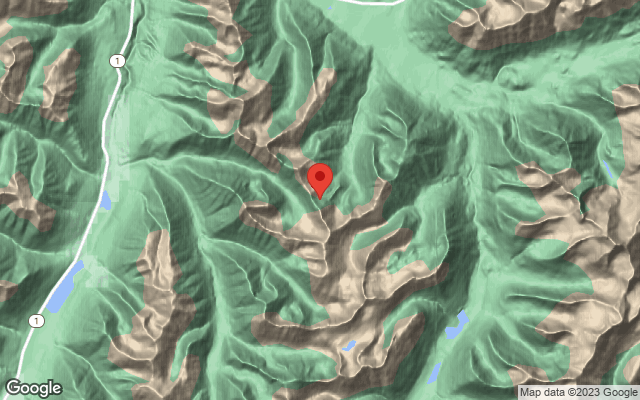