Rode into the Lynx creek drainage with a high point of 3,500′.

COLD! -20F at the parking lot. Temps warmed with elevation and were around 0F at 3,000' or so.
Calm winds and clear skies.

Surface hoar was seen up to 2,000'. Did not note any at the higher elevations.
Wind effect was prevalent above 3,000' and especially along ridgelines. We found wind crusts (up to 4" thick) in exposed areas at the higher elevations. The last winds to hit this area were likely from Monday 1/13.
Areas out of the wind effect and most areas below 3,000' sported very soft faceted snow and good riding conditions.

We dug one pit at 3,000' on a W aspect. Snow depth was 145cm, around 5 feet.
No failures occurred in stability tests.
We did find the pack riddled with weak faceted snow. A problem for the future...
The New Year's Crust sits about 6-8" below the surface at elevations below 2,200-2,500'. This crust was degrading and very breakable.

Three to four glide cracks were seen in the headwall area just under the cliffs. See photo below of the largest one we found. 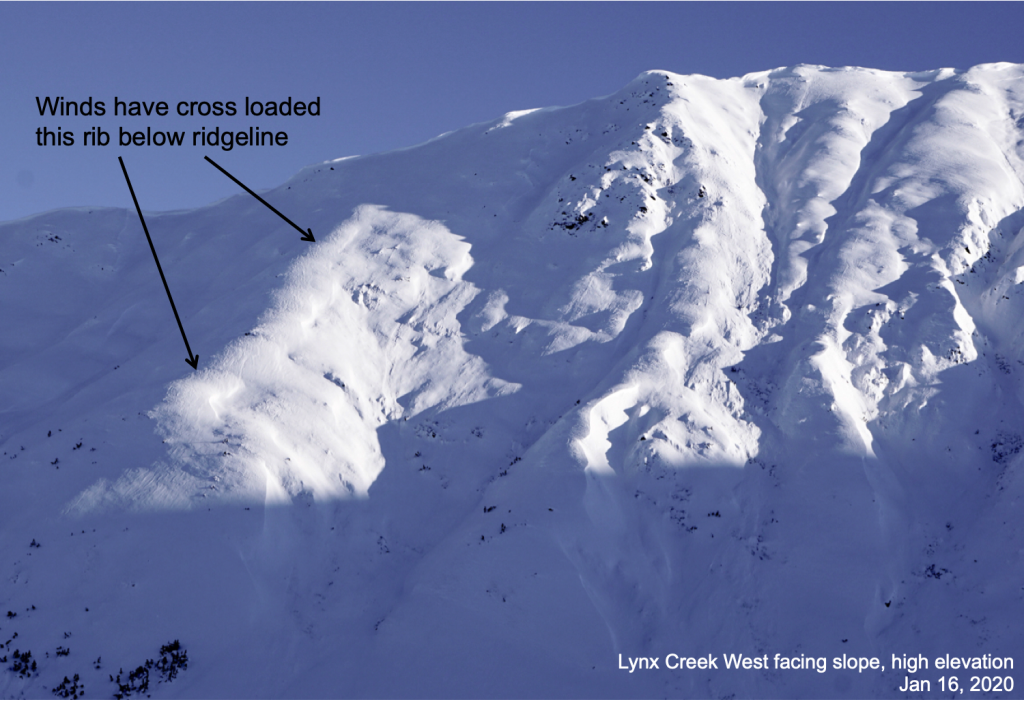 Cross loaded rib seen on the west facing terrain. Areas like this are the most suspect for triggering a wind slab. 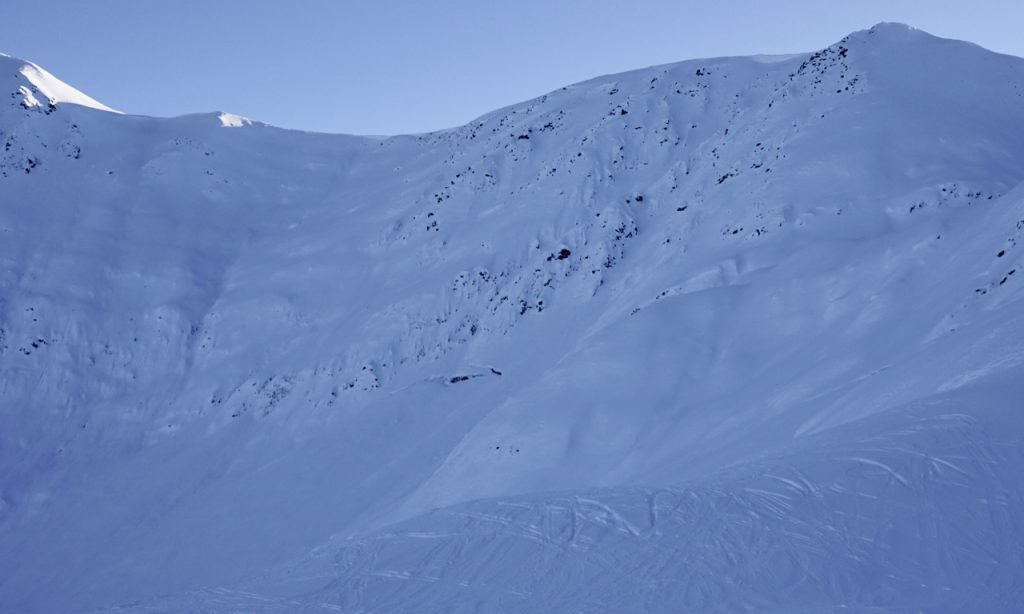 Glide crack under cliffs near the headwall 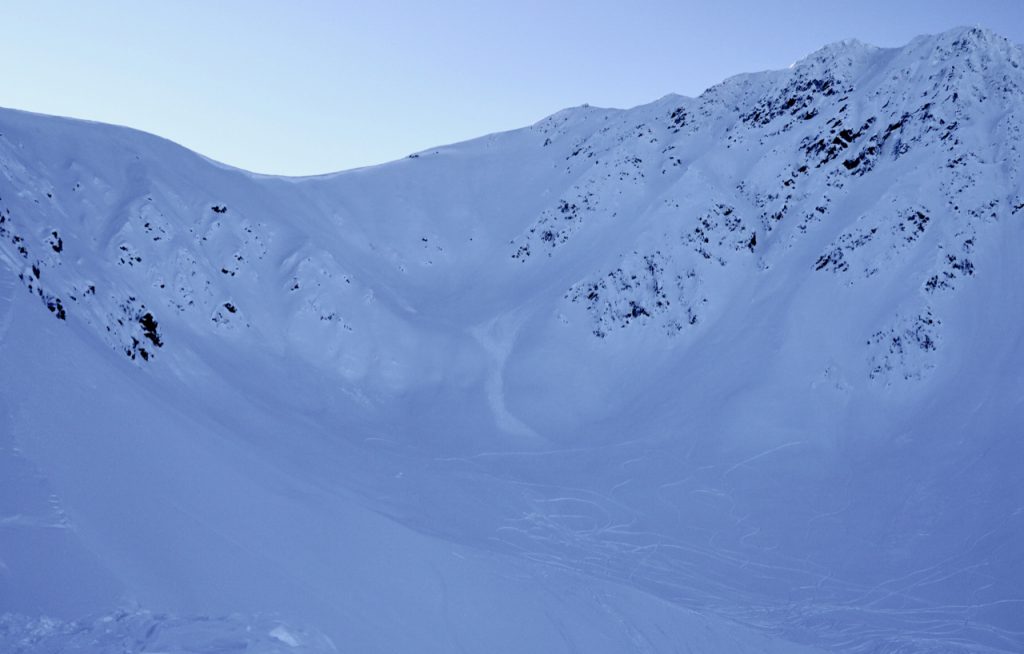 Looking up at the true headwall area. Debris can be seen coming out of the chute out of view to the looker's right. No tracks could be seen, so suspected to be an older natural avalanche. 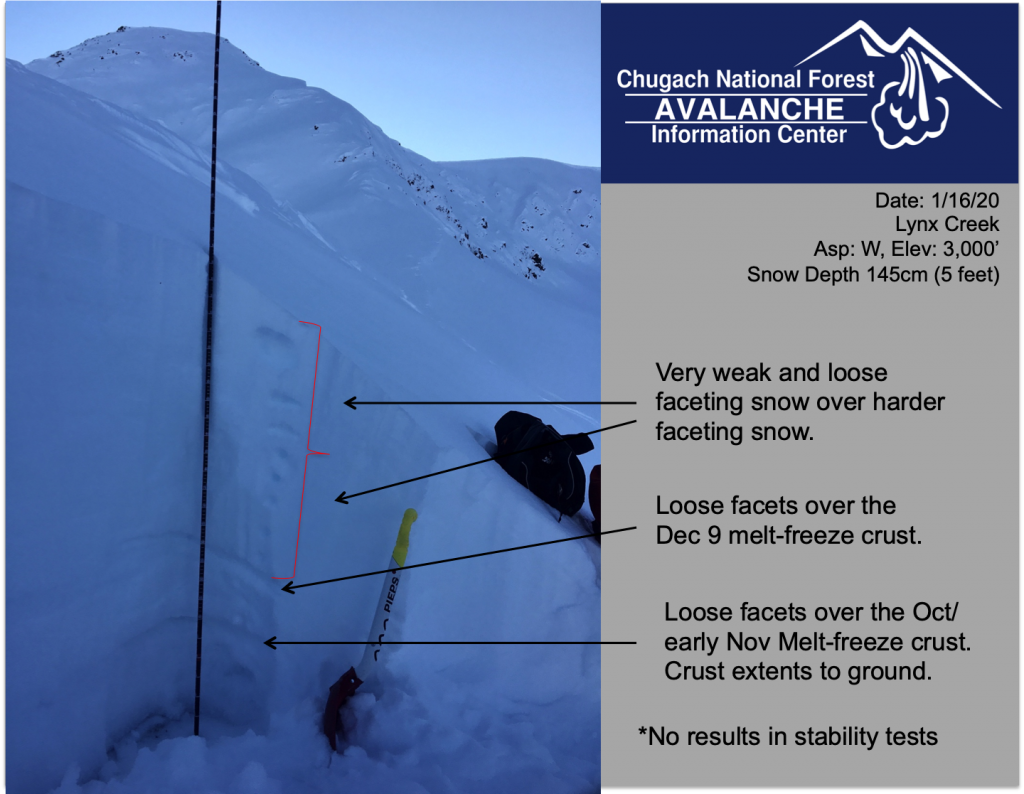 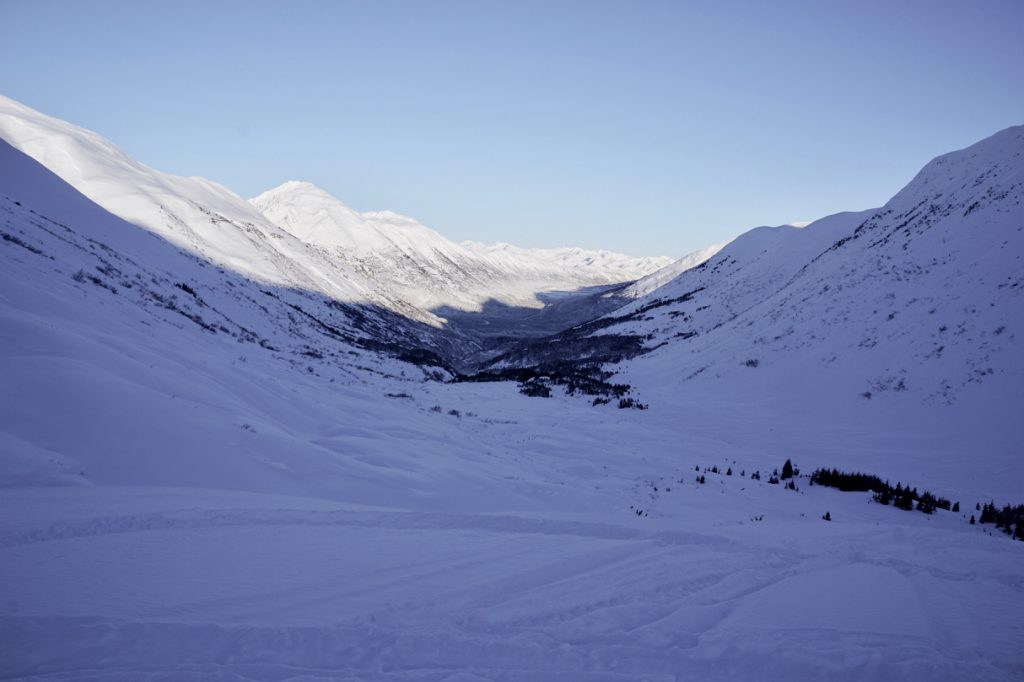 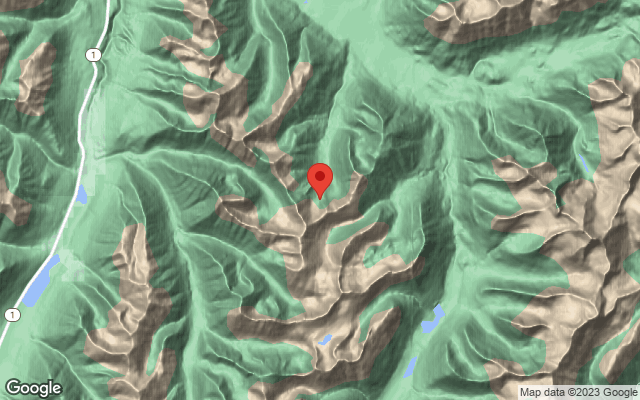