We had ventured up to investigate the failure layer on a previous natural.
After arriving at the crown and looking around I did a stomp on a piece of
previously cracked flank, this triggered a large collapse and subsequent
cracking but no avalanche. After discussing the plan and deciding we didn’t
like it with both exposed, Wendy moved to a safer location, while I tried to
make my way thru and above the crown face. After moving some blocks I was able
to get my skis into untouched snow and immediately initiated another collapse, I
looked up to see cracks propagating in both directions for 75 feet or so.
Realizing I was caught, I tried initially to move up the bed surface through the
slab but was unable. I then realized I couldn’t escape so focused on keeping my
skis under me and my head up hill. I made a decision to aim for a small fir
below rather than take chances with a deep burial on the bench below. Just
about the time I expected the thing to really start moving it stopped. This
slope is only 35 degrees and very short. It would have only taken an additional
degree or two of steepness to make the outcome less favorable. Lesson learned,
the current deep slab is both highly unmanageable and hard to predict. After
multiple collapses on or near a previous natural avalanche, I let my guard down
a touch and almost got bit, these weak layers demand careful attention and respect. 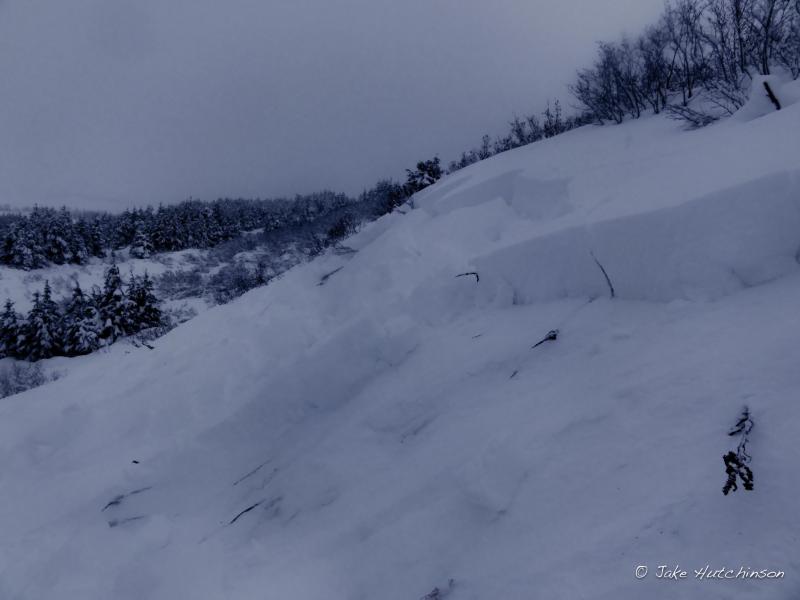 Crown from unintentional but not unexpected avalanche. Crown depth was 24-30", 175ft wide and only running ~50ft due to small terrain. 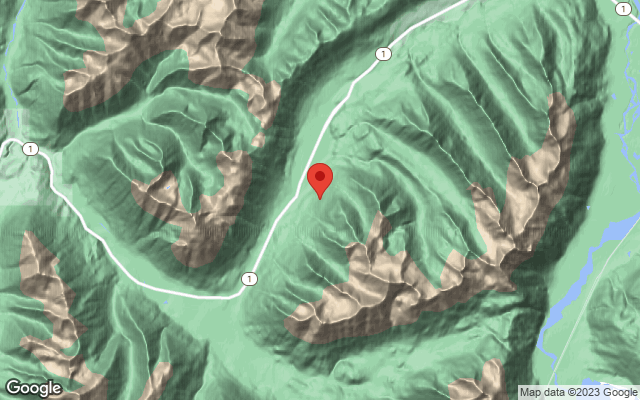