Toured a short way up towards Goat before turning around. The combination of thin coverage and breakable crust seemed like a knee injury waiting to happen. Surface crust ranged from a few mm to 2 cm thick, and the snow below the crust was dry and just barely starting to facet. We saw some isolated pockets of surface hoar on top of the crust near the bottom of the valley, but those seemed to be the exception rather than the rule.

We saw avalanche debris from the warm up event on Magpie (photo attached). It looked like two avalanches in the D2 range, most likely 2-3 days old.

Some high altitude clouds, which were thin enough to keep it feeling mostly sunny. Cloud cover increasing through the day. Winds were calm, but we only went up to about 1700 ft before turning around.

Breakable crust, ranging from a few mm to 2-3 cm thick. Some spots were just barely supportable. A few isolated pockets of surface hoar.

The snow below the crust was dry and just starting to facet. Looking at it under the lens, I could see some corners on some of the grains, but they were still mostly rounded. This was in an area which would have seen some wind prior to the warmup, but was still tucked down in the alders so it probably had not gotten hit quite as hard as the terrain above. 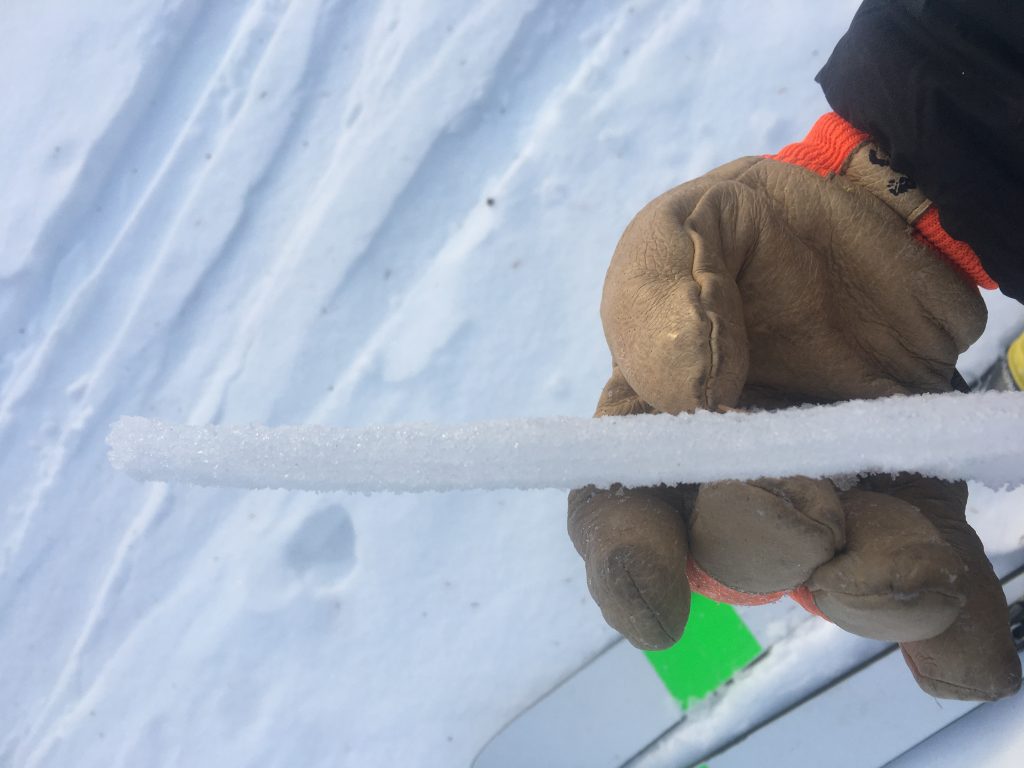 Breakable crust everywhere! This thickness was just about average for what we saw. 12.30.2021 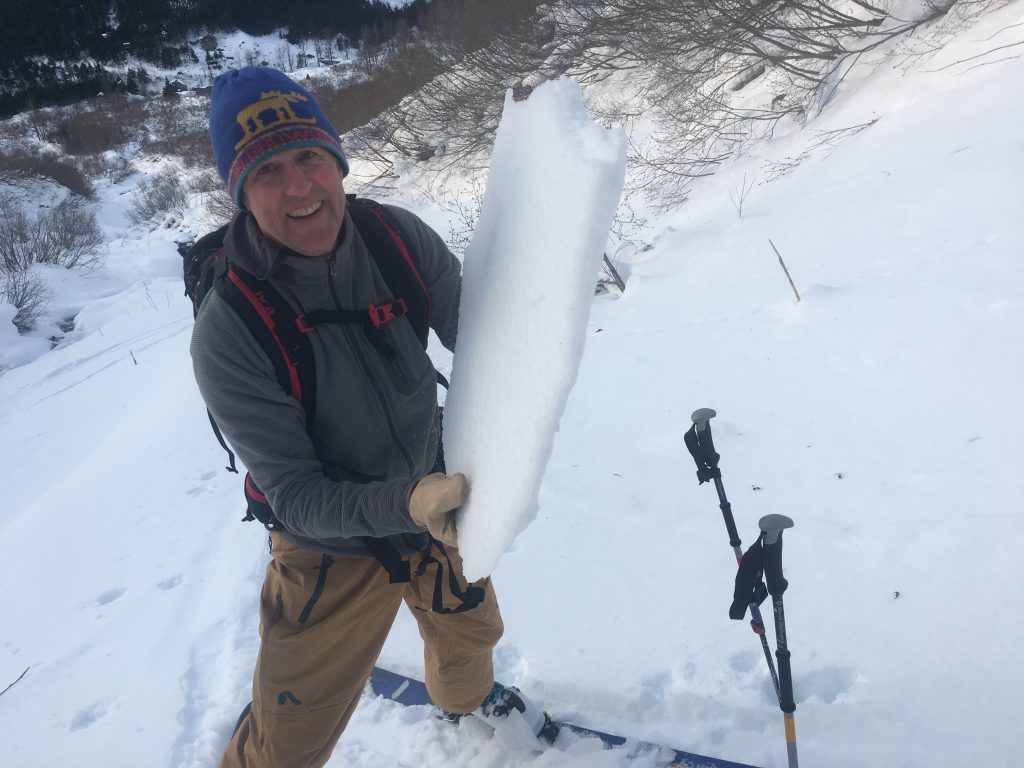 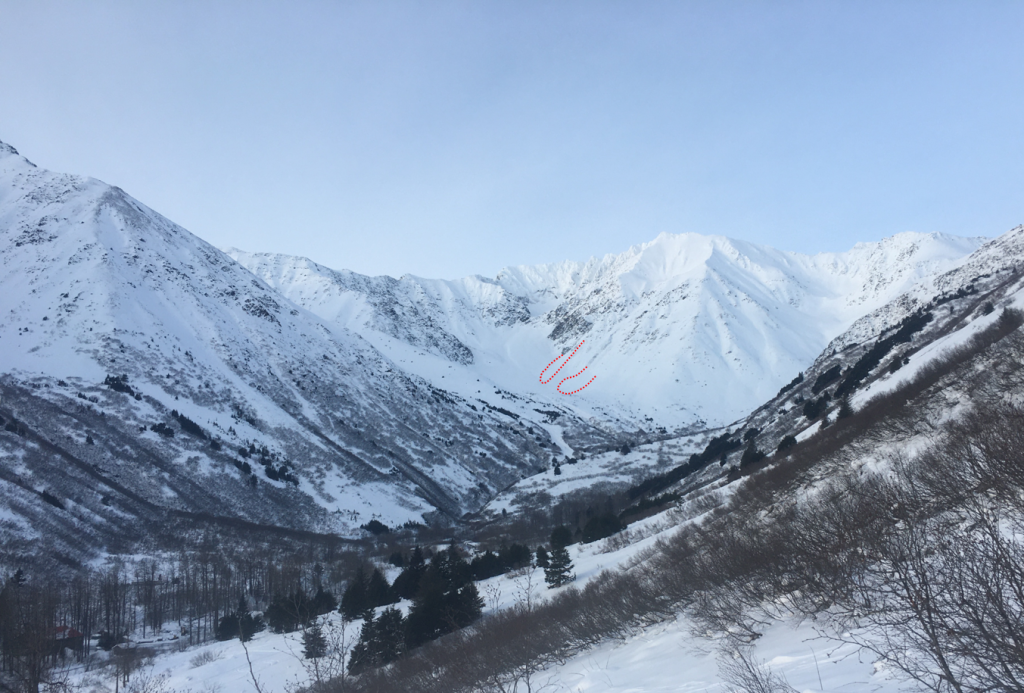