Overcast to obscured skies. Moderate winds gusting to strong at ~3500'. Temperatures in the mid 20s Farenheit. No precipitation.

Windward slopes (S, SE, E) generally scoured down to old snow or melt freeze crust or still covered by 1" of snow. Leeward (W, N, NE) slopes were wind pillowed in many locations and had wind slabs 2" to 18" thick.

Lower Eldorado Bowl test slope: Any leeward test slopes >25 degrees we tried to investigate to dig on would avalanche or produce shooting cracks. Dug on a NE aspect above the crown of the 100' wide avalanche. Did not see any buried surface hoar, but noted the CNY drizzle crust in some pits. The snowpack was generally right side up with the exception of a thin 2-3" wind slab on top (this slab was much thicker below our pits where it had avalanched). Snowpits tests were unremarkable as there was not enough of a slab to produce propagation or failures in weak layer. 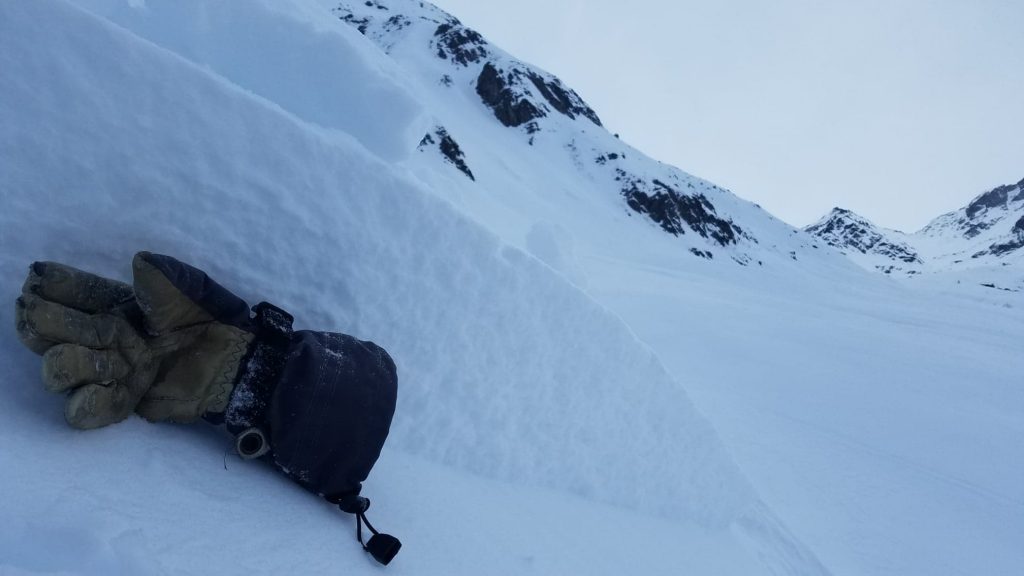 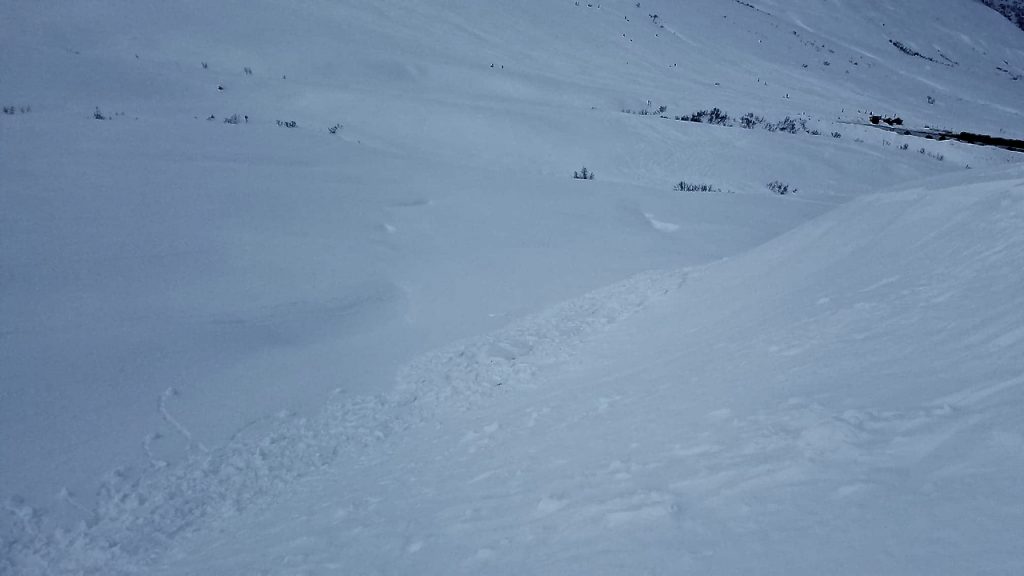