A group of 4 experienced skiers and 2 dogs had been skiing laps on Tincan since the morning.
At approximately 2:45pm, the group skied down the windblown ridge,
commonly called CFR, to the lower face where fall line transitions from a southwest to a west
aspect. As the 4 were scoping the steeper slope below, one dog ran down the slope. The
skiers felt the slope collapse and the avalanche initiated. The people were at the very top of
the slab and scrambled to avoid being taken down themselves, but were not caught.
They watched the dog in the flowing debris until it went out of sight in a powder cloud.

The group had good visibility of the runout and confirmed that no other people were caught
in the avalanche. They yelled to others nearby to relay that all people were safe and
accounted for, but the dog was missing.

The skiers performed a visual search of the debris to see if the dog was visible, with nothing
found. At this point others from the area came over to offer help. Spot probing was initiated
in terrain transition areas (convexities and benches) where debris had collected into deeper
pockets. Witnesses pointed out the dog’s fall line trajectory (roughly center of the slide path)
and the search was focused in that area. About 12 people helped search with spot probing
and a course probe line. No probe strikes were detected. The search was abandoned at
4:25pm as darkness approached. Debris averaged 4-5 feet deep, with pockets that were over 9 feet deep.

The most recent storm was Dec 31st/Jan 1st, when nearly an inch of SWE fell at the Center
Ridge snotel site with 9 inches of recorded snow. Strong wind, exceeding 90mph was recorded at Sunburst during this storm. This storm produced an active avalanche cycle, including large naturals and explosive triggered slides. January 2nd and 3rd brought calm weather with little wind, mostly cloudy skies, and temperatures in the mid 20s.

The snowpack consisted of several known weak interfaces. The layers near the ground were
weak and loose faceted grains with little strength. In the mid pack a freezing rain crust from
early December had been the most significant problem layer in the days leading into January
3rd. Test pit scores indicated moderate to high strength, but a tendency to propagate –
either on top of or below the crust layer. Frequent collapsing was reported by skiers,
including on the day of this event. Average snow depth in the area was less than 3 feet from
an unusually dry early winter.

On January 2nd, the day before this event, a group remotely triggered several avalanches on
the upper Tincan mountain. These slides were highly visible to anyone who toured to the top
of Tincan common on Jan 3rd. Avalanche danger according to the CNFAIC was
Moderate above treeline on January 2nd and 3rd, although in hindsight given the number of
reported avalanches, the danger should have been listed as Considerable. Skier
triggered avalanches were reported on Eddies, Sunburst, and Tenderfoot. A snowmachiner
reported seeing a large avalanche in Bowl 2 on Seattle ridge with unknown trigger. All of
these events showed a tendency for remote triggers and propagation across significant
distances.

What likely happened was a collapse at the early December crust interface. The trigger may
have been the 4 skiers near the ridge crest, the dog on the slope, or a combination. That
collapse propagated across the steep slope, initiating the avalanche. As the slab fell it
stripped the weaker and deeper layers, in some places all the way to the ground.

Looking into the future, this persistent slab problem will not heal quickly. This is a shallow
snowpack, continental type problem where stability will remain poor for days or weeks
following storm events. 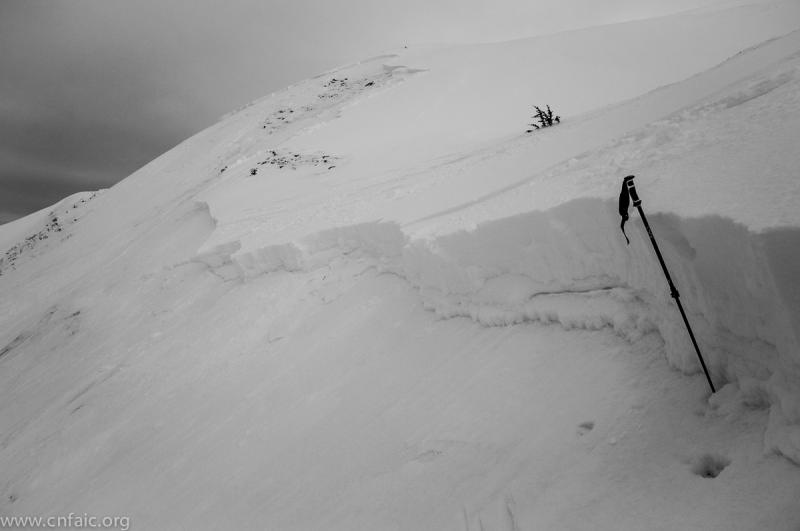 Crown face at the skier's left side of the avalanche 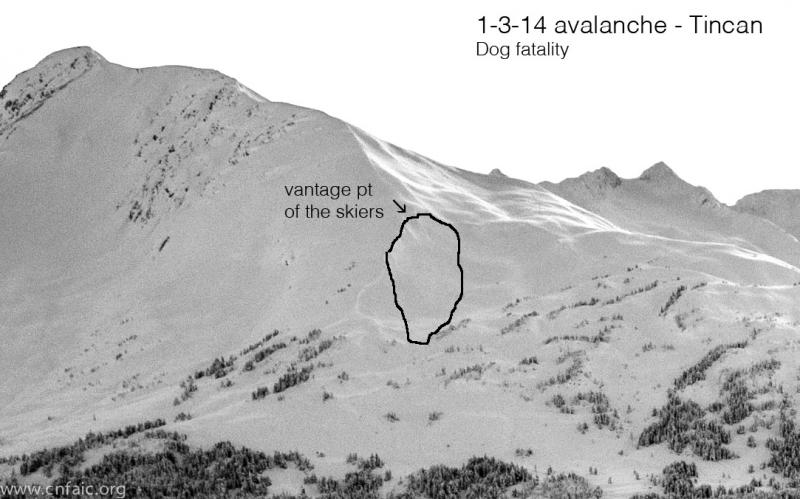 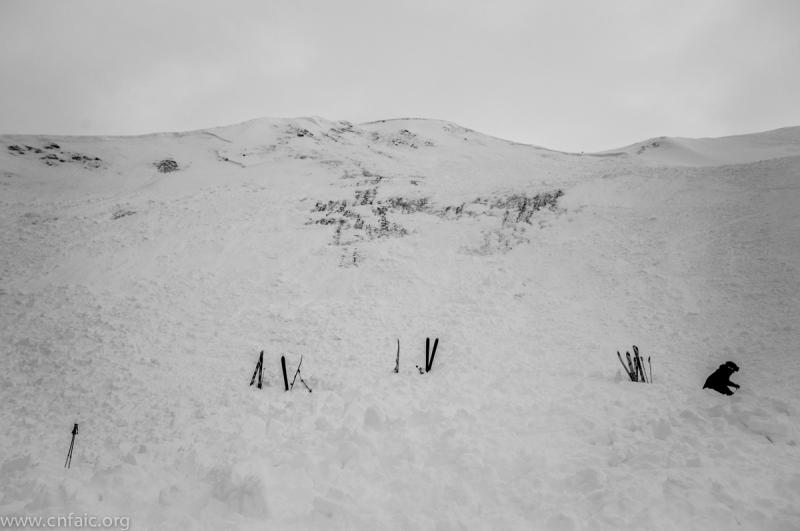 Debris, looking uphill to the crown 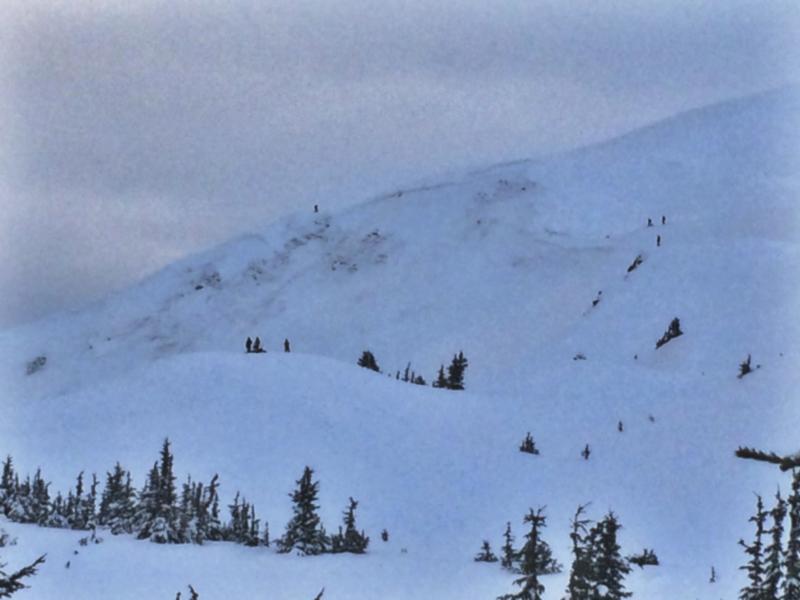 View from the standard skin track 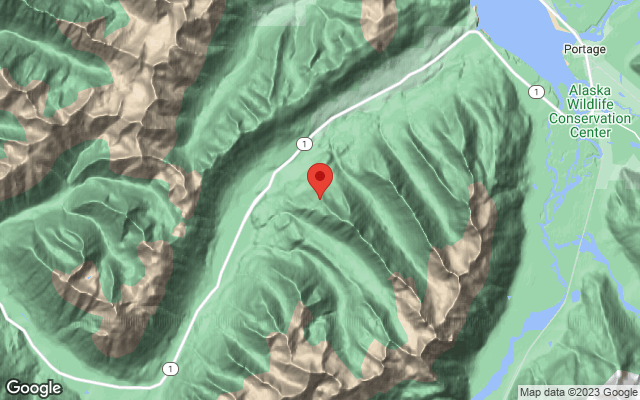