Standard route to Taylor Pass and traversed to Pastoral to investigate a remote triggered avalanche from yesterday (12/20/17.) The avalanche was reported by a party of two who were traveling along the standard up-route to Pastoral Glacier below the NW face of Pastoral on 12/20/17. At about 11:30am they heard a loud explosion and saw the slope above them avalanche. They turned around and retreated and were able to get out of its path before the debris covered their tracks. One person lost a ski while turning around and then clicked out of second ski and ran. Both skis were covered by debris. Both people were able to get to a safe spot and were not caught. Check out several observations from yesterday(12/20) from the party involved and others in the area. Today we followed their route and investigated the snowpack structure near where the avalanche was triggered. Details and photos below.

Easterly winds transporting snow at Taylor Pass and along ridge lines. Localized cracking in wind pillowed snow.
Very large avalanche occurred yestserday on Pastoral that was triggered remotely from below the NW face and sympathetically triggered a second smaller avalanche. No one was caught or injured.

Our snowpack observations were targeting 3 questions in the area of the deep slab avalanche on Pastoral on 12/20/17:

1) What is the snowpack structure like at elevations above 3000'?
a) General depth and distribution of snow near Pastoral.
b) How many rain / melt-freeze crusts are there and how thick are they?
c) Moisture content of snowpack in this elevation band.
2) Distribution and character of the Thanksgiving Facets (and other crust / facet combinations), and stability test reactivity.
3) What areas are harboring a deep snowpack that have not slid yet?

We found an extremely spatially variable snowpack on the Pastoral glacier, with depths ranging from as low as 10 cm, to wind deposited areas deeper than 280 cm. At 3300' we began probing over a broad area to detect the distribution of crusts and weak layers. At 3300' we could detect two prominent crusts, though they were not exceedingly hard, and below them an extremely hollow weak layer at the base of the snowpack. (We were able to effectively drop our probe through the bottom 10cm of the snowpack with no resistance consistently.)

We followed the tracks of the party that remote triggered the deep slab avalanche to near the location where they triggered the slide and dug a pit at 3725' on a North aspect, 30 degree slope. The depth of snow was 120 cm. We found 2 thin melt/freeze crusts in the bottom 35 cm of the snowpack. We got consistent high-energy propagation on 2mm basal facets (ECTP16, ECTP21) resting on the ground below the lower melt/freeze crust. The Facets in this location were much drier than in other pits dug recently at upper elevations.

The main area of note that has not slid in any storm cycle yet are the "weather station runs" on Sunburst. Otherwise old debris from the December storm cycles was visible along the rest of Sunburst's S. slopes and Basketball Chute on Magnum's North side. 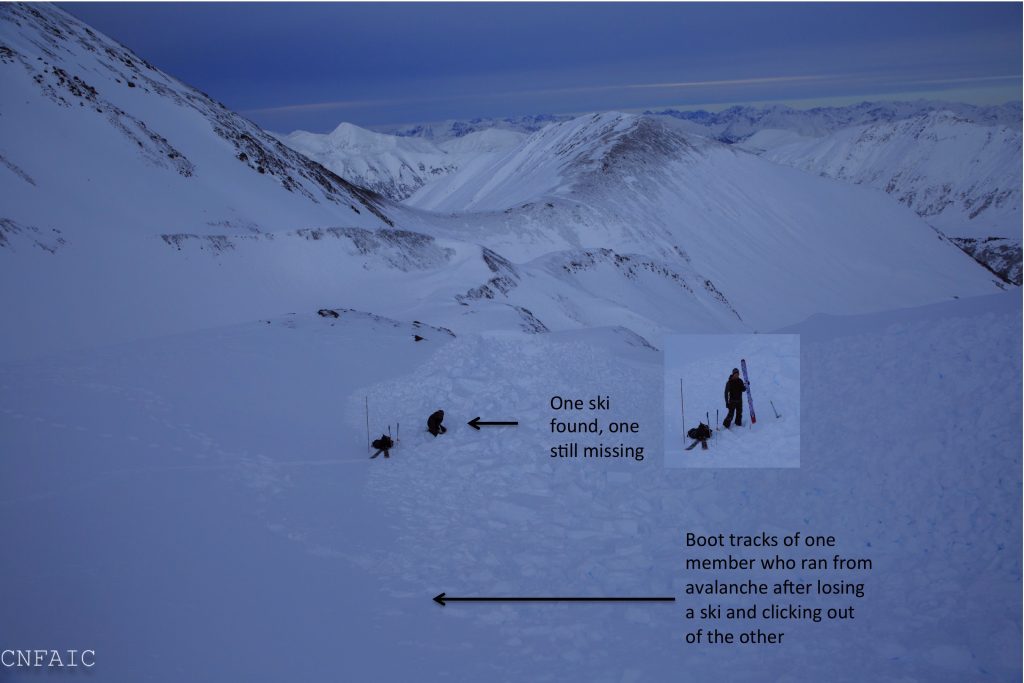 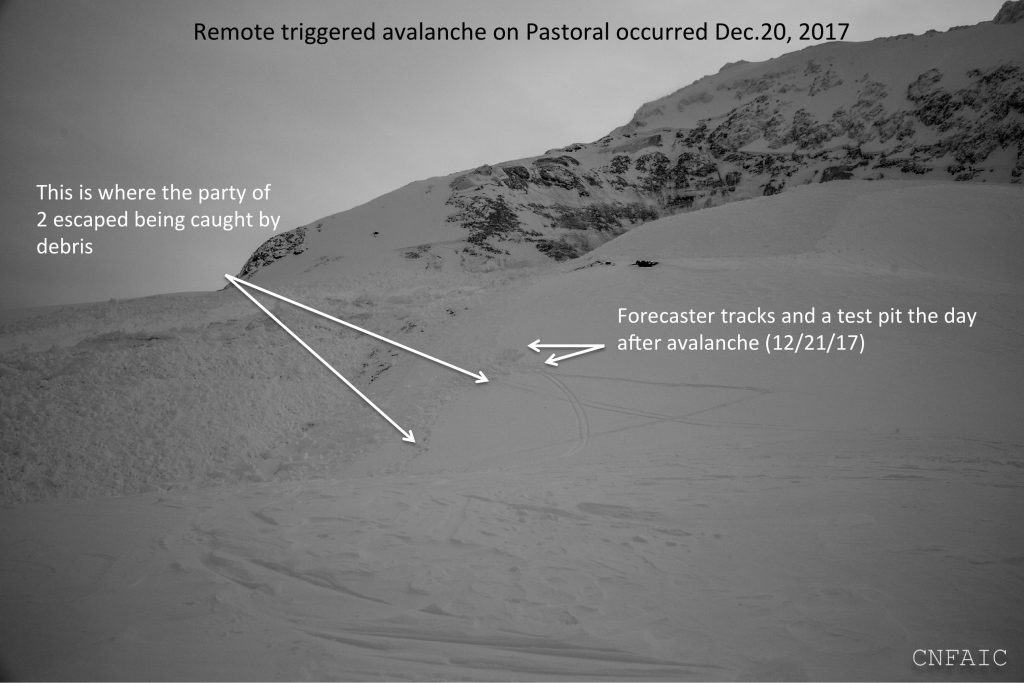 Snowpit profile and photo snow structure at 3725'. Pit location is shown in above diagram. 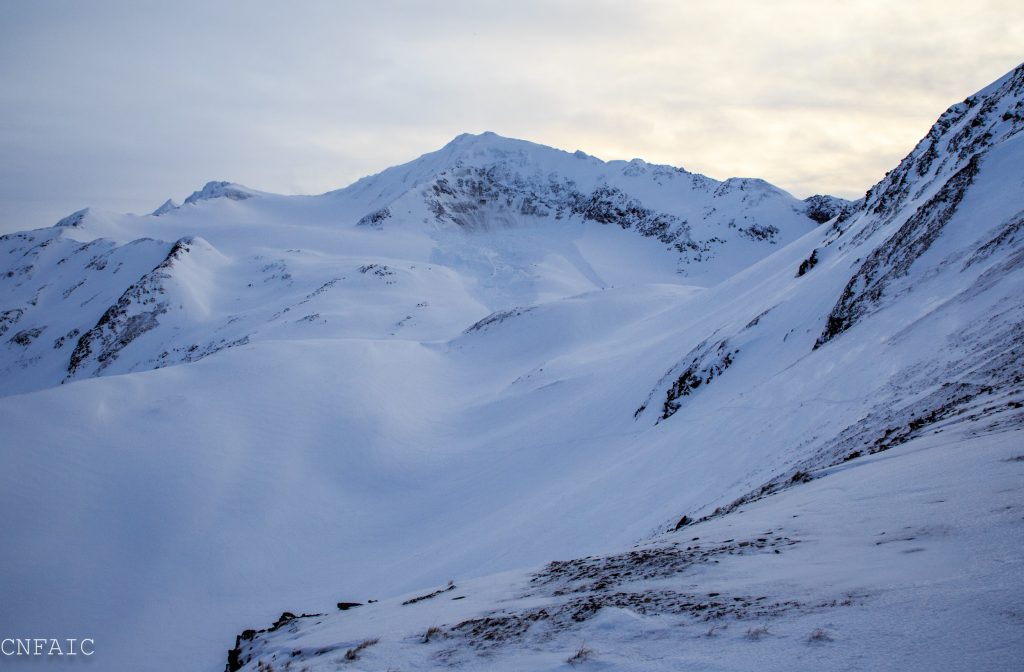 View of remote triggered avalanche on NW face of Pastoral from Taylor Pass, and a sympathetic avalanche on far left-center side of photo 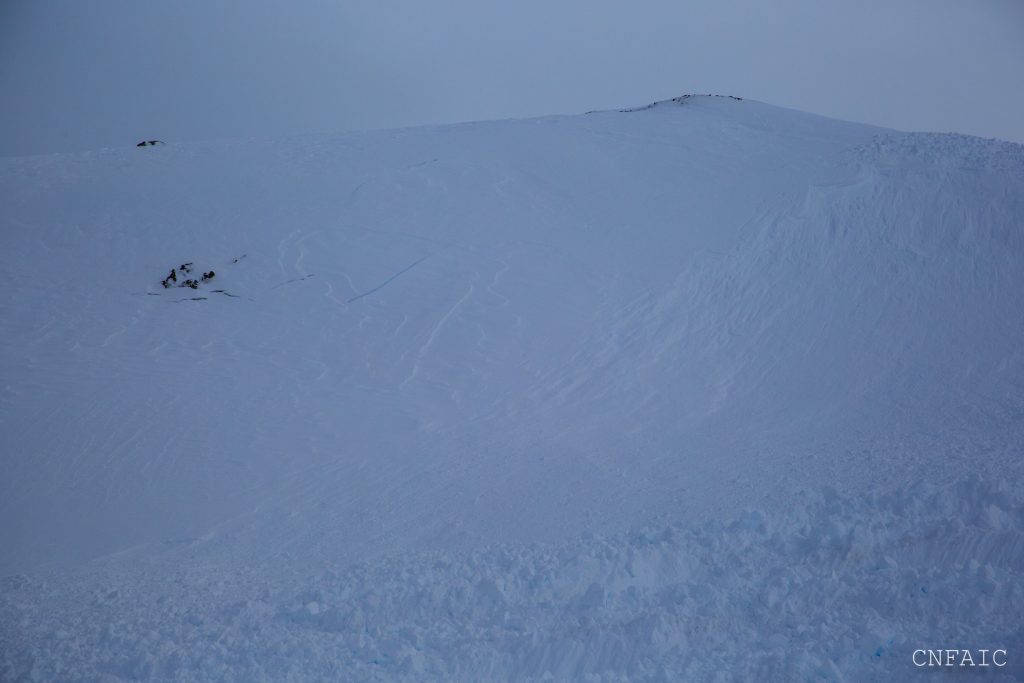 Several large cracks where adjacent to runout on smaller features that did not release during avalanche. 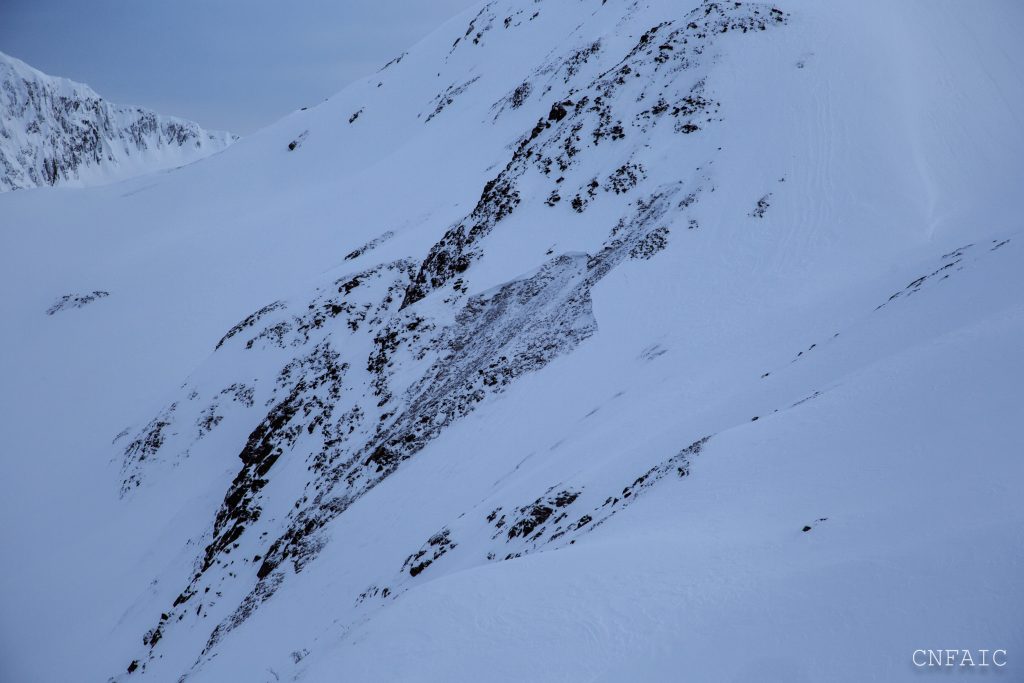 Close up of secondary avalanche that most likely released sympathetic to the larger avalanche on Pastoral. 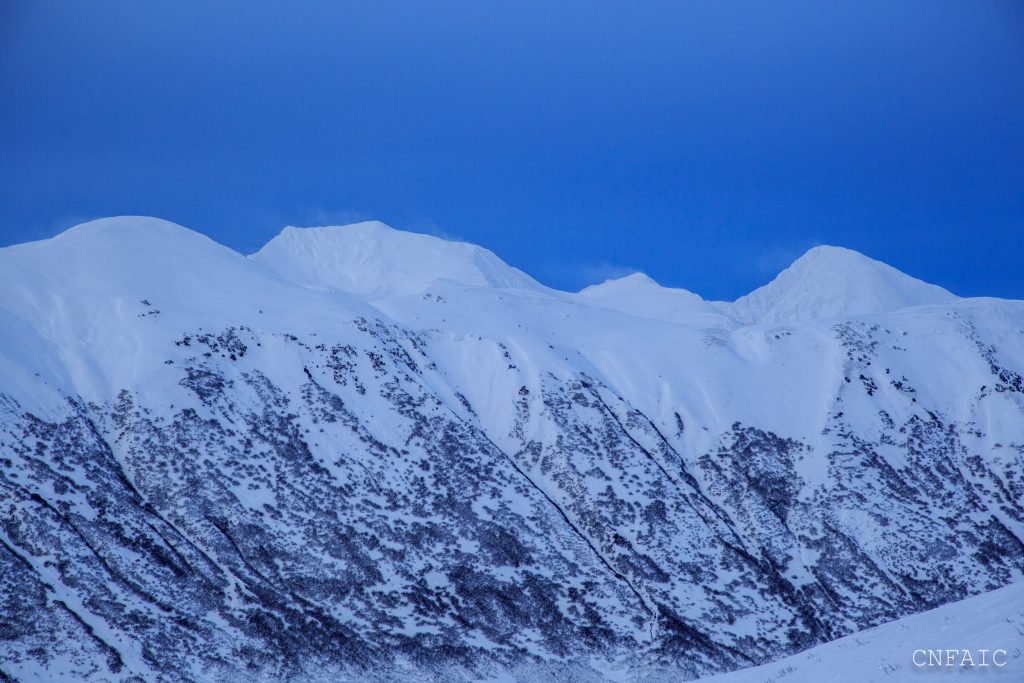 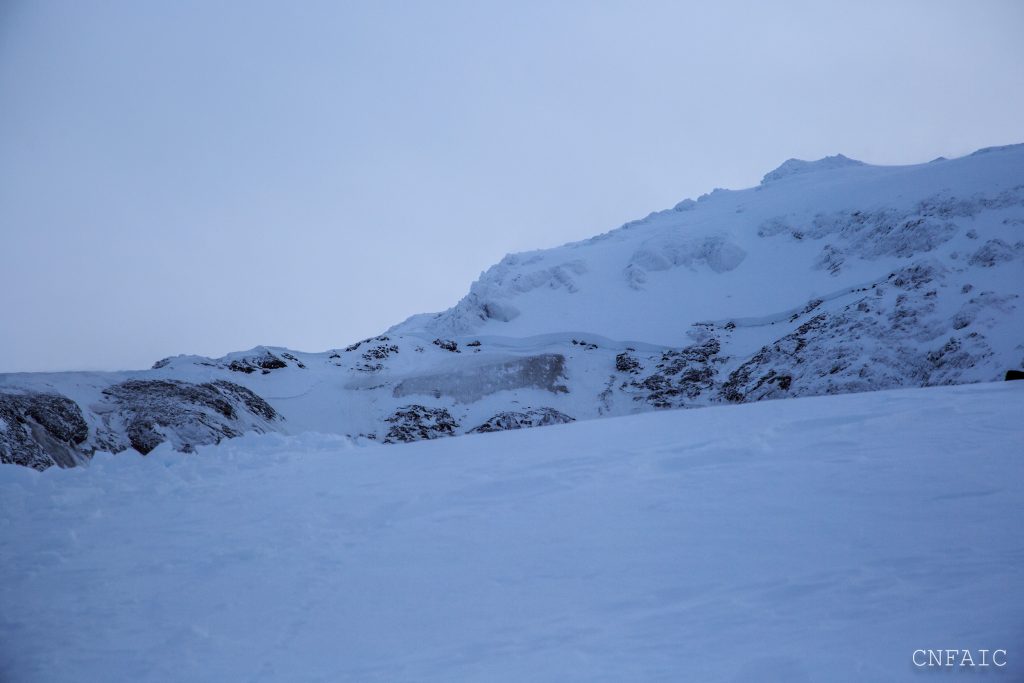 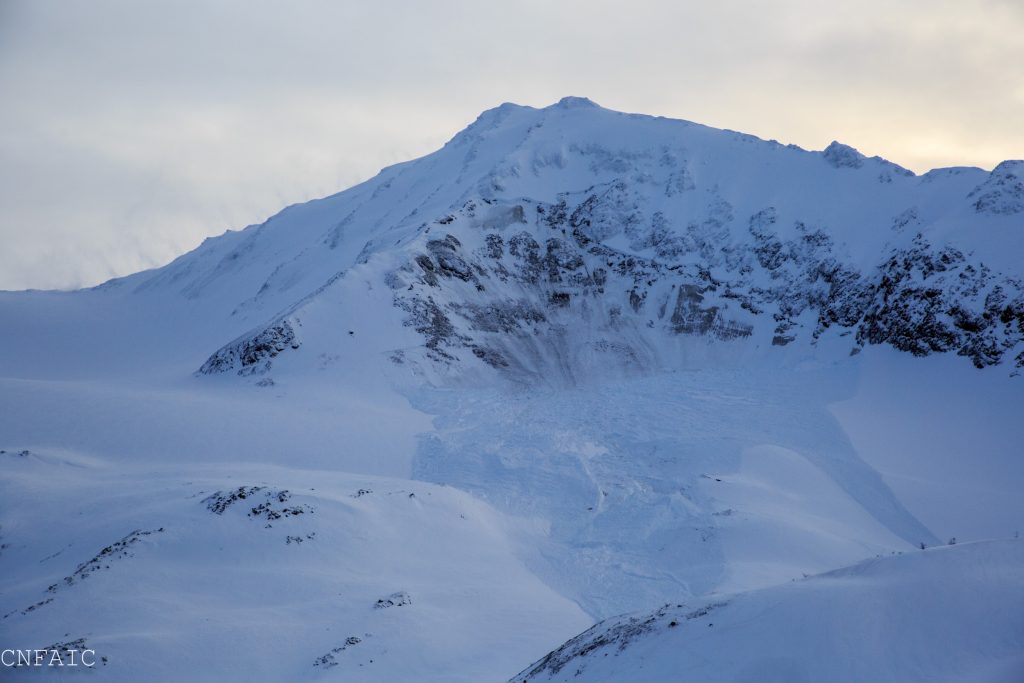 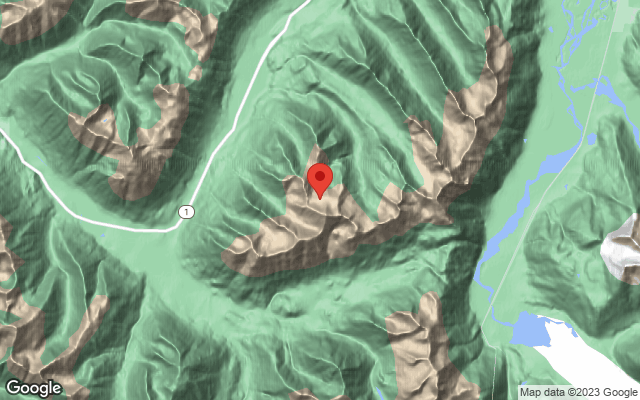