Today I took a look at Lost Lake from Cooper Landing side and travelled to the
west end of Lost Lake. At around 1430 we took a quick break before we turned
back to travel back to the vehicle. At 1500 a half a mile back on our tracks
we came across a slab avalanche that had come down naturally on South facing
aspect about 2/3 the way up a gully and had a crown face that was 2-3 feet deep
and 200-300′ wide. It slid the entire length of the gully before fanning out
with debris 75 yards wide and in most places 3 ft deep and in some areas as
deep as 6-8 feet deep.

This avalanche had come down between 1430-1500 since the debris covered some of
the sled tracks we made going past earlier on lower angle terrain just above
the valley floor. The sun and warmer temperatures weakened the slope with some
rocks showing at the end of the crown face and triggered this slab avalanche.
Sun warming the slope and rocks is the problem on southern aspects causing
natural avlanches that could easily bury someone in the afternoon. Older
slides were noted in the area and other sun affected slopes. 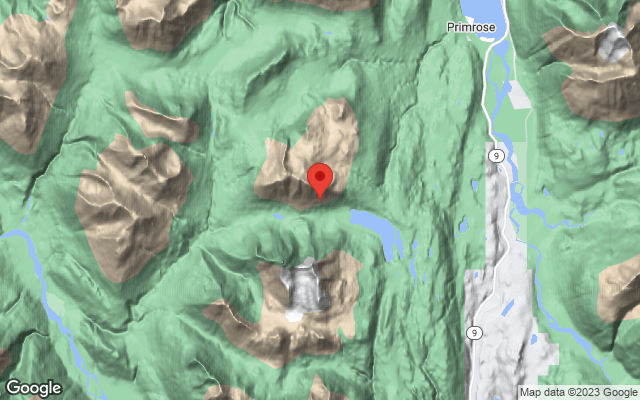